Fussing over goggles steaming up in the rain and fretting about fouled spark plugs, Jim Clark forgot that he’d switched off his fuel pumps to avoid the latter. He remembered just as the carbs of his Lotus ran dry and the soggy flag dropped. 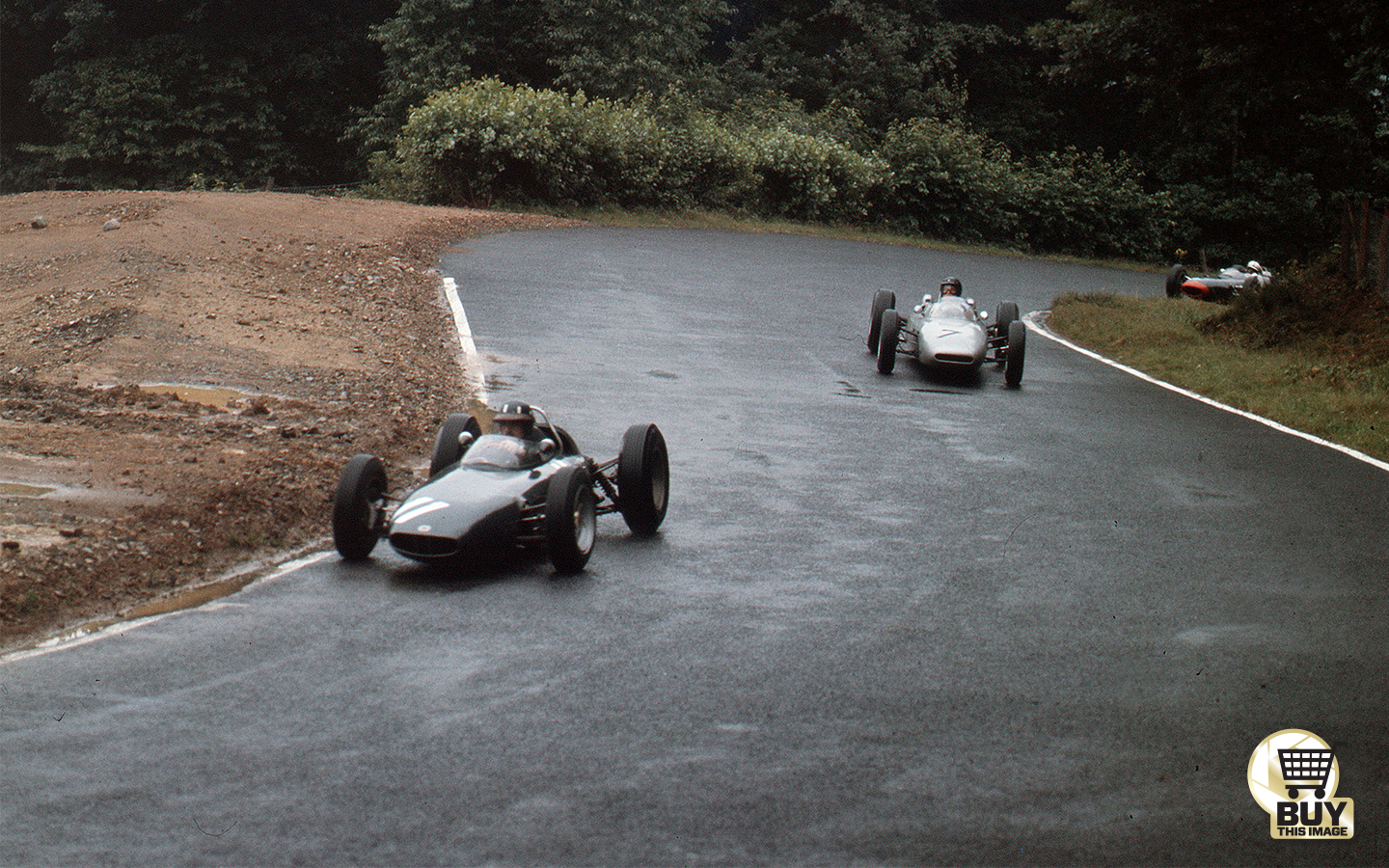 Angry at his schoolboy error, he belatedly tore into the race determined to atone. He would drive faster in his career but never more wildly.

Tenth at the end of the first lap, he was fourth by lap eight. Freed from traffic, he immediately chopped eight seconds from the advantage of those ahead. Whereupon they responded to shed only two more to him next time around. The gap measured 14 seconds entering the 11th lap (of 15). Whereupon Clark scared himself silly with a tank-slapper of epic proportion. Realising that he was overstepping the mark, he settled for fourth. That he did so having got so close highlighted how brilliantly the leading three were performing.

The 1962 German Grand Prix on the Database

Graham Hill, whose BRM had taken the lead from Dan Gurney’s pole-sitting Porsche at the start of the third lap, and the Lola-Climax of John Surtees had circulated nose to tail throughout: harrying, jockeying, hoping to force a mistake. But none was forthcoming. Surtees annexed second on lap five while Gurney mulled over the best way of ‘relocating’ the battery suddenly adrift in his cockpit, but thereafter a status quo of the tingling variety gripped them and the crowd.

Hill’s BRM was faster on the long straight that funnelled them to the finish, but Surtees had a plan: get a good run exiting Schwalbenschwanz, nip by and then hold the centre of this narrow stretch of road. What he couldn’t factor in was the sudden appearance of a backmarker in his path.

Hill, the winner by 2.5sec, reckoned this to be his greatest drive. PF 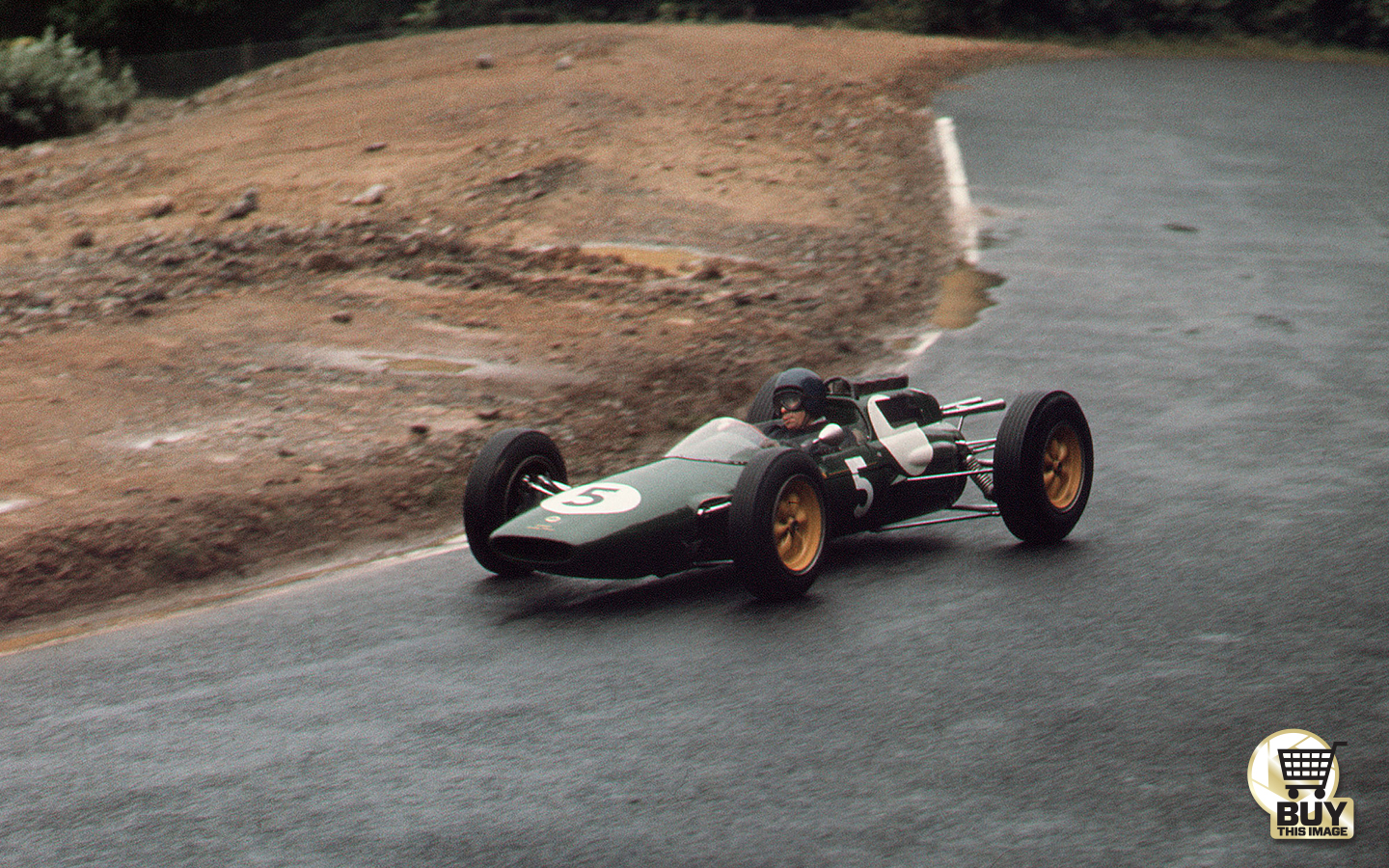