It had been 12 months since Rudi Caracciola wagged a finger, the established ace considering his young rival to be in over his head: but for a missed shift entering the home straight, Bernd Rosemeyer would have won the 1935 Eifelrennen, too… 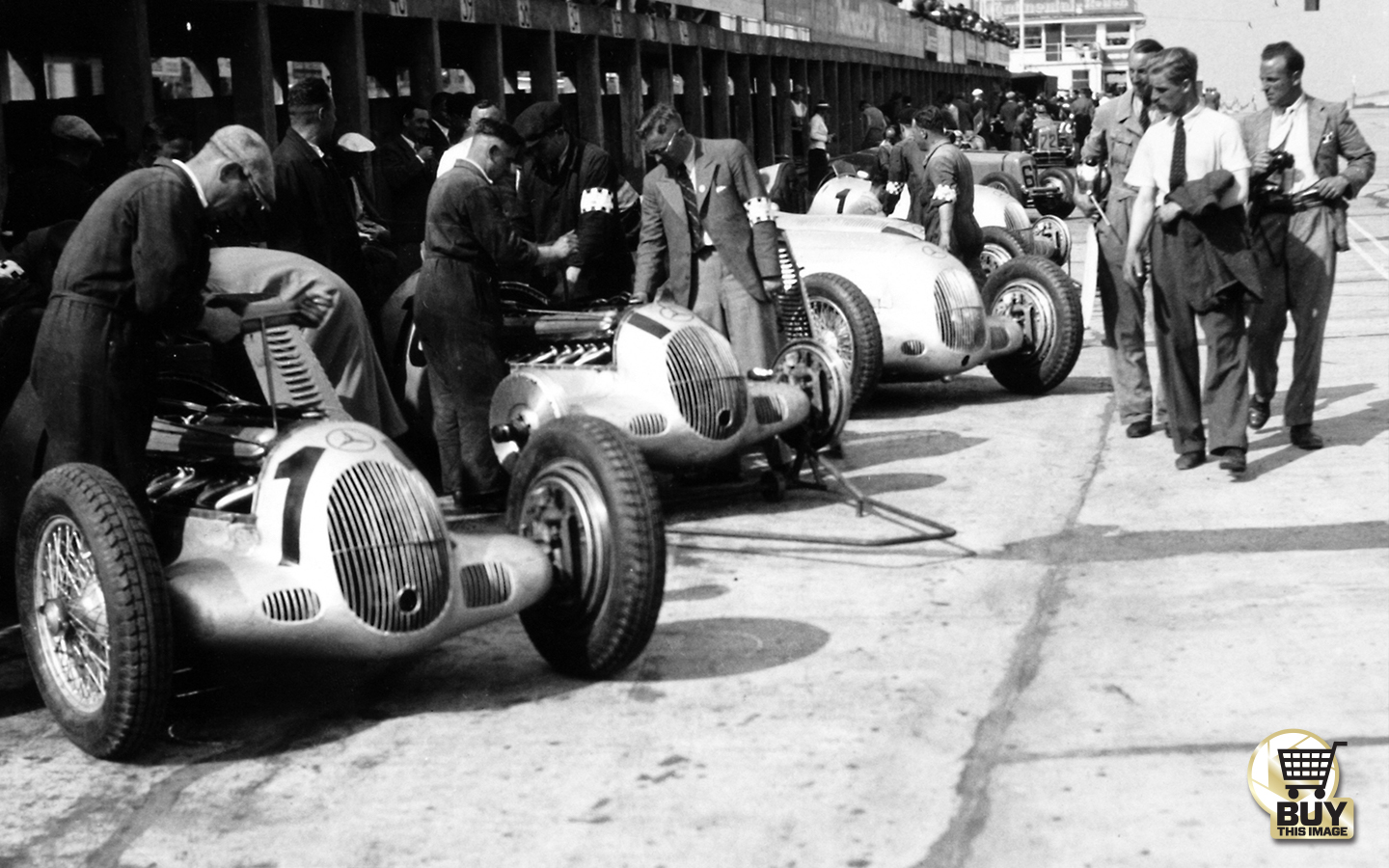 Caracciola was correct in that Rosemeyer’s maiden season would prove to be a curate’s egg. Despite topping it off with a victory at Brno in Czechoslovakia, Bernd had much to learn. Where Caracciola erred – and how possibly could he have known? – was that Rosemeyer was a genius: a natural, ideal for an ‘unnatural’ car. This he demonstrated at a Nürburgring wrapped in an unsafe blanket of fog.

Caracciola and Tazio Nuvolari, the era’s two finest, led the early wet stages of this 10-lapper, with Rosemeyer, who had endured a difficult start to the season, keeping a watching brief: Mercedes-Benz, Alfa Romeo, Auto Union.

Caracciola soon retired and Nuvolari took the lead. The Alfa had 60bhp less than the chasing Auto Union but handled better – and was driven by the superstar who had pulled off a sensational victory in the previous season’s German GP at the same circuit.

All the more astonishing, therefore, that Rosemeyer, apparently unconcerned by the diminishing visibility – down to 20 metres in places – should sweep ahead and boom into the gloom. He lapped half a minute faster than his rival from thereon to win by more than two minutes. The 300,000 crowd could scarcely believe its eyes. Rosemeyer trusted his implicitly. PF