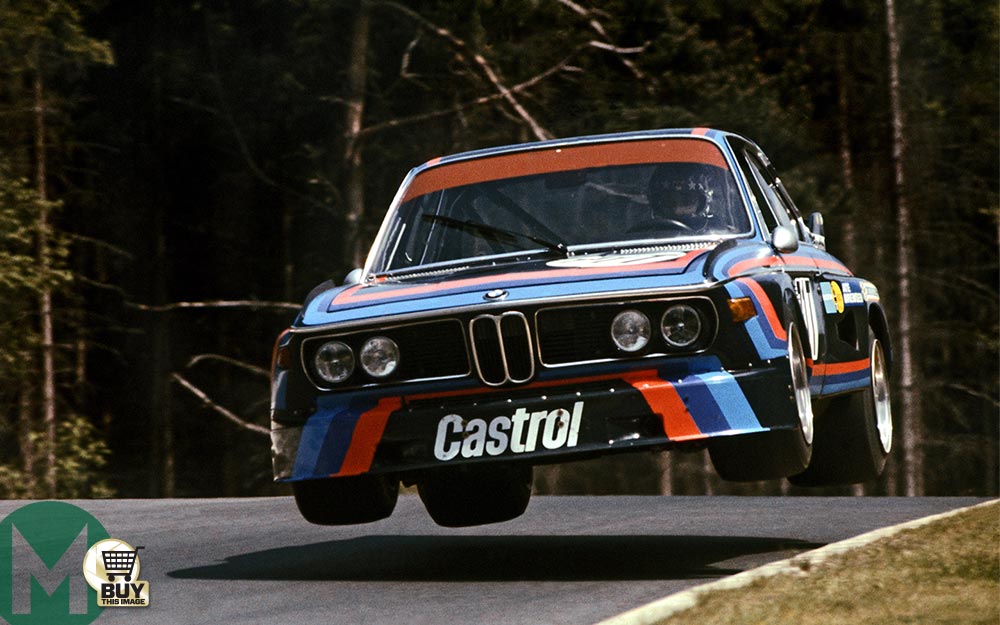 Over the years, how many great motor racing dynasties have there been? Andretti and Unser certainly, Fittipaldi and Brabham too. Germany, however, also lay claim to their own – die Stuckrennfahrerdynastie. Hans-Joachim, the second generation of Stuck to go racing, is the son of pre-war great Hans Stuck and enjoyed success during a career spanning four decades.

“My father taught in the race driving school at the Nürburgring,” Stuck explained to Motor Sport. “I was just nine years old when he first let me drive a couple of full laps, seat right forward, sitting on a cushion.

“After that I did a lot of laps. My father was worried. He knew a racing driver’s life can be very hard with injuries and money, but it was too late already.”

Hans-Joachim’s talent was first recognised by BMW tuner Hans-Peter Koepchen, who entered him into his first race, aged 18, in a BMW 2002 at the Nürburgring.

“No seat belts, no overalls, just shirt and jeans and open-face helmet. I already knew the track, every kilometre,” recalled Stuck.

Impressing during his first race performance, Hans-Joachim was entered into the circuit’s first 24-hour race just one year later.

“We won it outright. It was so different in 1970: no catering, no motorhomes, nowhere to change or shower, no girls to massage you. The state of the art then was sitting on a camp chair in the old pits for 24 hours, eating chips and drinking Coke.” 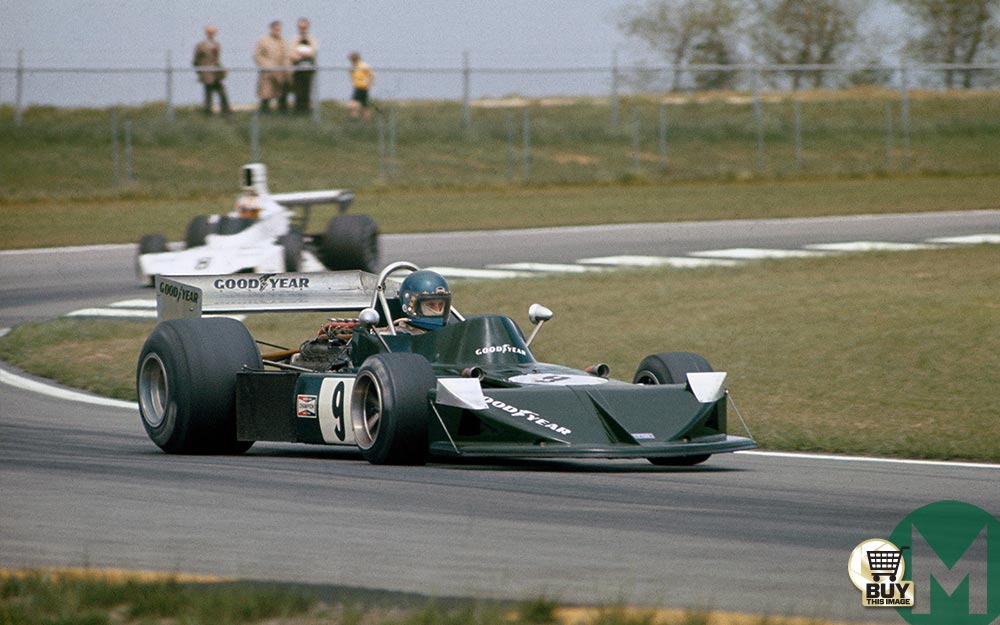 Trialing the chosen discipline of his father, renowned as the ‘King of the Mountains’, Hans-Joachim also couldn’t resist the attraction of hillclimbing.

“They were fun weekends,” Hans-Joachim recollected. “It was good training because in a race, if you make a small mistake, you can recover. In a hillclimb, if you make the smallest error you can never get the time back. You have to be very precise, starting on cold tyres, trying to memorise the track.”

Flirtations with single seaters began with F3 in 1970, culminating in a last-minute promotion to the March Formula 1 team in 1974 after a campaign in F2.

“I had never even sat in an F1 car before. My first try was in official Friday practice. I was going through a fast fourth-gear right-hander thinking ‘this is pretty good’ and … Eeeeowww! Niki Lauda’s Ferrari came past on the outside. I was 10 seconds off the pace!”

F1 podiums were the highlight of a tenacious single-seater career, which ultimately fell short of his ambitions. Stuck made the switch to sports and touring car competition, where he would enjoy extraordinary success.

“I knew I could get good drives in sports and touring cars, earn a good living, have more fun. I did Le Mans 18 times, the Daytona 24 Hours 16 times, and all the other long-distance races.”

Stuck’s career had initially gained momentum in 1972 with victory at the Spa 24 Hours, in a works Ford Capri shared with Jochen Mass. He established himself as a stalwart of sports car competition over the following seasons, winning prolifically in the USA with victories in IMSA and at the Sebring 12 Hours for BMW. 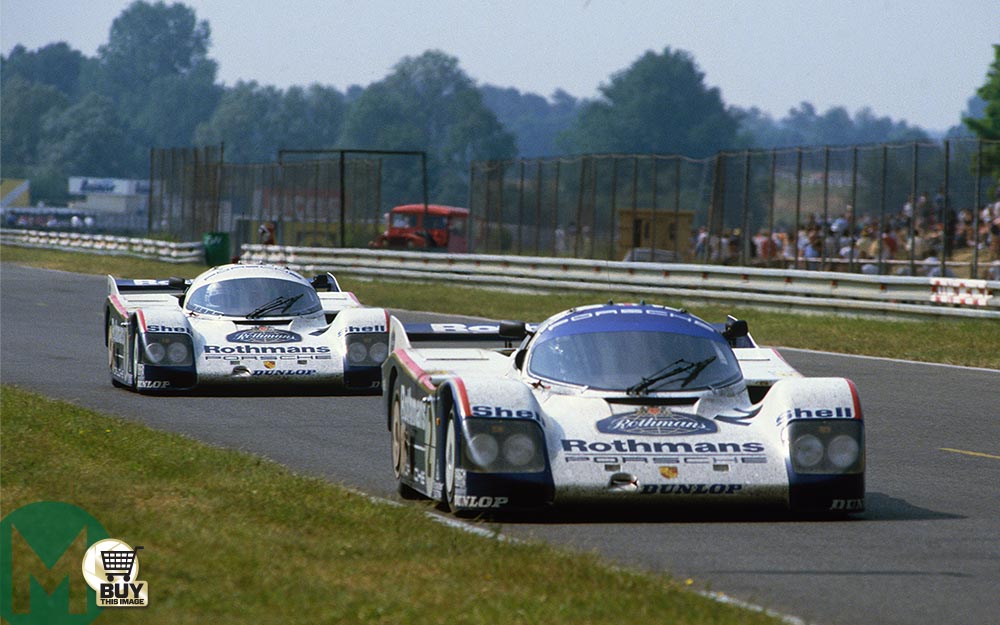 “In 1985 I joined Porsche,” he recalls, signed as the marque’s development driver.

“I did more kilometres at the Porsche test track at Weissach than anyone and I learned so much.”

Major success came with Porsche, claiming the World Sportscar title for the Rothmans Porsche team in 1985 with Derek Bell and winning Le Mans the following two seasons. Though his Porsches weren’t all perfect. “The first GT1 was a terrible car, it never felt in one piece. It was like somebody was sitting in the back and steering, although at Le Mans in 1996 Thierry, Bob Wollek and I brought it home second overall, first in class. The later GT1 was much better, but a heavy mother to drive.”

Between his Group C and GT1 factory outings with Porsche Stuck defected to Audi, where he was active in the development of its four-wheel drive campaigns in Trans-AM, IMSA and DTM, claiming the latter title in 1990.

“I put my years at Audi up there with the other successful periods of my career,” he admits.

The Stuck name has become synonymous with the Nürburgring and Hans-Joachim claimed his third victory at its 24-hour race in 2004, 34 years after his first. Stuck recalled competition in the M3 GTR for Motor Sport.

“Driving a car like that in your 50s, with team-mates like Jörg and Dirk Müller, is something that I can only describe as a little bit of magic. To win the 24 Hours again at the ‘Ring was amazing.

“If someone looks at the history books and sees that this guy Stuck has won that race three times — in 1970, 1998 and 2004— they would never believe that it is the same person. I feel privileged that I still race with a factory contract at my age.

“Since I was nine years old, I have probably driven more laps of the Nordschleife than almost anyone else on earth. When I am bored, like when I was lying in the CT machine having my head scanned, I just drive laps of the ‘Ring in my head, every gearchange, every apex.”

A fan favourite for his flamboyant and attacking style, Hans-Joachim continued to compete at the top of his game until 2011 when, four-decades on from his tender-aged debut, Hans-Joachim called time on a fine racing career.

Stuck fittingly concluded his career where it all began, on the Nürburgring Nordschliefe during the 24-Hours race. Partnering his two sons, Johannes and Ferdinand, Hans-Joachim ensured that ‘die Stuckrennfahrerdynastie’ will continue with strength.