In August 1954 Juan Manuel Fangio won the German Grand Prix in a Mercedes-Benz W196. The following year the race was cancelled, following the Le Mans disaster, but in 1956 it was back on the calendar, and Fangio won it in a Lancia-Ferrari D50. 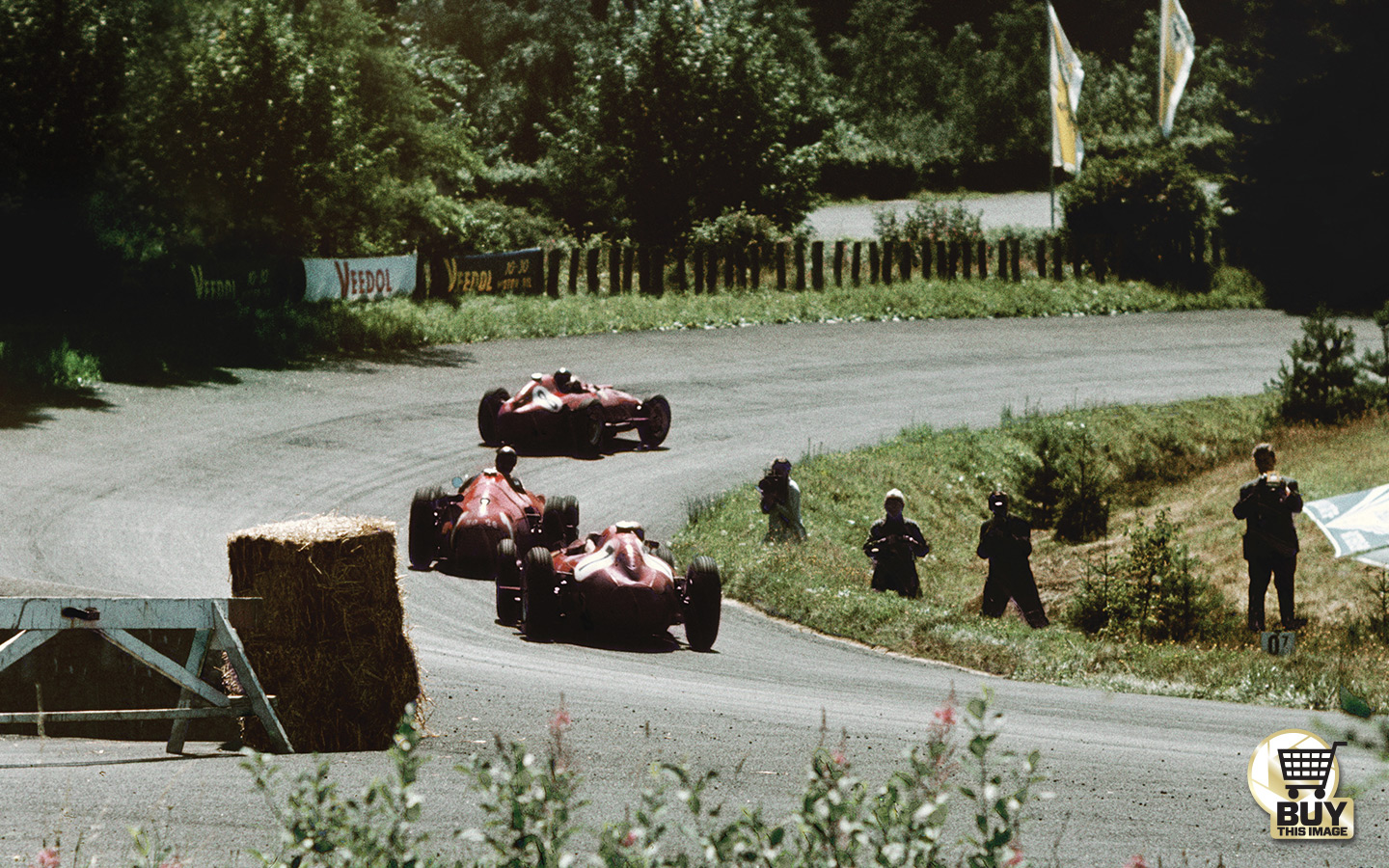 In ’57 he won it once more in a Maserati 250F – a hat-trick at the Nürburgring, in three different makes of car – and if this race has become something of a cliché in the folklore of the sport, that is of no account, for it was Juan Manuel’s greatest day of days.

The bare facts of the 1957 German Grand Prix are simple enough: it was Fangio against the Ferraris, for Vanwall, victorious at Aintree two weeks before, was in terrible trouble with its shock absorbers at the Nürburgring, to the point that Moss, Brooks and Lewis-Evans were effectively also-rans: “We had our own motor race,” said Stirling, “running seventh, eighth and ninth in the early stages. I finished fifth in the end, very stiff and sore and exhausted…”

Vanwall’s unexpected lack of competitiveness left only Hawthorn and Collins to offer any kind of challenge to Fangio, and from pole position Juan Manuel duly led them away, building up a lead of 30 seconds by half-distance. Unusually for those days, though, he and Maserati had planned a pitstop, so that he started the race on half tanks, and then came in, after 12 of the 22 laps, for fuel and fresh tyres.

View the full result on the Database

Even by the standards of the day, it was not a swift stop, and by the time he went back out Fangio was close to a minute behind the Ferraris. Initially he made little impression, and they felt relatively secure, which was a big mistake. Only every 10 minutes or so could pit signals be hung out, and in the course of a single lap Juan Manuel could do a lot of damage. By lap 16 he had halved the Ferraris’ lead, and by lap 21 was right on them, then past.

In the course of his victorious drive the previous year Fangio had left the lap record at 9min 41.6sec; this time, in his pursuit of Collins and Hawthorn, he went round in a staggering 9min 17.4sec – 11 seconds faster than even his own pole position.

“I loved that Maserati,” he told me. “It wasn’t very powerful, but it was beautifully balanced – I felt I could do anything with it. Even now, sitting here with you all these years later, when I think of that race I can feel fear. The Nürburgring was always my favourite circuit – I loved it, all of it, and I think that day I conquered it, but on another day it might have conquered me, who knows?

“Afterwards I knew what I had done, the chances I had taken – I believe that day I took myself and my car to the limit, and perhaps a little bit more. I had never driven like that before, and I knew I never would again…” NSR 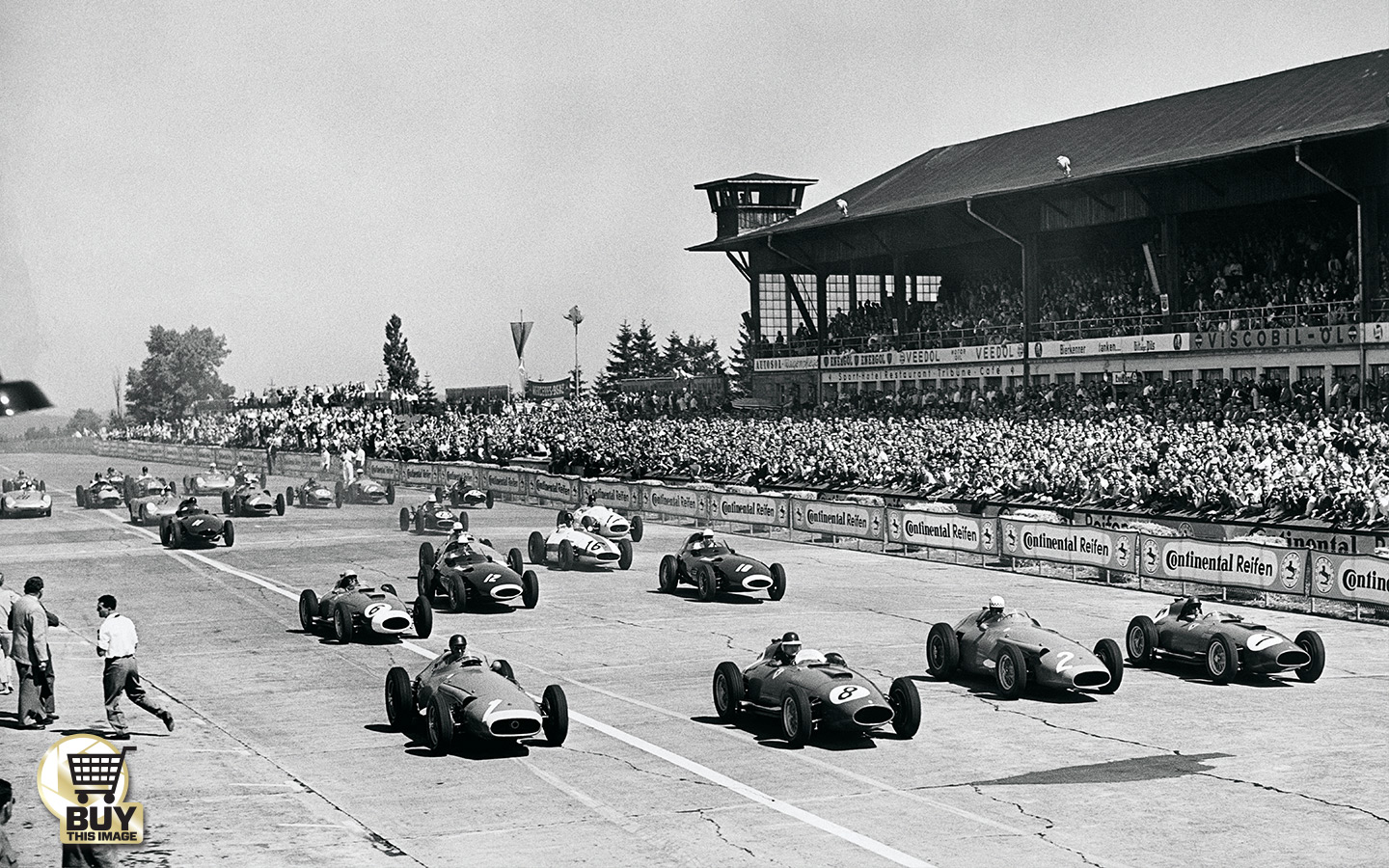