Was £100,000 ever better spent in Formula 1? It’s hard to see how. Ford’s top brass travelled to the circuit in the Dutch sand dunes to witness their big investment’s bow, to be rewarded with a searing landmark in the history of Grand Prix racing. 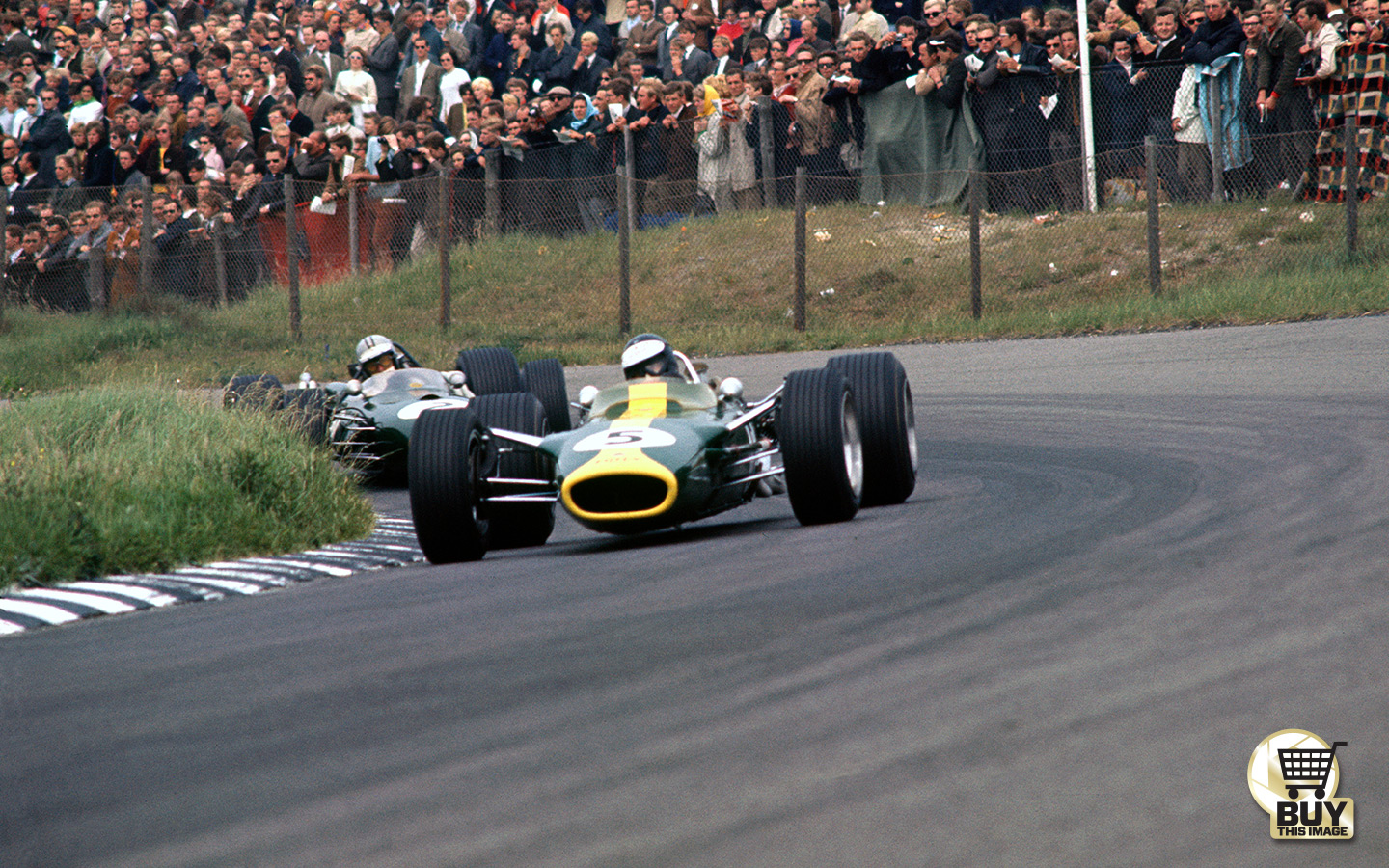 The race itself was hardly thrill-a-minute, but that’s irrelevant: this was a ‘great’ Grand Prix for what it represented. Cosworth’s Double Four Valve V8, the most successful and important engine in F1 history, arrived in a blitz of fastest practice times and a stunning debut race victory. What’s more, Colin Chapman’s all-new Lotus 49 to which it was bolted relied on the DFV for more than power. For the first time, both chassis and engine were mated as one, the block a fully integrated stressed member. Once again, Chapman had changed everything.

View the 1967 Dutch Grand Prix on the Database

Perhaps true justice would have awarded Graham Hill this historic win. After all, he’d carried out the development tests in 49/1. Indeed, it was Graham who set the practice pace while team-mate Jim Clark lost learning time in newly minted 49/2 with a hub failure. But despite taking a commanding lead from the start, Hill’s DFV failed him, broken teeth on camshaft driving gears changing the passage of fate. Clark, catching up for lost time, played himself in and then struck, passing Jochen Rindt and Jack Brabham on consecutive laps. As Jenks described in Motor Sport, from there he “just motored relentlessly into the distance”.

Hill’s failure was more indicative of the short-term frustrations of the DFV in that ‘summer of love’. But for now, the significance of Clark’s peerless performance was clear to all: a new F1 superpower was born. DS 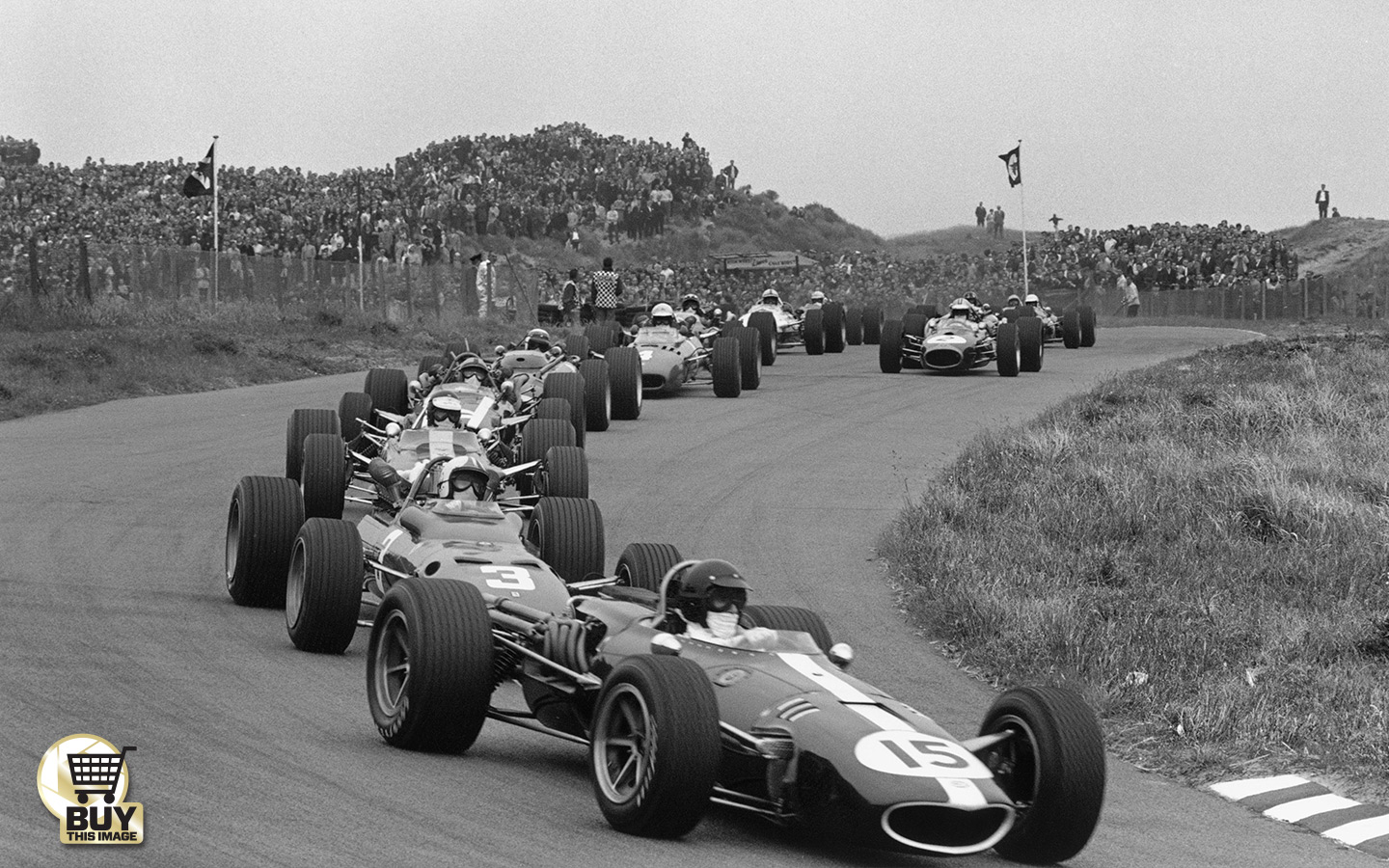