Funny to think that the Swiss Grand Prix was once perceived as a staple – an ever-present fixture once the FIA had followed the Fédération International de Motocyclisme’s example by creating a world championship.

That all changed in 1955, when the Swiss authorities banned circuit racing in the wake of the Le Mans disaster and implemented a ban that endures to this day (although hillclimbs along mountain passes are absolutely fine, obviously).

Located to the north of Bern, Bremgarten was a long, challenging, tree-lined track and there was no reason to think it might be consigned to history within the year. As it turned out, the 1954 race would be an appropriate swansong – not so much a nail-biting classic but a showcase for Juan Manuel Fangio’s gift.

The 1954 Swiss Grand Prix on the Database

The Argentine took the lead at the start, his Mercedes heading Froilán González’s Ferrari and Stirling Moss’s Maserati. The Englishman soon moved up to second, but the leading Silver Arrow was fast becoming a shiny dot ahead.

Mike Hawthorn picked his way through the field to hold second for a while, but a sticking throttle delayed him and oil pump failure eventually sidelined his Ferrari. Moss retired for the same reason, allowing González to reclaim second, but such were mere details on a day when Fangio drove without flaw. He won by almost a minute and in the process clinched his second world title.

Today, a motorway bisects parts of the old track: fragments exist still, but clues to their glorious past are a touch scarce. SA 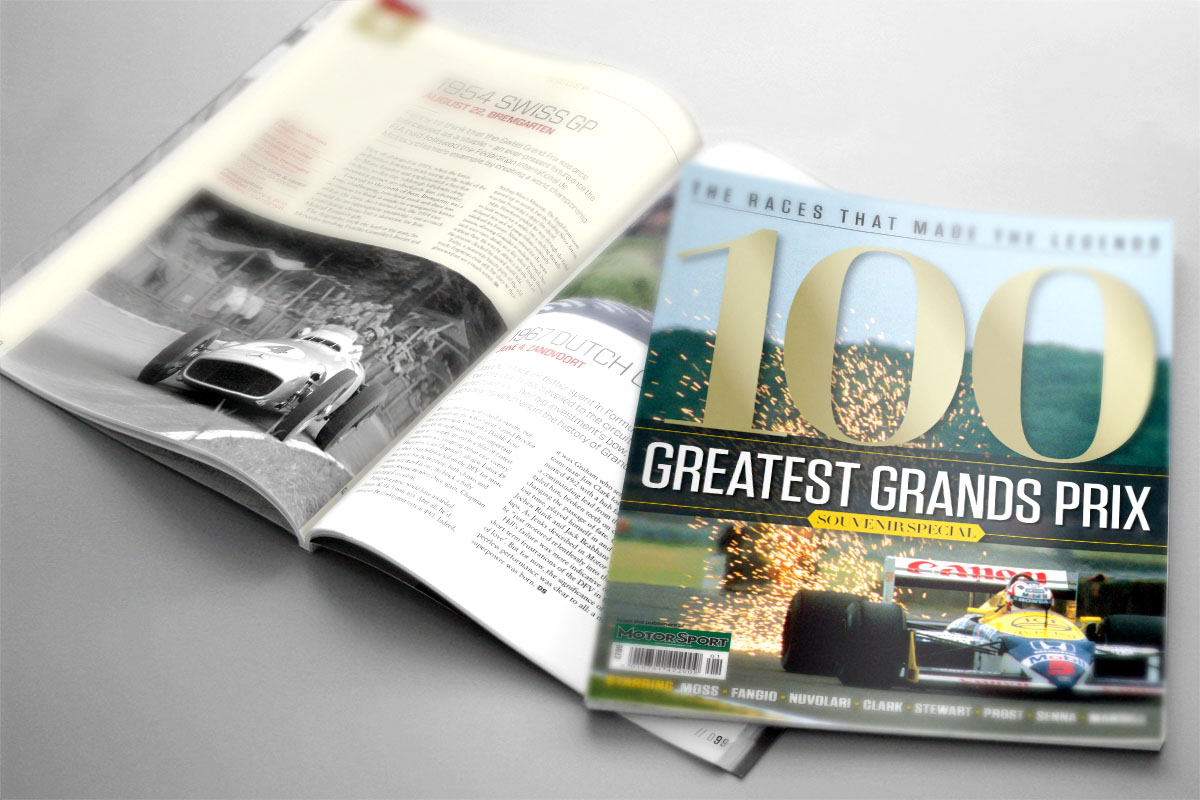