If ever proof were required to banish the notion that Gilles Villeneuve lacked finesse, this surely was it. Ferrari’s first turbo car was bullet-quick in a straight line, but that ought to have been less of an advantage in Monaco than anywhere else… 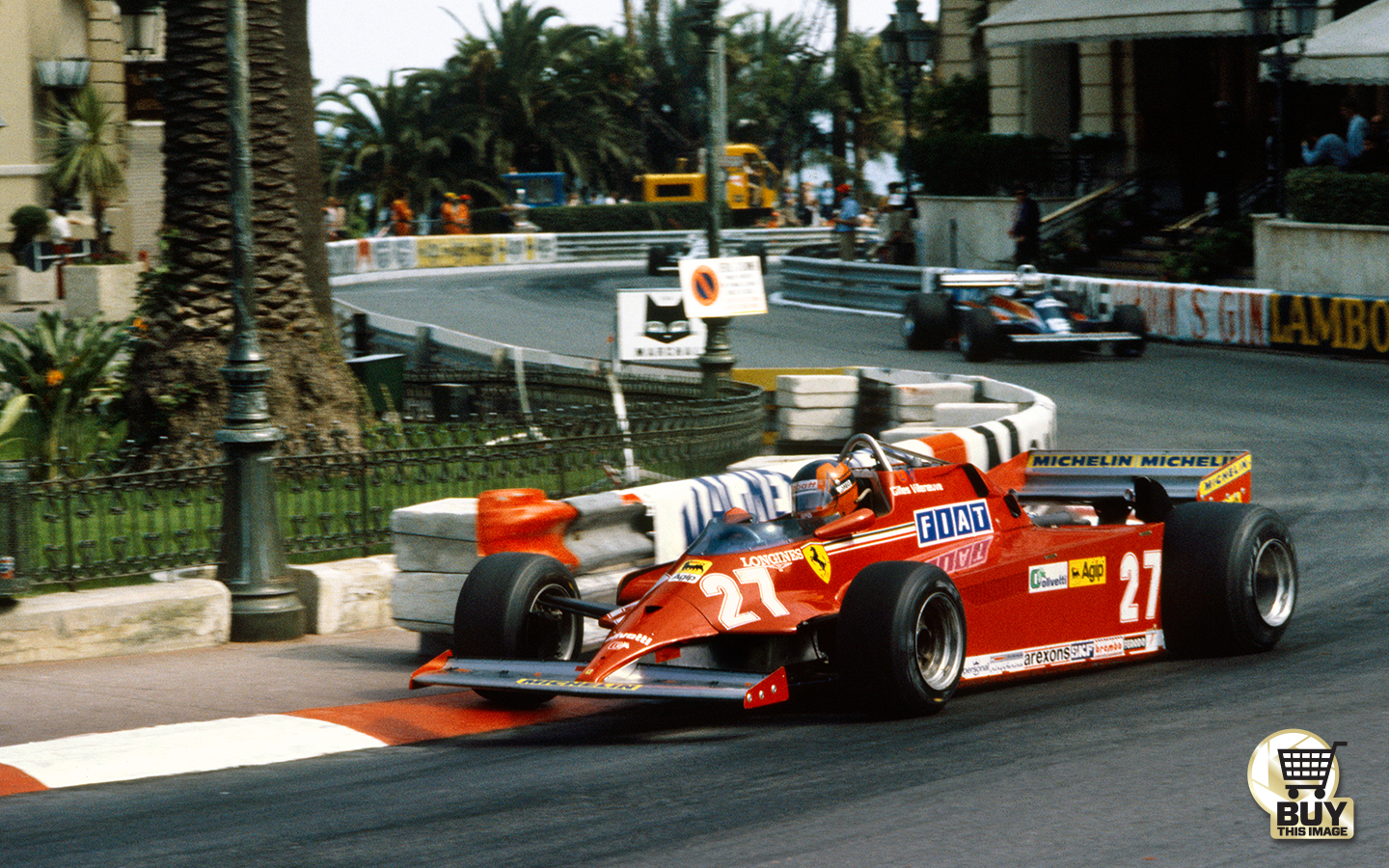 Didier Pironi qualified his 126 CK 17th, which was a more accurate barometer of the car’s potential, while Villeneuve was 2.476sec faster. It was a bit like putting a steroidal Triumph Herald on the front row.

It looked as though the French-Canadian’s qualifying cameo would count for little, though, with Nelson Piquet’s Brabham-Cosworth streaking away from pole position and controlling the race very comfortably. At least, he did once it eventually began.

Shortly before the scheduled start, a blaze had broken out in the Loews Hotel: it was swiftly put out, but the fire brigade’s extinguishant leaked through the floor and landed on the road below… which also doubled as the Monaco tunnel. “And that,” said Murray Walker, as the camera zoomed in, “is a very wet patch of water.”

It took about an hour before conditions were declared adequately dry, but the wait didn’t appear to faze Piquet. Later in the race, though, a couple of slower cars would…

The 1981 Monaco Grand Prix on the Database

After a moderately clean start – only two drivers failed to complete the opening lap, Mario Andretti and Andrea de Cesaris having collided at the exit of Ste Dévote – Villeneuve held second initially, but didn’t waste much time trying to defend against Alan Jones when the Williams closed in. He allowed the Australian room down the inside at Mirabeau – not much, but just enough – and Jones later complimented his adversary’s sound racecraft. He felt that Villeneuve would have gone off or broken his car if he had invested too much energy trying to keep the much more effective Williams at bay.

That sound judgment would be rewarded in due course. On lap 54, Piquet – aware that Jones was edging closer – came up behind Eddie Cheever’s Tyrrell and Patrick Tambay’s Theodore, both of which had previously been lapped. Rather than wait as Cheever sliced past Tambay, the leader allowed his line into Tabac to be compromised and slid straight into the Armco, his race run.

That left Jones with a sizeable advantage over Villeneuve, but then his Cosworth began to misfire. He had time to pit without losing his lead, but an airlock had developed in his fuel system and there was no quick fix. He rejoined only a few seconds clear of Villeneuve… and with his DFV still faltering. With four laps to go the Ferrari took the lead as they raced towards Ste Dévote, the springboard for one of Villeneuve’s finest and least likely victories. Jones and Jacques Laffite (Ligier) completed the podium, while Cheever and Marc Surer (Ensign) completed the top six – a fine result for the Swiss, who had to progress through pre-qualifying before being allowed to take part in the rest of the meeting.

Pironi? He plugged on to finish fourth, more than a lap in arrears. SA 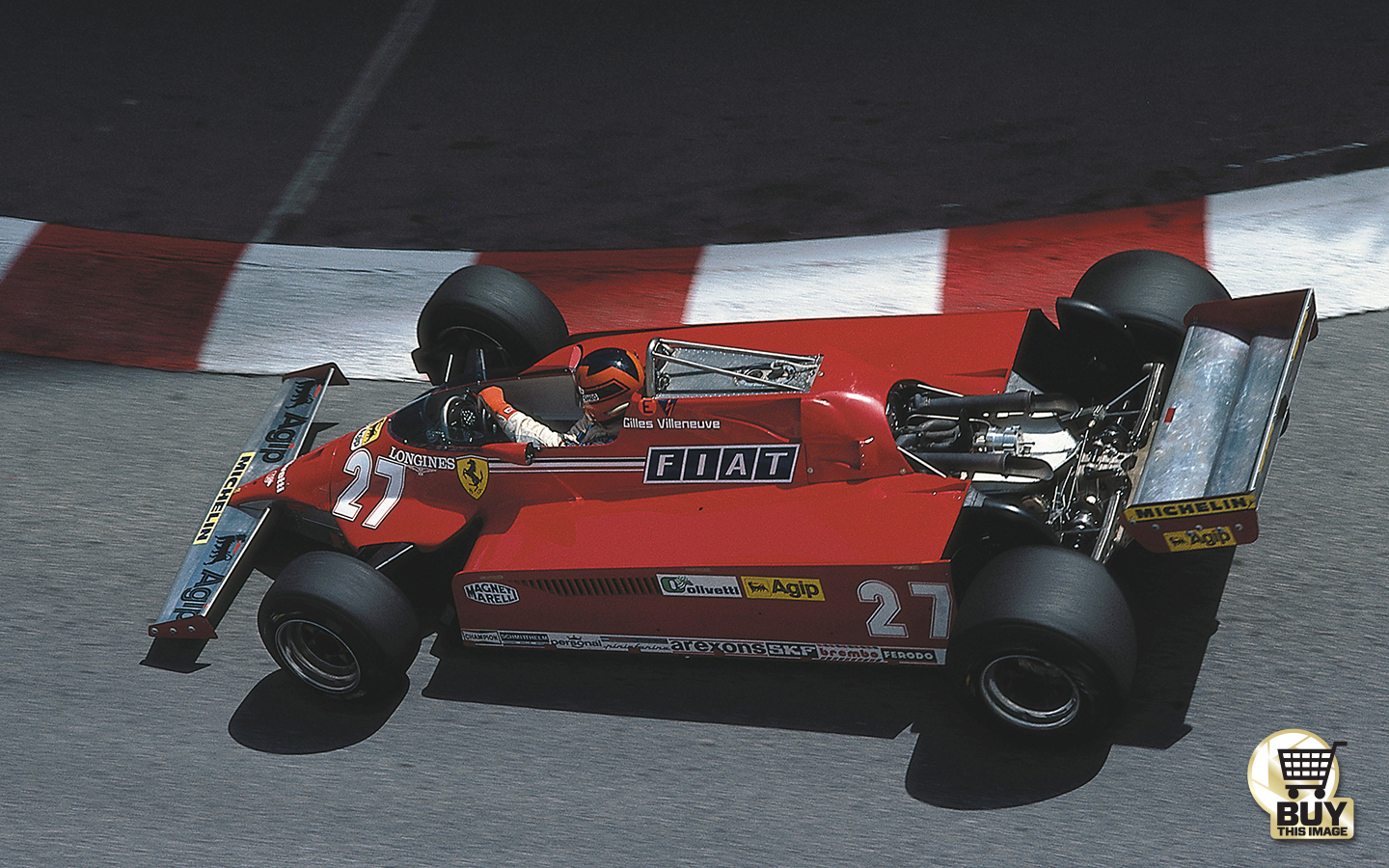