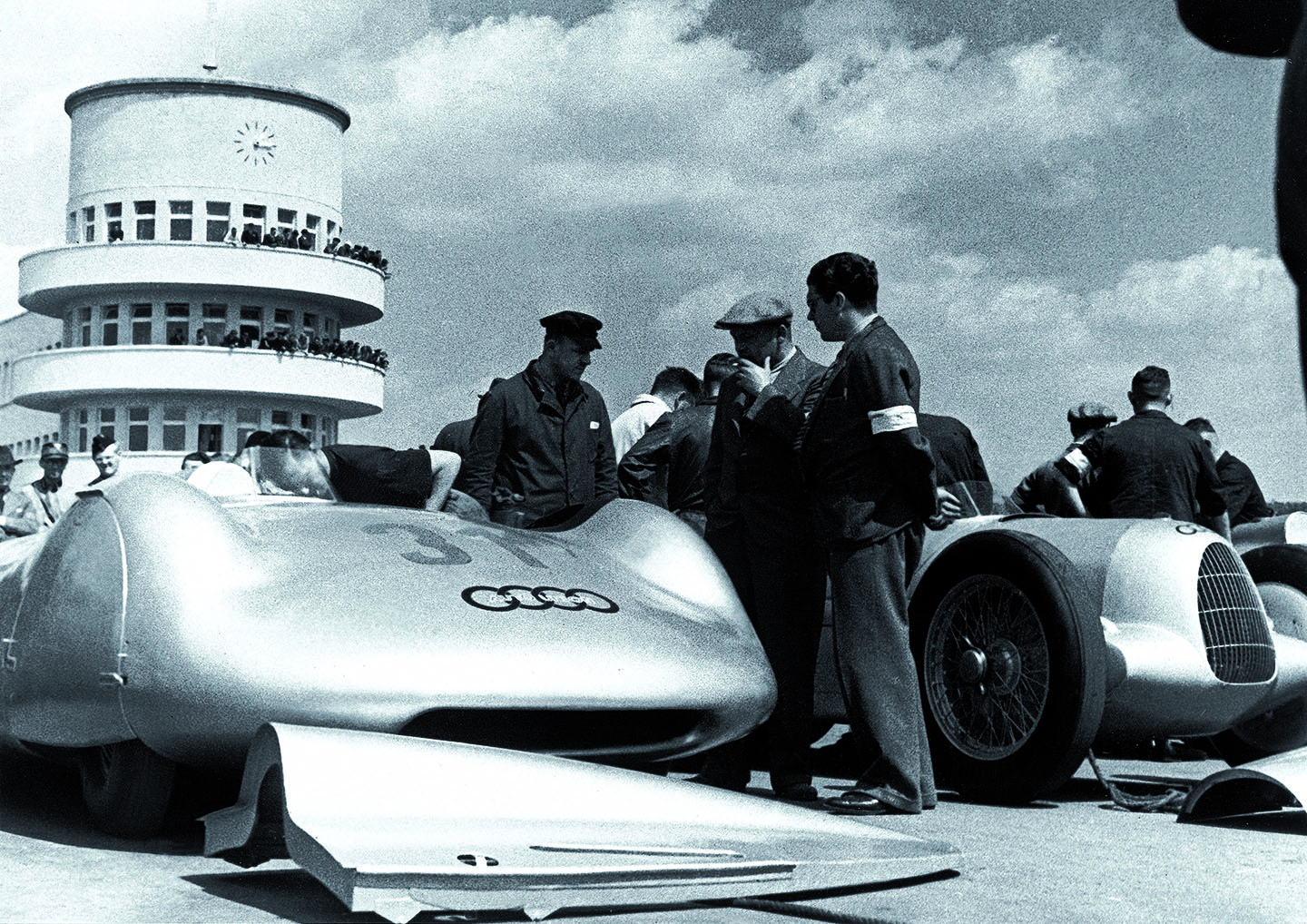 Not a Grand Prix, per se, but such was the entry’s quality that it counts in all but name. Hans Stuck was absent – competing in the next weekend’s Rio de Janeiro GP – but Auto Union’s other main drivers were present, as were those from Mercedes.

At the time AVUS was recognised as the world’s fastest circuit, Luigi Fagioli having averaged 148.3mph while winning the corresponding fixture for Mercedes in 1935. The track had since been modified, with a new, steeply banked North Curve that made it potentially brisker still – and the works teams’ multi-faceted approach reflected as much.

Auto Union brought along two streamlined speed-record cars for Bernd Rosemeyer and Luigi Fagioli, plus a brace of standard Type Cs for Ernst von Delius and Rudolf Hasse. Mercedes had a new streamliner for Rudolf Caracciola, while Manfred von Brauchitsch and Goffredo Zehender had V12-engined W25s, the former’s with a streamlined body. Hermann Lang had a stretched 1936 W25 speed-record car with a straight-eight engine and Dick Seaman was entered in a conventional W125 Grand Prix car, slower along AVUS’s long straights, but less likely to overheat its tyres.

The potential crudity of period aerodynamics was illustrated during practice, when Lang – running with closed wheels – found his fronts lifting at more than 200mph on the straight. He brought the car under control and asked Mercedes to remove the wheel covers. Rosemeyer set the quickest practice lap, during an unofficial session – 4min 04.2sec, 176.7mph (think about that, when the concept of everyday motoring equated to an Austin Seven) – but Fagioli was quicker when it mattered.

Drivers were separated into two six-car heats and the works drivers ran fairly conservatively in the first, to nurse tyres and ensure a non-stop race. Rosemeyer and Caracciola eventually indulged in a wonderful slipstreaming contest, taking the North Curve side by side on the final lap before Caracciola crossed the line seven tenths to the good.

The second heat was less well managed, the quicker initial pace taking its toll as Fagioli suffered transmission failure and Lang was delayed by a blown tyre. He rejoined, though, to finish third behind von Brauchitsch and Hasse.

Planning to stop once, Caracciola flew away at the start of the final – but von Brauchitsch was an early casualty, an oil line having come loose after the prevailing heat caused its solder to melt.

His car still on only 13 cylinders (as it had been towards the end of heat one), Rosemeyer ran second initially before having to make an early tyre stop and ceding to Lang. Seaman was pushing the latter, compensating his straight-line disadvantage with swifter cornering, but that would take a toll on his tyres, too. On lap three the leader retired, having suffered an identical failure to von Brauchitsch. Lang, luckily, had a newer-spec transmission without the solder. He went on to win from von Delius and Hasse – and his 162.594mph average made this the fastest race yet run. And in the first heat, Rosemeyer managed a fastest lap of 4min 11.2sec, or 171.78mph.

It would not be until 1968, when Joe Leonard took pole, that a driver qualified at more than 170mph for the Indianapolis 500… SA