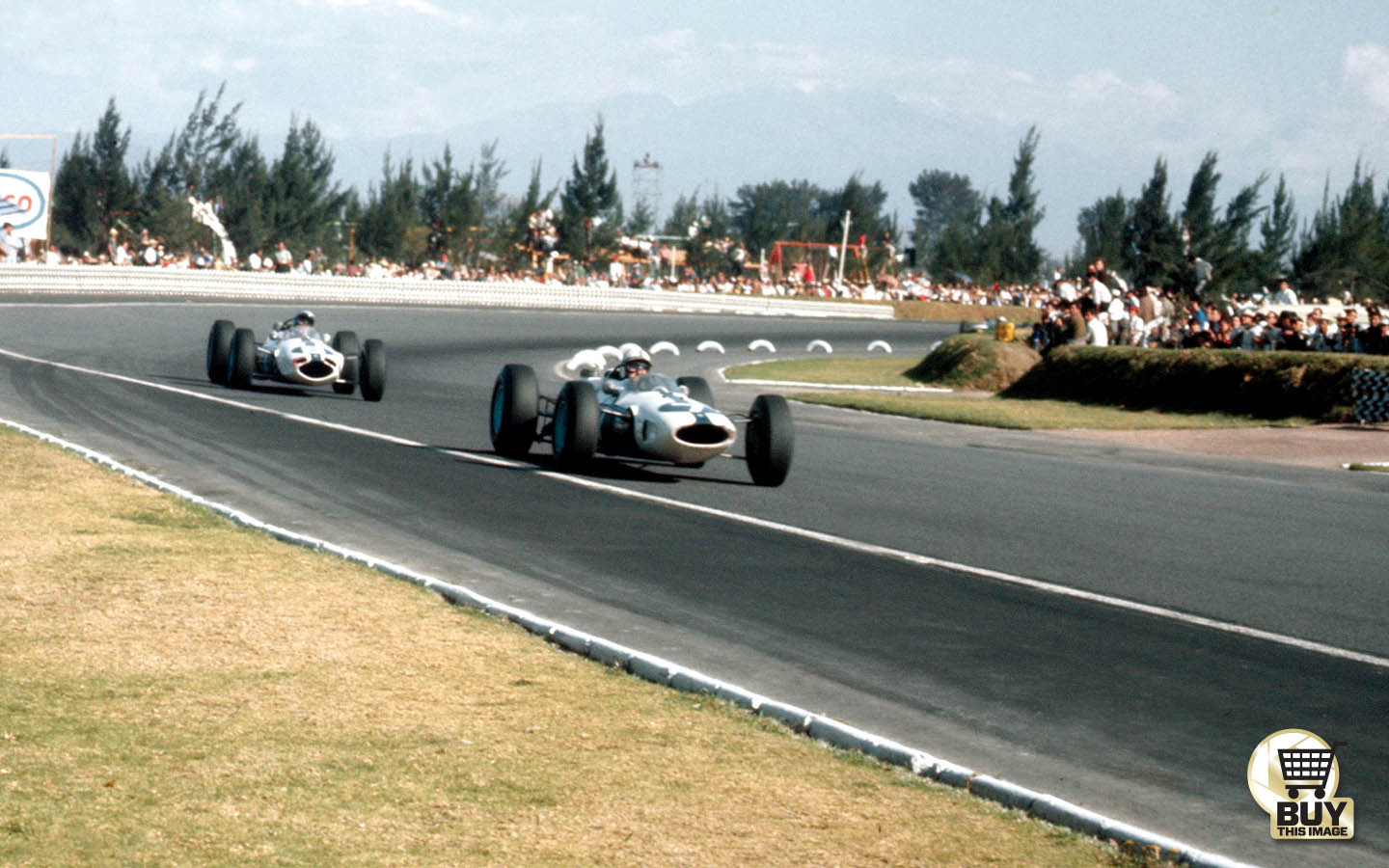 Two years after the dramatic seasonal finale in South Africa – Graham Hill taking race and title for BRM after Jim Clark’s Lotus sprang an oil leak – the same pair vied for the big prize again, this time with John Surtees as a third interested party.

Clark needed to win with Hill no higher than third, while second would suffice for Hill, irrespective of other results. Second might be enough for Surtees, so long as Clark was behind him and Hill – who had to drop one score, with only a driver’s best six results counting – finished no higher than third.

As was the custom throughout the early ’60s, Clark led away from pole with Dan Gurney (Brabham) running second ahead of Hill and Surtees’s team-mate Lorenzo Bandini.

Surtees was back in fifth – and seemingly out of title contention.

Hill’s chances were then partially torpedoed by Bandini, who ran into the BRM, spinning it around and damaging its exhaust pipe at the expense of a few bhp. Clark looked ever more likely a champion… although with a few laps to go his Climax V8 began to leak oil.

On the penultimate lap the leader was forced to park with a seized engine and the advantage passed to Hill, but only until Ferrari gave Bandini a signal to slow and let Surtees through. While Gurney swept to victory, Bandini complied during the final lap and, for the sake of one point, Surtees became the first – and so far only – competitor to secure world championships on both two wheels and four. In the space of a lap and a half, the title had changed hands three times. SA 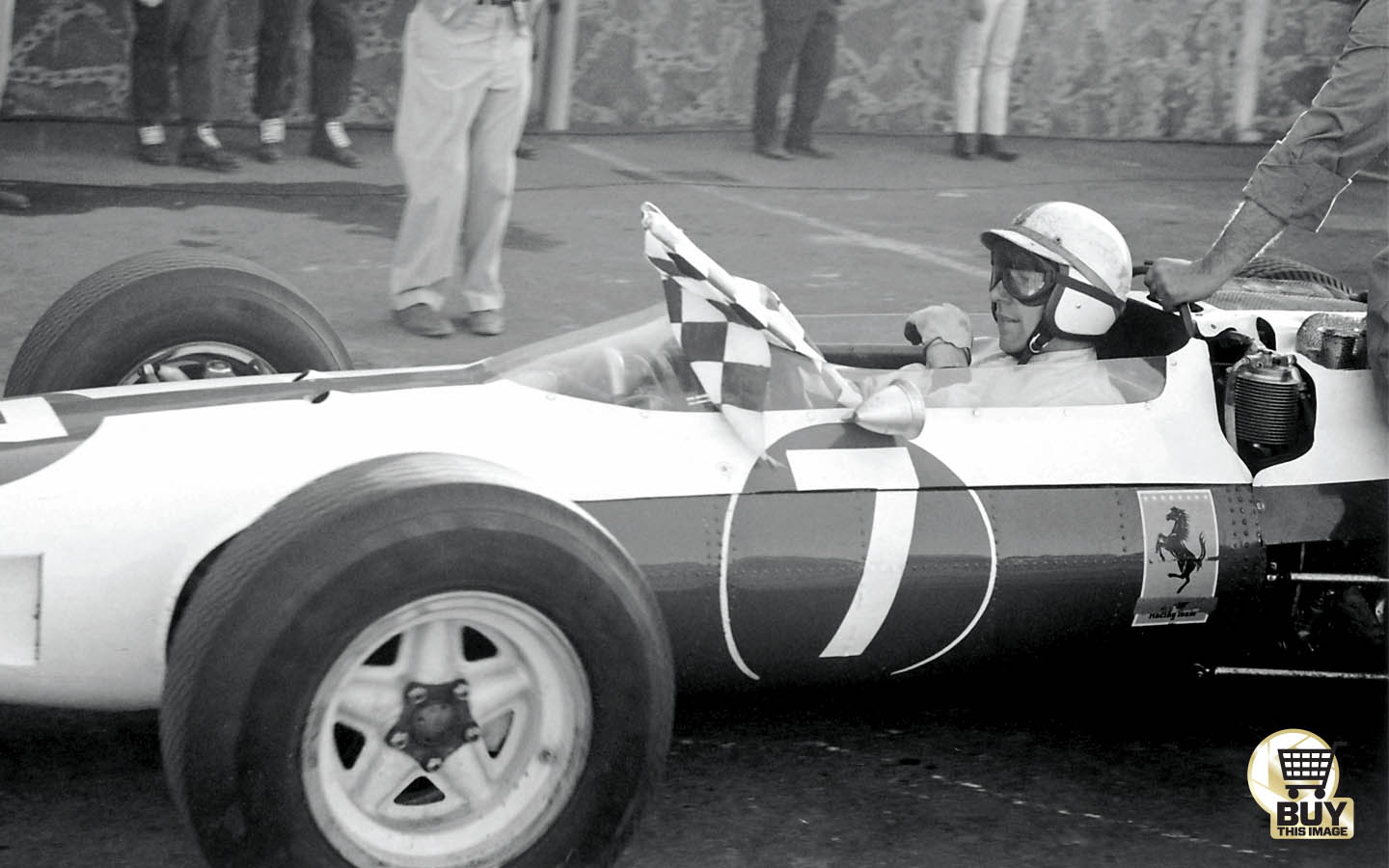