Racing’s toughest nuts butted heads for almost two hours on a circuit that was hard on tyres and brakes. According to Denis Jenkinson of Motor Sport, they “made everyone else look like a bunch of old women.” He wasn’t wrong. 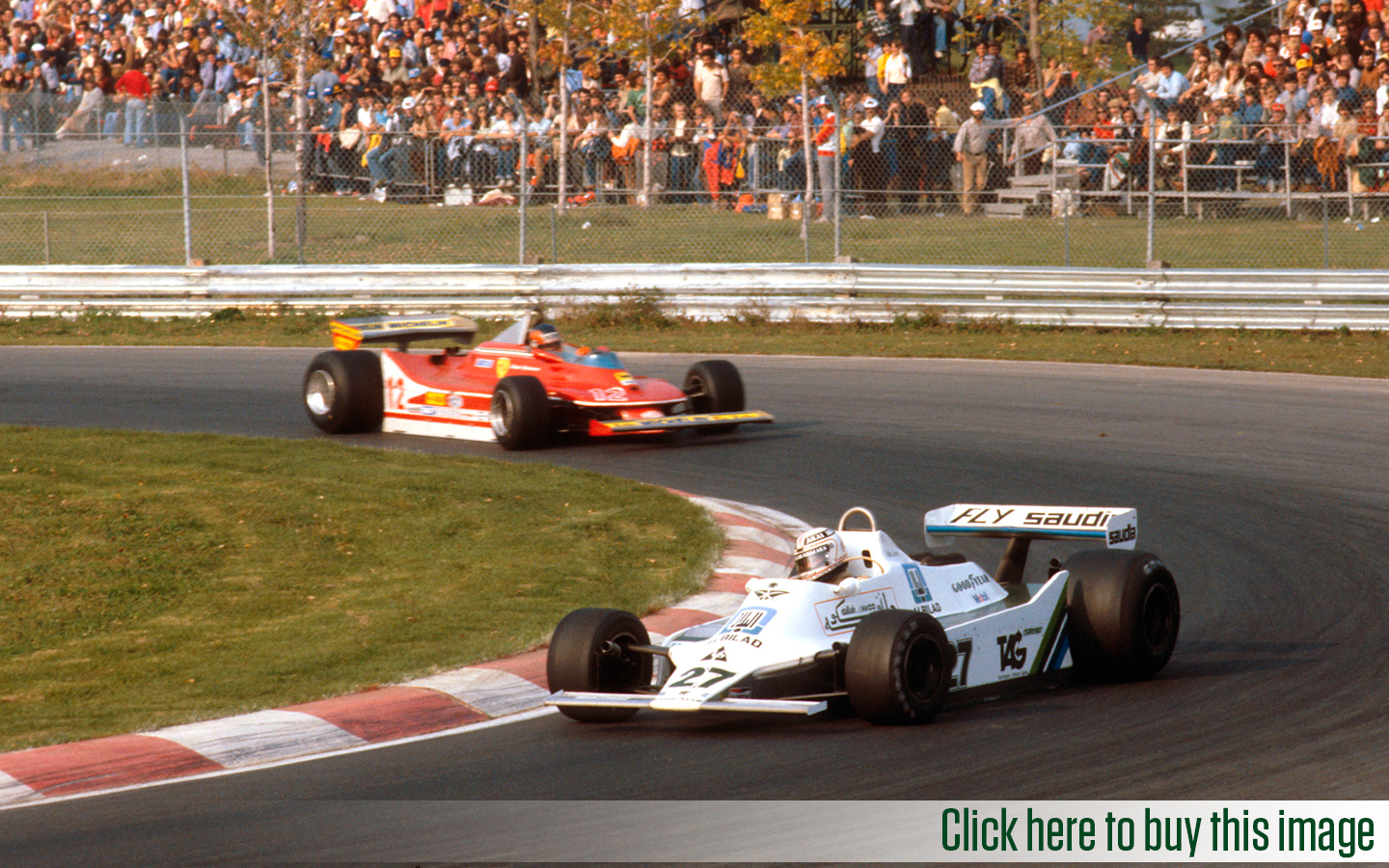 Alan Jones was clearly the quicker of the two, his Williams’ newfound reliability having allowed him to win three of the four previous rounds. Ferrari’s Gilles Villeneuve, however, did not know when he was beaten. More than half a second slower than the Australian in practice, the local hero burst from the outside of the front row to take a lead that he was to hold for 50 laps.

Jones, with nobody in his mirrors, was able to sit tight and maintain an ominous presence and unrelenting pressure, feinting this way and that, and quickly making up time lost behind an inattentive backmarker. He was in control, though not in the lead, and his outbraking move at the hairpin appeared decisive when it came. Having swiftly established a three-second lead, he felt able to switch to conservation mode.

His irrepressible rival immediately locked on again and Jones was forced to set the race’s fastest lap seven laps from the end. His advantage at the finish was a whisker over a second.

Such was the pace of the top two, only Jones’s team-mate Clay Regazzoni finished on the same lap as them – and the Swiss, a renowned tough nut himself, was well over a minute behind. PF

The 1979 Canadian Grand Prix on the Database