Two God-fearing men, one in a saffron skirt and the other in a Day-glo Ferrari, grabbed the headlines at Silverstone. The first, a former priest, scared the Bejaysus out of the drivers he ran towards on the Hangar Straight. 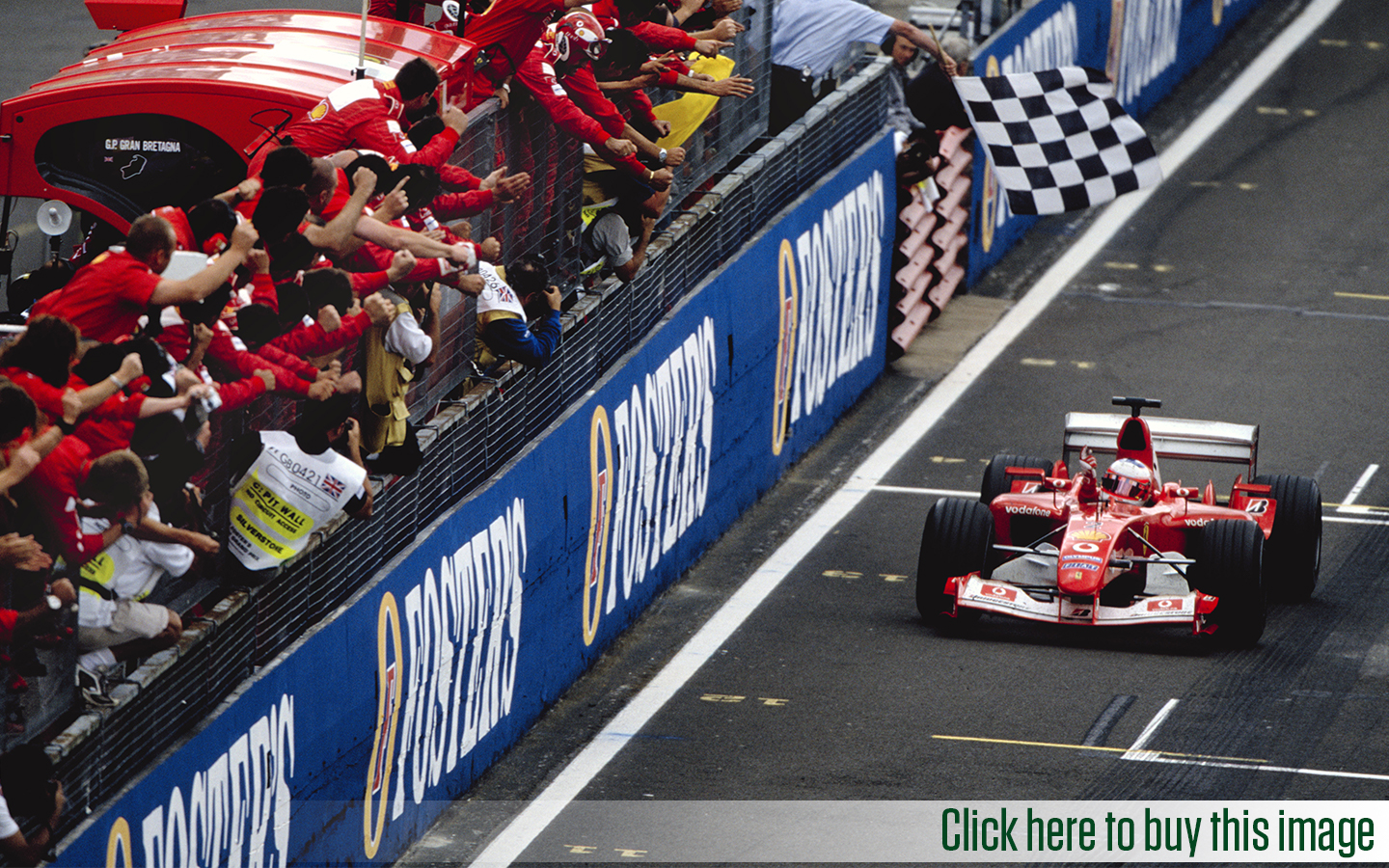 Cornelius ‘Neil’ Horan was clearly unhinged, the end of his world not for him quite nigh enough. Yet many found Rubens Barrichello’s reasoning difficult to fathom, too.

The Brazilian had chosen to swim against the tide when he entered the temple of the Scuderia’s ‘Chosen One’ in 2000. Criticised for passivity, he was under extra pressure at Silverstone because of a lacklustre first half of the season. He had, however, kept faith in his ability – and was swearing by a new, harder Bridgestone of a construction different to that selected by team-mate Michael Schumacher.

Barrichello was terse rather than his usual accommodating, cheery self. He’d had enough of the sniping. Beaten from pole by the Renault of Jarno Trulli and Kimi Räikkönen’s McLaren, on lap 11 he secured second place with an inventive and muscular pass of the latter.

Enter Mr Horan to trigger the second bizarre Safety Car period in quick succession; the first had been caused by the self-ejecting head restraint of David Coulthard’s McLaren. The pack was shuffled by stacking in the pits and Räikkönen moved back ahead of Barrichello when the latter was boxed in his box by gamesmanship on Williams’ part; Rubens dropped to eighth as a result. 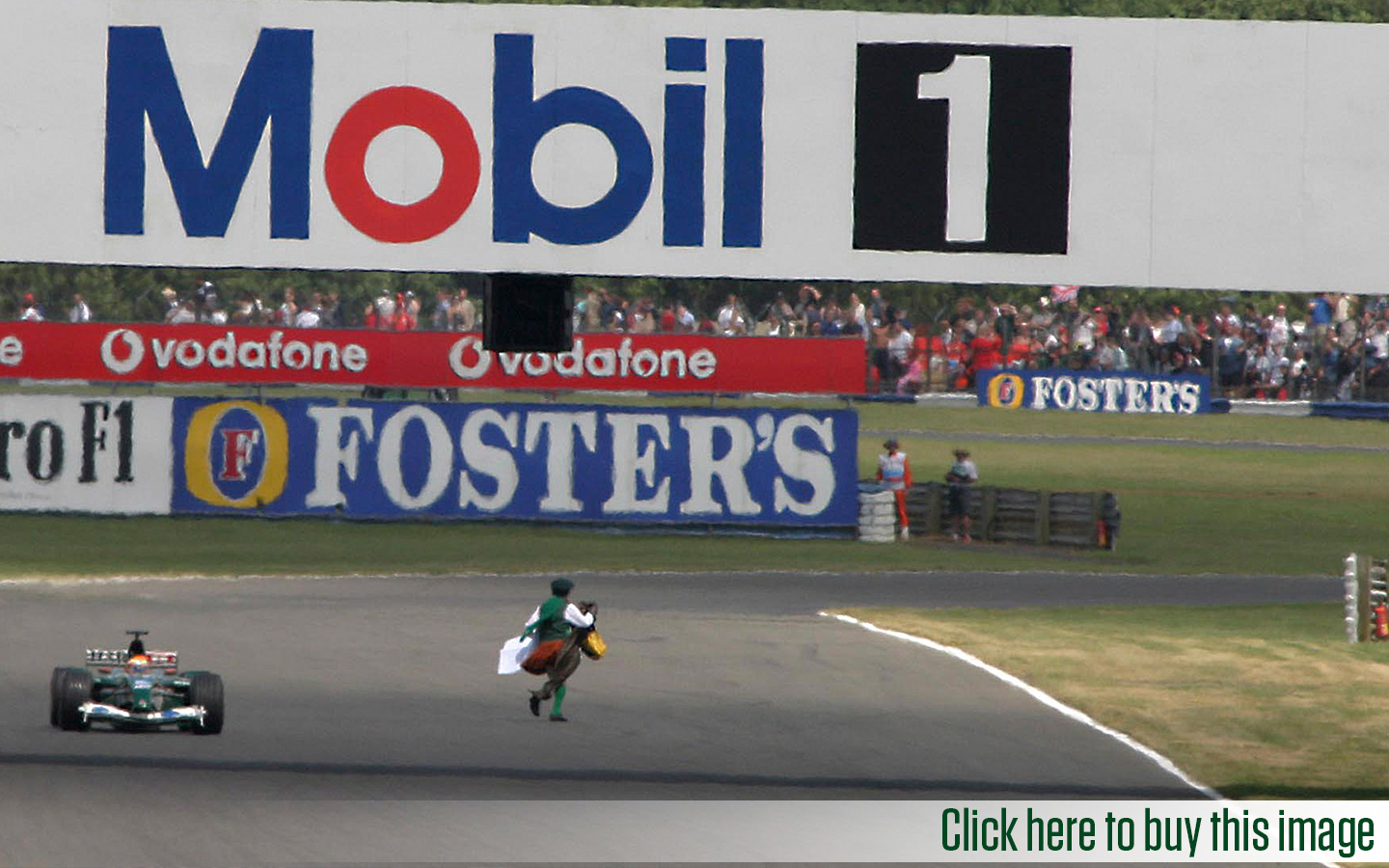 He was not to be denied, though. Once past Trulli and the lagging Toyota of Olivier Panis, he uncorked a Schuey-like sequence to reduce Räikkönen’s advantage from 9.4sec to under a second inside four laps. The McLaren still led when Barrichello emerged from his late second stop, but the Ferrari man ‘simply’ sat it out side-by-side through the daunting Bridge to take the lead on lap 42.

On a day when overtaking was the new religion – Praise be! Everybody was at it – Barrichello had revealed his devil within. PF

The 2003 British Grand Prix on the Database