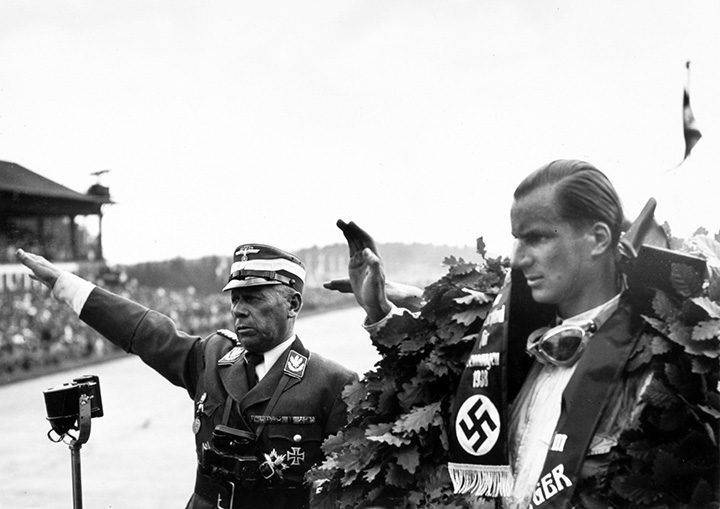 Click here to buy the lead image. From the editor Damien Smith The Grand Prix motor races we can never forget… Welcome to this special one-off magazine, dedicated to our love of Grand Prix racing and produced by the same team that brings you Motor Sport each month. It seemed a good idea: whittle down 107 years of racing history to come up with 100 GPs that could be considered the ‘greatest’ – then rank them in meritocratic order. By week three, the old grey matter was beginning to ache… Defining greatness was the first task. There were the obvious races – the wheel-to-wheel duels, the comeback classics. But there were also individual performances of supreme dominance, races that might not necessarily have been the most exciting to witness. Greatness goes way beyond thrill-a-minute, we decided. Then there were those races of prominence, attached to a certain time or place that made them hugely significant. I’m thinking specifically of Belgrade, 1939. Only five entries took the start of a race that didn’t sound particularly scintillating. But as it happened to take place on the very day WWII broke out, we felt it worthy of inclusion. Meanwhile, Sebastian Vettel’s remarkable maiden GP win at Monza in 2008, for lowly Scuderia Toro Rosso, was left on the cutting room floor. Is that fair? You decide. We also opted to include a few races that weren’t Grands Prix, leastways in name, although the strength of entry was such that they might as well have been… Choosing which races should make the list was hard enough; ranking the top 100 in some sort of order was even tougher, especially when it came to the crunch: which should be number one? We never did agree unanimously on the ‘greatest’, but if the magazine was to be finished a decision had to be taken. And that’s what I’m here for! Will you agree with our choice and order? Probably not. But if steam begins to issue from your ears, take a deep breath. In any exercise such as this, there is no definitive list – because there can’t be. Our top 100 is based on opinion, nothing more, designed to be a bit of fun and to spark good-natured debate among fans of the world’s greatest sport. So turn the page, delve in – and whatever you do, don’t take it too seriously. 1938 German GP July 24, Nürburgring 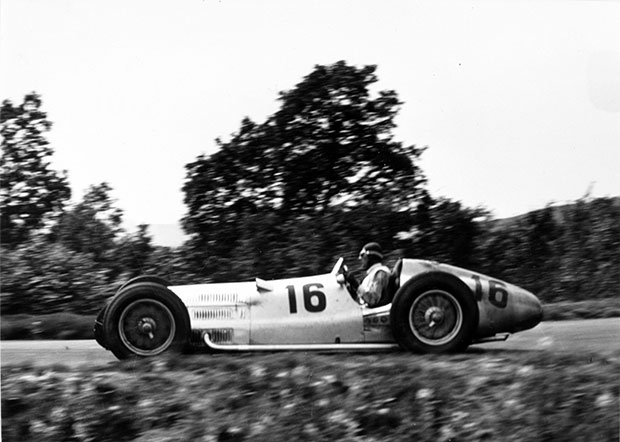 ‘Heil, Seaman! Heil, Mercedes!’ shouts the innocent headline in Motor Sport. How startling that looks today. Over the page, there’s that photograph of the victorious Richard Seaman, brow furrowed as he raises his arm in a half-hearted Nazi salute… In the context of 1938, the result was amazing – the first Grand Prix win for a British driver in 15 years. In the context of today, a British aristocrat racing and winning for Mercedes-Benz little more than a year away from a world war is startling. Seaman would make a great subject for a movie… Ahead of the race, Tazio Nuvolari was the centre of attention, this being the Mantuan’s first race for Auto Union following his sensational defection from Alfa Romeo. Could he defeat the fancied Mercs in a car he barely knew? The answer came at the end of the first lap: no. He retired with a dented tail, but later took over Hermann Müller’s car to share fourth place. Hermann Lang led Seaman across the line on lap one, followed by an unwell Rudi Caracciola and Manfred von Brauchitsch. On lap three Lang slowed, oiled plugs dropping his W154 down the order. He would eventually sub for ‘Caratsch’, whose stomach ache would become too much to bear, and finish second. 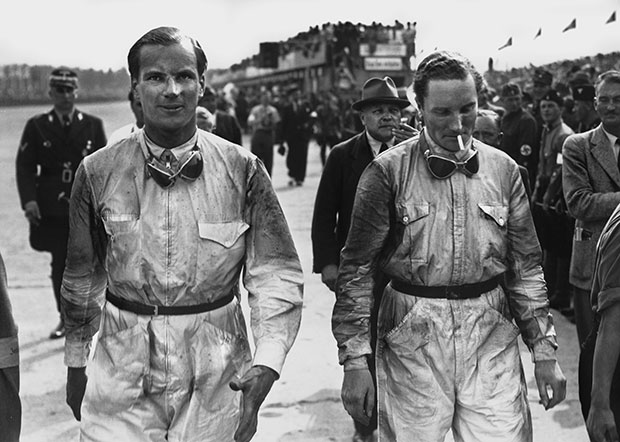 Von Brauchitsch was already past Seaman and apparently on his way to victory – until a now-infamous pit fire on lap 16. The W154 was extinguished and covered in foam, but still von Brauchitsch returned to the track. He would later run off the road while lying third and thus failed to make the finish. Seaman was left to deliver Mercedes its home win. Motor Sport’s period report takes us back to incredible moments in history: “As Seaman crossed the line victorious, ‘God Save the King’ blarred sonorously from the loudspeakers, and the whole vast crowd stood with right arms uplifted in salute of the British driver. ‘Deutschland über Alles’ followed for his car…” DS