Continuing with our ’80s month theme, Andrew Frankel reflects on the time he drove a 1985 Beatrice-Lola THL1 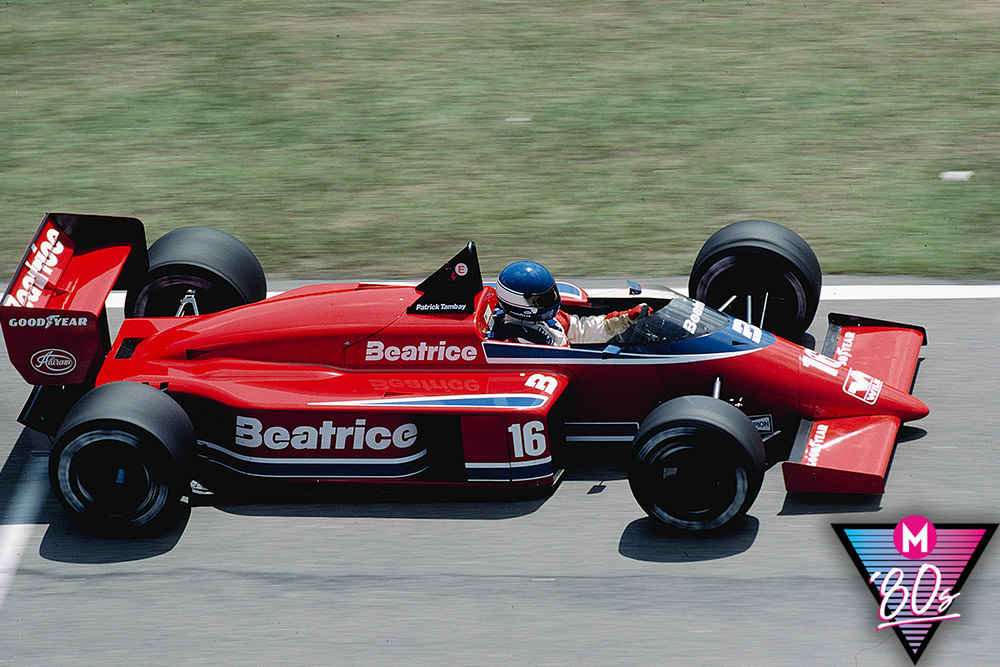 With Motor Sport pursuing a 1980s theme this month, there was some speculation in the office concerning what a turbo Formula 1 car from that era might be like to drive. It is a subject onto which I can shed just a little bit of light.

Some 18 years ago, when it was my backside in the editor’s chair, we decided it would be fun to celebrate the 50th anniversary of the first drivers’ world championship – what became known as Formula 1 – by comparing cars from each of the five decades. So we wheeled out a 1953 Connaught A-type, a 1964 BRM P261, a 1977 Brabham-Alfa BT45, a 1985 Beatrice-Lola THL1 and a 1990 Tyrrell-Ford 019. We asked Martin Brundle to do most of the driving but far too much was needed with a full photographic schedule for one man to do in a single day so I did my fair share of pedalling too. Which is how I got to drive my first and, to date, only turbo F1 car.

We chose the Lola because, being honest, it was the only functioning turbo F1 car we could find with an owner sufficiently enlightened to shoulder the entire burden of responsibility for me driving it. Which, if you think about it and all possible outcomes, was really pretty brave.

The Lola was one of those cars that, on paper at least, had it all even though it was a Lola in name alone. In fact, it was the work of the FORCE (Formula One Race Car Engineering) team owned by Carl Haas and run by Teddy Mayer, a car designed by Neil Oatley with a young Ross Brawn in charge of aero and, in Alan Jones, a former F1 world champion at the wheel. And, thanks to Beatrice funding, a very healthy budget.

It was undone by a number of factors, none bigger than the fact the Ford V6 engine intended for it was late and then uncompetitive when it arrived. It forced the team to contest 1985 with a Brian Hart engine designed originally for F2, which meant that by the time it had been turbocharged and adapted for F1 use, it managed to be both underpowered and overstretched. Jones, who only made three starts in it, was off the pace throughout and retired from every race.

When my turn came I was surprised by how little cockpit design had progressed over the years, even if the materials from which it was constructed were very different indeed. Seeing swathes of carbon fibre around me was rather comforting given the potential that was soon to be at my disposal. I can remember asking what level of boost the car was running and was told the owner had wound it up to the maximum the first time he got it and said he would sack anyone who touched it. To this day I don’t know how much it had, but this is a car that raced in 1985 and ’86, when F1 cars had more power than at any time before or since, so even if this was one of the less powerful engines out there, on full boost I was expecting an entirely new level of performance relative to the DFV–powered machines which were the only slicks and wings F1 cars I’d driven up to that point. 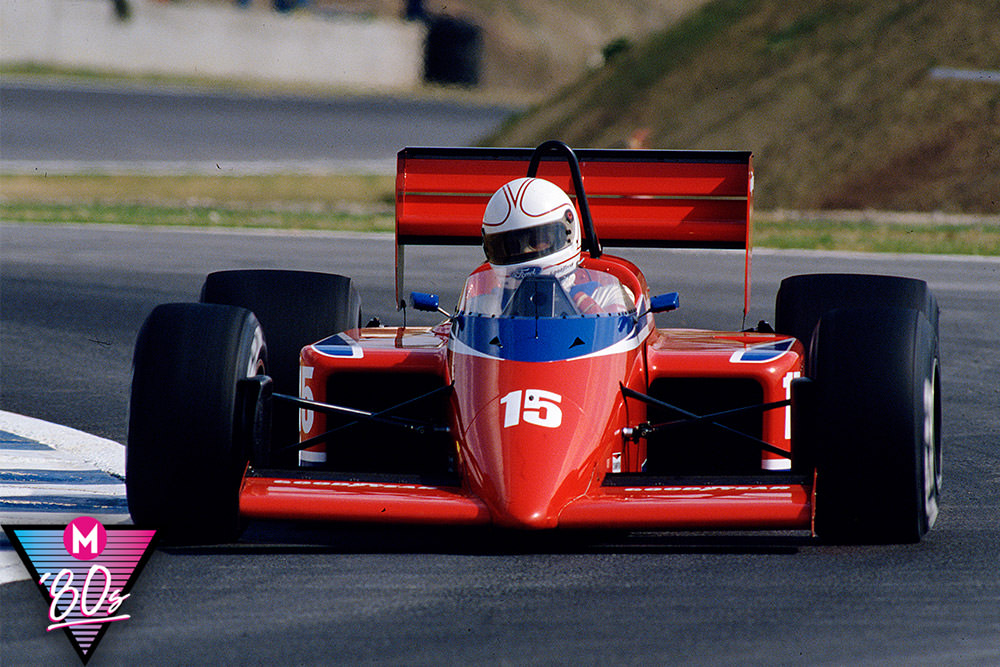 At first it didn’t seem so bad. The engine had no interest in doing anything meaningful below 6000rpm but I’d driven plenty of DFV cars that were no better in this regard. Then the boost gauge flickered into life, leapt around to 2.5bar and flung me down the road. Instinctively I lifted and changed up, and felt the same simply enormous thrust, unaffected it seemed by the higher ratio. But, pleasingly, it didn’t seem uncontainable. I could understand the performance and, given a little more time perhaps even start to exploit it. So in the next gear, I stayed on the power a little longer. Which is when the boost pressure disappeared off the far end of a gauge calibrated if memory serves to 4.5bar.

At the time I can remember thinking that this was acceleration of a kind experienced in very few other areas of human endeavour, most of which requiring some kind of space suit. The acceleration was incomprehensible even after having just done a decent session in the Brabham. But the BT45 had probably 500bhp, the THL1 possibly 1000bhp. Was it wonderfully addictive, did it ever get to feel normal and do I sit here 18 years later, still craving that kick? No, no and no. I like fast cars as much or more than the next man or woman but I also know my own limits and this car, described as gutless by Alan Jones, smashed straight through mine and disappeared over the horizon. Quite what it would have been like at the exit of a quick and interesting corner when the boost cut back in, I simply cannot say. For the truth is that while I always try to get a proper feel for any car I track test, this is perhaps the only one I was happy to return to its owner driven but essentially untested, but at least still in the requisite number of pieces.