A frantic look back at the twists, turns and turbocharged thrills of F1, to kick off our ’80s Month – following the lead of this month’s magazine

Formula 1 in the 1980s: Thatcher’s Britain with the boost turned up.

Atmo versus turbo; FISA grandees versus FOCA garagistes; and Alain versus Ayrton.

Elio and Gilles, Patrick and Paletti, too. Sadly.

Against a backdrop of O-levels, A-levels and uni – the occasional essay, too many crafty cigs and too much cheap Student Union beer; and, of course, Murray, sensible trousers alight, and James, cool in inappropriate shorts; plus Autosport, Motoring News (as was) and Motor Sport.

Sunday evening Grand Prix highlights followed by a few days in anticipation of the analysis and insight provided by the mags and rags was the perfect bullshit filter.

Thus it all seemed exciting, some of it impossibly so.

Here, in an order dictated by misfiring synapses, are a few of the occasions and moments that had me leaping from my seat then – and keep me extra-warm in my fireside armchair now.

Ligier JS11/15 – minus canards and on Gotti 15-inch fronts (that, ahem, failed) – at Brands Hatch in 1980: I loved that car – and team. I’d not been to Vichy but imagined it to be much more pleasant than Didcot or Woking. (It is.) The barrel chest and snub nose of boss Guy. Team manager ‘Duca’ forever in Aviators. And Didier Pironi, who had yet to show his hand, was a blade. 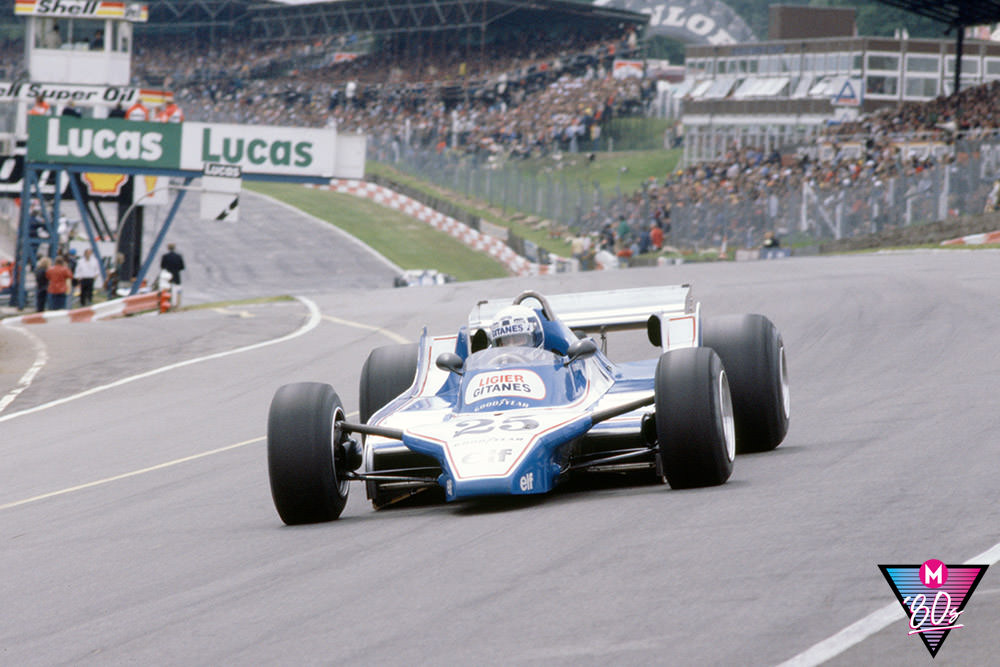 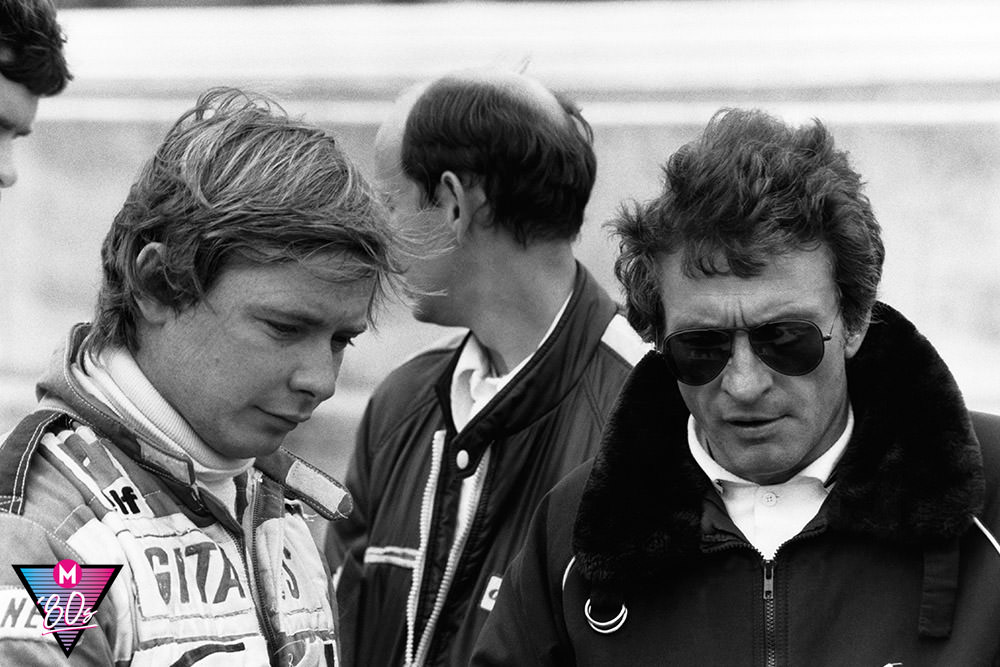 Nigel Mansell’s not-so-chummy dummy at Silverstone in 1987: being a contrarian I had aligned with Nelson Piquet – racing drivers came from Brazil, not Brum – and was bereft when he ‘fell’ for it. There could, however, be could be no questioning Nige’s balls and eyesight.

The heartfelt ovation for ‘Wattie’ at Silverstone in 1981: dignified, deserved. Can get teary about it now. Silly old sod. Me, not Mr Watson.

Brabham BT52: will the person who doesn’t think it beautiful please report to the Clerk of the Course! Actually designer Gordon Murray – and boss Bernie Ecclestone – didn’t like the ‘blisters’ either side of its needle nose, result of a packaging oversight during the car’s necessarily rushed creation. But I thought they were cute. And still do. 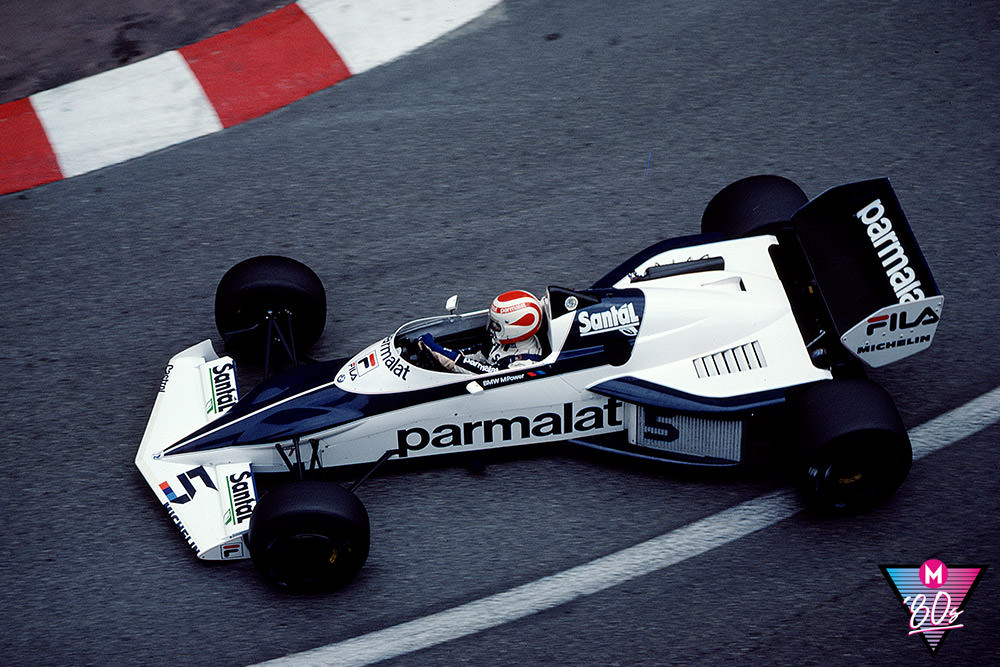 Niki Lauda’s 1982 comeback: how I laughed to discover that he had been a ‘shop steward’ of the drivers’ Kyalami strike/sleepover. He’d not even turned a wheel yet! Three races later he won at Long Beach as though he had never been away. 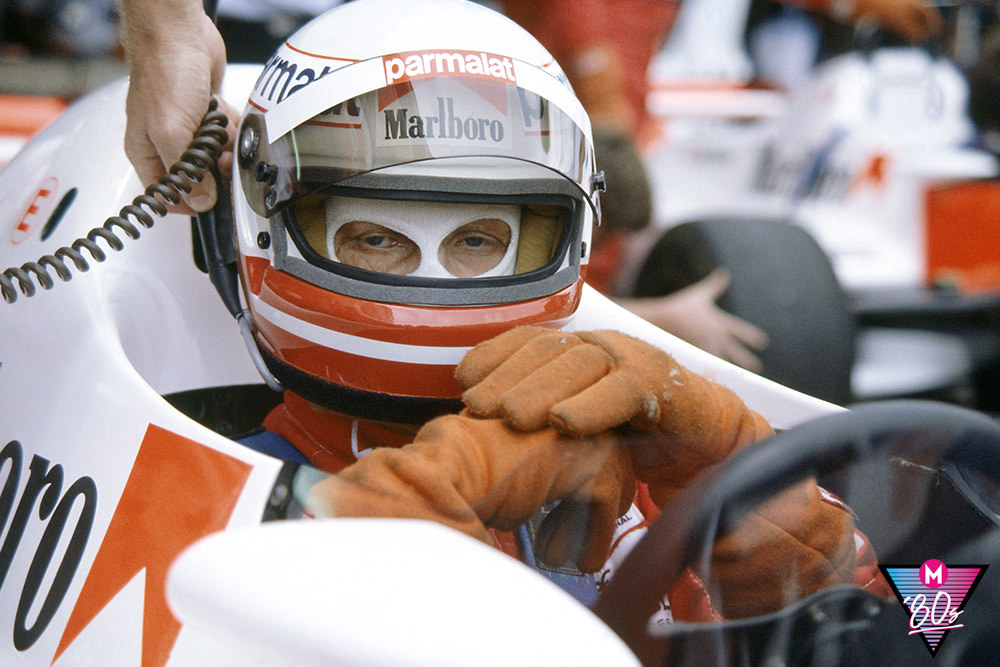 Keke Rosberg’s gold-and-white McLaren at Estoril in 1986: something and nothing – and I can’t imagine the roughty-tough Finn dragging on a Marlboro Light – but it tickled me. 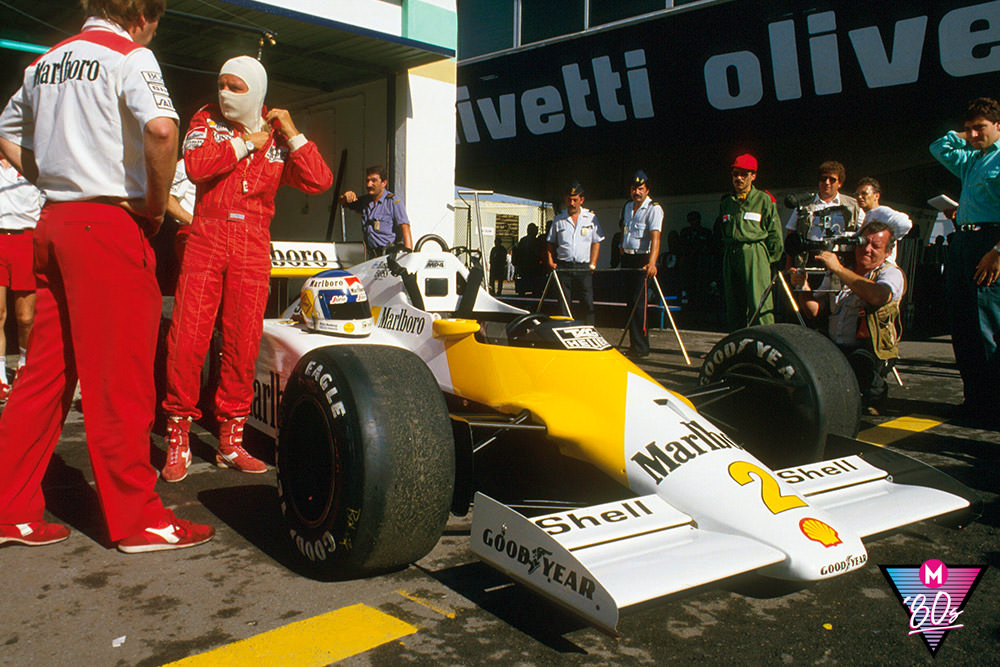 Senna’s swerve at Estoril in 1988: my man Prost – told you I was a contrarian – squeezed through and won. But if this was how it was going to be I feared for his chances – and safety. Derek Warwick might have scruffed Senna – Queensberry Rules, old chap – but Senna had already ‘dealt’ with him at Lotus. Ooh, that had had me thumping my desk. 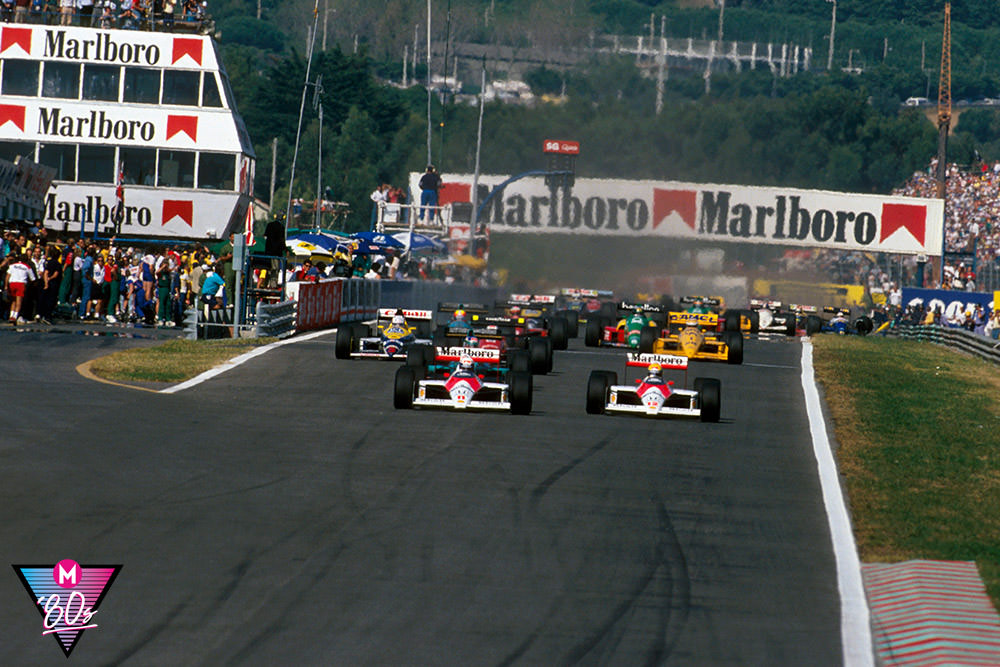 Patrick Tambay’s victory ‘for Gilles’ at Hockenheim in 1982: classy guy that he is, no doubt he was thinking about his injured compatriot and team-mate, too. That particular blade, however, had by the time of his grisly accident in the mist of practice already stuck the knife in. Though I wished him well, Pironi had become harder to like. 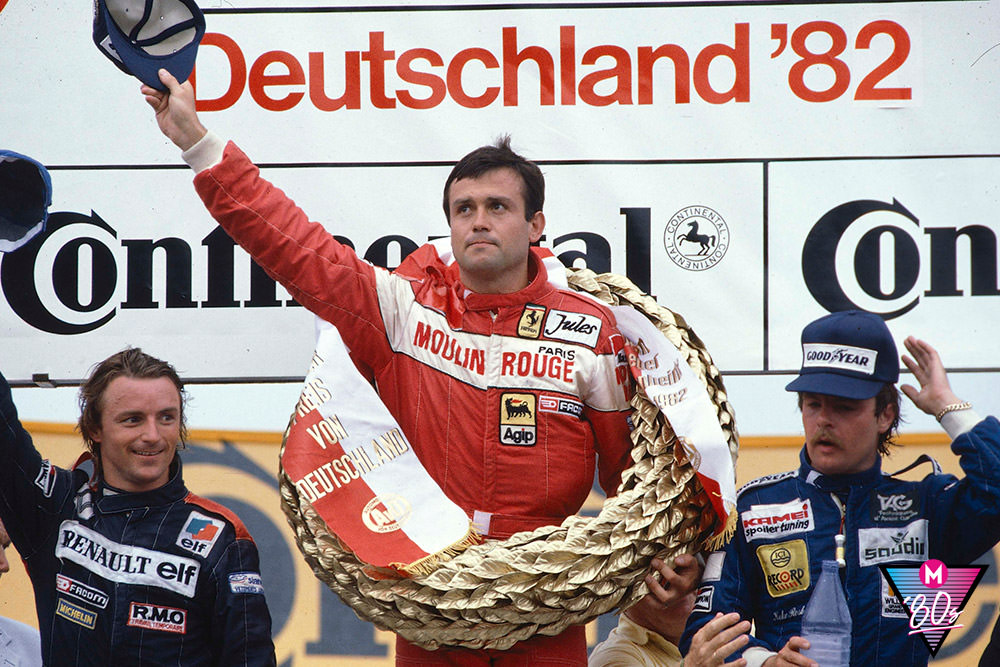 Pierluigi Martini’s little miracle for Minardi at Estoril in 1989: he led a whole, glorious lap. Persistence personified. Actually, I preferred his front-row start at Phoenix, but that other little miracle – again with Pirelli’s help – falls just beyond this remit. (I once bought BMW imported from Italy. That a garage in Faenza had serviced it clinched the deal.) 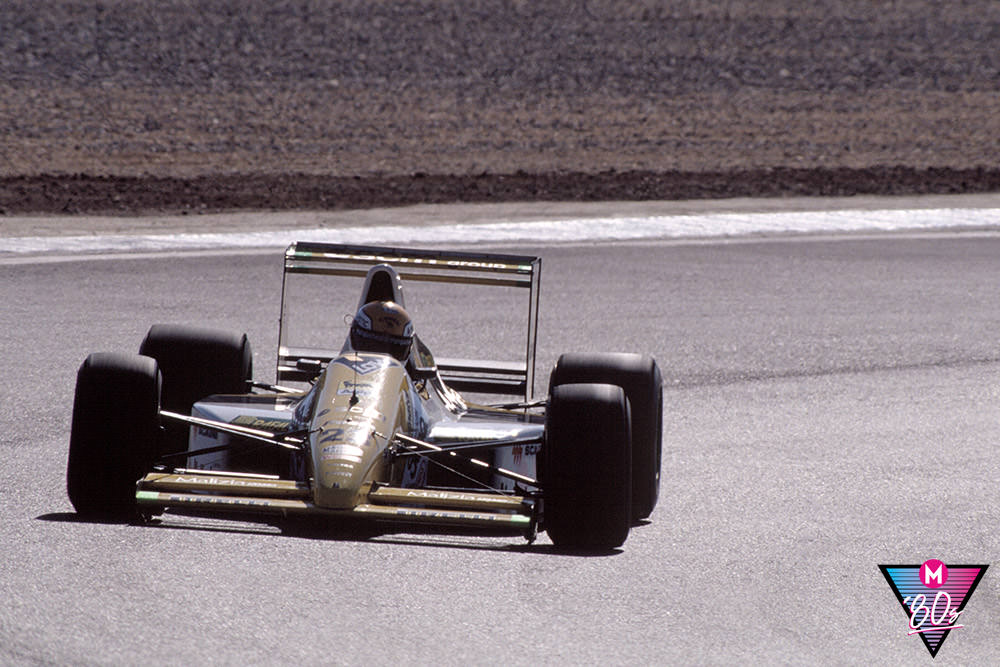 Monaco in 1982: wackiest race of the craziest season. I wasn’t always a fan of ‘Muddly Talker’ – that changed when I had the honour of meeting and working with him – but on this occasion I cut him slack. I mean, come on, even James’ shorts caught alight. (I have just reminded myself that Brabham’s spinner/winner Riccardo Patrese started from the front row and set fastest lap. He’d earned his luck.) 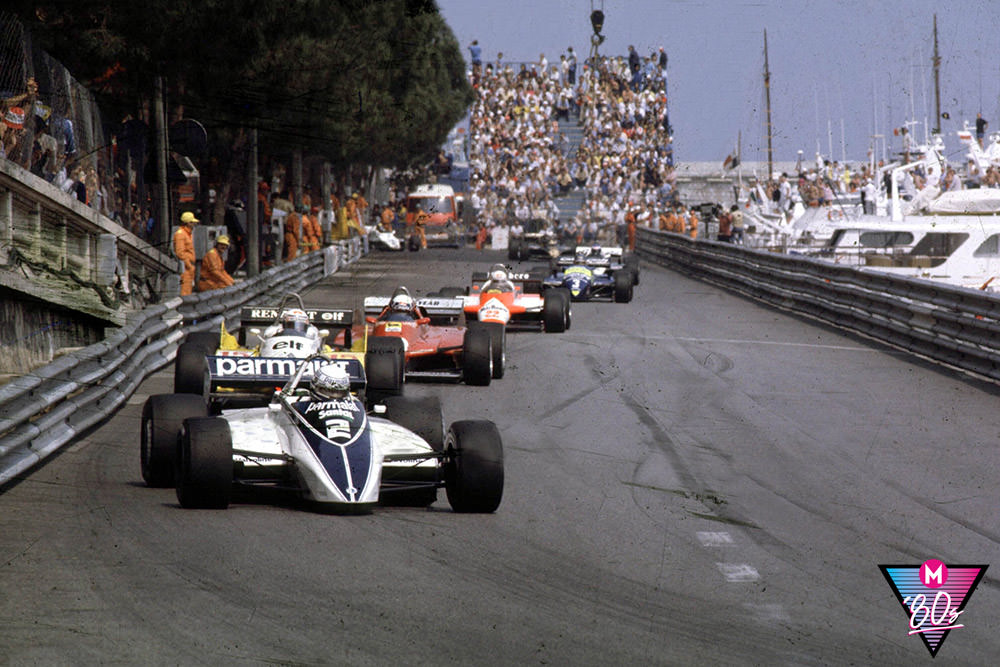 I’m not proud of this one. Piquet versus Eliseo Salazar at Hockenheim in, you’ve guessed it, 1982: ‘go on, Nelson son, have him!’ Yes, his technique was more handbags than heavy bag but he had a point. (Rewatch the incident on YouTube if you don’t believe me – and listen to what ‘Hunt the Punch’ has to say.)

Teo Fabi’s back-to-back poles for Benetton at the Österreichring and Monza in 1986: approaching 1500bhp of BMW grunt at the 150mph-plus (average) cathedrals of speed. I didn’t see them happen – they were not considered to be highlights – and he won neither GP – didn’t lead a lap indeed – but that was part of their charm for me. It helped, too, that his was a handsome car with a superb livery. 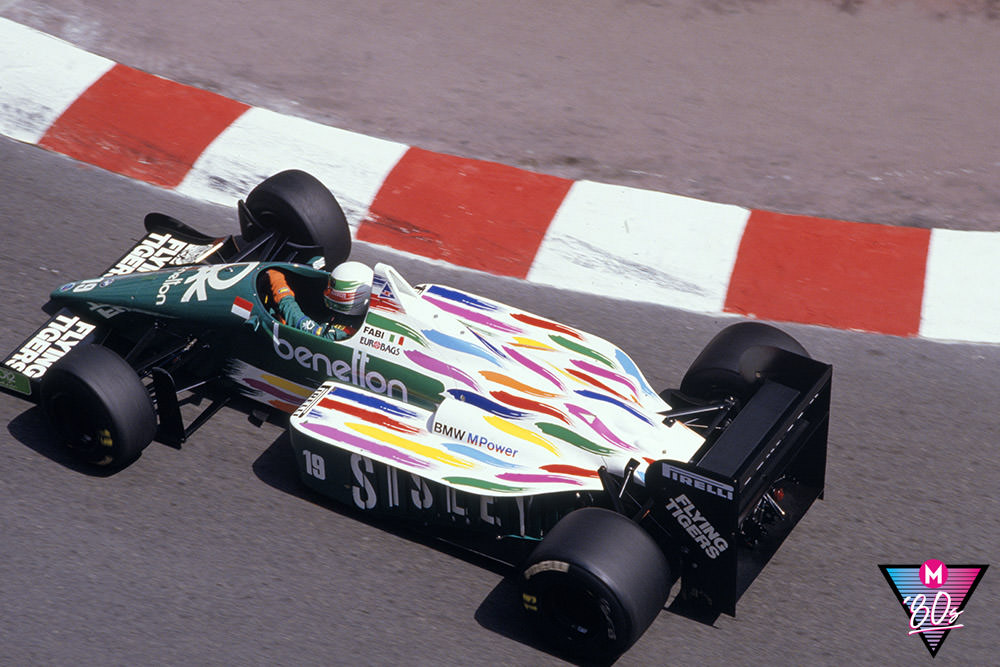 There was so much to thrill to, from creeping starts to tank-sloshing finishes via weaving backmarkers.

But if you are wondering why I have made no mention of Mansell’s Adelaide blowout of 1986, I’m afraid to say that my plan to stay up late/get up early to watch live on Auntie Beeb was scuppered by an overdue essay on the English Civil War.

Not really. I’d had too much cheap Student Union beer.