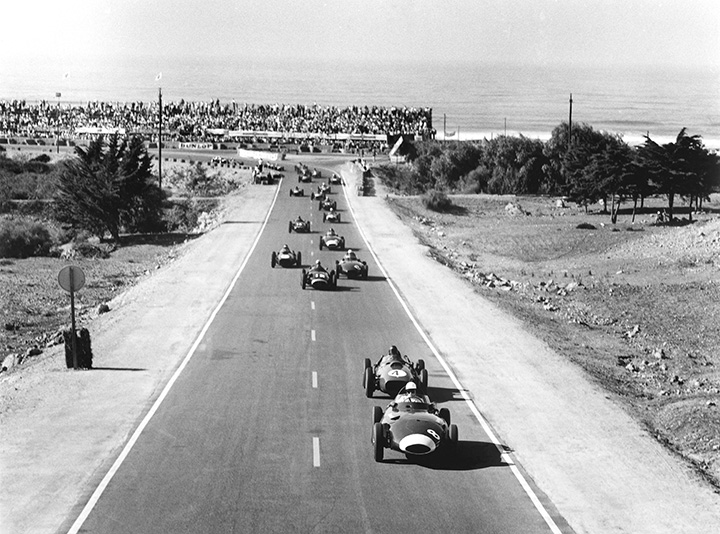 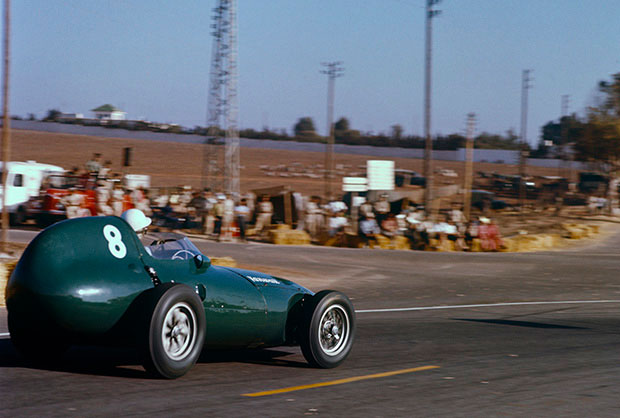 The F1 world championship’s maiden appearance in continental Africa embraced a circuit and nation that have not since reappeared: Ain-Diab, in the suburbs of Casablanca, Morocco.

Constructed in a matter of weeks close to the Atlantic coast, Ain-Diab welcomed teams for a non-championship race in October 1957, when Jean Behra won for Maserati and Stirling Moss flew home early after being struck by an Asian flu pandemic that was sweeping the globe. The event, wrote Jenks, was “on a scale equal to any of the Grandes Épreuves held this year”. One year on, it would be the stage for the title decider.

Britain would have its first world champion and the mathematics were simple: Moss needed to win for Vanwall and collect a bonus point for fastest lap, then hope Mike Hawthorn could finish no higher than third. For Hawthorn, second place would be enough no matter what Moss achieved. They qualified first and second, with Hawthorn’s Ferrari on pole and Stuart Lewis-Evans completing the front row in his Vanwall.

Moss made a brighter start and soon found himself tussling with a Ferrari – albeit that of Phil Hill – and this pair would be the class of the field. Hill lost a little time early on, when he slid up an escape road, and Moss survived a clash with lapped backmarker Wolfgang Seidel’s Maserati, the Vanwall sustaining a scuffed nose but suffering no loss of performance. The team hung out a “WATCH TEMP” board, just in case, but Moss remained calm and controlled.

His championship prospects seemed ever brighter when team-mate Tony Brooks moved up to third, ahead of Hawthorn. The Ferrari driver soon recovered the position, but back came Brooks again – a perfect foil for the race leader. On lap 31 (of 53), however, his Vanwall’s engine blew and left Moss ahead of two Ferraris. Soon afterwards the Italian team’s pit crew gave Hill a signal to back off… although the first two were so far ahead that it took Hawthorn a few laps to catch, pass and take the second place he needed.

Moss went on to win by 1min 24.7sec – his fourth victory of the campaign (one with Cooper, three with Vanwall) – but consistency, superior reliability and a single win were enough to make Hawthorn champion by a point. Hill took third, from BRM drivers Jo Bonnier and Harry Schell. 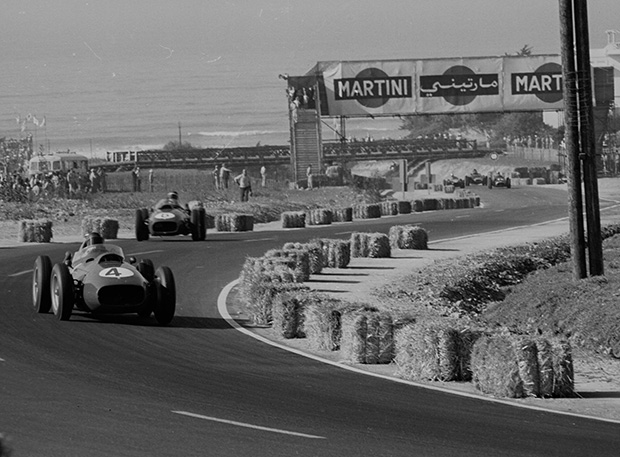 Vanwall had won six of the season’s 11 races and became F1’s first champion constructor, but triumph fused with tragedy in the immediate slipstream of Morocco. Lewis-Evans crashed out of the race when his engine seized and sustained serious burns that claimed his life six days later.

Deeply affected, team-owning industrialist Tony Vandervell announced in January 1959 that he was withdrawing his backing and Vanwall entered a period of sharp decline before disappearing from the sport.

That same month, 29-year-old Hawthorn died when he crashed his Jaguar MkI on the Guildford bypass. It was only a matter of weeks since he’d announced that the 1958 season had been his last as a racing driver. SA