The first World Championship Grand Prix to be run in Japan was the final act in one of the most tumultuous seasons on record. On the surface it seemed simple enough: Lauda, with 68 points, looked to be favourite to win the title from Hunt, who had 65. 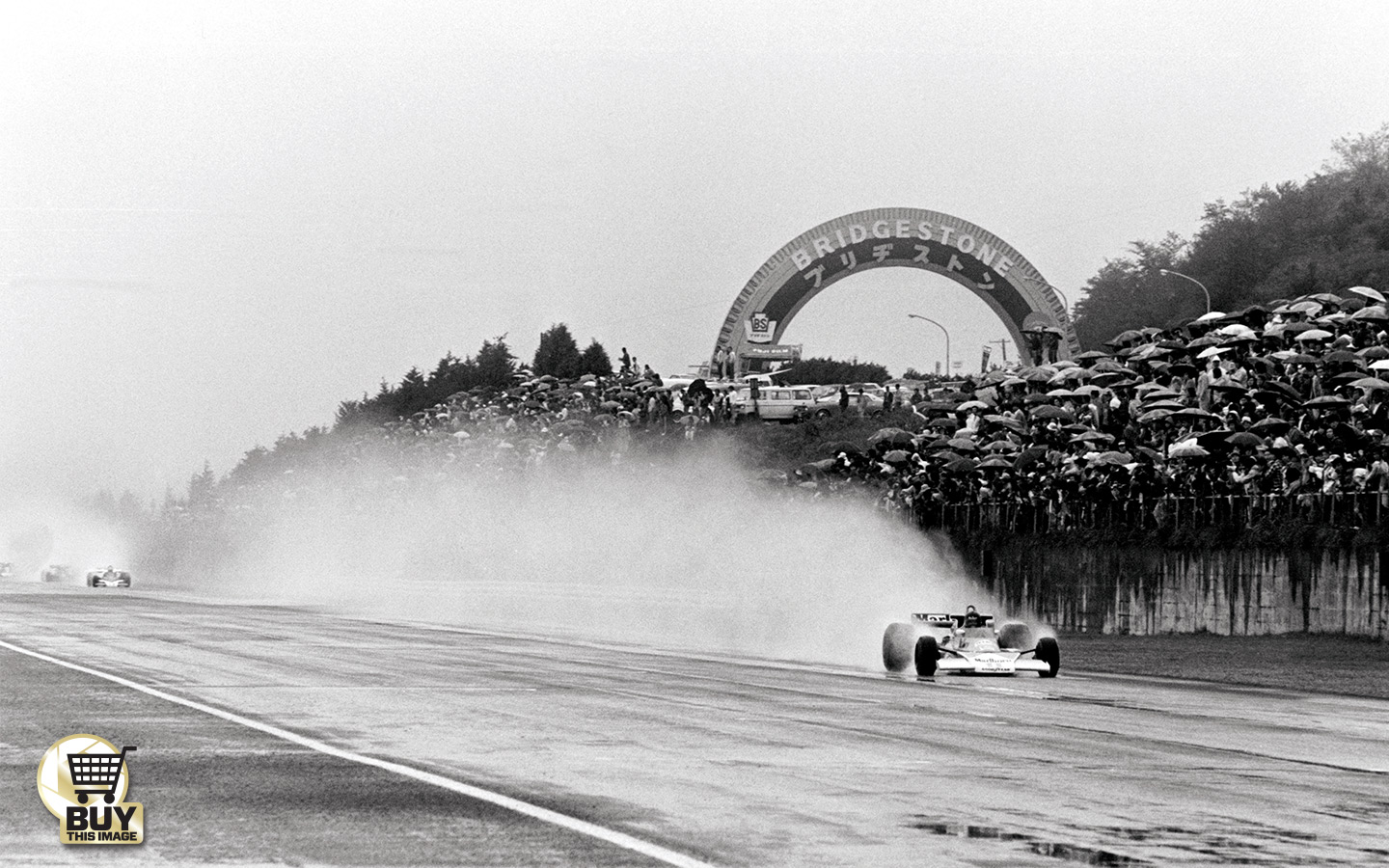 James Hunt on the way to third, and the world title

Then you considered that in July, after the British Grand Prix, Niki had led James 58 to 35, that in August he had been given the Last Rites after a fearful accident at the Nürburgring, that in September – only six weeks later – he had returned at Monza, finishing fourth… Now, though, it was October, and Hunt was on a roll, having won four of the last six races.

The championship contenders qualified second and third at Fuji, behind Andretti, but so foul was the weather on race day that postponement looked inevitable. “The track was flooded,” said Lauda, “and we all said, ‘We cannot race’. Then, at four o’clock, Bernie [Ecclestone] and the race director said, ‘Guys, we’re going to start because the whole thing is televised and soon it will be dark.’”

Thus they got on their way, an hour and a half late, but after only a couple of laps Niki headed for pitlane, and climbed out, as did Pace and Fittipaldi. Ferrari suggested inventing a problem with Lauda’s car, allowing him to save face, but he would have none of it: “I stopped because of the conditions – nothing to do with after-effects from the accident. Half an hour later the rain stopped, and if I hadn’t withdrawn it would have been easy to get the points I needed, but I know that – for me – what I did was the right thing…” 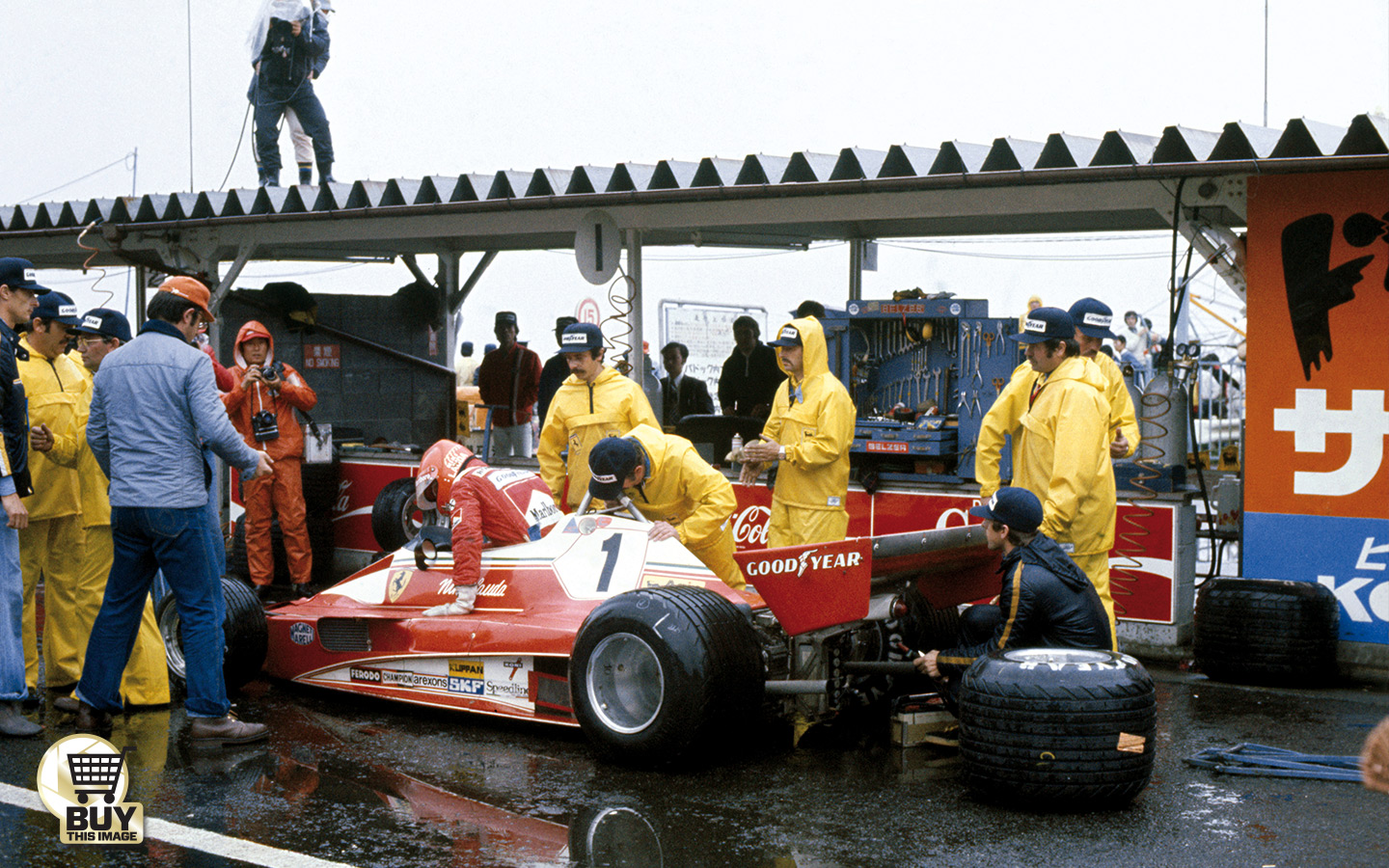 Lauda pits and withdraws from the race

Lauda may have been out, but Hunt still needed four points – third place – to win the title. James led the race, but as the track started to dry he knew there would be tyre problems eventually, and by means of hand signals – no radios back then – he began asking McLaren what to do. “Their response was to hang out a board with a big question mark on it! So that was very helpful…”

When Hunt finally came in, one tyre had blown, another punctured, so the stop was inevitably a long one, for it took time to get a jack under the car. Thereafter, he said, all he could do was shut his eyes, floor it, and pass as many cars as possible. “At the end they told me I was third, I was World Champion, but, given McLaren’s record, I didn’t immediately believe it…”

It was true, though: by a single point, James had indeed won the title, as Niki was informed at the airport in Tokyo. “Actually I didn’t mind,” he said, “because it was James who had beaten me, and I liked the guy. All the problems between McLaren and Ferrari never made any difference to us personally…”

Back in Maranello, though, Enzo Ferrari was angered by Lauda’s withdrawal, and suggested he should not have returned to racing so quickly: had he stayed out for the balance of the season, Ferrari could have lost the World Championship, but been considered moral winners. That winter it was suggested to Niki that he should become team manager. The offer was contemptuously declined: Lauda won the world title again in 1977, then turned his back on Ferrari for Brabham. NSR 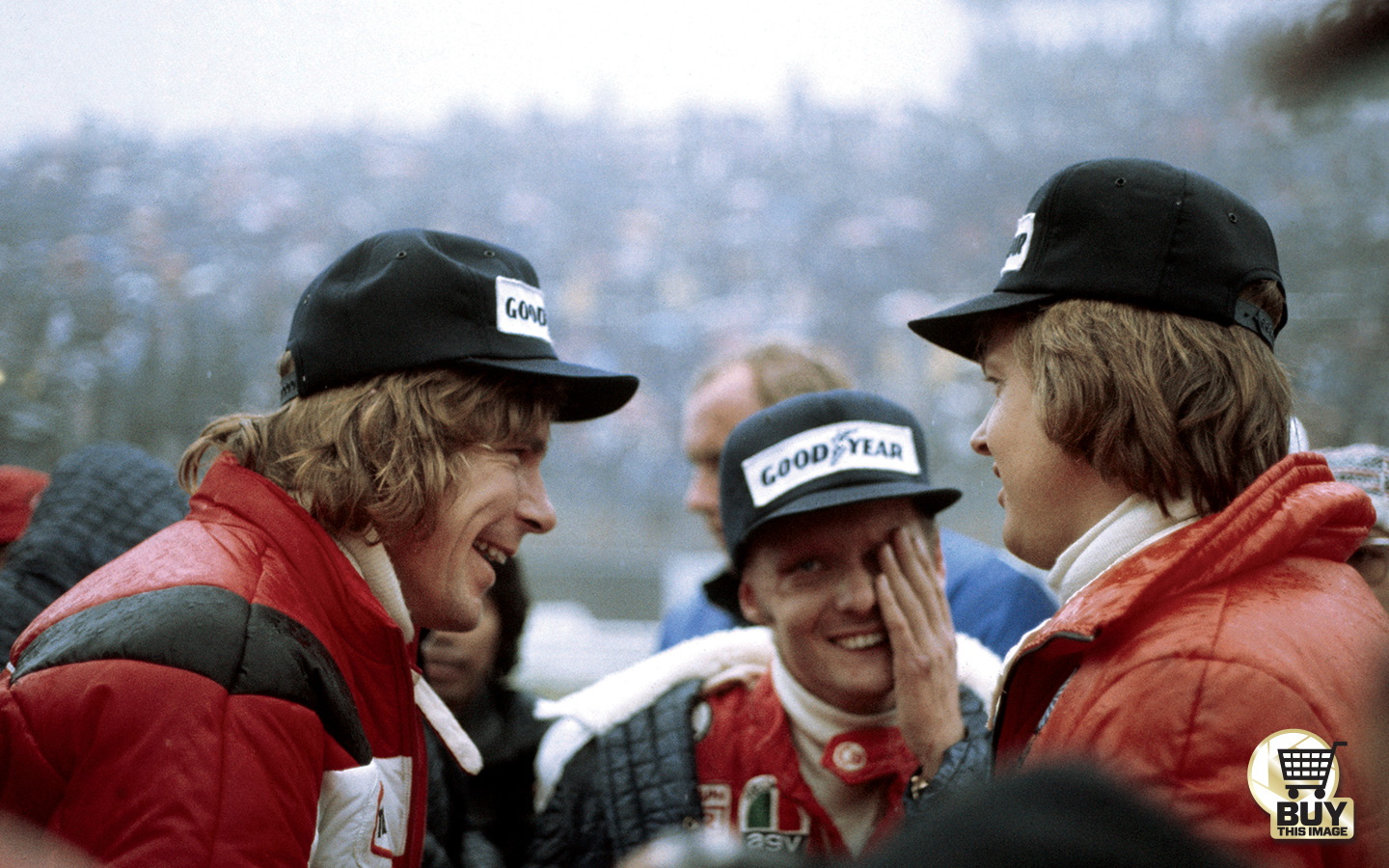 Hunt, Lauda and Ronnie Peterson share a joke during the rain delay