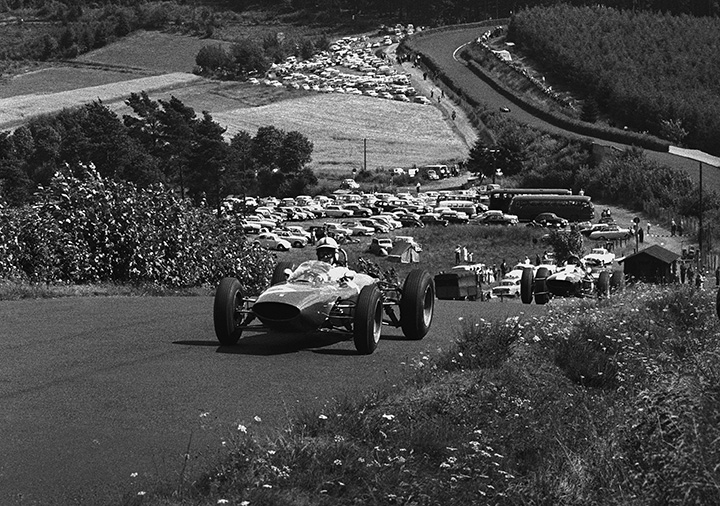 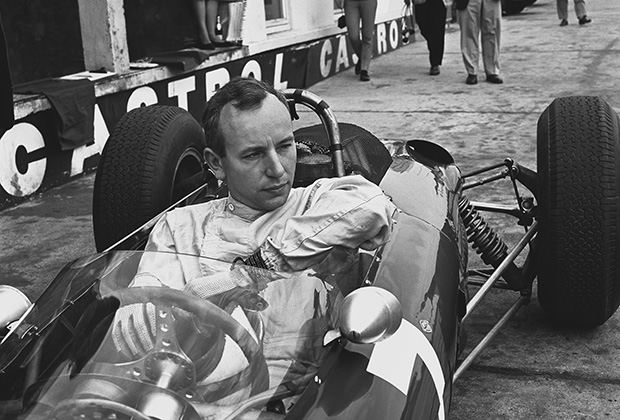 Nine tenths apart around the Nordschleife?

Nothing in the overall scheme of things – and symbolic of the parity John Surtees felt existed between himself and Jim Clark.

We’d seen glimpses in 1960, when briefly they’d been together at Lotus, but after walking away from Colin Chapman it had taken a couple of years for the seven-time motorcycle world champion to secure a recognisably competitive F1 seat. That said, he had qualified on the front row in Germany one year earlier, before taking his unfancied Lola Mk4 to second behind Graham Hill’s BRM. He knew the Nürburgring on two wheels and was no less accomplished on four.

This time Surtees was 16sec clear of the field (no, there shouldn’t be a decimal point) during the opening practice session, although Clark’s Lotus 25 had the upper hand (by a less spectacular 2.6sec) during the wet afternoon. Ferrari had plumped for Bosch fuel injection in a bid to get their six cylinders on a par with the Climax-powered Lotus’s eight and Chapman opted to give Clark a fresh engine overnight – a tactic Ferrari also adopted. 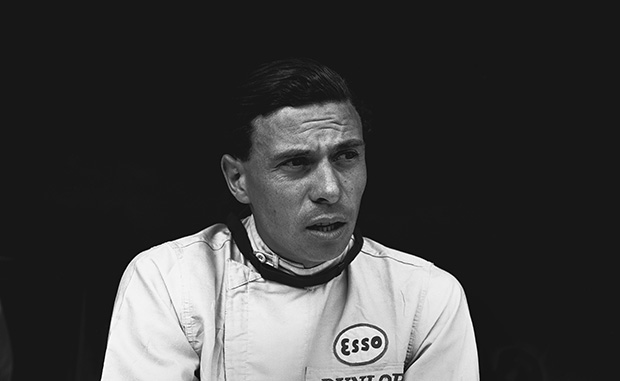 The Scot went on to beat Surtees’s previous best by the aforementioned nine tenths, although the Ferrari driver was now hampered by a chassis crack. As a mark of the gulf separating the top two from the rest, Lorenzo Bandini – third fastest in Scuderia Centro Sud’s BRM, almost three seconds clear of Graham Hill’s works car – was another 7.6sec in arrears.

Clark’s dynamite starts were by now a trademark – and he duly chalked up another. He was unable to build his customary advantage, however, because his engine began intermittently to lapse onto seven cylinders. Only Surtees, though, was sufficiently close to capitalise.

Even then, Clark was able to remain in touch for the first nine of the 15 laps… at which point Surtees posted a time only three tenths shy of his briskest in practice. The slipstream was henceforth broken – and with a couple of laps to go the same was starting to apply to the Lotus’s transmission. Clark was obliged to nurse his car to the finish – oddly, his only second place in a points-scoring F1 race – and Surtees went on to secure his maiden world championship Grand Prix success (with a wheel at each corner)… and Ferrari’s first since September 1961, at Monza. It hadn’t been wholly comfortable, either. In addition to Clark, he’d also had to deal with a leaking saddle tank that left him soaked in fuel by the end.

As Surtees told Motor Sport writer Paul Fearnley earlier this year, “I was in a rhythm. I was enjoying myself. That feeling of being at one with your machine always gave me a lot of satisfaction. I got satisfaction from passing Jim, too, but the nicest thing about that day was seeing all the smiling faces in our pit. They were so pleased. The 1962 season had been dreadful for them and my victory picked them up a bit. It showed them that they could be successful again in F1.” SA