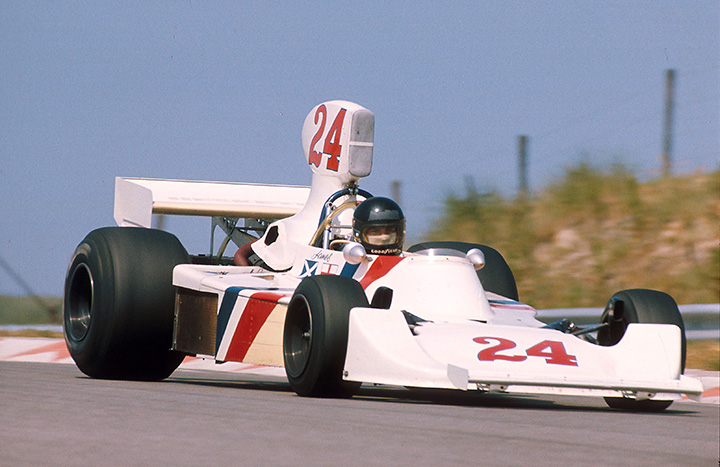 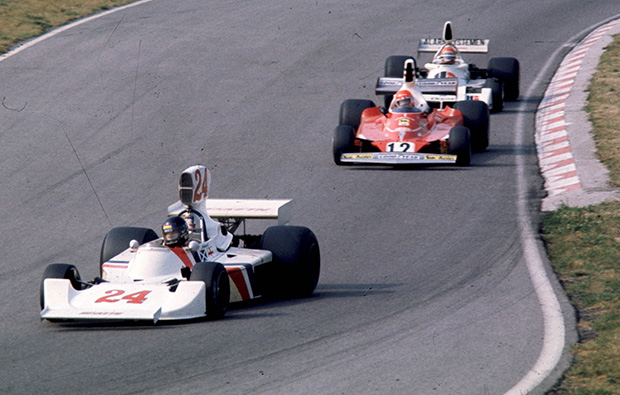 With a peer of the realm for a boss, a team manager called ‘Bubbles’ and a public school-educated driver, hard-partying Hesketh Racing was a round peg in an increasingly square sport.

But the team with the silver spoon in its mouth also had a spine of steel: the schoolmasterly ‘Bubbles’ Horsley got the best from the mercurial James Hunt, while designer Dr Harvey Postlethwaite provided him with a handsome white charger: the 308.

Zandvoort, however, was flat-12 Ferrari territory and Niki Lauda, who arrived in Holland on the back of three consecutive victories, grabbed an emphatic pole position ahead of team-mate Clay Regazzoni. Hunt, who arrived on the back of five consecutive retirements, was the fastest of the Cosworth-powered runners: third. James knew, however, that he would have to gamble if he wanted to beat his mate Niki: he would start a wet race on dry settings, with a view to switching to slicks at the first sign of a drying line.

Hunt peeled in first, from fourth place, on the seventh lap. He had done something similar at Monaco only for the team to fumble the stop. This time it was more cautious. Even so, its man took the lead when Regazzoni eventually pitted for dry tyres on lap 14; Lauda had stopped one lap earlier – yet still too late.

From the Archive: “An Englishman wins” by Denis Jenkinson (June 1975).

‘Hunt the Shunt’ had tossed away the leads of GPs before. Not this time. It helped that Lauda had his hands full with the Shadow of Jean-Pierre Jarier, whom he eventually scrambled by for second place on lap 44 (of 75), but although the Austrian was then able to haul Hunt in, he was unable to pass him. 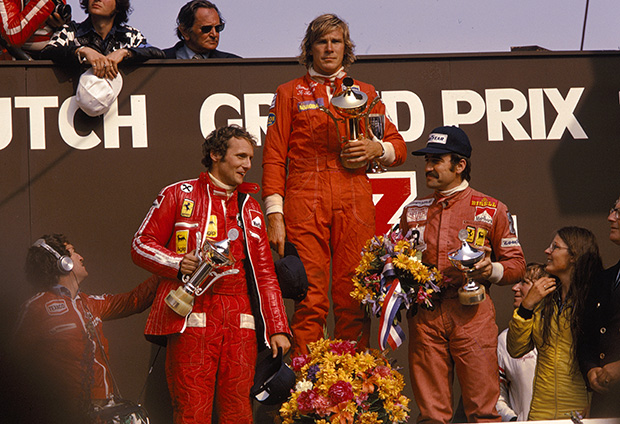 Lauda knew better than most how good the Englishman potentially was and it crossed his mind that he might have freed Hunt’s genie from its bottle. And so he had. PF