Age was just a number, as Fangio, Farina and Fagioli proved… and Räikkönen 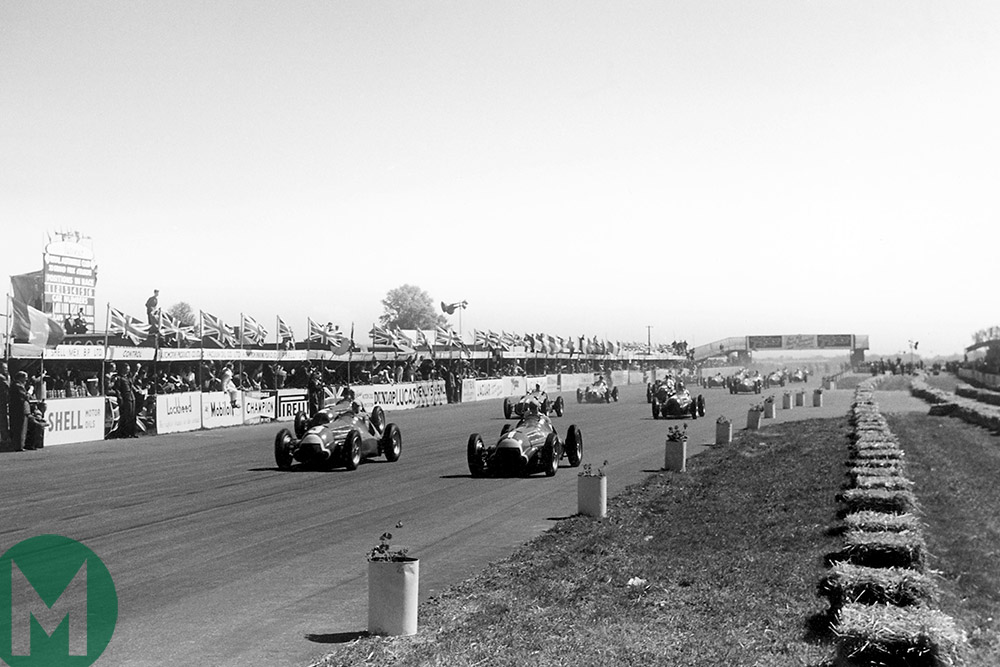 The pops (sic) combo that dominated the inaugural Formula 1 World Championship for Alfa Romeo had a combined age of 132 at Silverstone’s British GP on May 13, 1950.

Had the opener been held in July that figure would have been 134.

There they were joined at Alfa Corse on this historic occasion – and on the front row – by a guesting Reg Parnell, little more than a week younger than Fangio.

The Derbyshire man joined them on the podium too, Fagioli following the victorious Farina home after Fangio had retired because of an oil leak.

Their 158 Alfettas were hardly spring chickens either, having been designed in the main by Gioacchino Colombo while on secondment to Enzo Ferrari in 1937.

The sport had been in stasis – and the Alfettas hidden in a cheese factory – during WW2 and Farina, who, of the Fs had most definitely lost his best years to it, was desperate for redemption.

He got his second chance because not only was experience held in high regard but also because global hostilities had cut a swathe through A1 young men.

Fagioli was arguably on his third chance.

He’d begun racing in the late 1920s and by the mid-1930s was a key member of the crack Mercedes-Benz Grand Prix squad. Sadly he would be released for bad behaviour in 1936.

Whereupon, and to the surprise of many, he rocked up at rivals Auto Union. That, too, would end badly and he limped, wracked by rheumatism, from the sport in 1937.

Yet here he was, 13 years later, making a pretty good fist of reviving past glories.

Though clearly the slowest of the Fs, his consistency – a quartet of second places and a third from six GPs in 1950 – made him a valuable member.

Consalvo Sanesi, three months older than Fangio, and whose work as test driver was crucial to keeping the overstretched Alfetta ahead of the newer, almost as fast and handily more frugal, Ferrari 375 was promoted and started the Swiss and Belgian GPs.

Not until July’s French GP at Reims would the veteran’s veteran return to Alfa’s ranks.

At 374 miles – the longest GP in F1 history – and in soaring, searing temperatures, this was a tough ask and Fagioli suffered an early spin.

He had, however, passed Ferrari’s Luigi Villoresi, 42, by the time he was given a peremptory signal – after 20 of 77 laps – to pit.

There, Fangio was waiting – his magneto having succumbed to the heat.

The grateful Argentinian shook hands with this “stout-hearted dean of drivers” and jumped in as the car was rebooted (with Pirellis) and refuelled. 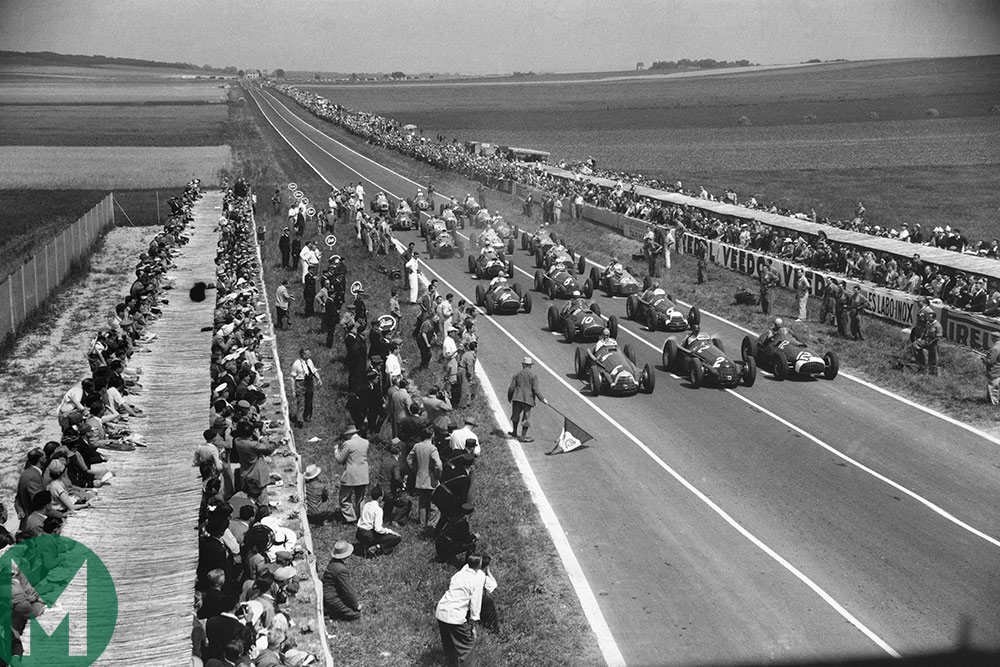 Victory would eventually go this pair’s way once Ferrari’s Alberto Ascari, a whippersnapper at 32, had retired because of gearbox gremlins and Farina’s Alfa had thrown a front tread.

But a half-share of the points did not placate a wounded Fagioli. He walked away from GP racing again – with not a trace of a limp this time – and this time never to return.

But the fire in that 53-year-old (and 22 days) belly burned strongly still and in May the following year he produced arguably his greatest drive to finish third in a rain-hit Mille Miglia in a Lancia Aurelia B20.

The fourth-placed Mercedes-Benz 300SL of his pre-war nemesis Rudolf Caracciola was more than 8min behind. The ‘Abruzzi Robber’ – a nickname that suited Fagioli despite its disputed derivation and geographical inaccuracy – enjoyed that.

Not for long, sadly.

A month later he crashed the Aurelia exiting the tunnel during practice for the Monaco GP, held that year for sports and GT cars.

A tough old bird, he battled his injuries for almost three weeks before passing away.

His immortality, however, is assured as the oldest winner of a world championship GP.

Not since Nigel Mansell’s 1994 Australian GP win with Williams has a 40-something prevailed at the sport’s highest level.

It has often seemed to me that Kimi Räikkönen is a racing driver born at the wrong time and that he would have been better suited mixing it with the likes of free-spirited James Hunt and Gilles Villeneuve.

Given his performance at the weekend perhaps I should rewind that to the 1950s: Fangio kept his counsel and yet was enigmatic and extremely popular with the fans; Farina could be curt and disliked any sort of publicity; and Fagioli was a proven winner who lost an internecine battle with a German team-mate.

Who knows? If Kimi can work a miracle with Sauber in the latter stages of next season, i.e. after his 40th birthday on 17 October – provisionally between GPs and therefore ideal for a lash-up – he could end another 25-year wait.

PS There was a support race for 500cc Formula 3 cars – Britain’s fecund seedbed for future talent – at the 1950 British GP.

The Coopers of Stirling Moss, 20, and Peter Collins, 18, went wheel-to-wheel throughout. For second place.

Though the former won this battle, he could do nothing about the victorious, self-built machine of the handlebar-moustachioed Wing Commander Frank Aikens, AFC and Bar.

When part of your bomber’s tail has been blown away by flak during a successful attack on German battleship Scharnhorst, motor racing must have seemed like a walk in the park.