Being dropped by Red Bull Racing at the end of last year was a painful experience for Alex Albon, and having to attend races in his reserve driver role has not been easy – it’s like being the third wheel at a wedding every other weekend.

However the Thai/British driver has a real spring in his step at Monza following last week’s announcement that he will replace George Russell at Williams in 2022.

Having replaced him with Sergio Perez, Red Bull directed Albon into the DTM this year. He could have gradually drifted away from any chance of making an F1 return, given the rate of turnover in this sport, with promising new faces arriving all the time. And yet now he’s back, and with a seat at team that is clearly on the up.

There were many forces involved in his arrival at Grove. In part it’s a power play by Christian Horner, Helmut Marko and Red Bull. Tired of the all-pervading influence of Toto Wolff and Mercedes across the sport – three engine partner teams plus Esteban Ocon placed at Alpine for example – they wanted to flex their muscles. The specific plus for Red Bull is that it keeps another driver up to speed and in the game for any future musical chairs within the company’s two teams, should Albon’s face fit. 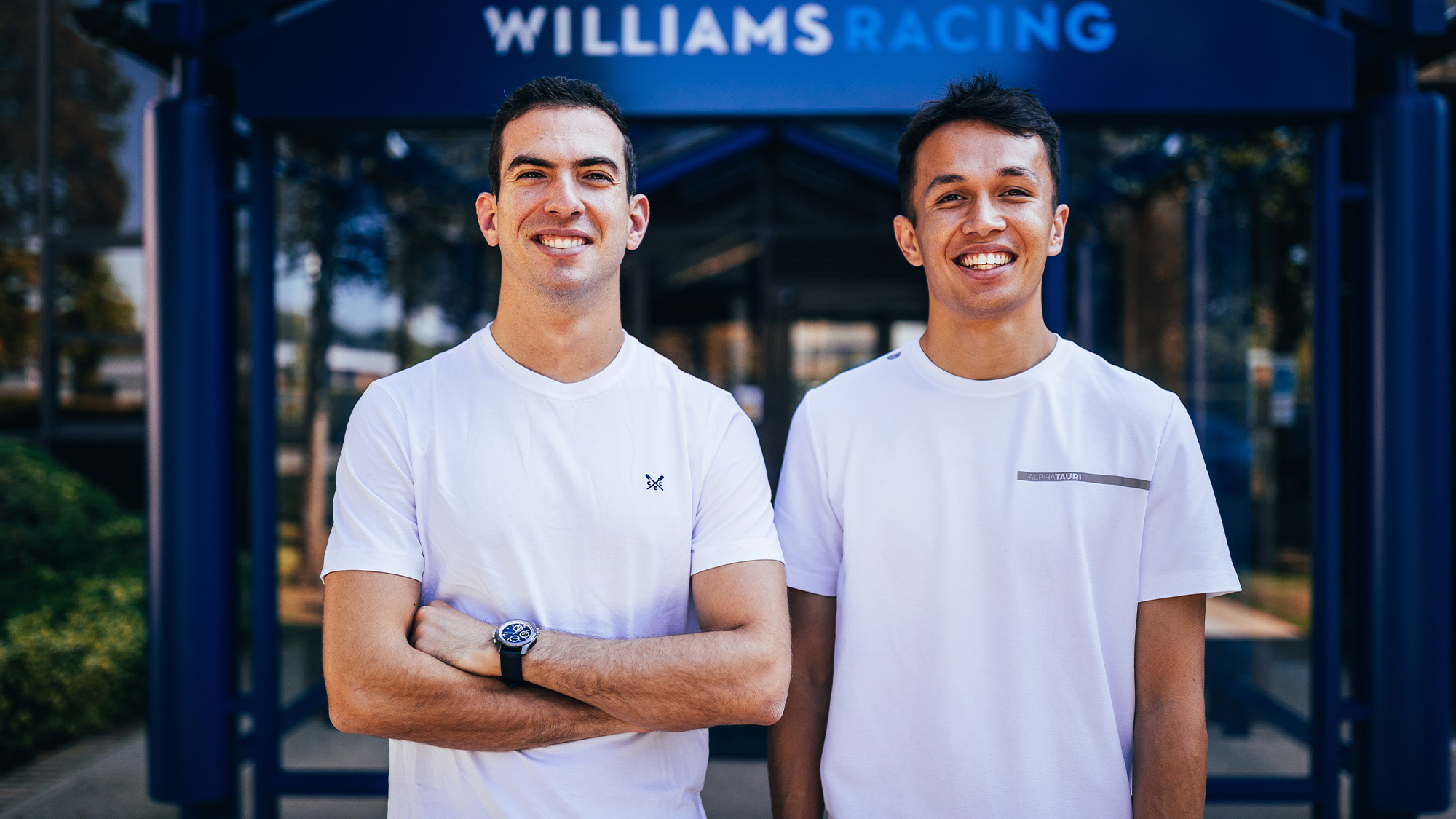 Albon and Latifi are confirmed at Williams for 2022

It wasn’t hard to do a deal with Jost Capito, a man with Red Bull connections that stretch back two decades to his days at Sauber, and which continued through his later role with VW.  There’s certainly more in it for Williams than just the signature of a promising young driver, and sources suggest that a useful commercial package comes with Albon, courtesy of the Thai side of the mighty Red Bull organisation.

It’s important to know however that for 2022 he will be purely a Williams driver – he won’t be popping back to Milton Keynes to help out in the sim or anything like that. If Red Bull then wants him for 2023 or beyond, the process is in place.

Albon certainly deserves another chance. There were signs of real spark during his days at RBR, but like others before, and Sergio Perez subsequently, he found that life as Max Verstappen’s team mate is not easy.

He’s spent this season racing in the DTM while also working hard in the F1 simulator, helping to make the current car quicker, while also developing the 2022 model.

“[It’s been] a year to reflect on things that I could have changed and learned from 2020,” he says. “At the same time it’s been obviously quite tricky. Just watching the sidelines is never very thankful. And I’m very excited to get back into it.” 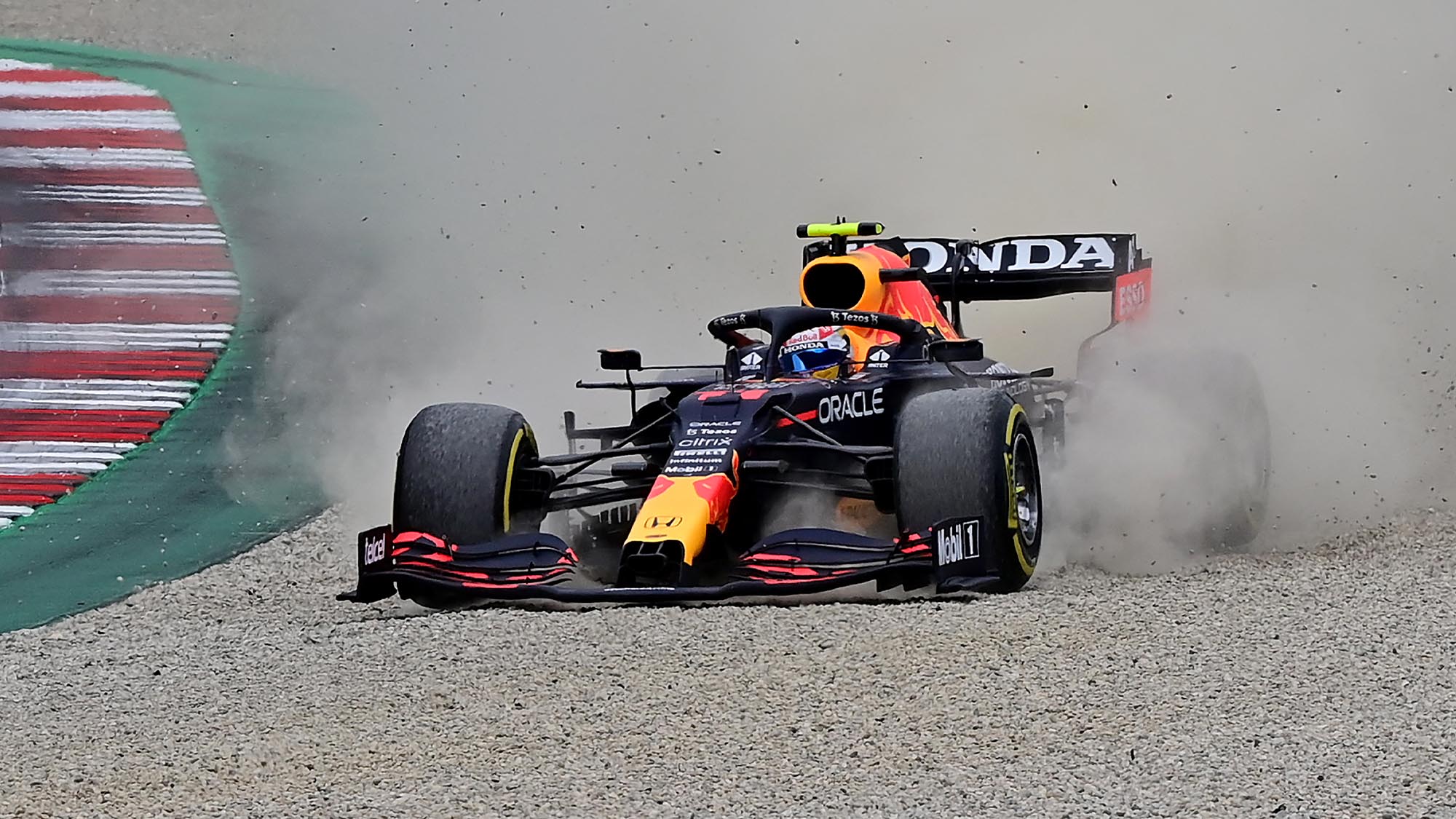 Albon has been helping Perez, who is in his own often-tricky red Bull debut season

Albon insists that losing the RBR seat was not the blow that you might expect: “It didn’t knock me at all, to be honest. I mean, I felt like there’s still options out there. And I still have to focus on on the job I’m doing, which is the DTM stuff, and just work with the team on development.

“So I think it wasn’t a surprise. As I said it was it was more about seeing if there were any options outside of Red Bull.”

“You spend this year thinking, ‘I wish I knew this, I wish I did this differently”

Albon was a Red Bull driver, with all the attention that entails, even in his karting days. As he worked through the ranks he was very much in the spotlight, and for most of his career he has faced the pressure of having to keep Dr Marko happy. Has his year in the DTM allowed him to reboot and enjoy his racing more?

“To be fair most pressure comes from internally,” he says. “I would say I’ve always been my biggest critic. And even when obviously times are hard, it’s more me being being angry at myself than anything else.

“But DTM has been a different experience for sure. I would say it’s much more relaxed over there. Completely different cars, as you could imagine. But I have enjoyed it to some extent. I think in the beginning, it was a little bit tricky to get used to.

“I did enjoy it more and more throughout the year. I wouldn’t say it’s rekindled my love for racing, because it’s always been there. And the fire is still very strong inside my belly. It was actually, let’s say, more fun than I expected.” 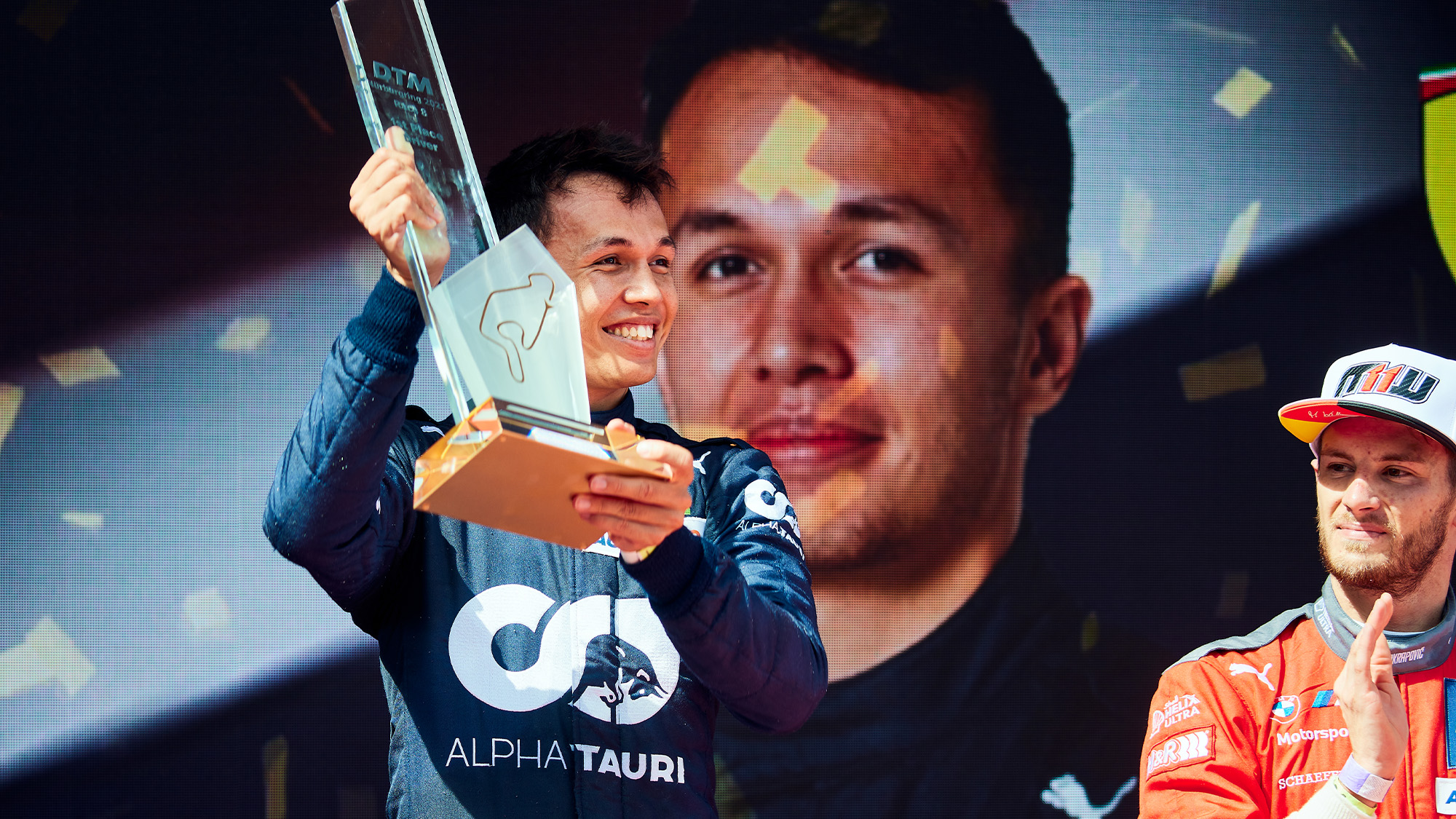 Alex Albon won at the Nürburgring in DTM this year

The reputation that took a beating in 2020 was given a retrospective boost by the struggles that Perez has faced to adapt to the car and match Verstappen. The team is obviously focused on the Dutchman, and only he appears to be better able to consistently extract the maximum from a car that is not easy to tame.

“Obviously, Checo has similar comments to me about how the car feels, and that kind of thing,” says Albon. ‘I wouldn’t say it felt good to see Checo do badly, because I want the best for the team, focused on the results for the guys. 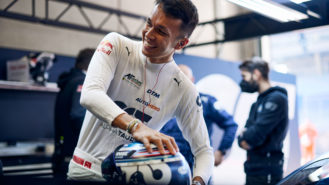 “So actually my attitude has more so been to help Checo out and give him my experience and my knowledge about the car to help him progress. Yeah, I think it was no secret that it wasn’t easy last year. I think we have made the car better. But it still can be tricky for Checo at times.”

So could he have done a better job with the 2021 version, having worked so hard to improve it back in the factory?

“Obviously very hard to say. But I think the guys have clearly improved it, let’s say relatively speaking. We’re more competitive this year than last year. I think that would just naturally improve my performance.

“But as I said, there are things coming from last year that I feel like I’ve learned. You spend this year thinking, ‘I wish I knew this, I wish I did this differently.’ It’s a time to reflect and a time to learn from the last two years.

“It was almost like wanting that chance to be able to have another shot at F1, and apply those lessons, which I’ve been very thankful to have.” 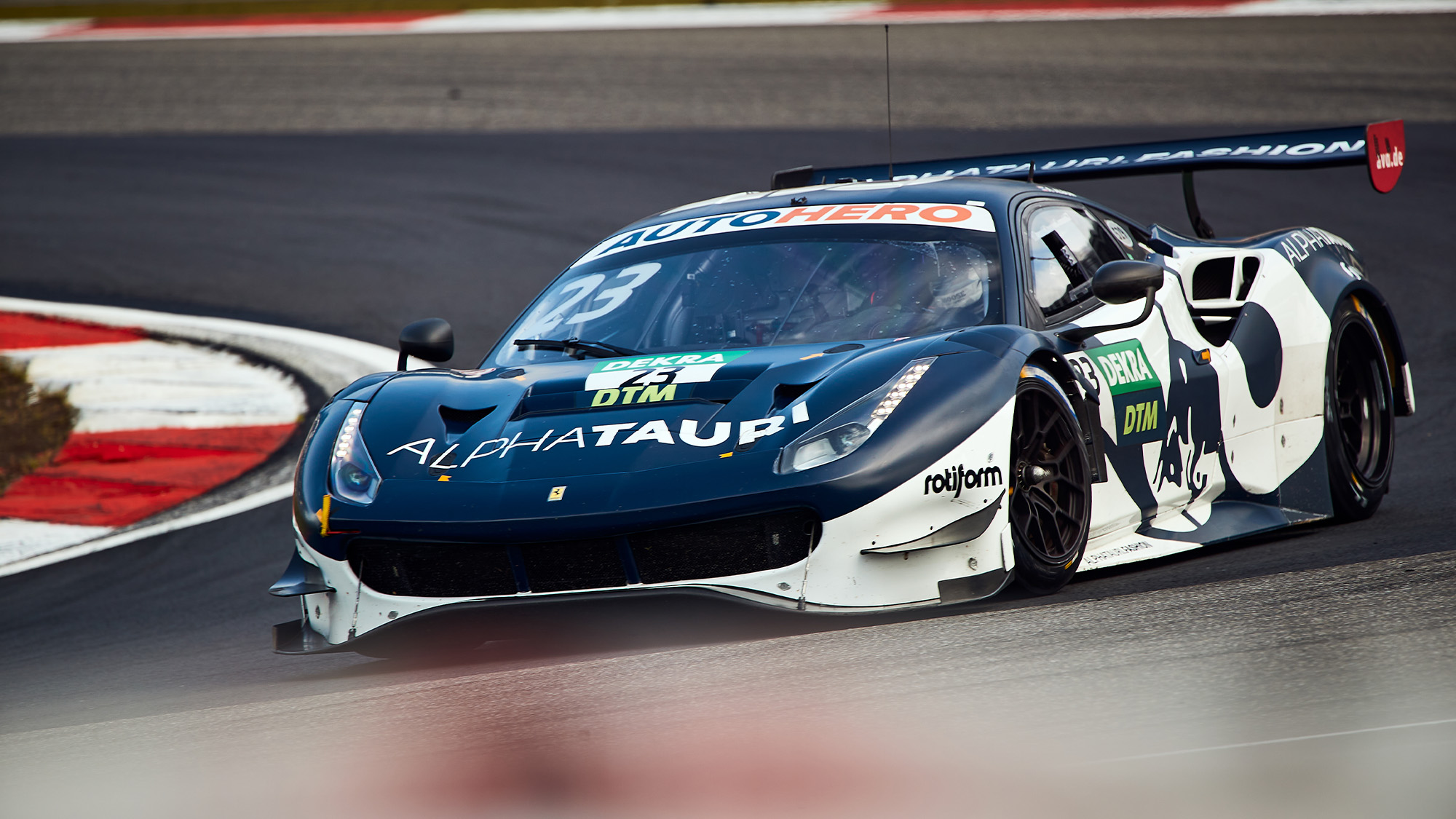 It was only in the last few weeks that Albon’s name began to emerge in connection with the Williams and Alfa Romeo seats. Prior to that he was thinking about a future elsewhere, and specifically in IndyCar.

“Yes, I did. I mean, you have to as well. For me, Formula E was also in consideration. Because you can plan as much as you want F1, but if it doesn’t happen, then you would have nothing. And you can’t play that game where it’s all or nothing. So I had to think about a plan B route.

“And those two came to mind. IndyCar at the time attracted me more so than Formula E. I went to Indianapolis to watch the racing and I liked it, and obviously I had a chat with Romain [Grosjean] as well about it.

“And it looked exciting, but my priority was always F1. And the other thing about that is that F1 can wait, because the decisions happen quite late compared to other series, so it was kind of a quite tricky balance to have where you’re trying to keep options open whilst the F1 seats and the musical chairs was still happening.” 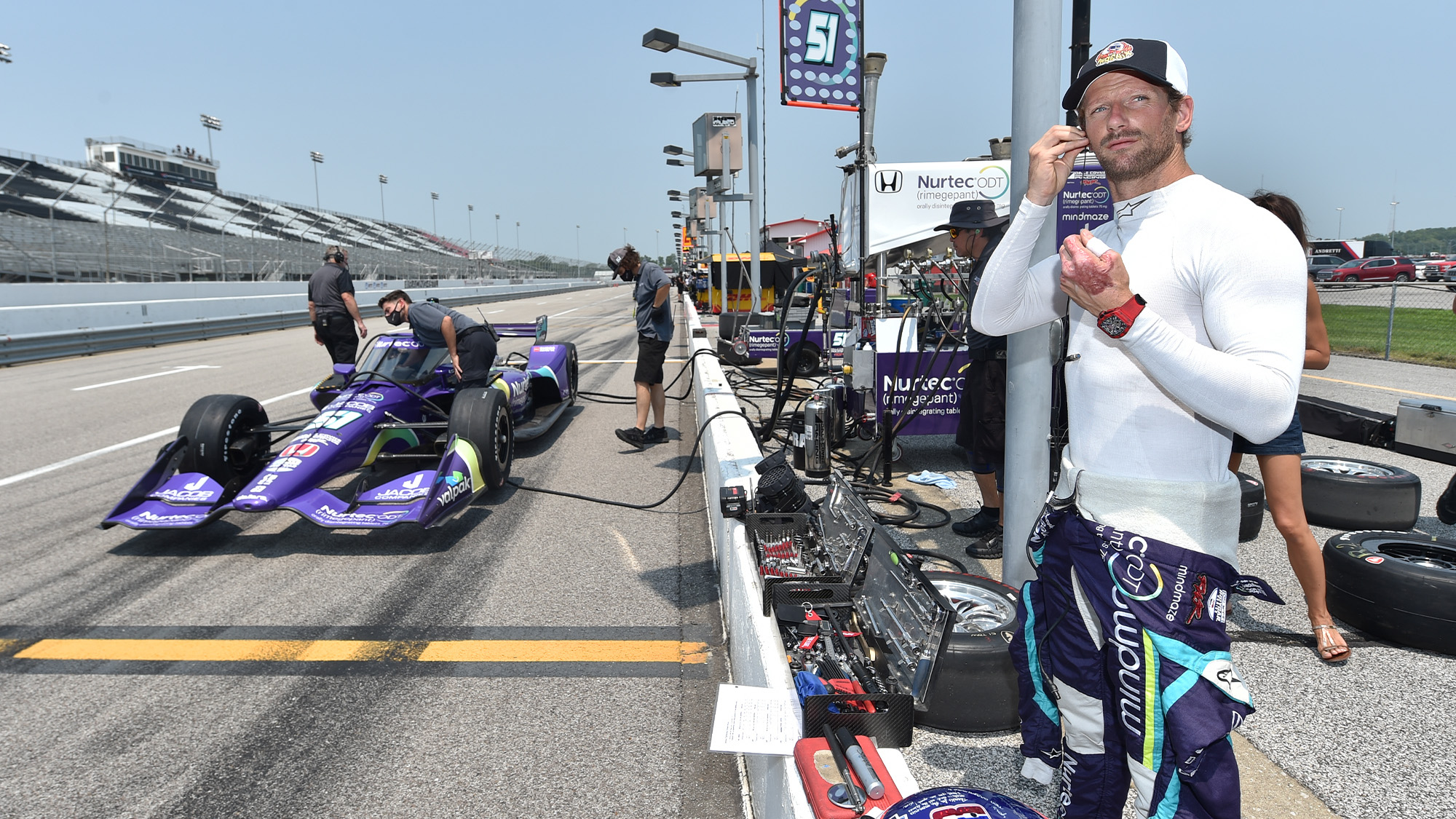 Gradually things fell into place, and Williams rather than Alfa Romeo became the primary focus.

“Other names were being mentioned. Of course, things moved quickly. And it was most probably especially true when the news said there was those chances where George was moving to Mercedes, and Valtteri moving to Alfa, and things picked up pretty quickly.

“There were obviously earlier discussions being had with Jost and with Williams. And it just came to be, obviously with a lot of help from Christian and Dr Marko as well.

“Looking at Williams, I would say that the first thing was that they look like they’re on the up, they obviously got the investment coming in. I also had the chance to visit the team, and they all seemed very positive, optimistic, they are very keen to talk to me and to get involved. And it seemed like a great choice to get back onto the grid.”

It didn’t hurt that Albon had Russell batting for him. 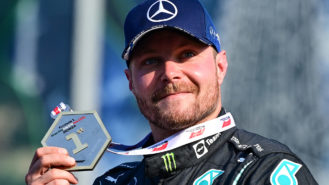 Valtteri Bottas won sprint qualifying at Monza... but starts at the back for the Italian Grand Prix; while Lewis Hamilton lost places to finish fifth. Have the favourites handed the race to Red Bull?

“Well, firstly, I’m close with George. I didn’t need to George to tell me but of course, I knew more or less the landscape of where drivers were heading, and who are the options around the around the grid, and for which seats. It’s always gonna be close, there are decisions to be made.

“He was very supportive. Obviously, George is a close friend of mine. I’d almost say too supportive, I remember the [Williams] board guy saying we can’t really take George’s opinion because he’s so supportive of you! So he was very friendly about that. I owe him a couple of beers.”

For the rest of this season Albon’s focus remains on improving the current Red Bull, and helping Verstappen to maintain his title momentum. At the end of the season, presumably at December’s Abu Dhabi test, he will switch his full attention to Williams. Longer term, the door will remain open at RBR.

“I would say it would be silly not to consider coming back,” he says. “At the moment I’m not really thinking so long term like that. It really feels like I’ve got to focus right now this year on my main priority, which is obviously us getting to win the championship.

“And then coming onto next year, it will be solely on Williams and developing the car and making sure that we have a good year, and keep growing through through that side.

“I just feel like right now I have to do the best job I can, and focus kind of short term and see what lays ahead.” 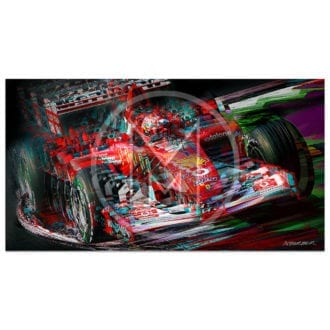