I was like so many people very sad to hear that Peter Gethin had died.

The news came to me on my mobile phone while I was at the charity karting event held in memory of Dan Wheldon in Milton Keynes on Monday. Peter had been unwell for some months so it wasn’t a shock, just very sad, because I’d known him a long time. 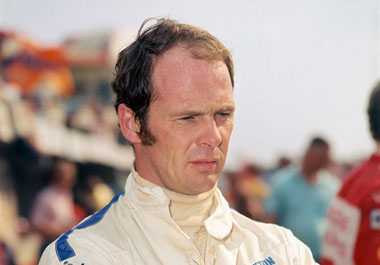 Gethin, or Geth as he was known, is most famous for that extraordinary victory for BRM at Monza in 1971, when he came barrelling out of Parabolica on the last lap and somehow managed to hang on to win by the cat’s whiskers from Ronnie Peterson (see Paul Fearnley’s The Power of One).

What Gethin should be famous for is his sense of humour. When I think of Geth I think of jokes, pranks and wind-ups. He was a very funny man and a great storyteller – partly because he had so many stories to tell after finding himself embroiled in so many japes and scrapes. In a racing car, however, he was serious and highly competitive. The son of a jockey, he was small in stature but big in skill and bravery. In 1969 he completely dominated Formula 5000 with Mike Earle’s Church Farm Racing team, winning the championship that year and the next. In 1973 he won the Race of Champions at Brands Hatch in an F5000 car, a performance that raised a few eyebrows in the F1 garages. 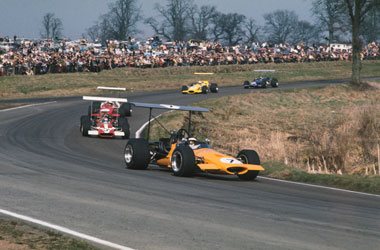 Church Farm Racing, based at Pagham in Sussex and supported by Derek Bell’s stepfather Bernard Hender, was a happy team, highly professional and competitive but also such a fun place to be. Earle and Gethin was the perfect double act, both quick to see the funny side, both committed to winning. If you wanted a beer and a good laugh at the end of a day, this was the only place to be.

I got to know Geth again when he came to Goodwood to run his driving school, latterly in association with Ferrari. By this time he’d been team manager at Toleman and had run his own Peter Gethin Racing outfit. Like many of his generation he was happiest in the cockpit, racing was what he did best, and becoming the businessman was simply what he had to do to pay the bills.

Peter Gethin will be much missed by all who remember him.