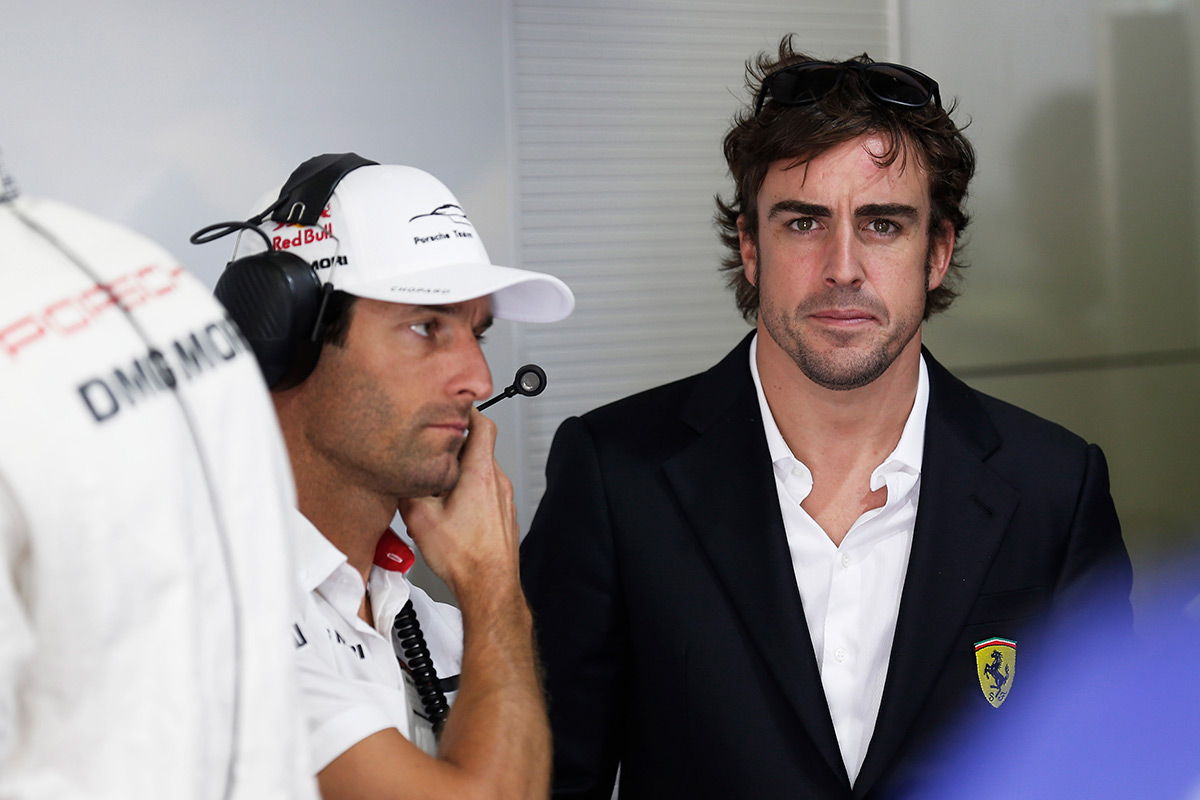 The rumours have been circulating for the past few years, but Fernando Alonso has implied he is to move to the FIA World Endurance Championship with Porsche when his McLaren contract comes to an end.

According to Daily Sportscar’s Graham Goodwin, the Spaniard said in a special farewell video to Mark Webber during the end-of-season gala dinner: “You’ve had a fantastic career and now all your success with Porsche. You didn’t wait for me there, it would have been nice but you’ll still be around and I will ask you many things when I join your adventure.”

Alonso waved the tricolour to begin the 2014 24 Hours of Le Mans, which poured fuel onto the rumours just when his Ferrari future was looking increasingly uncertain. His current McLaren contract expires in 2017.

You can watch the whole video below.