Whether it was Schumacher or Alonso, Russell or Vettel, the Bahrain test was important for F1’s new boys and old hands​ 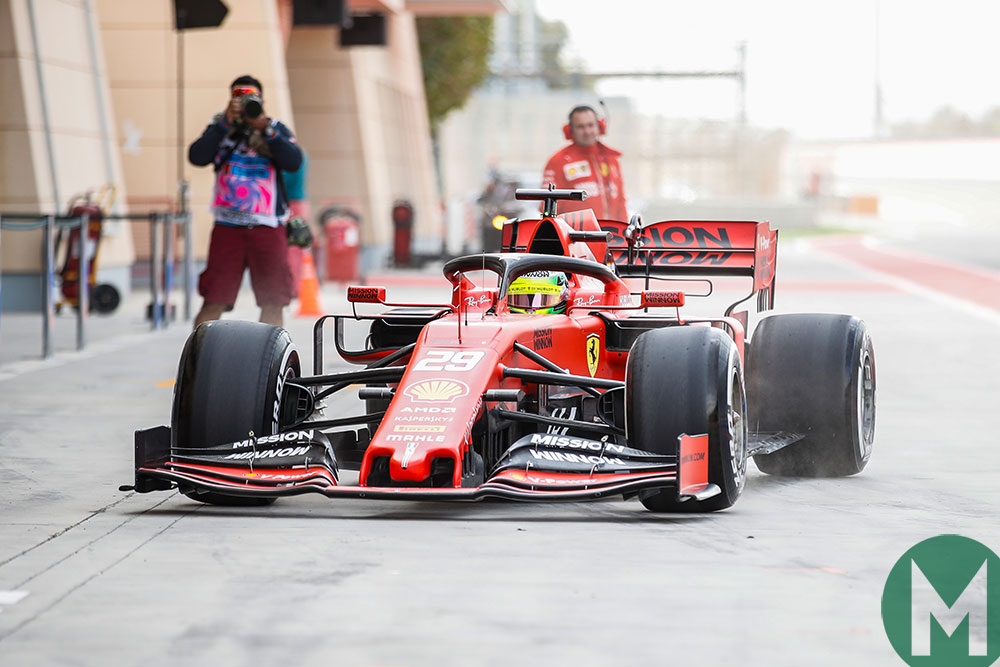 “It was nice to see on the screen this morning ‘M. Schumacher’ and ‘Alonso’, they were together at the beginning. If it was Michael or Mick, you’d never know if you saw the first moment.”

Fernando Alonso summed up the slightly surreal sight on the timing screens during the first day of testing in Bahrain, where familiar names returned, even if the ‘Schumacher’ one was being carried on a new set of shoulders.

Mick’s first Formula 1 test could hardly have been more poignant given his opening day came in the Ferrari. A car that had two days previously let down Charles Leclerc and proved troublesome for Sebastian Vettel was no longer being questioned, as all of the focus was on the 20-year-old German behind the wheel.

Future F1 drivers drew the majority of the attention, but the test could prove equally crucial to the hopes of more celebrated names

With all of the other nine teams running race drivers on Tuesday – save for Haas giving Pietro Fittipaldi half a day alongside Romain Grosjean – Schumacher received massive interest. He had to negotiate a tunnel of photographers when driving out of the garage for the first time, and a wall of them when he returned after his installation lap.

His time in the SF90 went smoothly, but it was time that was limited. The number of race drivers in action highlighted the importance of the test, but unexpected rain led to four hours of no track running. The teams only had themselves to blame, but it was understandable why.

“We selected the tyres for this test back in December and not expecting rain, we chose only dry tyres,” Mercedes’ chief race engineer Andrew Shovlin admitted. “So, once the track was properly wet we didn’t have any option but to wait for it to dry again.”

On both days, there was little in the way of on-track drama. The same couldn’t be said off-track however, as Renault and Haas killed time by kicking an AFL ball across the paddock to each other. That is, until it got stuck in a palm tree and needed retrieving with the help of a cherry picker…

Still, for Mick – and a number of other rookies – there was another day to go. The son of seven-time world champion Michael switched to Alfa Romeo on Wednesday after finishing second in a Ferrari on day one. Max Verstappen ruined the day one headlines with a late lap to top the standings, as Red Bull analysed where it struggled compared to Ferrari and Mercedes.

Verstappen’s place was taken by Dan Ticktum, renewing last year’s European Formula 3 rivalry between the Red Bull junior and eventual champion Schumacher. For both there was much more of a sense of audition on Wednesday. 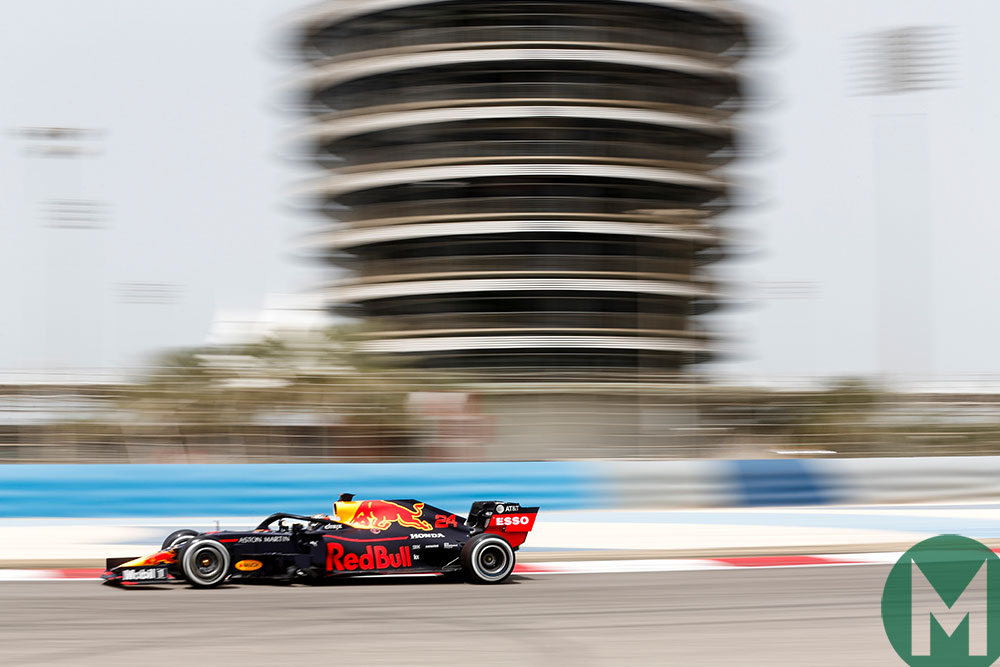 Schumacher completed 70 laps as Alfa completed its program, and the overwhelming enjoyment he’d had in the Ferrari was replaced with a steely desire to improve.

“I enjoyed it for sure,” Schumacher said. “This time though I was trying to really focus on working with the team, working on myself. That’s for sure still a lot of fun. I was trying to get more competitive.

“[They were] very different conditions … It’s hard to compare the two days. The cars in front were very quick, but I think we did a decent job and we can be happy with that.”

Sixth on the timing screens and within a second of George Russell on top in the Mercedes was a more than respectable result, but of more importance will have been the experience of seeing how two different Formula 1 teams work. Especially two you could see him driving for in future.

The same can be said for Ticktum, who managed 134 laps – more than Schumacher’s total for the week – and could focus on race simulation running as well as lower fuel stints.

“A lot learned, first time in a modern F1 car,” Ticktum said. “A big step up for me, even from Super Formula. The biggest thing for me was learning about all the different procedures because you don’t have that in the junior formulas. All the different things on the steering wheels, even on push laps you have to change so many things. That was all a bit to take in to start with but I think I got used to it pretty quickly.”

Russell snatched the fastest time late on with a C5 tyre run, and now has a direct comparison for where Williams is lacking compared to the championship-leading car. While at Ferrari, Vettel returned for day two – in Leclerc’s race chassis – and was encouraged by the feeling as he sought answers for his own personal struggles on Sunday’s race.

Over two days when potential future F1 drivers drew the majority of the attention, the test could prove equally crucial to the hopes of the more celebrated names over the coming races.