The past two off-seasons at Enstone and Viry-Chatillon have hardly been quiet. Cyril Abiteboul left last year as the team transitioned from Renault to Alpine, with Davide Brivio arriving as Fernando Alonso returned but battled injury from his cycling accident.

Then this year, Marcin Budkowski departed, as did Alain Prost, and more managerial hires were made at a time when it felt like the team should have been at its most settled heading into the new era.

But at the car launch in Paris on Monday night, there was an optimism that felt like it could be backed up in terms of the team now being in a stronger position, regardless of what the actual car does on track.

One of the biggest criticisms of Alpine in recent years has been a feeling that it is disorganised. It hasn’t been clear who is really calling the shots, and that was only heightened last year with a number of senior managers working under CEO Laurent Rossi who was proving very hands-on.

From Rossi’s point of view, that was intentional, because the structure was created out of necessity a year ago and then he wanted to understand what was going to be needed beyond that point to make the team better.

Or as he himself put it, was the 2021 structure “what will help us become best of the best instead of best of the rest?” 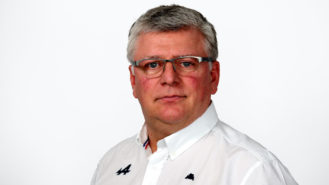 Answering his own question in an industrial corner of the Palais de Tokyo, he added: “I didn’t think so.”

And more recently, the team has been making structural changes that make plenty of sense, because they address weaknesses of what is quite a unique set-up. For starters, there’s the power unit facility being in a totally different country to the rest of the team, and the natural disconnect that can occur as a result.

Rossi wanted that improved upon, and has turned to Matt Harman to oversee the relationship between the two aspects of the team more closely, while Bruno Famin is tasked with running the power unit operation when he arrives from the FIA.

After a classy launch event in the shadow of the Eiffel Tower that suggested a car brand looking to make a statement, Rossi was keen to explain just how he foresees the team working following the recent movement.

“When you look at it really, it’s not a lot of changes because Matt Harman was already in the team and Pat Fry was the technical director, we just elevated them both at the same time. My goal being with Matt Harman and his engine engineer background to further the performance and integration of the PU and the chassis, because otherwise you’re really not a works team.

“Really that was not good and I want us to take advantage of that because it’s one competitive asset that few others have. The two of them will also divide and conquer, which is very useful. Because you’re going to have Matt Haman staying mostly with the team in Enstone but Pat Fry being on track, helping the people on track to improve the performance.

“Last year it was something we didn’t really have to do because the car was frozen after six races, this year it’s going to be the crux of the matter. You’re going to have to improve the performance race after race. So you have to conjugate the difference in timing between the track – which is a day or a week turning things around – versus the factory which is a month, six months or a year. 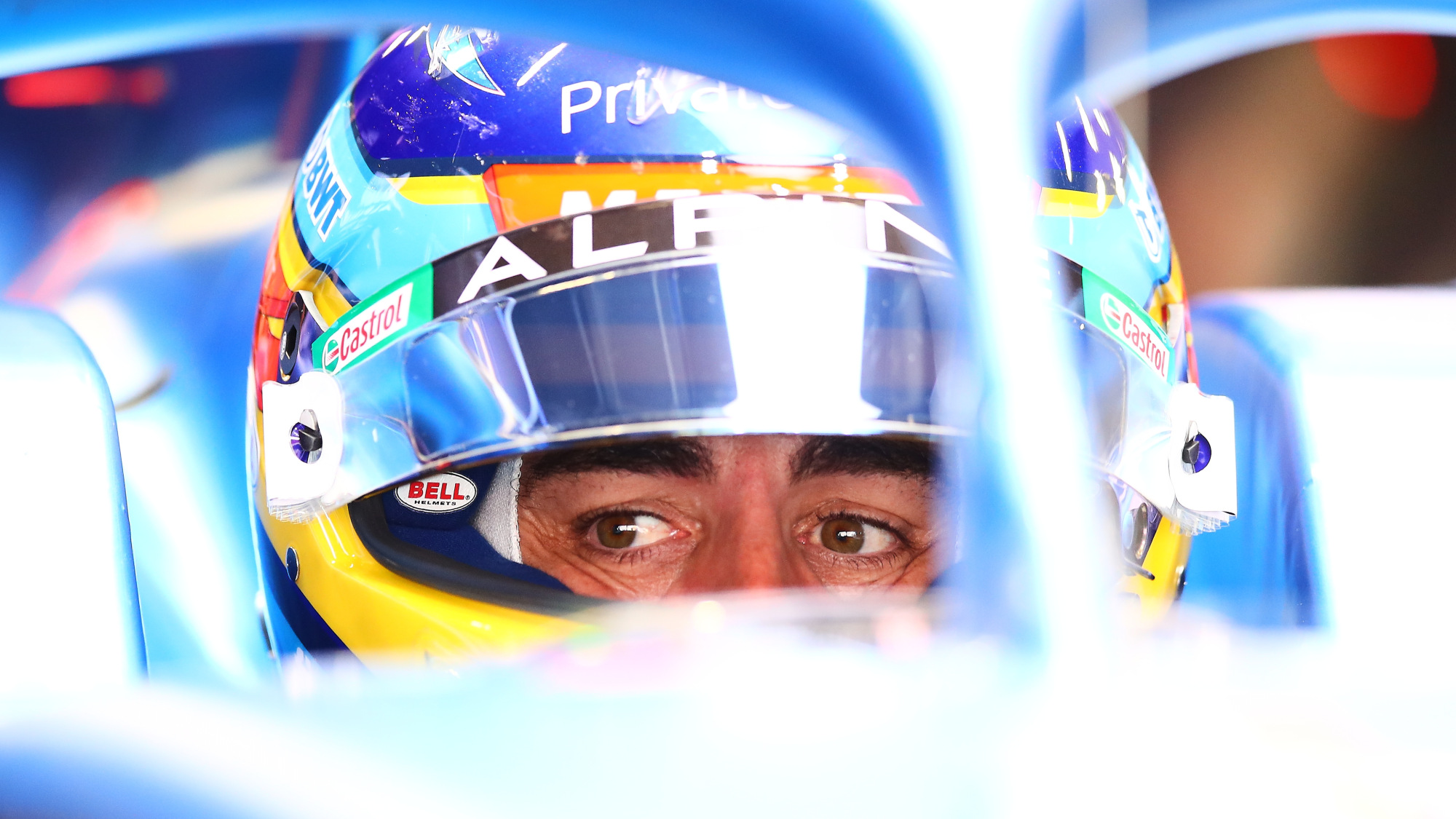 Alonso will likely spearhead any challenge from Alpine this year

“Having those two together, exchanging and making that link, reinforcing the collaboration and hopefully getting us performances every week, will help, so on this part we’ve strengthened.

“Viry the same, Bruno Famin will make sure that the team are supporting the F1 outfit as efficiently as possible while thinking about the PU of the future in 2026, as well as other challenges like LMDh and the sort. And I couldn’t really continue managing Viry on a daily basis anyway.”

It’s clear that Rossi saw weaknesses with the way the Alpine structure works from an F1 point of view, and he has acted upon them. But in doing so, he again created a situation where there were lots of heads of departments, only this time there’s a clear space for someone to take control. And that’s where Otmar Szafnauer comes in.

“I figured we need someone who is the common point between Enstone and the track, and enabling Pat Fry, Matt Harman, Bruno Famin to work together while optimising for cost cap, that’s a team principal. I think Otmar is bringing indisputable qualities to the table and will probably help us to raise our game by a level or more.”

You might be thinking that all sounds like familiar talk when it comes to a team restructuring and it usually gets followed by warnings that it will take time for the changes to have an effect. But that’s where the Alpine outlook in Paris differed, because Rossi was keen to portray an added confidence that he says wasn’t there a year ago.

“You can see that everyone is observing others’ cars – not just us, even the top teams. It’s a good sign, they’re not that confident, and rightfully so. It’s a blank sheet of paper. I see a very motivated team in Enstone and Viry, I see people very confident. I can tell you last year they didn’t have the same smile on their face because we knew we were severely impacted by the change of regulations from 2020 to 2021 and we knew we didn’t really pick up all of the pieces at once.

“This time around we had very ambitious development targets both in Viry and Enstone, they’ve been achieved so it’s good. It puts us in an area where we feel like this is already a good start and we already have innovation and other parts and pieces coming throughout the season. So definitely a good feeling, but then again it’s when you are on the track that you will figure it out!”

The confidence spills down to the drivers who were working in the factory between Abu Dhabi and Christmas in search of any gains they could find, and their motivation was highlighted by Esteban Ocon spending Monday morning helping unload parts of the car in Barcelona as the build continued, then flying to Paris for the launch only to return a few hours later for the filming day, and doing it all with a massive grin on his face.

“Last year was a warm-up as Fernando said it – put it brilliantly,” Rossi added. “This year is when the game is on for real.”

Such confidence often comes back to haunt a team, and Renault itself was guilty of that in the recent past. But perhaps then it needed to speak so positively for fear of seeing the operation shut down, something Luca de Meo says he was eager not to do, but wanted to reduce the financial burden for limited return when it came to results.

That reduction has happened by both the introduction of the budget cap and the arrival of BWT as title partner, so now de Meo sees an acceptable outlay with the potential for success.

Unless it has failed to learn from its past mistake of talking itself up too much, the French constructor has a platform in place now to really move forward from.