Peter Windsor (below) and Ken Anderson have been working for years to put together an American Formula 1 team and the pair will formally reveal their plans in a half-hour show in Speedtv in America on Tuesday, February 24. Windsor is a veteran journalist and Speedtv F1 commentator who also worked twenty years ago for the Williams F1 team. Anderson is a widely experienced race engineer and one-time shock absorber expert who worked for Penske Cars in the eighties and early nineties and also enjoys a range of F1 experience. Their new team will be based in Charlotte, North Carolina where the cars will be designed and built. 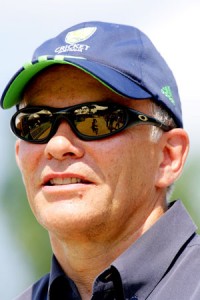 “As you know, Peter and I have been working on this for years,” Anderson (below) commented. “What’s occurred in the global economy and its effect on Formula 1 has helped make it possible to field a team for much less than the hundreds of millions of dollars the top teams have been spending, but that doesn’t mean this will be a shoestring operation, not at all.

“We’ve had an unbelievably positive response and so much support from across the United States and around the world,” Anderson continued. “We already have a major global American company seriously interested in coming onboard as our primary sponsor and we have some global companies who want to get to both the American and world markets with their products or services. 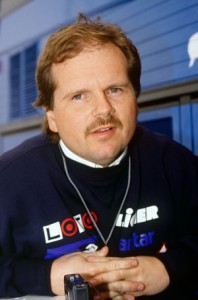 “Over the past ten or more years F1 has been prohibitive for anything but manufacturer-supported teams. There was a $48 million bond to pay upfront and then customer engine programmes or specialty engine builders went away. We said, this can’t go on forever, and now times have changed and it’s possible for us to make this happen.” 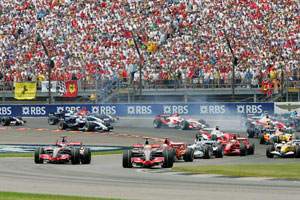 (Lewis Hamilton leads the field away in the USA Grand Prix in 2007, the last time the Formula 1 circus visited the States)

Anderson says the FIA is fully supportive of his and Windsor’s plans to field an American F1 team. “The FIA has embraced the idea of this team,” he remarked. “We’re the poster child for the FIA for doing F1 in an economic, sensible way, without all the excesses.”

Anderson adds that doesn’t mean the team will lack for technical resources. “We’re starting from ground zero which means we won’t invest in old technology,” Anderson said. “We’ve had tremendous response and interest from Silicon Valley and we will have some great engineers working for us – very motivated, switched-on people who are highly-motivated to do this. The majority of F1 technology comes from the United States. The teams around Oxford and the people at Maranello do a great job of packaging that technology. But it originates and continues to be developed in the United States, and we’re going to be tapping into that on a major scale.”

Another factor in Anderson and Windsor’s thinking is catering to the fans. “Peter and I know we’re in the entertainment business,” he commented. “People are hungry for technical information and we’re going to be the most fan-friendly team you’ve ever seen in providing access to what we’re doing.”

Anderson’s business, Andesign, is based in Charlotte, North Carolina, which has become the centre of the American racing industry over the past decade. The team expects to establish a European operations base in Spain in partnership with Sergio Rinland (below) and Jon Villdeprat, but all the manufacturing and car construction will take place in North Carolina. With direct flights to Europe from Charlotte, Anderson sees no problem in operating from there. “After Monza for example,” he remarked, “we’ll have our cars back in Charlotte and the Williams transporters will be only halfway through France.” 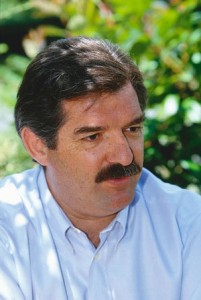 Nor does Anderson see any problems in finding a competitive engine supplier. “We’ve talked to most of the engine manufacturers and again, the response has been very strong. We’ll be sending out formal requests on February 25, the day after our announcement. You have to remember that the United States is the biggest market for all the manufacturers and many of them are now building road cars in the USA and in the South in particular.”

Anderson also said that Speedtv is very enthusiastic about the team. Speedtv is the USA’s only television network dedicated to motor sports coverage, including televising the F1 races in America. “Speed and Rick Minor have been tremendous supporters of everything we plan to do,” Anderson said. “They’re a key element in helping make this happen.”

Anderson and Windsor’s team will be the first American operation to race in F1 in more than twenty years and everyone at Motor Sport wishes them the best of luck on their exciting new endeavour.