A number of top drivers around the world decided to retire this year. These included Nico Rosberg, 31, Felipe Massa, 35, Jenson Button, 36, Mark Webber, 40, and Jeff Gordon and Tony Stewart, both 45. All these drivers achieved a great deal during their careers but few drivers in the history of the sport enjoyed as long and diverse careers as Mario Andretti.

Mario was 54 years old when he retired from racing Indy or open-wheel cars at the end of 1994 but he continued to do Le Mans and the odd sports car race through 2001 when he was 61. Over the years Andretti started more than 1000 races, scoring over 100 wins.

“Nobody could ever question my desire or my passion for the sport,” Mario says. “But at the same time I had enough pride that I wanted to remember my last year and last days in the sport in a positive way. I looked over my shoulder and looked at some of my compadres who overstayed themselves a little bit. I said ‘I just hope I don’t have those memories’. That was always my fear and it’s real because your career doesn’t last forever. 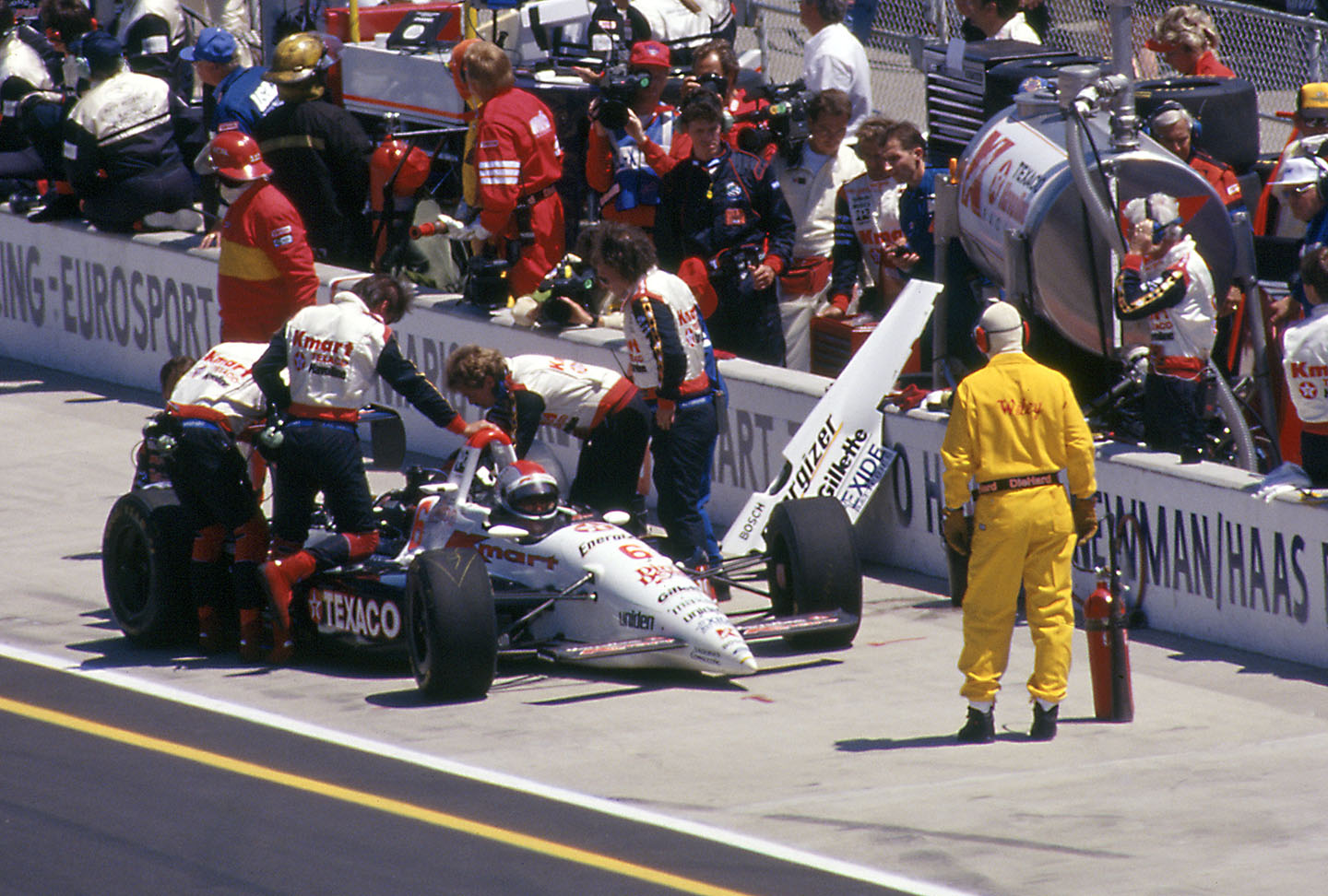 “I like to think I accomplished that,” he adds. “I was still competitive with any of the young guys. I’m sure that some of it was missing, but not a lot, and that’s part of my satisfaction in my career. My head is high about my last year. I have great memories. I look at the positives and I think the positives far outweigh the negatives.”

Brian Lisles (below) was Andretti’s engineer through his final years in Indy cars with Newman-Haas. Lisles says Mario’s relentless effort to do a better job continued through his last race and final pitstop. “There were things Mario still did better than Michael, even at the end of his career,” Lisles remarks. “When it came down to a pitstop that was really going to make a difference, there was nobody quicker. Nobody would stop the car better and nobody would get out of the pitbox faster than Mario when he really decided he needed to do it. Any number of times we used to beat people out of the pits with Mario because he worked hard at it and was very attentive to what was going on when the car was stopped.” 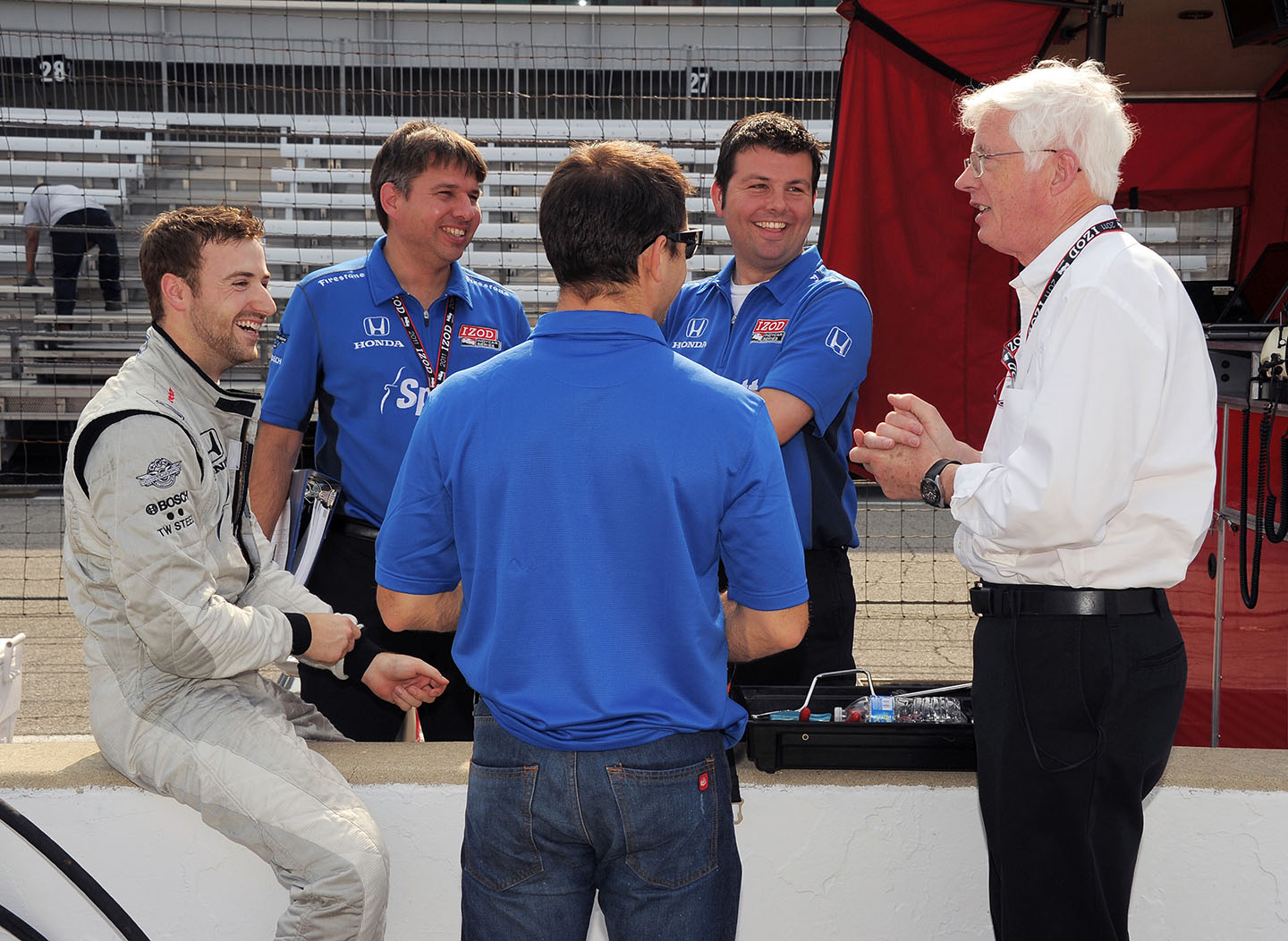 John Tzouanakis was Newman-Haas’s team manager back in those days and Tzouanakia says he never saw any real sense of Mario aging. “Mario was still Mario,” Tzouanakis observes. “He was getting up there in age but week in and week out we would still have a shot at winning. He would go out to practice and it wouldn’t matter if you were on an oval or whatever. He’d maybe do an installation lap and then maybe three or four laps later he’d be going as fast as he was going to go all weekend and it was usually right there with the fast time that people were going to do. It was incredible how he would just get in the thing and go. He would get right up to speed and then start fine-tuning cambers and dampers and whatnot.

“He was always in the top five or six and in those days you had quite a few strong cars and teams. Compared to who he was racing against you didn’t say: ‘Here’s the old guy competing against all the kids’. He still knew what he wanted and how he wanted to go about things.”

Donnie Hoevel was Andretti’s chief mechanic through Mario’s final years. Hoevel remembers the last tyre test Mario did with Goodyear at Indianapolis near the end of 1994. “They had every Goodyear engineer known to man out there and they all said they were disappointed it was all over because they loved to do tyre tests with the old man,” Hoevel says. “There were times when they’d slip in a set of control tyres without telling him and he’d say, ‘Ah, you guys are trying to fool me! You can’t fool me. I know what you’re doing.’ There aren’t too many people who have that kind of feel.” 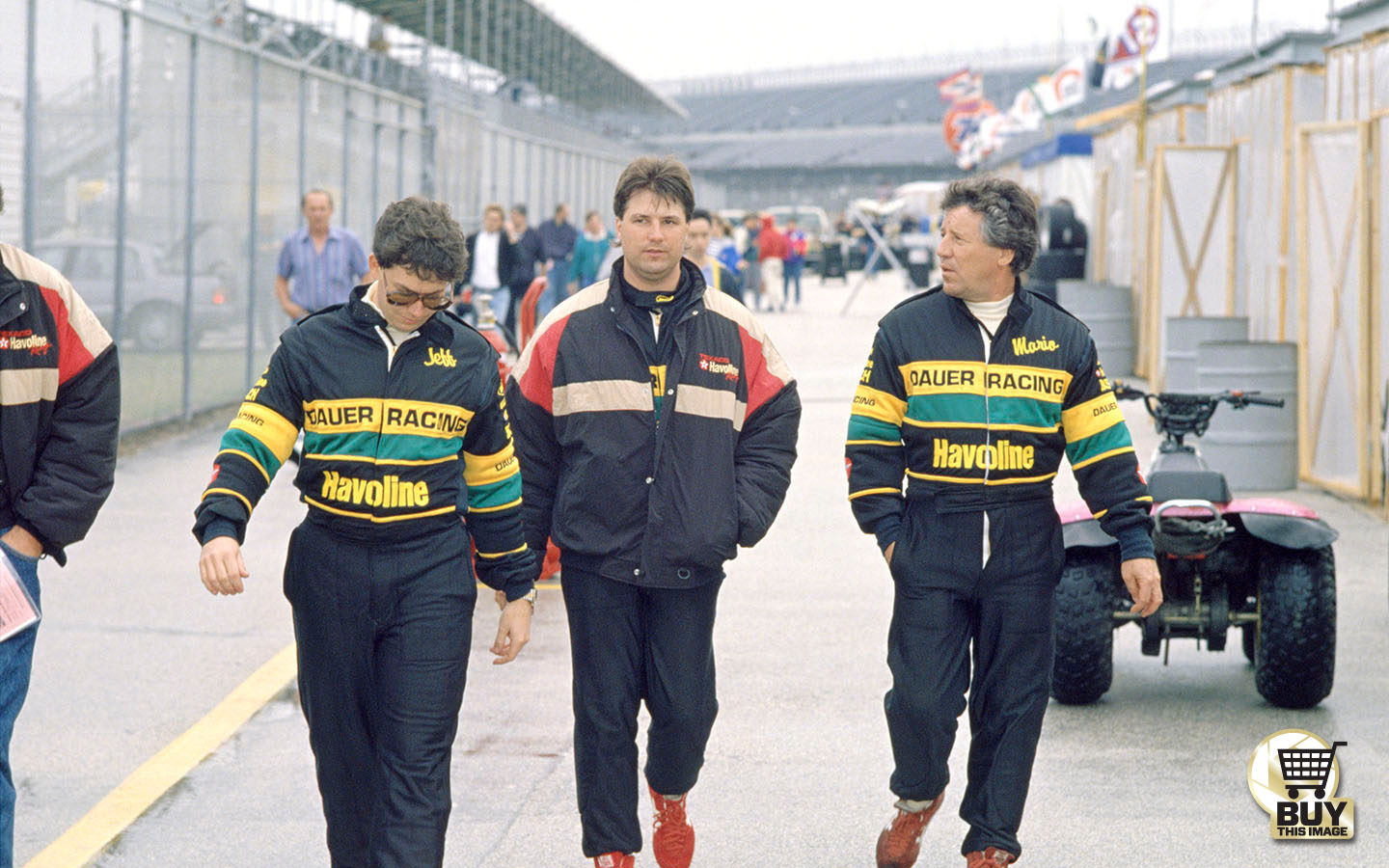 Ford’s Neil Ressler adds a story of his own abut Andretti’s uncanny skills. “On the Newman/Haas’s cars in 1993 and ‘94 I remember Mario would go into the turns and give the steering wheel a flick,” Ressler says. “The cornering speeds were close to 230 mph and he’d flick the wheel just to see what the car was doing. Honest to God. How he could do that I have no idea. I guess he had good enough car control that he could catch it.

“Once we took Mario and Paul Newman on a couple of Ford Mustang test drives and Mario picked up some subtleties in the steering that Jackie Stewart had felt. I suppose we believed as part of Jackie’s promotional front for Ford that he was the only guy in the universe who could have felt that. But Mario felt it on the first turn. It turned out there were two people in the universe who understood and felt the subtleties that were being talked about.” 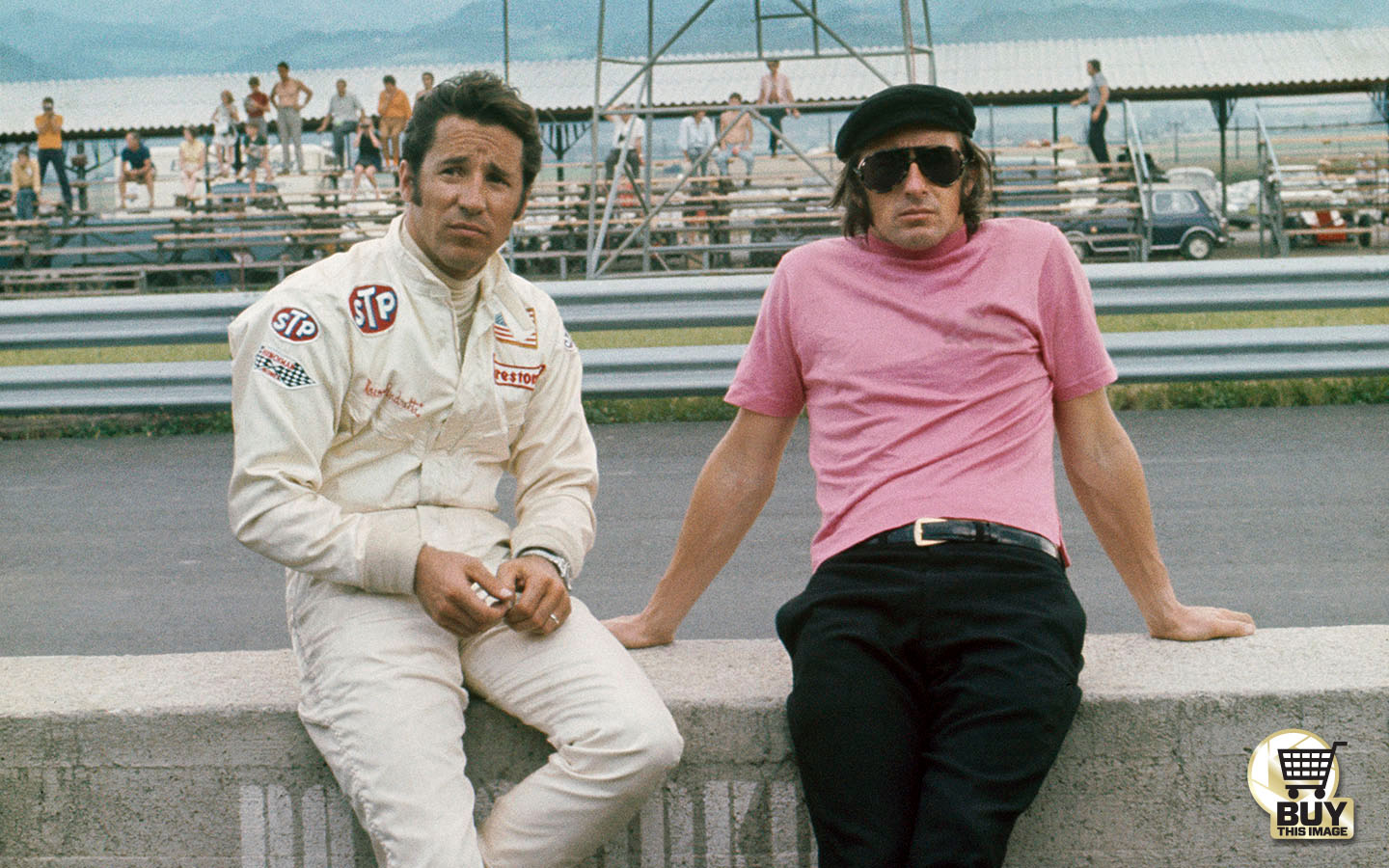 Bruce Ashmore was Lola’s Indy car designer through the late 1980s and early ’90s. Ashmore says he learned everything you need to know about how to go testing from Mario. “He was the most influential driver in my career,” Ashmore declares. “That’s because he loved to test and develop new ideas. He always wanted to try something new. He would be in the car at nine o’clock in the morning and if you had to he would run every hour until six o’clock with the sun in his eyes.

“Yet he would run every lap the same so that the component you were testing was the difference that made the lap time. From the moment you got to the racetrack in the morning until the moment you went home at night you concentrated on the racing.

“He taught me how to test,” Ashmore adds. “Just because you had spent many thousands of dollars developing a rear wing he wouldn’t try and make it work like a lot of drivers would. A lot of people in motor racing get it wrong. They want something to work because it was their idea. But that’s a mistake. Mario had the ability to cut all that out and just assess the part on its performance and how it fitted into the package.

“The other part of Mario is that when you went to the racetrack he would look at other teams and cars and wonder what they were doing. But he would never say, ‘I need that car to win this race’. He would always say, ‘How can we make this car beat that car?’ He always believed that what I had designed would win the race and the championship, and for a designer that is huge. If you’re always looking over your shoulder because you know your driver really wants a March or a Penske or a Reynard it’s hugely deflating. Most drivers are like that.

“As a designer you’re always criticising yourself and when you push the car out the door you’re never happy with it because you can always think of ways how you could have done it better,” Ashmore relates. “All you see as a designer is the flaws. So you don’t need a driver to point out the flaws and the big thing about Mario was he would never do that. To him, it was always a beautiful thing and he would try everything he could to make that car win the race, and he did a lot of times.

“When you went testing with Mario he was always asking, ‘Why do we this?’ Or, ‘Can we do this, or change that?’ I’d always come home from a test with Mario with more questions than I had answers. He was always thinking and pushing.” 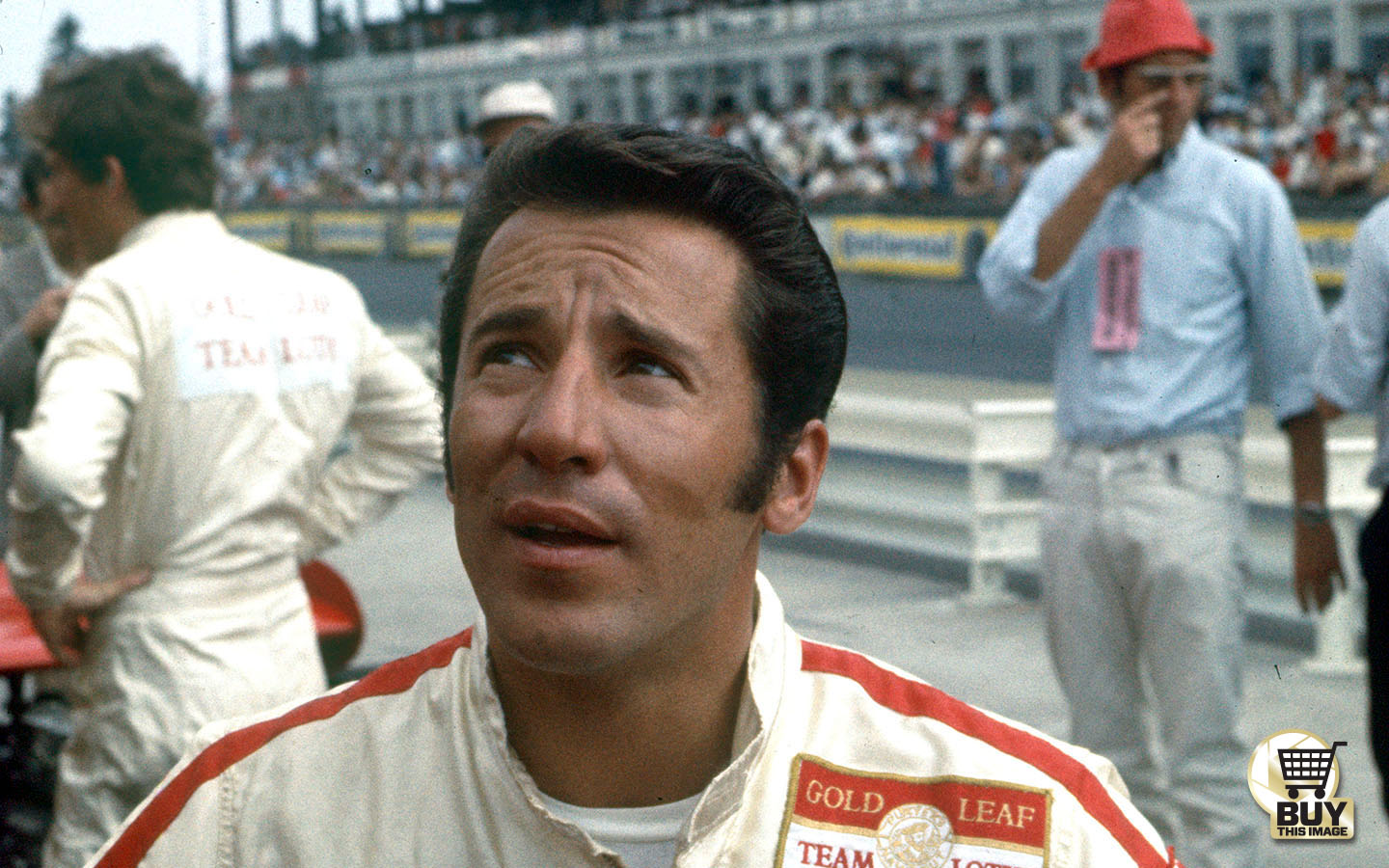 Andretti won races and championships in a more diverse range of cars than anyone else and survived competitively at the top level of the sport for 30 years, much longer than any of motor racing’s other great superstars. His record of 52 Champ car wins ranks second on the all-time list after A.J. Foyt, and he holds the all-time record for Indy car poles (67) and laps led with 7,587.

“Even when I retired, I still wanted to be in the cockpit,” Mario remarks. “I just really loved driving. It was the thing that drove and motivated me through my life. I was always motivated, I always felt the desire to do drive and to race, but it can’t last forever.”