Ferrari’s yet to confirm who will partner Vettel in 2019, Andrew Frankel has his say on the decision 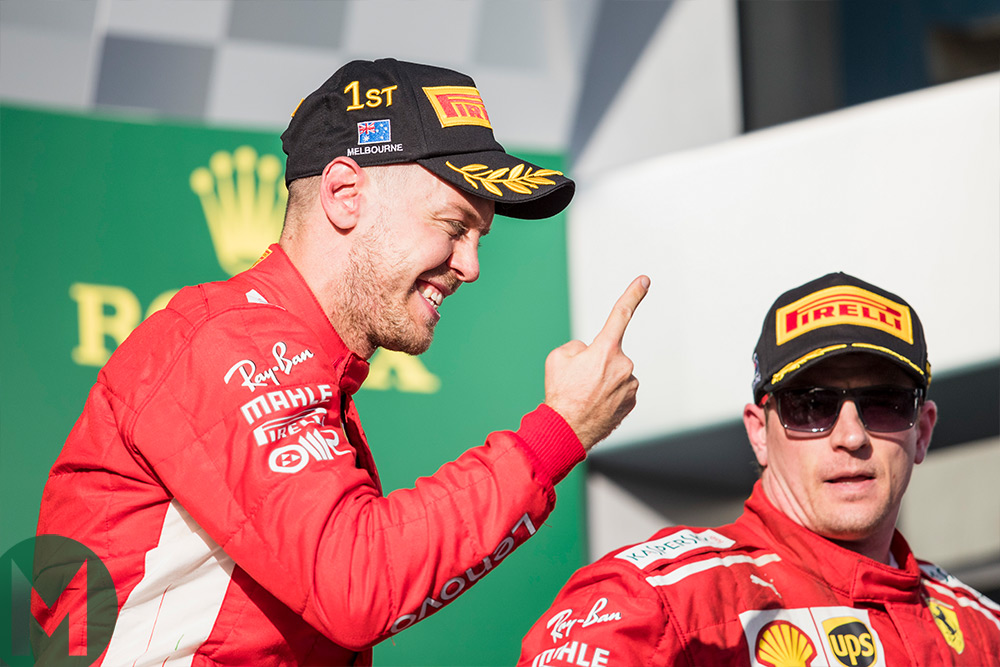 If Kimi Räikkönen signs for Ferrari (or indeed anyone else) we will see something we have not seen for a very long time: a man in his 40s racing in Formula 1.

If he wins the first round when still just a whipper-snapper of just 39, he’ll still be older than anyone to win a Grand Prix since Nigel Mansell won the 1994 Australian GP at the age of 41.

Nigel aside, just three others in the last half century have won races when older than Kimi will be next March: Clay Regazzoni, who won the 1979 British Grand Prix also aged 39 but nearer 40; Jack Brabham, who won at Kyalami in 1970 aged 43; and Graham Hill, whose fifth and final Monaco win came at the age 40 in a race that only seven finished.

And it will be more than 50 years since a man of Kimi’s age last won the world championship, the aforementioned Hill in 1968.

Of course that’s not to say Kimi won’t ace it and that old guys can’t buck the trend – ask Roger Federer – but all the evidence is against it. By the time he lines up in Melbourne next year it could be six full seasons since he last won a race, and in the entire history of F1, only two drivers have put more time between race wins – Bruce McLaren and Riccardo Patrese as you’re asking.

For four of those seasons Kimi has partnered Sebastien Vettel, who has won 13 races while at Ferrari compared to Kimi’s zero. Vettel has also been on the podium 28 times compared to 19, and taken 10 poles and 10 fastest laps, compared to two and three respectively for Räikkönen. I think an objective observer would say the chances of a late career renaissance for Kimi are now pretty slight.

Lehto: “Ferrari always went for experience over youth and still does today.”

So he should leave, right? Maybe not. I’ve not crunched the numbers, but I suspect that Valtteri Bottas’ stats relative to those of Lewis are scarcely any prettier (15 wins to three, 17 poles to five. ed).

I suspect also that Mercedes is very happy with his performance for the team. However much he might complain about being described as Hamilton’s wingman in public, everybody knows that that is precisely the role he plays for the team.

And anyone who saw the Italian Grand Prix on Sunday will know that while he may hate it, it is a part Bottas was born to play. After Kimi emerged whole seconds ahead of Lewis after his pitstop it seemed to be over – there was no way Lewis would have been able to close the gap even to get into DRS range whence he could launch an attack. But Bottas dutifully delivered Kimi on a plate to Lewis, who duly devoured him with customary gusto.

If Kimi is to stay then it has to be in a clear, if undeclared, number two status in what we used to regard as the normal way before drivers got all upset about being so described. Time was when a driver would have been proud to be called number two to one of the best in the world, as Sir Stirling has always said of his time as Fangio’s wingman. And even as a true and highly successful veteran of the sport, Ronnie Peterson had no problem being cast in a supporting role to Mario Andretti.

The point is that Vettel needs a team-mate in that role far more than Lewis. As we saw yet again in Monza, however incredibly quick Sebastian is, Vettel makes mistakes under pressure. So Räikkönen’s job should be to make sure he sees as little of that pressure as possible and supports him all the way to the world championship. Whether Kimi ‘leave me alone, I know what I’m doing’ Räikkönen would be prepared to accept that role is another matter. Or perhaps he already has and is just not doing it as well as Bottas?

But why would Ferrari re-sign him anyway, when in Charles Leclerc it has the most exciting prospect to enter F1 since Max, pen in hand and, according to some, contract already signed? Well, as JJ Lehto recently told me to explain why he never converted his testing contract at Maranello into a race seat, “that was never going to happen. Ferrari always went for experience over youth and still does today.”

What would I do? I’d sign Leclerc. What will Ferrari do? When it’s taken everything into account – including what Vettel wants –  I expect it will find the known quantity that is Räikkönen hard to turn down.