It’s possible to separate Lewis Hamilton from the PR machine that he’s hooked up to, writes Andrew Frankel. The problem is that it’s very difficult to do so… 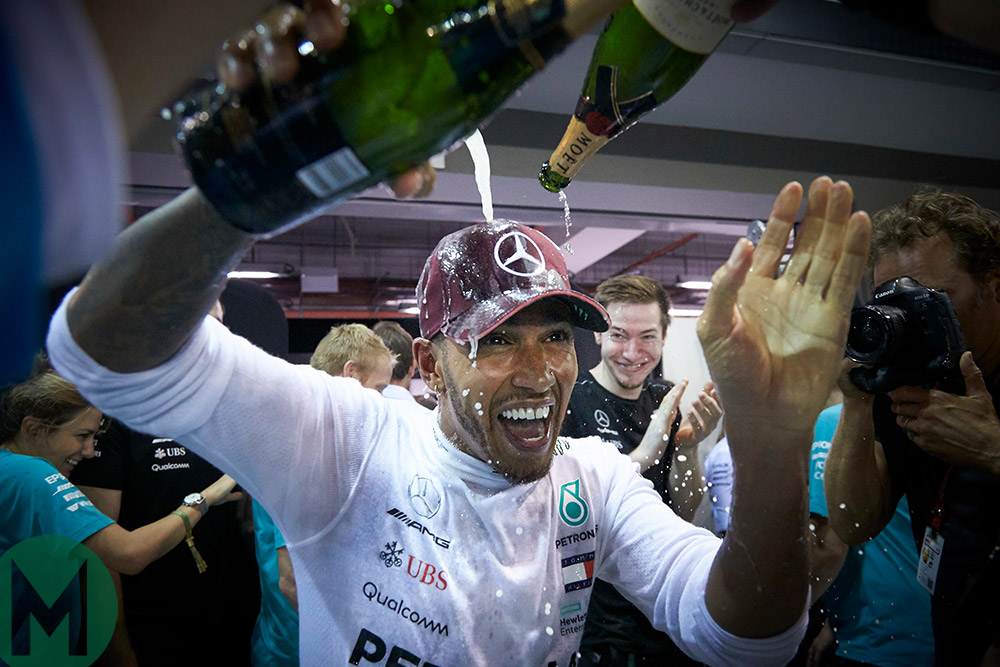 I have a problem with Lewis Hamilton, have done for a while now, and have been perhaps less willing to accept it myself. That’s despite some or more of you being kind enough to point this out to me, every time I write about him in a less than flattering way.

I first saw Hamilton in action the thick end of 25 years ago. I was at some karting event and, during a break in proceedings, they sent the children out to show the old farts how it was done. And there was this boy, not just out front but destroying the class of ’93 or whenever it was.

And, yes, I guess because I thought how wonderful it would be if a black kid could break into and succeed in such an overwhelmingly white sport, I remembered his name: Lewis Hamilton.

The next time I saw him he was about 15, at a test track where Autocar magazine was holding its then-annual ‘Sideways Challenge’. The idea was a bunch of drivers from all areas of the industry – racers, rally drivers, chassis engineers and so on – would drive around an enormous steering pad in a BMW Z3M coupe, while a bunch of judges would award marks for technical accuracy and artistic interpretation. I was one of the judges.

By then Lewis was the man to beat in the karting world, but little known beyond, at least until he became a BRDC ‘Rising Star’ later that year.

Would the pure talent of the karting prodigy cancel out the fact he was still two years away from getting a driving licence? From memory, the answer was no. He certainly didn’t disgrace himself, but driving something weighing probably 10 times what he was used to, he understandably found it difficult.

He is a proper racer in the Stirling Moss and Gilles Villeneuve sense, insofar as he’ll fight as hard for 14th place as first

Others who were there recall that after the contest was over he asked if he could have another go and went round and round and round until he mastered it. I have no memory of this, so perhaps I’d left by then.

What I do recall is how well he carried himself – a little shy, but polite, interested in our silly game and without a trace of cockiness about him. I hoped he’d make it all the way and, when he had, I hoped even more he’d use his natural modesty and quietly endearing personality to show himself a true champion both on and off the track.

But while Lewis Hamilton the driver only got better as his star ascended to the heavens and the championships started piling up, Lewis Hamilton the person seemed, at least to me, to have forgotten how lucky he was to have been born with a talent so sublime as to have afforded him a life of which the rest of us could not possibly dream.

And yes, of course, the public persona may well be entirely different to how he is in private (when I briefly spent time alone with both Ayrton Senna and Sébastien Loeb I could scarcely believe how different, and how much nicer, they were than in public. And while I’ve never met him, I know plenty who have said the same of Michael Schumacher), but I’ve still not warmed to him, for a while now.

To me, being able to drive rather rapidly around in circles is no excuse for inelegant behaviour when it doesn’t go right for you. I’m always reminded of Jenson Button and all those years he spent dragging uncompetitive Hondas around the world remaining somehow able to smile, or at least look for what little was good in a usually pretty dire situation.

Now, however, I think I’ve let my view of the Lewis I see in public distort my view of Lewis the driver. Too often I’ve found myself looking for reasons why he won a race or recovered to salvage something from nothing. I’ve looked for bad luck that has befallen others in terms of mechanical misfortune, good luck that has happened to him when the safety car fell just right, the fact he drives for the best team in the pitlane, has the world’s best number two driver on his shoulder and so on. But those are all excuses.

I didn’t watch the Singapore Grand Prix because I was driving back from Spa on Sunday, but I did listen to every minute of it and I had already seen ‘that’ qualifying lap. And it occurred to me that not only is Hamilton better than Vettel, or anyone else out there; he might be better than anyone I’ve seen race. Because Senna and Schumacher were probably as talented, worked as hard and had the same steely focus, but both were vulnerable under pressure. You can say the same about Vettel, yet Lewis never cracks. Alain Prost was arguably the most clinically accomplished driver out there, but he wasn’t a racer like Lewis.

The point is, Hamilton is the perfect package: he is a proper racer in the Stirling Moss and Gilles Villeneuve sense, insofar as he’ll fight as hard for 14th place as first. He never gives up unless the situation is hopeless, yet he can see the long view and understands the risk/reward ratio better than anyone else I’ve seen. He hardly ever makes mistakes and when he does, he minimises their consequences. Too many times I’ve seen him get away with something, which would probably be disastrous for others, for it to be luck.

What I’d really like to do is spend a couple of hours alone with him, away from the entourage, the PR machine and the pressure, to see if the Lewis I saw all those years ago is still in there.

And yes, I know, me and about 10 million others too.

But it would be interesting. If anyone is listening, I can confirm my availability…