Like most of us I am waiting for Ron Howard’s Niki Lauda biopic Rush with a mixture of heady anticipation and just a little nervousness. Howard is a usually safe pair of hands with a fine eye for detail and accuracy, but it strikes me that to capture both the unique characters of Hunt and Lauda while portraying faithfully the relationship of two such utterly different people is an acting challenge to which Daniel Day Lewis’ turn as Abraham Lincoln might be seen as something of a doddle. 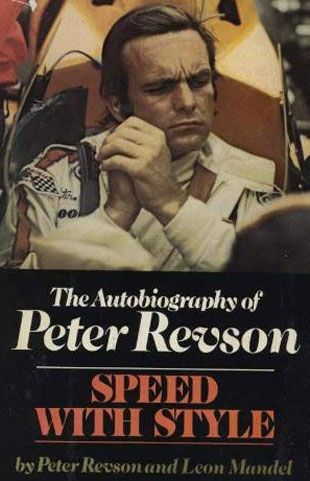 But I wonder if there’s not an even more compelling story to be told from that era. I’ve just finished reading Speed with Style, the biography of Peter Revson which he wrote with Leon Mandel not in the usual role of ghost, but taking alternate chapters. Mandel talks about Revson’s life while Revson describes moment by moment his somewhat erratic progress through the 1973 Formula 1 season, the year in which he won the only two Grands Prix of his career. Oddly enough I read the book about 20 years ago and forgot about it – now it has eclipsed both Mark Donohue’s The Unfair Advantage and Robert Edwards’ Archie and the Listers as my favourite racing tome.

The book is fascinating on a number of different levels. First Revson is honest in a way I’d imagine was pretty rare in F1 40 years ago, let alone now. He’s honest about his fellow competitors in a way one or two of them would not have thanked him for and, above all, he’s honest about himself: he has as firm a grasp on the extent of his talent as I’ve ever known a driver to express and knows that, aged 35, he has two seasons at most in which to prove himself. Tragically, and as we know, he was to be denied even that opportunity.

I guess its real appeal is the way that, without ever appearing to try to, it destroys the whole image of Revson as a cavalier, millionaire playboy. Yes, his uncle founded the Revlon empire and he did become engaged to Marjorie Wallace, the reigning Miss World (a title she forfeited – there being no scope in the rules for a Mrs World), but if you read the book you’ll not doubt for an instant that it was written by an intensely thoughtful, intelligent and, above all, hard working man. 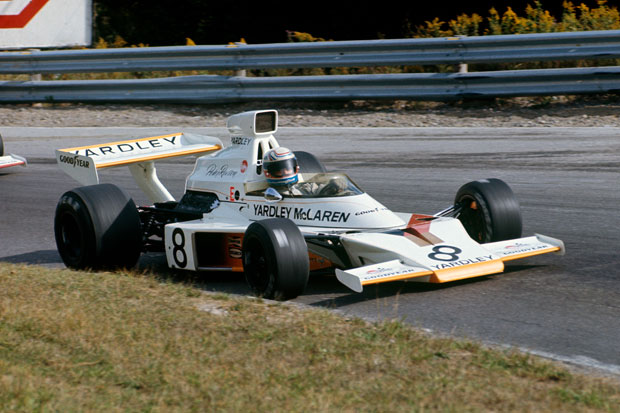 There are those who will say Revson could have been champion but I doubt it: he was a good F1 driver, even one of the better ones, but I don’t get the impression even he considered himself as having the natural talent of a Stewart, Fittipaldi or Peterson. But he tried and when luck stayed with him, he succeeded.

Peter Revson was killed at Kyalami on March 22, 1974 when the suspension of his Shadow DN3 failed during testing for the South African Grand Prix, the very day his biography started printing. The 40th anniversary of his passing is little more than year away, time which I intend to spend persuading the editor to let me pen an appreciation of his life, talking to as many people who knew him, raced and worked with him as I can. I may not be able to manage two hours of glorious Technicolor, but I hope even a few words might help shine some light on one of the most interesting and, I think, misunderstood characters of our sport.