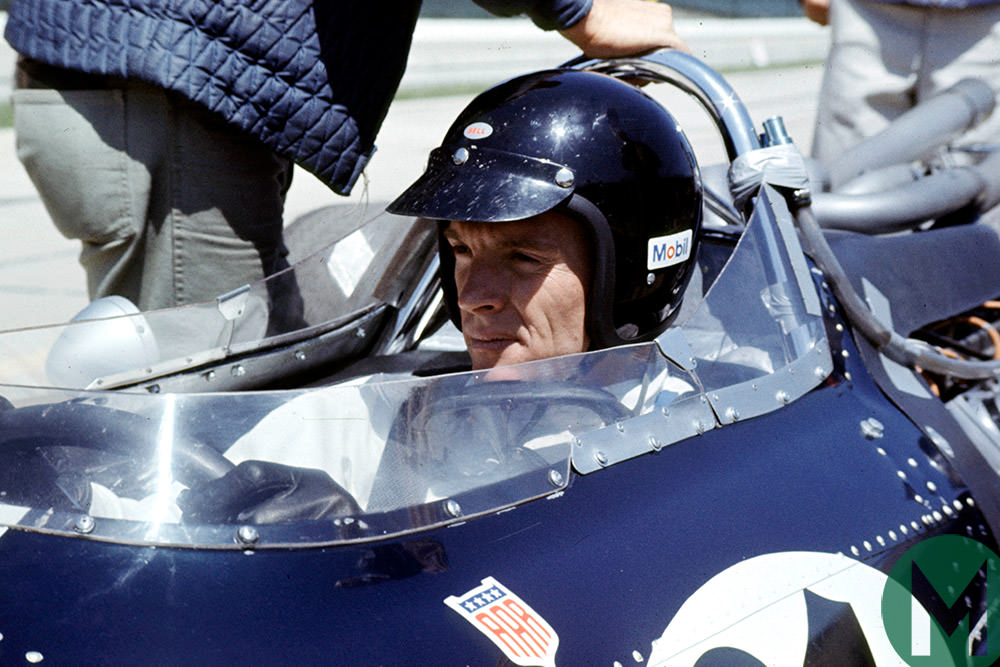 He won in Formula 1, Indycar, international endurance racing and NASCAR – a feat matched only by Mario Andretti and Juan Pablo Montoya.

He won in Can-Am, Trans-Am and the British Saloon Car Championship, too.

He scored maiden World Championship Grand Prix victories for Porsche (1962) and Brabham (1964), both at Rouen.

And on consecutive June weekends in 1967 he sprayed the champagne at Le Mans for Ford and, at Spa, became the second F1 constructor/driver – and only American in an American car – to win a GP.

Yet his 51 victories (including class successes) and 42 poles from 312 starts merely scratch at a very polished surface.

Gurney was the driver whom Jim Clark feared most.

Had he stayed at Brabham after 1965 probably he would have become world champion, possibly twice.

But rarely did he take the obvious route.

Polite but firm, he was never along for the ride and would put his particular slant on the golden era of owner/drivers.

Born and raised on Long Island, Gurney blended East Coast manners with West Coast can-do after the family relocated in 1948.

Despite honing his skills in a chopped Ford coupé on the dirt roads of California’s orange groves, reading about European road racing was what inspired him.

After a difficult 1960 with BRM – mechanical failure causing him to fracture an arm in an accident that also killed a young spectator at Zandvoort – he became more calculating.

Still quick but perhaps holding something in reserve, his wariness of engineers’ assurances understandably at critical mass, he needed a steadier environment. Dependable Porsche provided it and he scored three second places in finishing all eight rounds of the 1961 F1 World Championship. 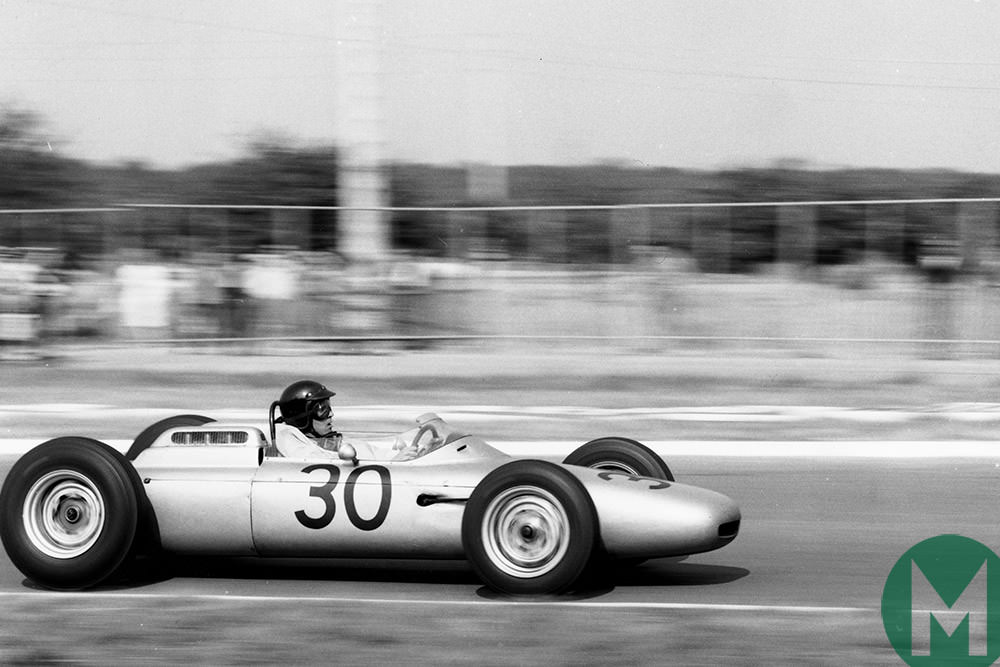 From 1963-65 Brabham provided him with cars that were fast enough to win GPs and reliable enough to challenge for the F1 title – but not concurrently, unfortunately.

Though his finicky fiddling drove some engineers to distraction – their rebuttals would be met by dontcha-wanna-win mystification – the cleverer ones recognised this for what it was: a stoking of Gurney’s competitive fire.

He, in turn rarely, let them down.

He won the 1960 Nürburgring 1000km in a Maserati  ‘Birdcage’ – the only occasion in four when Stirling Moss triumphed in this race because of his co-driver.

He finished second in the 1961 Targa Florio and won the 1962 Solituderennen, both for Porsche.

And he took Shelby Cobras to GT wins at the Targa, Le Mans and Goodwood in 1964.

In 1966 he gave Ford its only Can-Am success and in 1970 he won twice for a McLaren team grieving its founder.

Having in the meantime been appalled by Enzo Ferrari’s politicking and Luddite pronouncement, and having learned a great deal of good from Jack Brabham’s spare but telling tutelage, Gurney could see no reason why America could not produce a single-seater capable of prevailing at the highest level.

His Eagles would win twice (excluding heats) in F1 – a broken driveshaft costing him a further victory in the 1967 German GP – and score three Indy 500 victories.

Gurney the driver – second twice and third once in consecutive years from 1968 – never won at Indy but, by playing the good cop to Team Lotus boss Colin Chapman’s bad, he had helped persuade Ford to turn the race on its head from 1963. 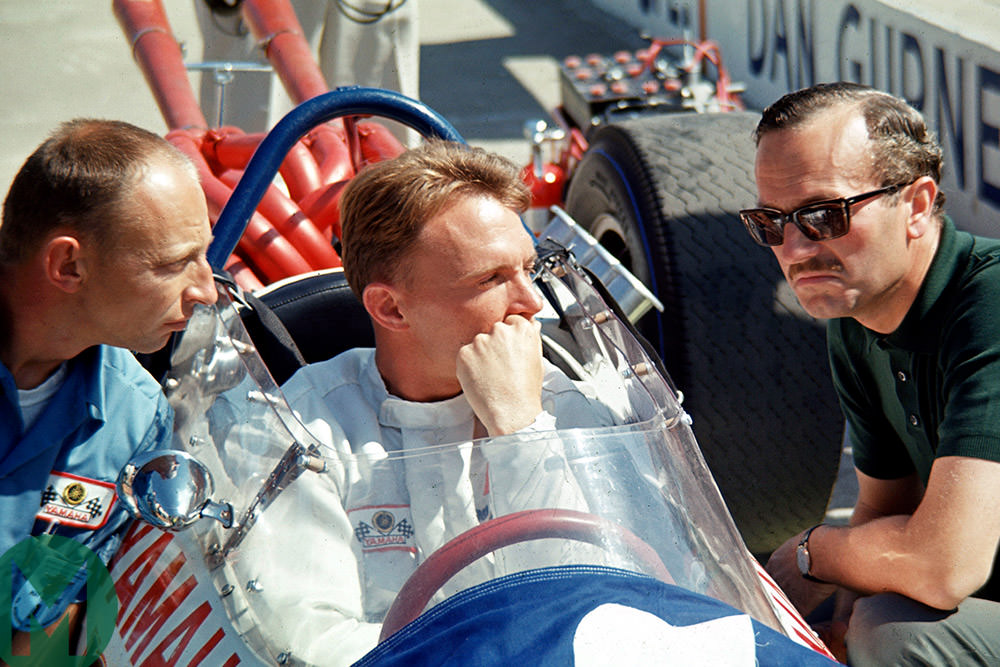 His need ran deeper than speed.

The Gurney-Weslake reworking of Ford’s pushrod V8 won back-to-back Le Mans in the back of Gulf-backed GT40s; the Gurney Flap is perhaps the most efficient element in the history of downforce; and his ‘White Paper’ was the blueprint for CART’s breakaway from USAC.

Retiring from driving in 1970 at a relatively young age, having been forced by increasing commercial pressure to turn his back on Europe, Gurney remained the guiding force – in boardroom, workshop and on pit wall – of a team of talented loyal lieutenants.

To them must be added 27 as a developer/entrant.

Its long association with Toyota during the 1980s and ’90s brought it to a competitive peak that included two Sebring victories and one at Daytona – but also it kicked away the ladder in 1999 after a failure to replicate its IMSA success in CART.

Once a somewhat over-ambitious bid to return to F1 foundered, Gurney was ready to stop – and start over. 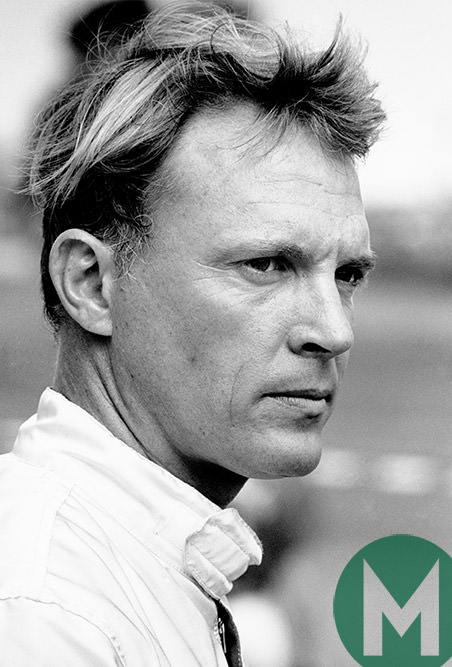 He spent the new century satisfying his innovative zeal: a re-imagining of the motorbike with son Justin; involvement in the radical DeltaWing; and providing the legs for Elon Musk’s SpaceX rocket.

Gurney loved this stuff and interviews about his past would inevitably bubble and veer towards the future.

Though this writer possesses no insight into Gurney’s view of the President incumbent, Car and Driver’s 1964 ‘Dan Gurney for President’ seems increasingly perspicacious.

A leading man in and out of the car, with his square jaw, astronaut’s crew cut – to be grown out somewhat groovily –easy charm and lissome grace, Gurney was motor sport’s The Right Stuff.