So many questions, so few clear conclusions. You knew it would be that way, though. The first day of a fresh term always throws up a few clues, but their truth has yet to be confirmed. The Red Bull RB9, though, looks alarmingly brisk. That’s not just an obvious reflection of what it says on the timesheets, but a reflection of how things looked from trackside. 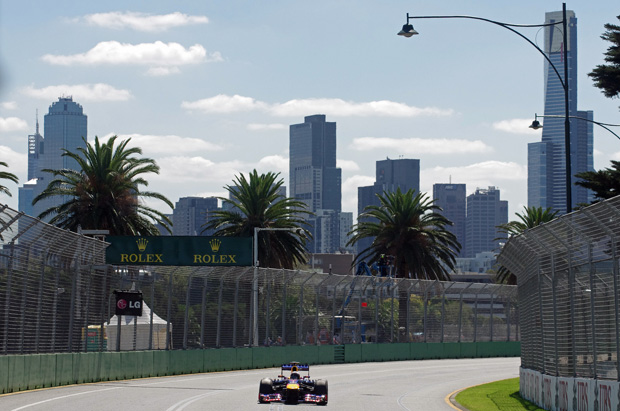 Sebastian Vettel was fastest in both sessions and his quickest lap during a medium-tyre race run – a 1m 31.151s – was half a second clear of anything rivals could muster in similar circumstances. Fernando Alonso came closest, but then we can’t be sure about relative fuel loads. Uncertainties remain, but the RB9’s potential is obvious enough.

With the exception of a few decorative flourishes, appearances haven’t changed greatly since last November. The biggest difference is a reduced number of entries, although the defunct HRT team was seldom ever seen on Fridays at the start of a campaign because its chassis were usually still being built.

One subtle alteration is that cars’ camera housings – previously fluorescent red or yellow – are now black (for the lower race number within each team) or yellow. The move is intended to make identification easier for TV viewers, although such things were never a problem when drivers’ helmets had JODY or HULME writ large upon the side, or perhaps a simple tartan band. That, though, was before design details became lost amid a clutter of sponsorship decals. Visible numbers might help, too… 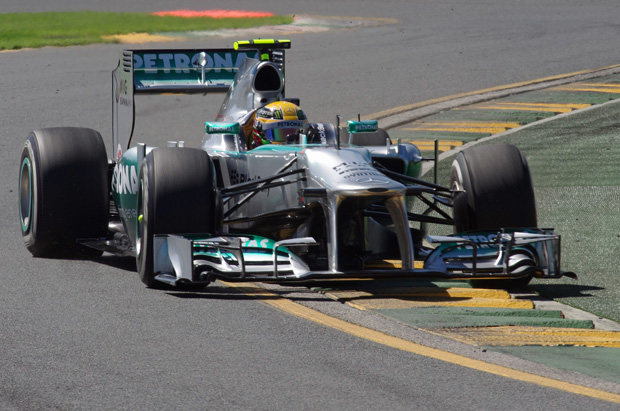 Red Bulls apart, a few other details caught the eye. The Ferraris, Mercedes-Benzes and Lotuses looked reasonable, although both Silver Arrows stopped slightly prematurely during the afternoon session – Lewis Hamilton slithering into the gravel because of a floor problem and Nico Rosberg parking with gearbox trouble. Force India returnee Adrian Sutil still performs like a (fast) rally driver who’s turned up in the wrong paddock, while Marussia rookie Jules Bianchi was absolutely fantastic to watch, a paragon of fluid aggression whose ability will be masked by the inevitability of his place in the pecking order.

Away from F1, the Coulthard family celebrated its first victory during a Grand Prix weekend since Australia 2003, David’s second cousin Fabian scoring his maiden V8 Supercar win in the first of this weekend’s four races… and then doubling up in the second. 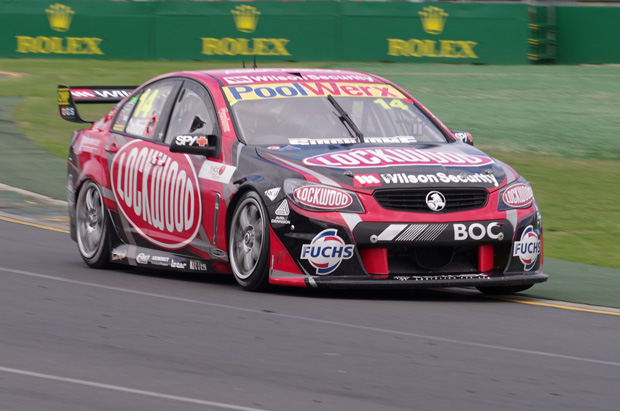 Things did not run so smoothly for the more famous Coulthard’s former team – and McLaren team principal Martin Whitmarsh admitted during the post-practice conference that it had been a “tough and disappointing day”. Asked what had gone wrong, he said, simply, “we suffered an overall lack of grip and consistency, a bit of understeer and poor ride, but there isn’t time to list all the details.

Jenson Button has won three of the past four Australian Grands Prix, but even a splash of rain – likely on Saturday, a lesser possibility for the race – is unlikely to level this weekend’s playing field.