The F1 season is finally under way… After a winter of wondering whether Honda would be saved, whether McLaren could carry on its 2008 form and whether Piquet could turn things around and keep his Renault on the Tarmac, some of our questions have finally been answered.

So who started the season well? And who needs to up their game? I’ve gone through each driver and here’s what I think. Remember… it’s just a viewpoint! 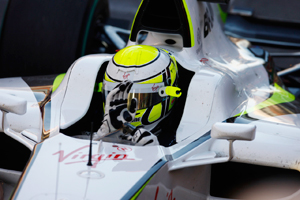 Jenson Button (1st)
His car was the quickest on the grid, but he produced the goods when needed. He drove a solid race and only went a little awry during his second pitstop. A dream start for the man from Frome. 9/10 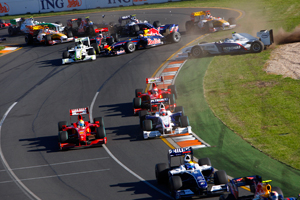 Rubens Barrichello (2nd)
After overshadowing his team-mate last season and in testing, the Brazilian faltered in the race and seemed to think his car was indestructible – luckily for him, on this occasion it was. Recovered well from a bad start, which the team was keen to point out was a mechanical problem, but ultimately wouldn’t have been on the podium if it weren’t for Masters Kubica and Vettel playing demolition derby in the final 10 minutes. 6/10 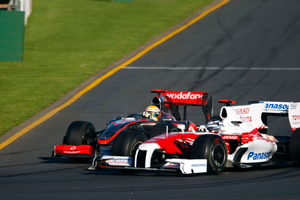 Lewis Hamilton (3rd)
Despite having one of the worst cars on the grid, Hamilton drove a quite brilliant race after starting from the back – thanks to a gearbox problem in qualifying – and stormed through the field. For me, the drive of the day. 9.5/10 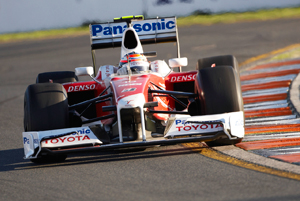 Timo Glock (4th)
The German drove a mature race to finish fourth. Of course if it weren’t for the retirements of Vettel, Kubica and the demotion of team-mate Trulli, he wouldn’t have finished with so many points. However, you’d be hard pressed to argue that it wasn’t a successful day after starting from the pitlane and ending up with five points. 7/10 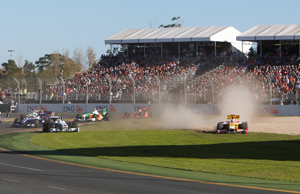 Fernando Alonso (5th)
Once again showed why he’s one of the most sought-after drivers on the grid by scoring points when his car really wasn’t worthy. Even if he did run wide in turn one, dropping him to the back… 8/10 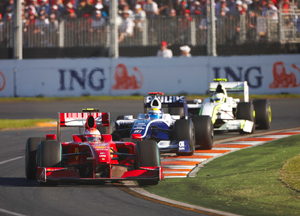 Nico Rosberg (6th)
Pulled off the ‘manoeuvre of the afternoon’ on Räikkönen and posted fastest lap of the race. Struggled with the super soft compound tyre though. 8.5/10 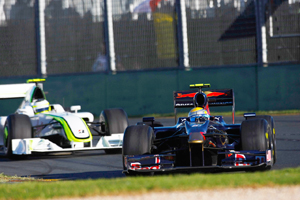 Sébastien Buemi (7th)
A great first race for the only rookie on the grid. Stayed out of trouble and importantly beat his team-mate. 8/10 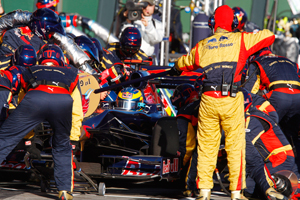 Sébastien Bourdais (8th)
The Frenchman had a disappointing afternoon, which he put down to his car “handling like a caravan”. Needs to dominate Buemi this season to keep his seat. 5/10 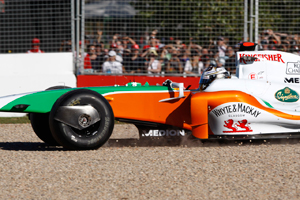 Adrian Sutil (9th)
Another strong performance, again outperforming his team-mate. Had to pit after an opening-lap collision but maintained a cool head to almost finish in the points. 6/10 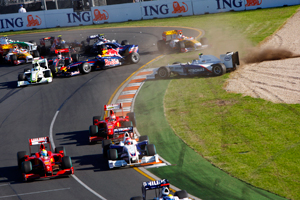 Nick Heidfeld (10th)
Made a strong start (along with all the other KERS users) but had to pit for new tyres and wing after lap-one collision. Car just didn’t have the pace afterwards. 6/10 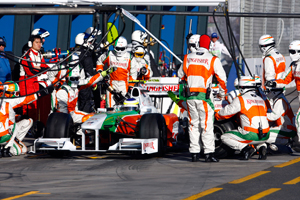 Giancarlo Fisichella (11th)
An embarrassing moment when he overshot his pit, which cost him a lot of time. Not one of the Italian’s finest hours. 5/10 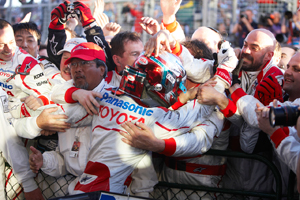 Jarno Trulli (12th)
Almost a great race. Started in the pitlane and finished third, only to be told that he illegally overtook Hamilton under yellow. He will no doubt be back on the podium soon. 7.5/10 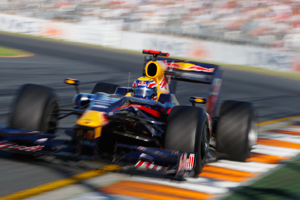 Mark Webber (13th)
Once again, the unluckiest man on the grid. Taken out of the reckoning in the first corner by Barrichello and struggled with the car thereafter. 6/10 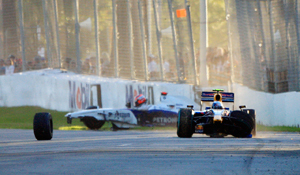 Sebastian Vettel (14th)
A great performance up until the red mist came down and he tried to defend his place from Kubica. Admittedly the Pole didn’t give him much room. 7/10 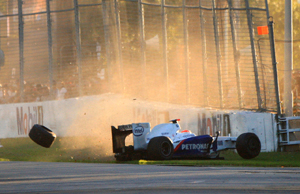 Robert Kubica (15th)
Outdrove his team-mate and could possibly have robbed Button of victory at the end if it wasn’t for his collision with Vettel, which he should take equal blame for. 7/10 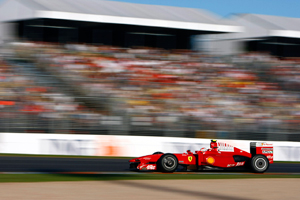 Kimi Räikkönen (16th)
In line for a second place if he hadn’t ended up embedded in the wall. A disappointing end after a good, if unexciting, race. 6/10 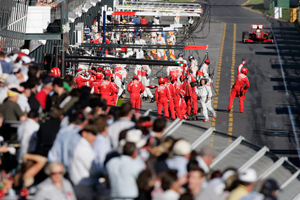 Felipe Massa (17th)
Lost a lot of ground with the super-soft tyres after the opening laps, pitted at the wrong time and then forced to retire. You could say he’s almost as lucky as Webber. 7/10 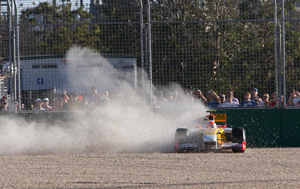 Nelsinho Piquet (18th)
Drove a strong race and looked set to finish in the points. However, a combination of cold tyres and brakes (and over-optimism) meant that he went straight on at turn one after the restart. 4/10 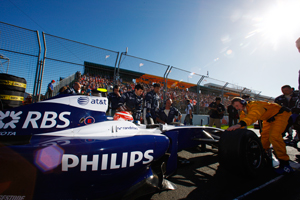 Kazuki Nakajima (19th)
Showed good pace up until he went wide at turn four and lost control, ending his race in the wall. He must stop making mistakes. 5/10 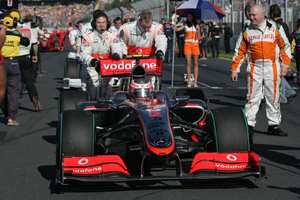 Heikki Kovalainen (20th)
Taken out at the first corner. Made a reasonable start though… 2/10