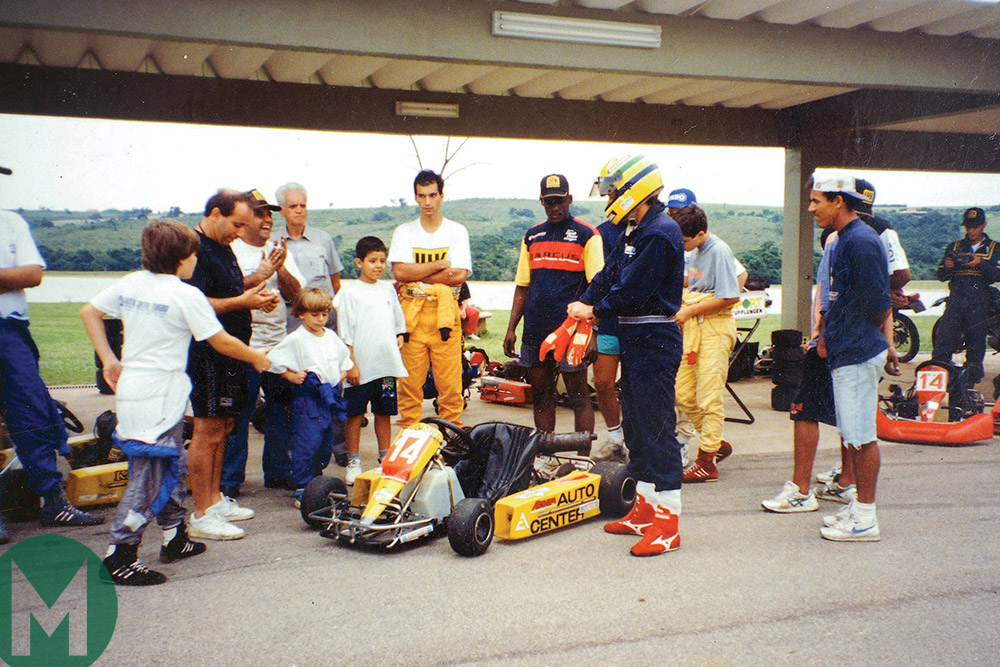 The last kart that Ayrton Senna ever drove has been consigned for sale at RM Sotheby’s London auction on Wednesday.

According to the owner, Senna drove the kart on March 19, 1994, at his farm in Brazil with friends – six weeks before he died at the San Marino Grand Prix.

The Riomark Kart Mini has since been restored but not driven. With an estimate of £50,000-£70,000, the new owner will also receive video footage and photographs of Senna driving the kart at his farm.

Ten per cent of the proceeds will go to the Instituto Ayrton Senna, which was formed by Senna’s sister Viviane two months after the driver’s fatal crash to improve education in Brazil.