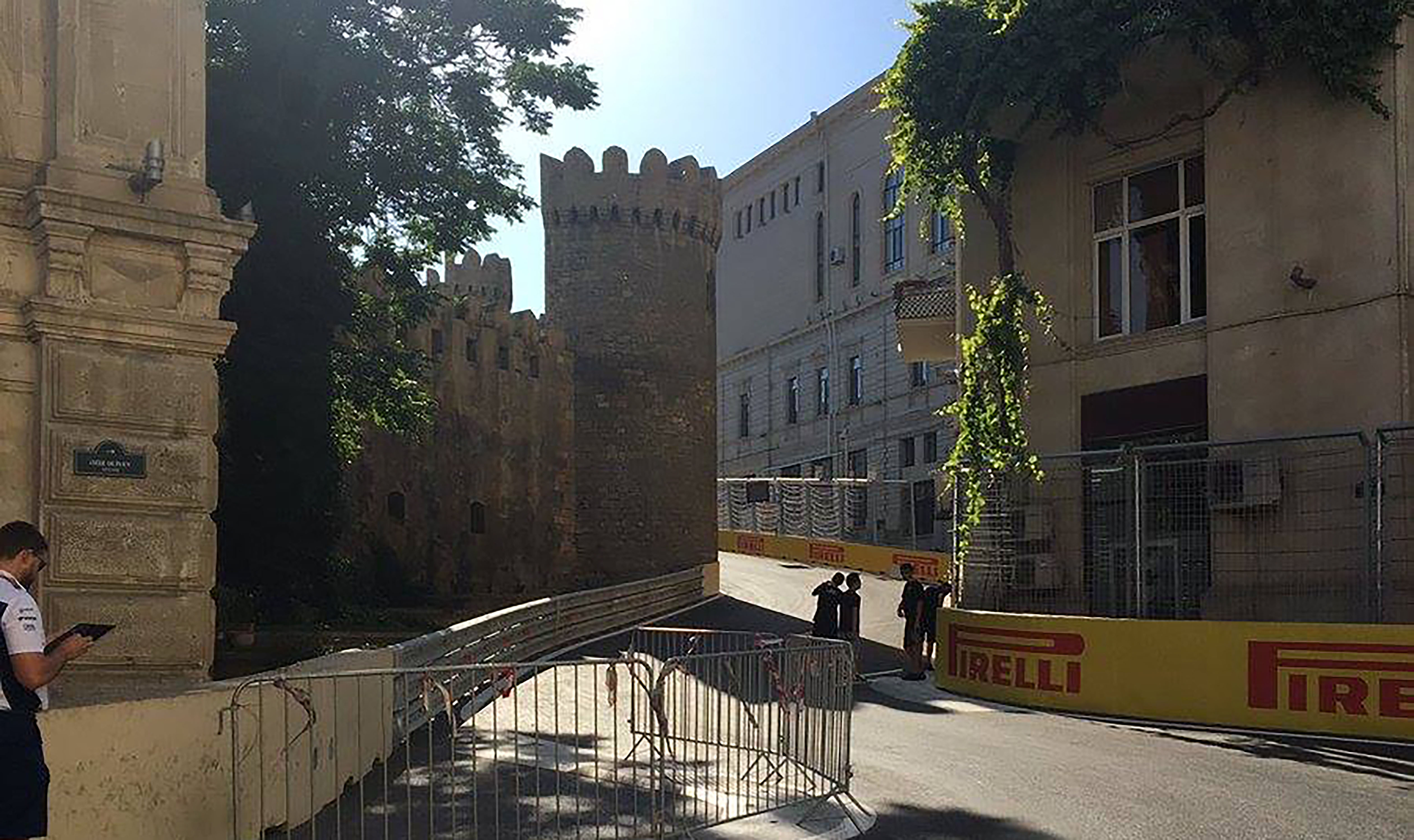 Not its average lap speed – a sequence of square corners and the narrowest section of Grand Prix track since Tazio Nuvolari poked his Auto Union under Donington Park’s Stone Bridge will put a brake on that – but its predicted 215mph top speed.

On a street circuit.

Its final 1.4-mile sector is comprised of straights and kinks that Red Bull predicts will cost it 1.2secs to its Mercedes-powered rivals.

The second sector in contrast wriggles around the Azerbaijan capital’s medieval walled city and is accessed through a pinch point: Aziz Aliyev Street, a mere 7.6 metres wide.

And its clipping point is a castellated fortress tower.

That this ginnel was cobbled until very recently comes as no great surprise.

Not all, however, is narrow. The esplanade beside the Caspian Sea is capacious and provides the ‘barbell’ layout’s ‘handle’ – and looks a bit like Nice.

Only Spa is longer than Baku’s 3.73 miles, and only Singapore and Abu Dhabi contain more than its 20 corners.

And, like Marina Bay and Yas Marina, it’s anticlockwise.

Or widdershins, as my Mum would have had it.

Circling contrary to the sun’s course has been frowned on throughout history and subject to discrimination and unfounded accusations of clumsiness, misfortune and downright evil.

The right hand is dextrous, the left sinister.

Hokum, of course, yet reflected by Formula 1: only 17 of the 70 venues visited since the World Championship’s 1950 inception have been left-handed.

It’s 17.5 if you include the second part of figure-of-eight Suzuka. 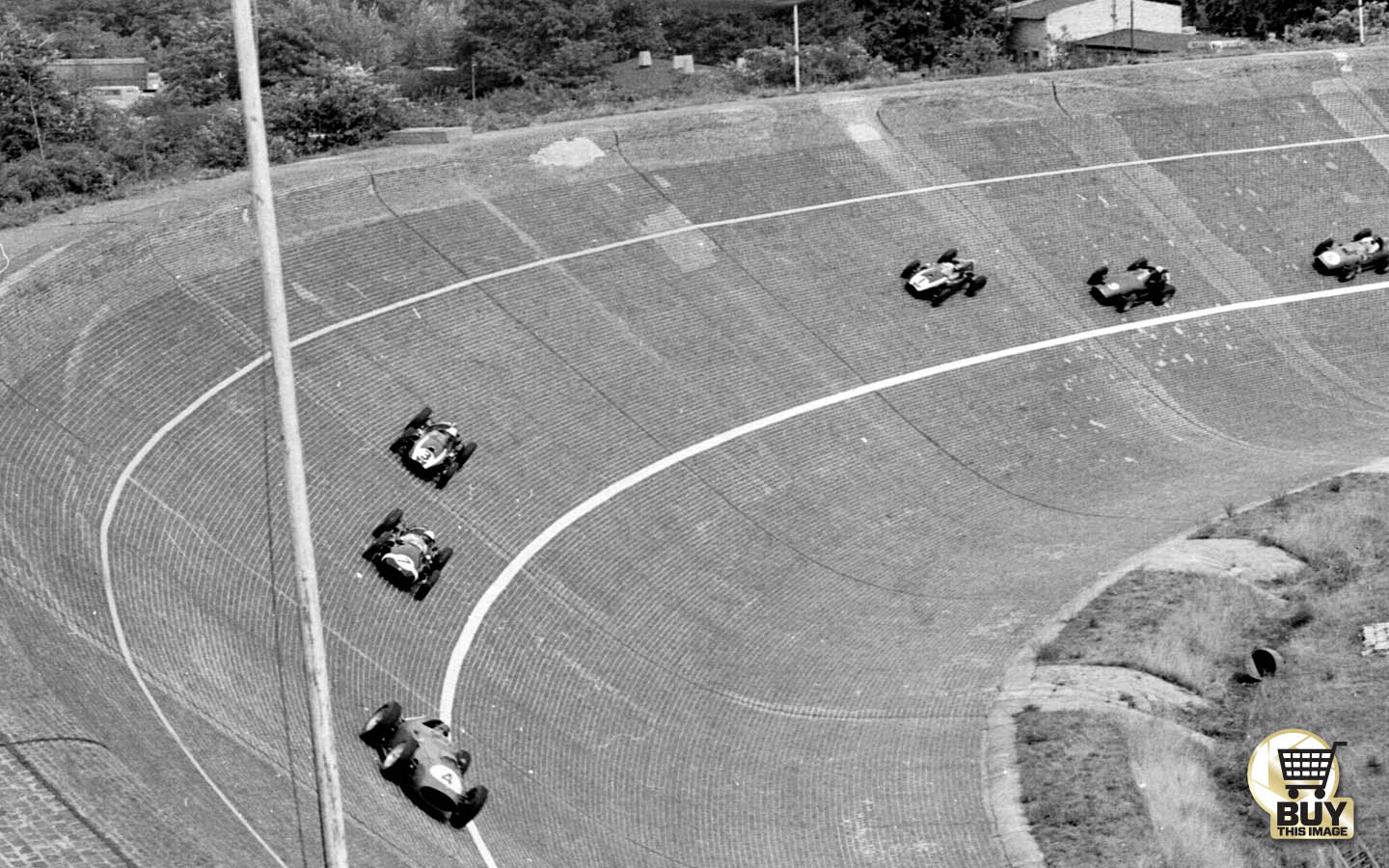 Oddly, or not, depending on your superstitious bent, F1’s left-handed thread has a vibe verging from unnerving – the chilling brick banking of Berlin’s Avus and Ayrton Senna’s death at Imola – to weird, via a Las Vegas car park and a herd of Tilkedrome white elephants.

Nelson Piquet’s Rio autodromo has been bulldozed to make way for this summer’s Olympics.

Montjuïc Park, a movie set of a circuit on the haunted hill above Barcelona, was scene to some of F1’s most spectacular ‘plane accidents. Team Lotus’ Graham Hill and Jochen Rindt somehow survived theirs of 1969 but tragically four bystanders were claimed by Rolf Stommelen’s flight of 1975. 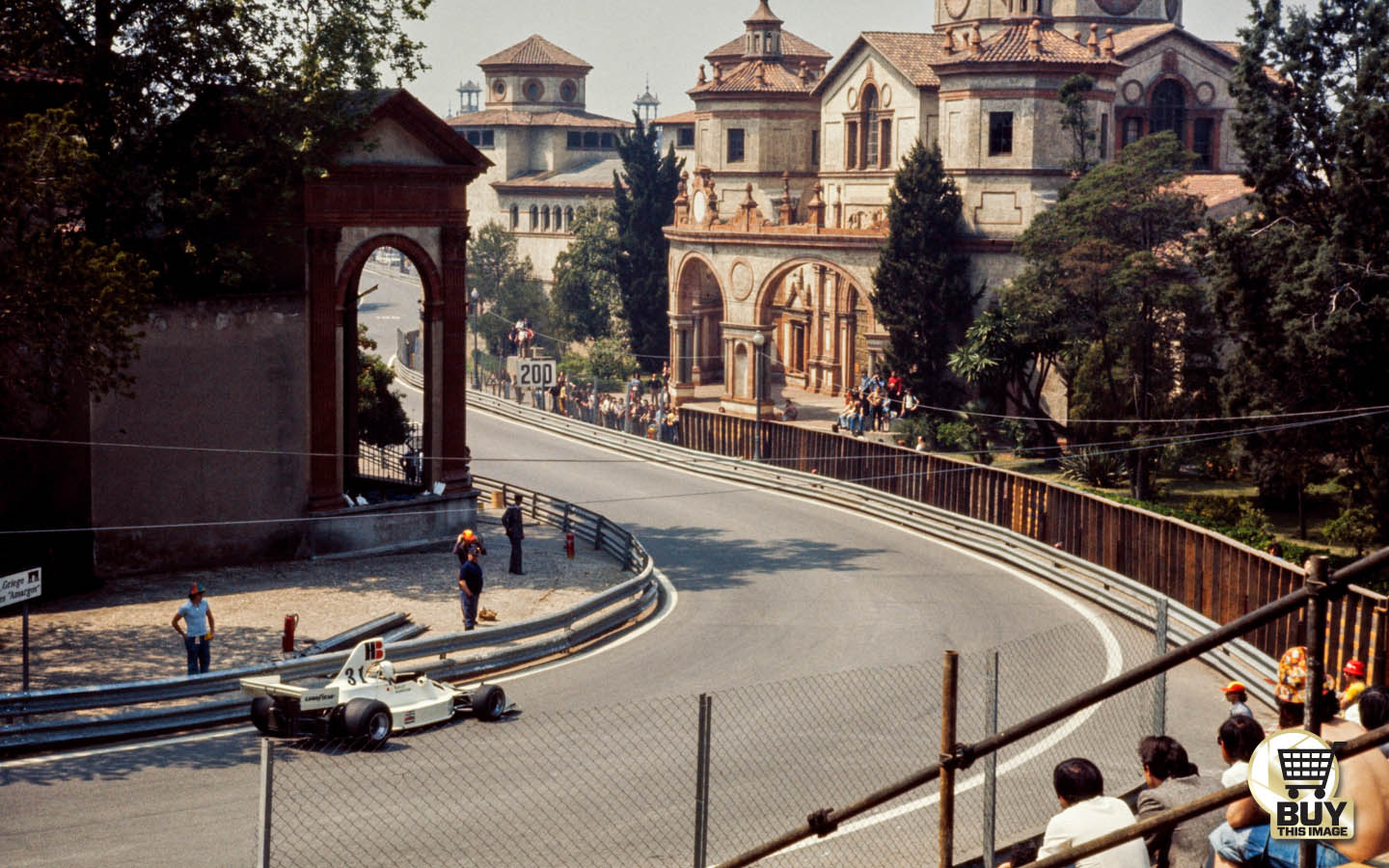 Old Kyalami was partially bulldozed and the anticlockwise offshoot to the south withered in its shadow.

That Caesars Palace parking lot, dusty host to the title showdowns of 1981 and ’82, has also been swept away by urban sprawl.

No great loss, that.

Nor was Korea’s Seoul-less Yeongam.

But Istanbul Park, with its three-in-one Turn Eight and ‘Faux Rouge’, deserved better than small crowds and big losses.

From the Archive: Lunch with Tony Brooks (May 2013)

John Watson won the inaugural GP on Detroit’s jarring down-ramps from 17th on the grid – then a record – and the following year, 1983, Michele Alboreto scored the last of 155 victories for Cosworth’s V8. 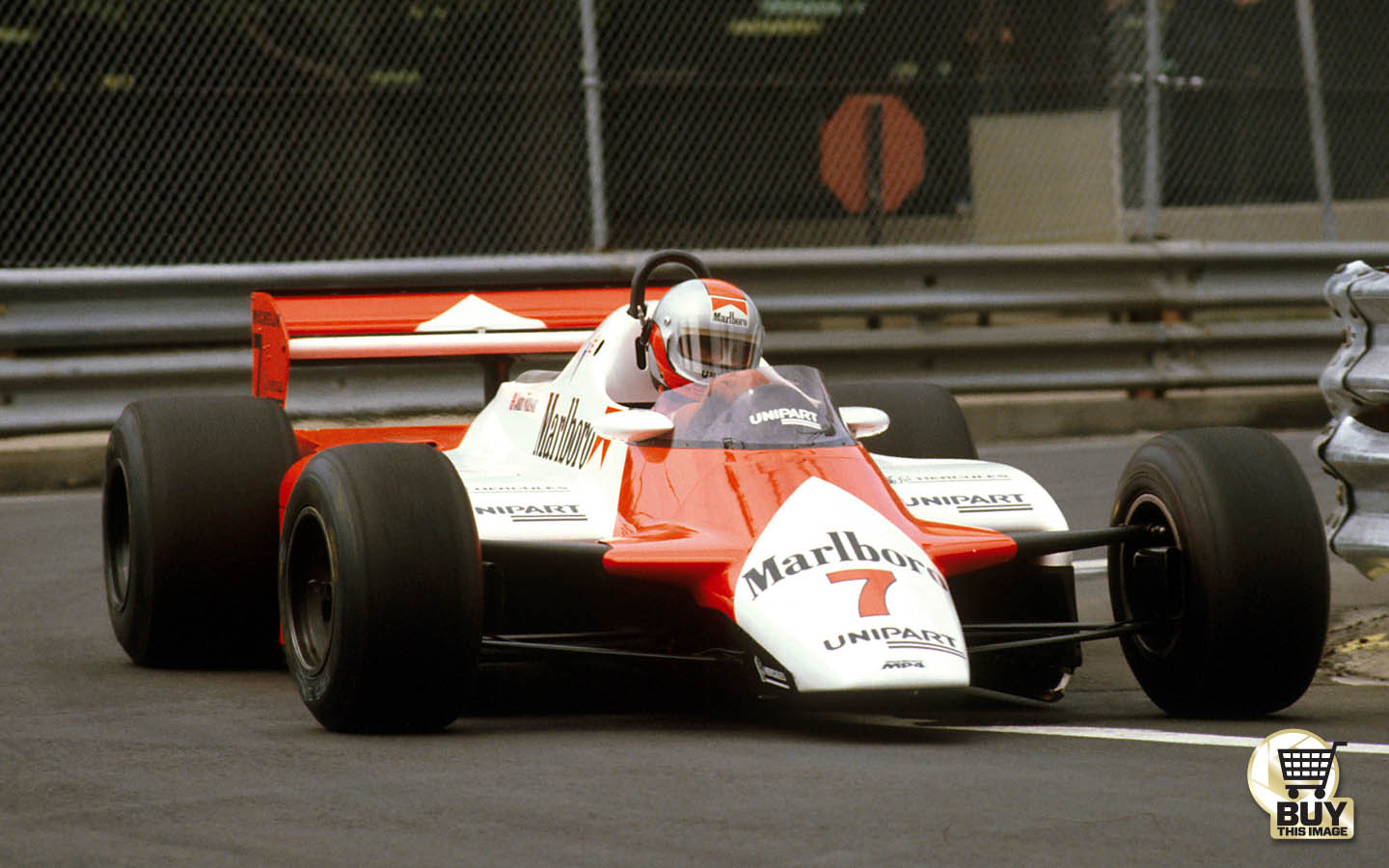 And Stirling Moss won the 1958 Portuguese GP at Porto’s Boavista, with its cobblestones and tramlines, by a record 5min 12.8sec.

These circuits’ participations have tended to be fleeting.

While those that have put in a shift find themselves on the fringes of modern F1. Imola, which has hosted 27 GPs since 1980, is hovering in case Monza is cast aside; and Interlagos, host to 33 since 1973, is threatened with expulsion from 2017.

You can’t put a price on atmosphere or charisma in F1. That’s the bottom line.

My 16-round – enough by any measure – Left Field World Championship would be far from fault, thank goodness, but offer a diverse challenge of purpose-built venues, road courses, street circuits and autobahn blasts.

After blowing away the Christmas/New Year cobwebs at Kyalami, teams would have an extended test at Rio before contesting the first Brazilian GP of the season.

The first of two US legs would follow – Phoenix, Dallas and Detroit – and pound drivers, their brakes and transmissions. 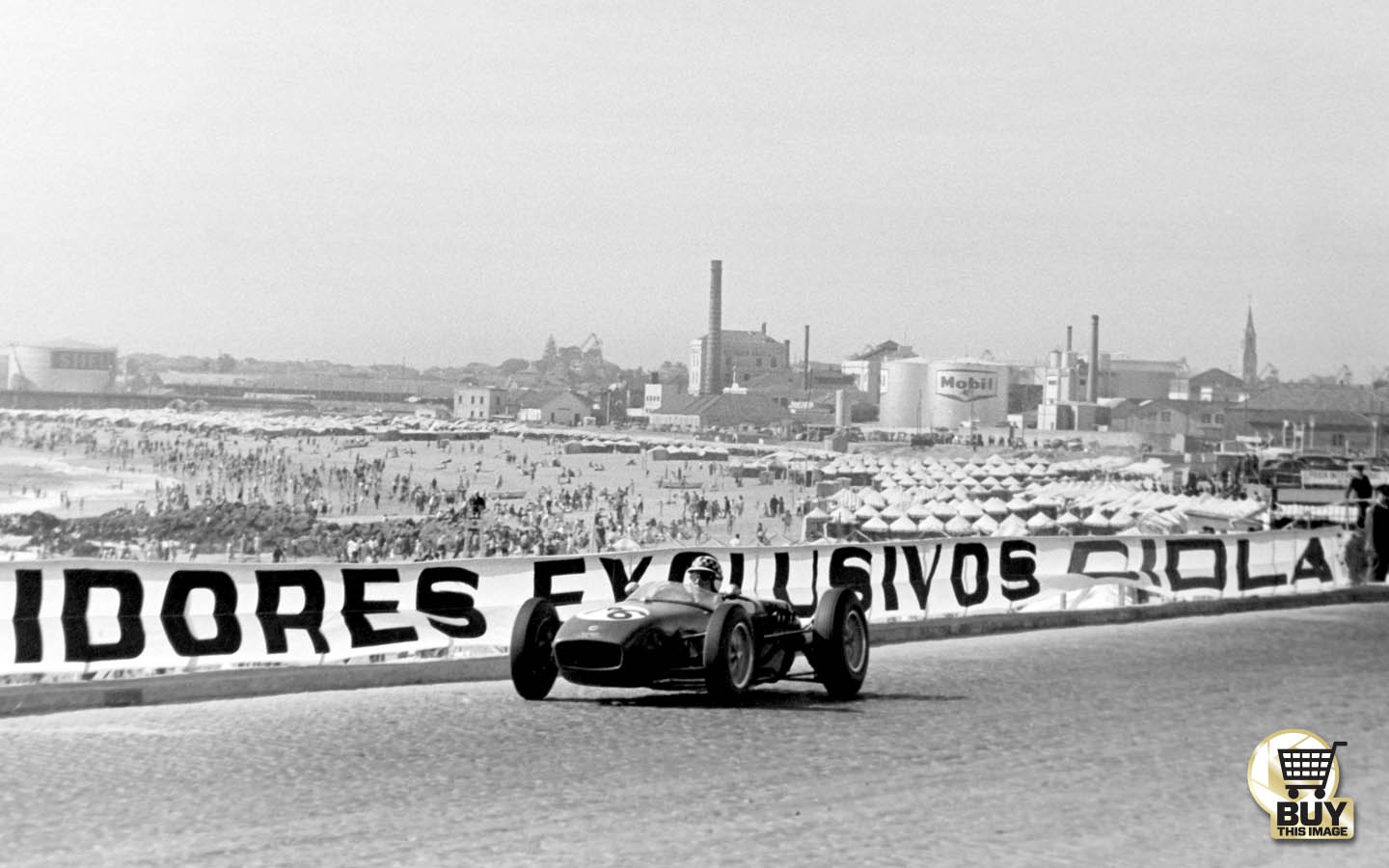 The European meat of the season would be provided by Italy (not San Marino), Spain, Portugal, Germany and – a hot topic right now – Turkey: that’s Imola, Boavista, Montjuïc, Avus and Istanbul Park.

The second US leg would include the Circuit of the Americas and Vegas; Americans clearly do not view being left-handed as a hindrance.

Thence to Asia for Yeongam and Singapore – it didn’t feel right to include swing-both-ways Suzuka – before returning to Brazil via Abu Dhabi.

And, yes, the winner of the Interlagos finale would be awarded double points. They’d have earned it, too, because the track I refer to is the original; the 26-turn tangled web.

As for Baku, I’ll pass judgment after the weekend. If it’s any good, I’ll dump Phoenix – uninspiring even after a change of layout – with a cursory phone call; as it was back in 1991.

No great loss, that. Phoenicians probably still prefer ostrich racing in any case.