Mayonnaise-laced chips are a Belgian delicacy and the tomato sauce crisp is king, but Spa-Francorchamps has greater delicacies still. The outside of Raidillon is prohibited to the general public – and it’s not particularly accessible to those with the correct credentials. As at Suzuka, Interlagos and other circuits of a certain age, you have to scramble through the undergrowth to get there. It’s worth a few ankle scratches, mind. 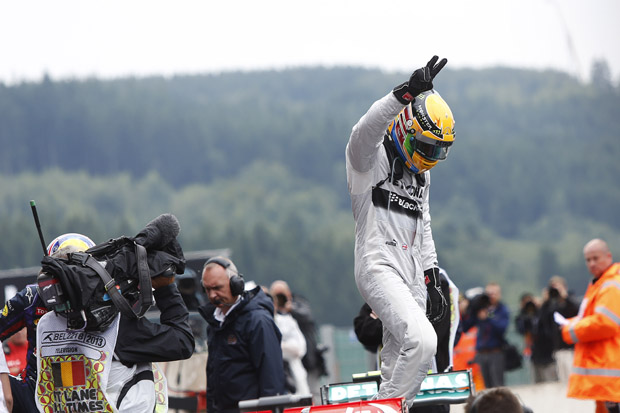 It was overcast but dry during final free practice. Formula 1 cars are never going to look less than spectacular as they crest the rise, but some drivers seemed fractionally more committed than others. The Red Bulls looked exquisite, naturally, likewise the Lotus-Renaults, Fernando Alonso… and Jean-Eric Vergne. The Frenchman was in exceptional form yesterday and little had changed this morning, when he helped himself to greater portions of kerb than most en route to fourth quickest time, behind Sebastian Vettel, Alonso and Mark Webber. Everything pointed to a positive day for the man least likely to be promoted to a Red Bull seat in 2014… but then 15 minutes before qualifying, a message appeared on the official timing screens: “Risk of rain in this session is now 100 per cent.”

It began with a vengeance just before the session… but stopped almost as swiftly as it had started. Slicks were the most effective choice during the final few minutes of Q1 – so much so that, thus shod, Giedo van der Garde wound up third for Caterham and both Marussias made the cut. Vergne missed out, however, his earlier brio capped by Toro Rosso’s persistence with intermediates. You had to feel sorry for him, but such are the sport’s ways – and never more so than here. His team-mate Daniel Ricciardo was eliminated, too. 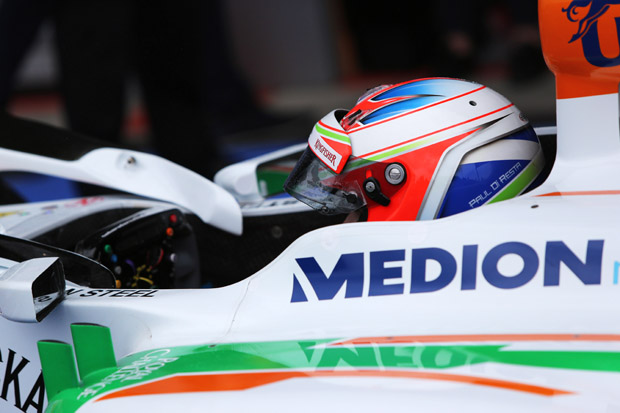 The second qualifying phase remained dry – and more conventional – but the sky was dark at the top end of the track, close to Les Combes: the circuit was partially wet within seconds of the final shoot-out commencing, then wholly so. Most teams opted to send drivers out on slicks, an understandable slice of optimism, but Force India held back Paul di Resta and dispatched him on intermediates. While most of his rivals were coming in to switch tyres, he was able to get the best of the track conditions and provisionally held pole for a couple of minutes, although Nico Rosberg pipped him as the circuit began to dry (ever a fairly swift process at Spa). At the end, Vettel, Webber and Lewis Hamilton crossed the line just before the chequered flag fell – and used their bonus lap to annex the top three positions. Hamilton was a second quicker than the Red Bulls through the second sector – and about a tenth up on Vettel overall. Mercedes has been running fairly conservative engine settings this weekend, and hadn’t previously looked close to the pace, but Hamilton was his customary, improvisational self in mixed conditions. It was his fourth consecutive pole – and the 31st of his F1 career. 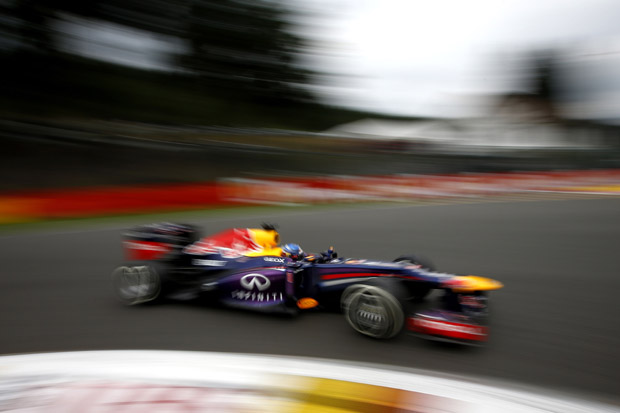 “At the start of my final lap I’d seen that I was about seventh,” he said, “and the messages on my dashboard were telling me I was three seconds off the pace. I had no idea what was going on and was quite surprised to find out I’d goner quickest.” He conceded, however, that the Red Bulls are likely to have an edge tomorrow unless it rains… and heavy showers are forecast for about 2pm, when the race starts. 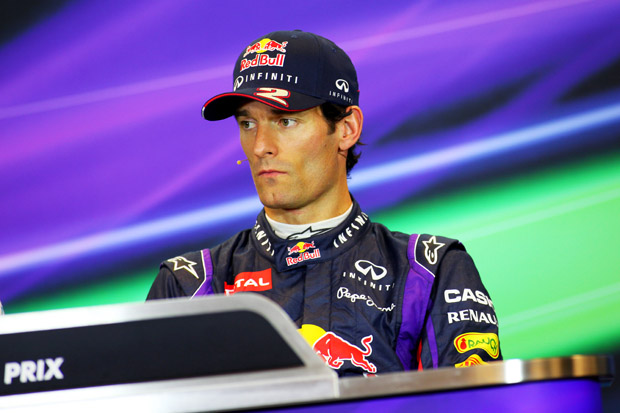 For Webber, this was a final shot at qualifying an F1 car at Spa. “I won here in Formula Ford back in 1996,” he said, “and I’m looking forward to coming back here in future, with Porsche in the World Endurance Championship. It’s a sensational circuit compared with some they’ve attempted to design of late.”

Raidillion doubtless felt even better from where he was sitting than it did from where I’d been standing.