Valtteri Bottas might only have another 19 opportunities, all being well with the Formula 1 schedule, to offer a few more “f*** you” moments to his circling critics and break into double figures for his personal tally of grand prix victories.

The Finn, always feisty in the face of those who knock him, could still be a Mercedes-AMG Formula 1 driver in 2022. But on the back of what we’ve seen so far this season, it’s hard to believe – and it’s all too easy to translate his defiance to a team order in Barcelona on Sunday as evidence that not only does he know it, but has perhaps already accepted his exit too.

Do you feel sorry for Bottas? I do – but only a little bit. He’s had the privilege of driving the best F1 car on the grid by far for the past four and a bit years. Nine GP victories should not be sniffed at, but for all the hirsute winter resets and talk of renewed vigour, Bottas has never convinced as a genuine threat to Lewis Hamilton’s preeminence, at least not for any sustained period of time.

He’s a fine grand prix driver, but he’s a number two – and time is against him now to break that painful perception.

But if Bottas is under pressure, spare a thought for Sergio Perez who – as he predicted himself pre-season – is taking time to get fully up to speed at Red Bull in this era when testing is so heavily restricted. Twenty years ago, top F1 drivers were logging miles almost constantly with packed testing schedules between races that gave them plenty of opportunities – and no excuses – to get their eye in. Today, simulator work only goes so far and ‘Checo’ was always bound to take some time to integrate fully into a squad built around the firebrand talent of Max Verstappen.

But while it’s understandable, that won’t make it acceptable to Christian Horner and Helmut Marko. While Perez falls short of optimising the second-best car on the grid, a bid for the constructors’ title is fast beginning to slip away. It’s far too early for talk of him being replaced, in the Red Bull style Toto Wolff and Bottas both alluded to over the course of the Barcelona weekend. After all, we’re only four races in, he’s not doing that badly, and anyway who would do better? But a man who has been in and around F1 since 2011 knows full well what might come mid-summer if he can’t unlock consistent speed in qualifying. 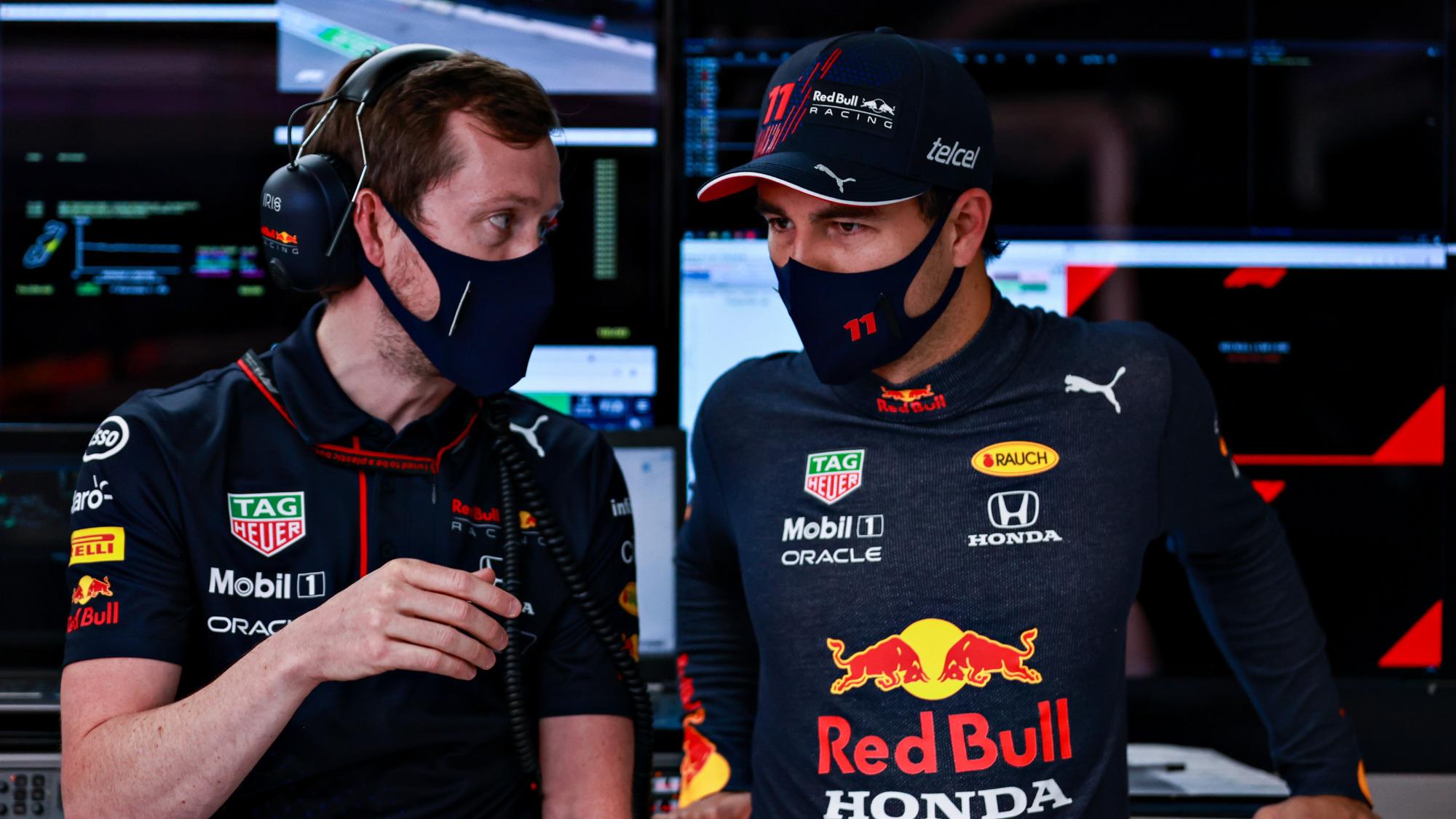 Things haven’t been straightforward for Perez yet at Red Bull

The mystery shoulder pain that spoiled his Saturday couldn’t have been worse timed for Perez in Barcelona, exaggerating his deficit to Verstappen and leaving him a disappointed eighth on the grid. Only once so far, at Imola where he qualified an excellent second, has the Mexican made the most of what is at his disposal for the first time in his career. In Barcelona, he drove a good race that included a sublime outside pass on Daniel Ricciardo to rise to fifth. But as Charles Leclerc absolutely optimised his Ferrari (and then some) to finish fourth, that was as good as it was going to get for Perez starting so far back. Red Bull needs him to be mixing it with the Mercs – and not just to score points, as Horner explained.

“Obviously he didn’t manage to make headway at a track [where it is] so difficult to pass, because we desperately need him to be in that gap, so that Mercedes don’t have the strategic options that they had,” said the boss. “I’m convinced that that will come for Checo as he finds more confidence and time in the car.”

In contrast, Bottas does at least usually fulfil his obligation to be a factor Red Bull can’t discount as Verstappen and Hamilton continue their other stratosphere duel that has so far elevated this season beyond any since Nico Rosberg gave his team-mate a headache he couldn’t shake in 2016.

Imola was a disaster and an embarrassment for Bottas even before the collision with George Russell – but at least he has delivered the bare minimum of three third places at the other rounds. That’s where his value remains high for his team right now, beyond Wolff’s assertion that it’s not the Mercedes way to ‘do a Red Bull’ and lose patience with a contracted employee mid-season. But might that change if Valtteri digs in his heels a little more and the Barcelona team orders moment is repeated with greater repercussion?

Let’s keep some perspective here. Yes, Bottas cost Hamilton more than a second in a crucial part of the race when he was using an offset strategy to close down Verstappen – and that DRS-assisted pass at Turn 10 was tighter and more difficult than Wolff might have liked. But there was never any real threat of a collision between two drivers who both appear to benefit from a mutual and genuine respect. Hamilton stressed afterwards that it was no sweat, while Bottas too made a reasonable case for his actions.

Asked whether he’d let Lewis by as early as possible, he said: “No, I definitely didn’t let him by earlier, but I was doing my own race as well. It’s always calculating things. I was trying to get Charles [Leclerc] off of the pit window so I could stop again and try to go for the extra point [for fastest lap]. So the main thing in my mind was my own race.

“There wasn’t too much [talk on team radio]. They told me not to hold him up too much, but like I say I was doing my own race, and I’m not here to let people by, I’m here to race, so that’s how it goes.” Spoken like the true racer he is.

But still, if Wolff has a flicker of concern at Bottas defying a clear order – which is what Valtteri did, however he might wish to dress it up – it’s probably justified. When a driver gets to the point when he decides he has nothing to lose, that looking after his own interests becomes the priority over the team’s needs, things can quickly escalate. Bottas is still a perfectly capable distraction to Red Bull at the moment – but he better not become one to his team-mate, unless of course he can pull off a remarkable and what appears to be a highly unlikely turnaround and start beating him.

At 31, Bottas is too young and too good to wrap up his F1 career this year, whatever plays out in the coming months. But churning in the back of his mind might well be an inkling that this could possibly be his last chance in a top-line title-contending car.

He has to look out for himself and wring every last drop from what he’s currently got – just like Perez, in fact. How these talented and mature number twos handle the high-pressure, knife-edge scenarios they find themselves in will not only define their own futures, but could also end up playing a major role in both championship outcomes. This increasingly absorbing season is far more complex and nuanced than just Hamilton vs Verstappen.