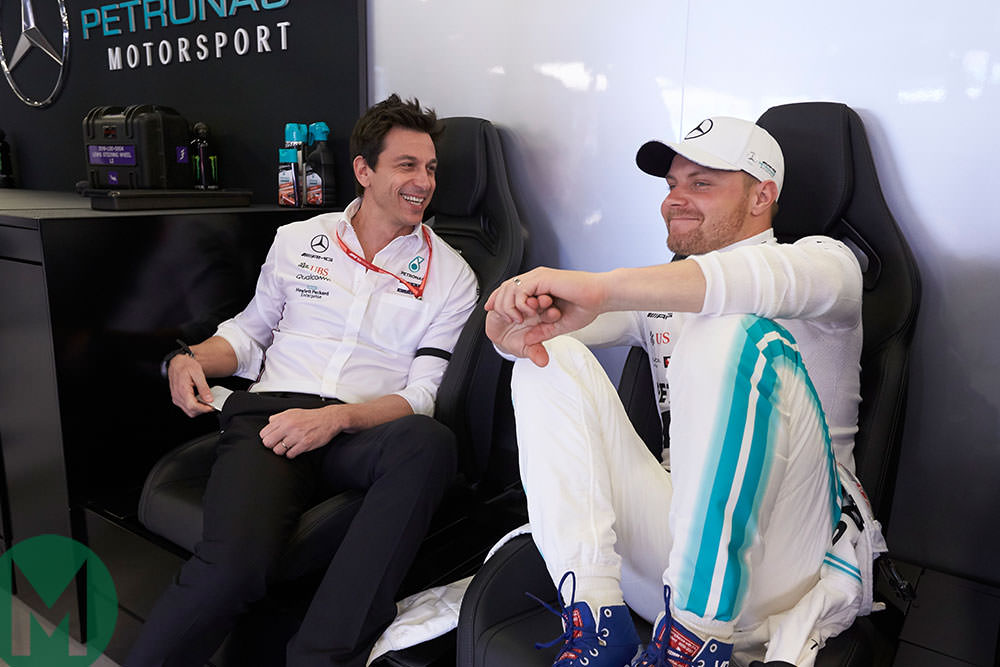 Valtteri Bottas 2.0 won by more than 20sec in Melbourne.

The wingman took flight having re-emerged The Revenant-like – and sporting a prizefighter’s stubble and muscle – from the long, ink-black nights of the forests of Finland.

His considered Twitter feed makes clear that he felt the need to “disappear” and “disconnect” from Formula 1 after a disappointing 2018 – before he could “Analyze. Learn. Improve.”

Thoughtful walks with the dog – a Dalmatian called Fanni – were interspersed with punishing gym sessions, plus mushing, Nordic skiing and charity ice hockey matches – one draw, one win – that are serious fun judging by his game face.

Did he fight a bear, too? I wouldn’t put it past him.

Barring a few appearances at awards ceremonies – looking 007 sharp with ‘Bond girl’ wife Emilia on his arm – he kept it on the down low: Christmas jumpers; road trip from Chile to Argentina; lone racing bicycle propped against a wall overlooking sun-drenched Monte Carlo; and, okay, yeah, his rallying debut.

The latter was undertaken in an M-Sport Ford Fiesta WRC co-driven by Timo Rautiainen – twice a world champion alongside brother-in-law Marcus Grönholm – and included a fastest stage time. He finished fewer than two minutes behind the winner of the three-day Arctic Lapland Rally and impressed insiders with his technique and commitment.

Yet more serious fun – on top of the serious-business preparations for F1 2019 – that helped Bottas seize once more his sisu: willpower, tenacity and persistency fundamental to the Finnish character.

This Finn ain’t what he used to be

Grimly self-critical: “I still feel that I haven’t achieved anything in F1.”

Resolute in adversity: “I am willing to do basically whatever it takes to achieve my targets.” He has returned “a new man, full of energy and tougher.”

Downtime in Melbourne was spent MTB-ing and “just chillin” with local fauna: ’roos and emus. Charlie Whiting’s sudden and shocking death evoked a respectful, heartfelt response. After which it was back to business. (Charlie would have understood.)

March 16: “Good battle for the pole with Lewis. He had the upper hand in the end, today.” Winking emoji. “Can’t wait for tomorrow.”

Finns and the Australian Grand Prix go way back.

Keke Rosberg (below) won its first world championship iteration in the searing heat of Adelaide in 1985 – his selection of cast-iron over carbon brake discs proving just the ticket – and the following year he was leading his final GP commandingly before withdrawing with what he thought was engine failure but turned out to be a puncture. Once-impermeable sisu fractured, his retirement from F1 was well timed. 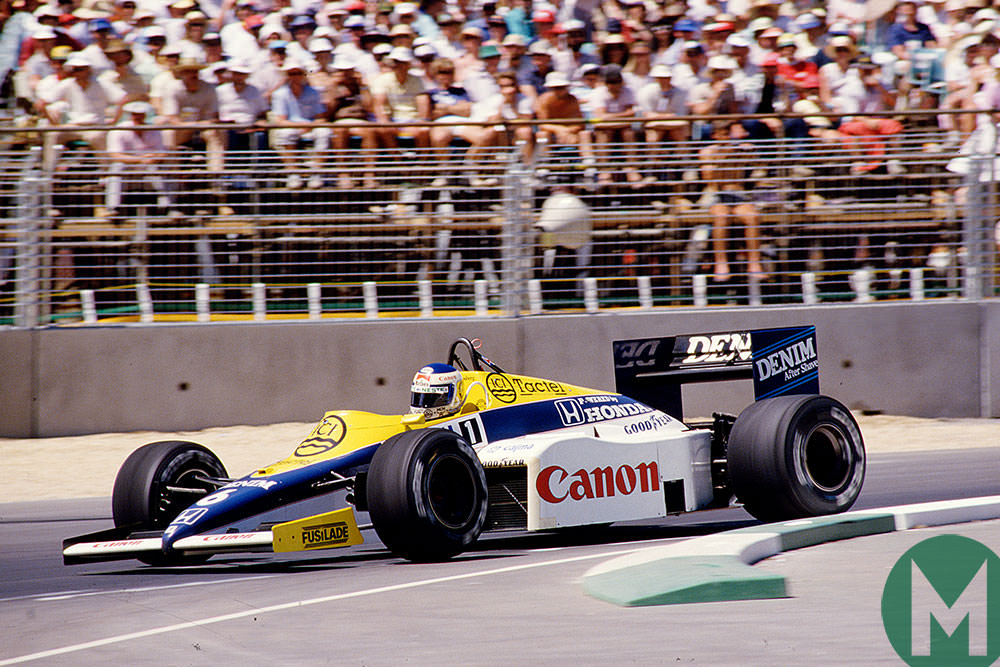 Mika Häkkinen was almost killed by a crash caused by a sudden puncture during qualifying at Adelaide in 1995. Three years later – the race having relocated to Melbourne from 1996 – he scored the controversial victory that set his stall for a successful title bid; team-mate David Coulthard, in retrospect perhaps overly eager to please, letting him through after a misheard radio call – partial deafness a legacy of the accident – triggered an unnecessary extra stop.

Finally, in 2001, he crashed heavily during the race because of suspension failure. Many of the same, uncomfortable sensations: the marks on the crash helmet, the taste of blood. Sisu, torn and worn by battling Michael Schumacher, Ferrari and the FIA, was holed irreparably and a sabbatical during 2002 would morph into a retirement.

Kimi Räikkönen won in 2007 – the occasion of his Ferrari debut – and for Lotus in 2013. His sisu wavered between times but a bit of ice hockey and plenty of rallying restored it.

And Nico Rosberg – he’s German but also his father’s son – emphasised that his gutsy end to a disappointing 2015 was, in fact, the beginning of a successful 2016 campaign to beat team-mate Lewis Hamilton. He forced the latter, on pole as usual in Melbourne, wide at the first corner and later battled braking issues to score his fourth consecutive GP win.

Hamilton expressed public satisfaction at his part in a Mercedes-Benz 1-2 that day – but in private the alarm would have been sounding. Or, and this would be more telling, perhaps it was not.

Never has Bottas stubbed a fag before setting pole; or pulled a move like Häkkinen’s on Schumacher at Spa in 2000; or felt compelled to don a replica crash helmet of head bad boy James Hunt. His general demeanour is more Nico than Keke.

His current situation is entirely Nico-like: amiable, amenable man turns cunning verging on feral with a view to overcoming a foe perceived widely to be the more powerful but clearly with flaws as well as claws.

Hamilton last weekend again expressed public satisfaction at his part in another Down Under 1-2 – but privately must have been wondering ‘What the hell?’

Now we all know: damage to his car’s floor ahead of the left-rear tyre unsettled its balance. He had noticed it as early as the fourth lap and mentioned it to the team on the 10th – but was unsure how it occurred.

Though this skews the race result, it’s a revelation unlikely to burst the Bottas bubble, for this Finn ain’t what he used to be.

His unexpectedly crude open-mike sign-off – part of the character he has assumed, one assumes – was addressed vaguely, presumably on the basis of ‘You know who you are’.

Does that include you, too, Valtteri 1.0?

If it doesn’t, ought it? If only for the closure.