Classic F1: Under pressure, just three races into his career, Valtteri Bottas overturned the odds and left Lewis Hamilton behind to win the 2017 Russian Grand Prix 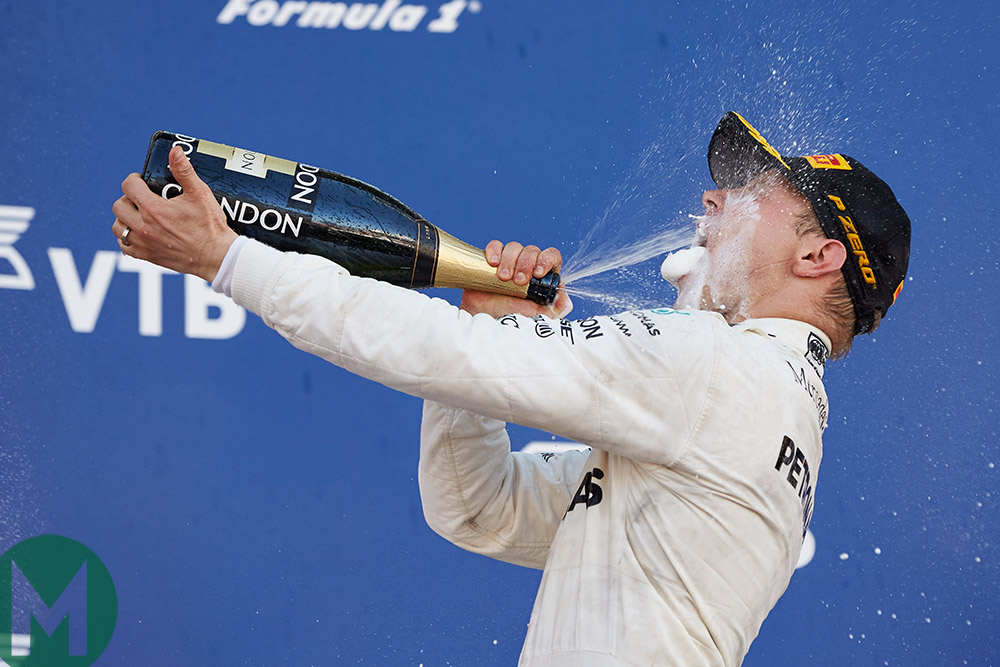 We know what they say about crises and opportunities. But it works both ways. Valtteri Bottas before the 2017 season had Formula 1’s equivalent of a lottery win, getting the plum Mercedes drive after Nico Rosberg’s surprise retirement. Yet just three rounds later, heading to the Russian Grand Prix at Sochi, the pressure was on.

Bottas finished third in Australia, chasing his new and prestigious team-mate Lewis Hamilton to the flag. But in China he had a botched pitstop then spun behind the safety car, and although he got pole in Bahrain he struggled with his tyres in the race and twice had to wave Hamilton by.

The championship was shaping up as a classic face-off between Hamilton and Ferrari’s Sebastian Vettel. Already Bottas faced suggestions that he should – in a subsequently-notorious term – play the wingman at Mercedes.

Yet Bottas always excels at Sochi. He nearly got pole for Williams on the inaugural Russia visit in 2014; we may also recall what happened there 12 months ago…

And in the ’17 visit, from the Mercedes angle, it had to be Bottas. As Hamilton was curiously off-song, lacking grip. 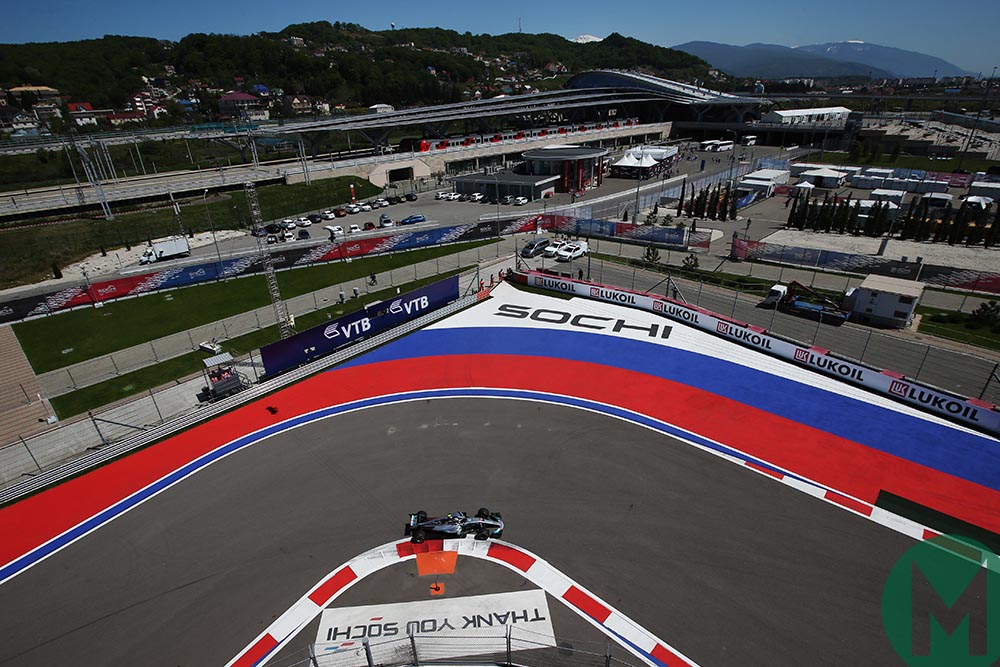 On the glass-like Sochi surface Mercedes had trouble getting its tyres into working temperature, and that year when the Mercedes was sub-par something happened. “When the car is poorly balanced Hamilton tries – and sometimes succeeds – in hustling a lap time from it regardless,” Mark Hughes observed for Motor Sport.

“But with Bottas as his team-mate, a pattern has emerged: Valtteri is flawless in asking the maximum from the front end of the car but not a single km/h more. That is usually enough to see him out-qualify Hamilton when the car isn’t working well.”

Bottas at Sochi indeed put all this together to set a qualifying time close to the imperious-looking Ferrari pair, good enough for third, with Hamilton half a second slower.

But still Ferrari had its first front row lock-out since the French round in 2008 and, at this track known for minimal tyre degradation, one-stop strategies and almost-zero overtaking, it held all the aces seemingly.

Likely it would have done, but in F1 we have also a standing start. Plus at Sochi there is a lengthy run to the first (proper) turn. And Bottas went clean past the Ferraris by the time they got there.

Poleman Vettel reckoned though that, rather than a startling launch, it reflected a combination of slipstream and headwind. “I felt like I had a tent dragging behind me,” he explained. “There was nothing I could have done.” 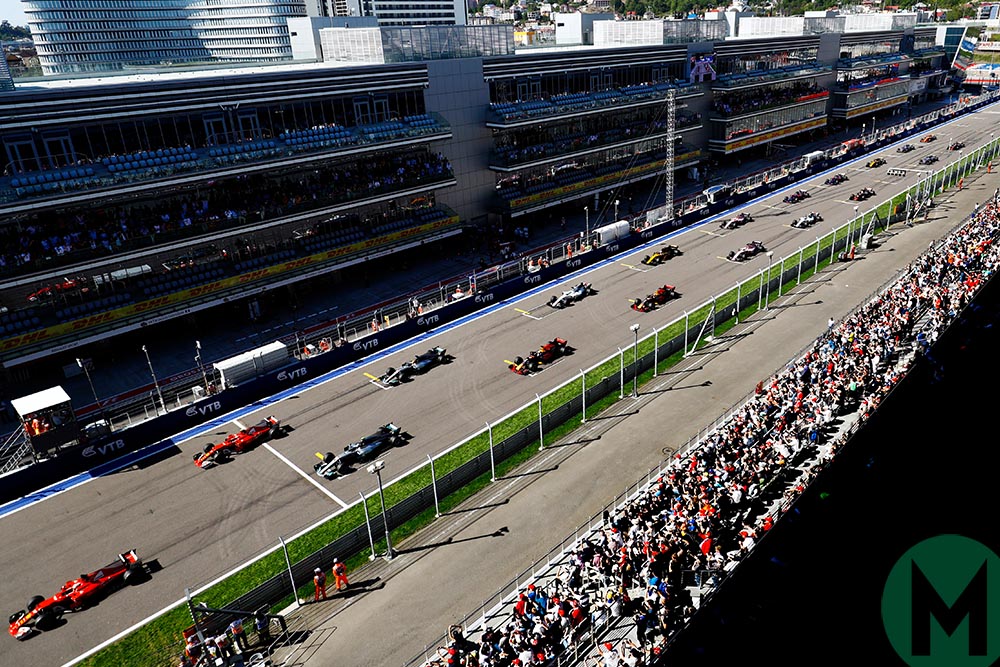 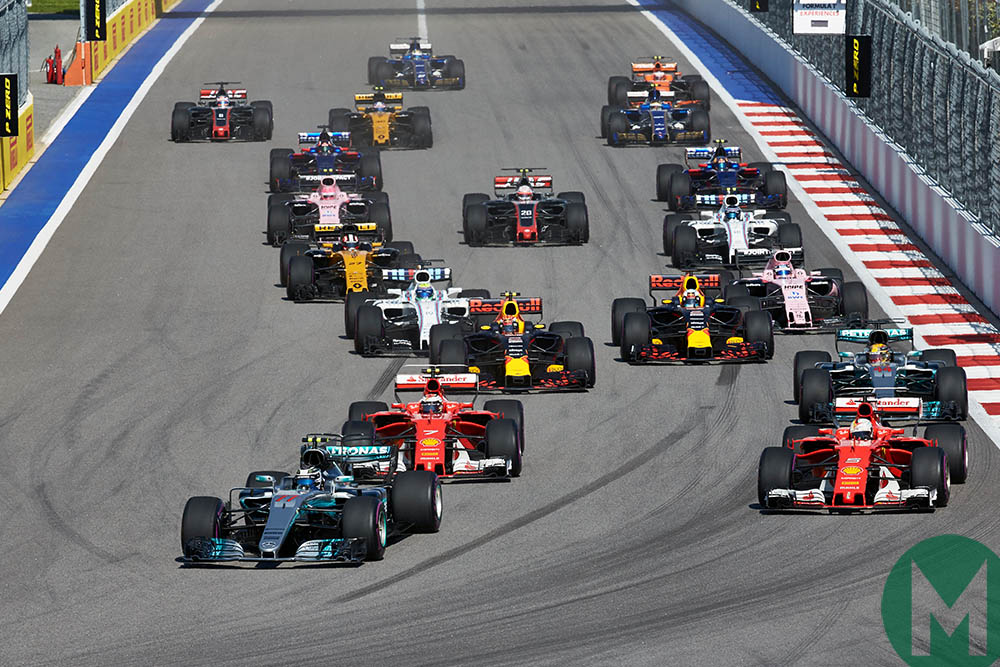 Ferraris started 1-2, but Bottas was ahead by the end of the straight Photo: Motorsport Images

Then Bottas – who’d never won a race before – led like he was born to do it. After one lap of green flag racing he was 1.8sec clear. After 20 laps it was 5.5sec.

“It wasn’t supposed to happen like this, surely?,” asked Hughes. “Hadn’t the Ferraris been the ones which could more instantly switch their tyres on in qualifying? Wasn’t it the Ferraris which had looked better on the ultra-soft than the Mercedes?”

Vettel at that point though was struggling somewhat with marginal cooling and a lack of front-end bite. From lap 20 he started to eat back at the gap, the Ferrari having better tyre durability and more potency in traffic.

He’d got the deficit to 2.5sec by the time Bottas, with more traffic ahead, pitted. Now Ferrari’s best option was the ‘offset’, Vettel pitting later and then attacking on fresher rubber. He continued to lap strongly, and Mercedes braced itself for the chase-down.

It even considered the most incredible of role reversals. “Mercedes was looking seriously at using Hamilton as a foil to help Bottas,” Hughes explained.

“If they could just leave Lewis out until after Vettel had stopped he could be used to delay the Ferrari. But that plan ran aground with Hamilton’s greater tyre wear.”

Vettel eventually pitted and emerged with 4.6sec to make up on Bottas in 17 remaining laps, with tyres seven laps newer and of a super-soft compound which the Ferrari worked much better.

Eminently doable. Especially, as Hughes added, with “Vettel with the scent of victory. This was going to be a great test for Bottas, the biggest pressure imaginable for a driver yet to win a race.” 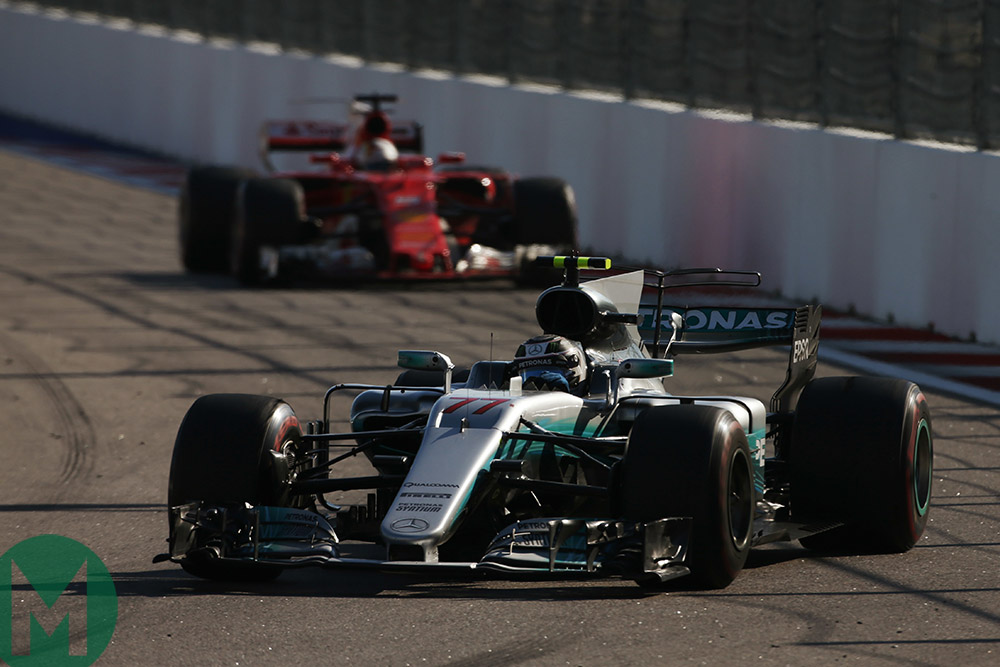 Vettel threatened as the end of the race approached Photo: Motorsport Images

The gap came down, and a chunk was lost when Bottas locked up and ran wide – oh-so nearly hitting a barrier. Further, it left him with flat-spots on both fronts and vibrations. Before we knew it Vettel was with him.

Sochi remains a difficult track to pass on, as noted. Yet there was sheer tension as the laps crept down, and the near-at-hand pair negotiated a never-ending supply of backmarkers. Another Bottas error and Vettel would have been past in a blink.

With a couple of laps remaining Vettel got DRS too, but Bottas remained resolute and then the latest backmarker, Felipe Massa in a Williams, let Bottas make a vital break on the final lap. He was safe to claim his freshman win after 81 times trying.

Bottas even so was typically sober afterwards, but acknowledged the win’s gravity. “With the tyres, the lock-up and the vibration, the backmarkers and Sebastian coming, it was not easiest of races to win,” he said.

“But we held it together at the critical points and that makes it feel even better. For my first one, it’s very special.”

As for Hamilton? He finished fourth, 36sec shy.