Mercedes will choose Lewis Hamilton’s 2020 team-mate during the current F1 summer break: will it stick with Valtteri Bottas or promote Esteban Ocon? 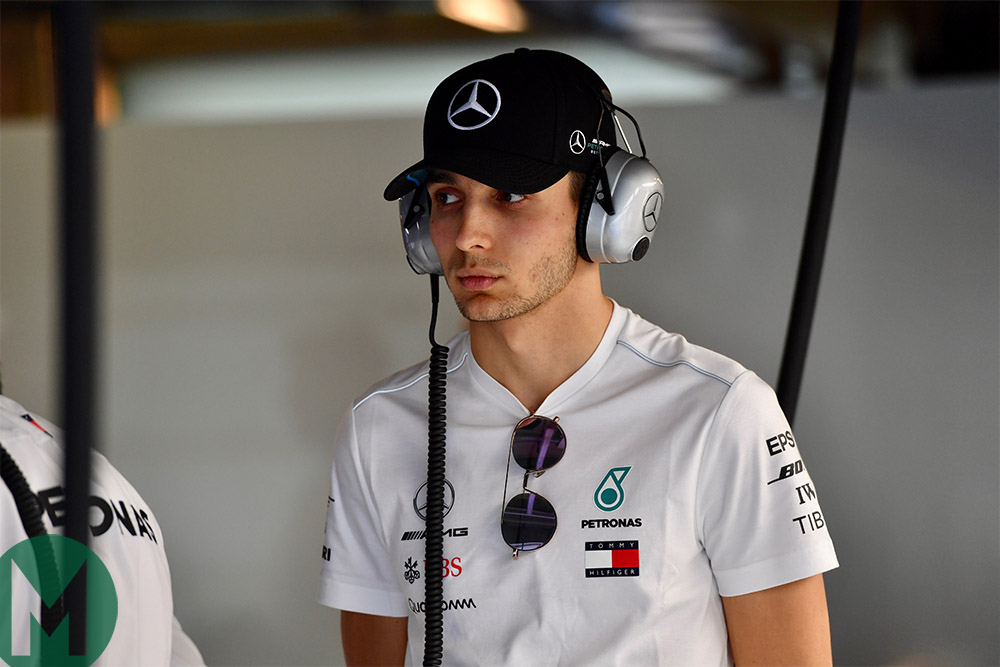 Twelve months ago, the driver market was a bit of a waiting game. Daniel Ricciardo had surprised everyone with his switch to Renault, but prior to that it had appeared a formality that he’d sign a new Red Bull deal.

The unknown was at Ferrari. Would the Scuderia stick with Kimi Räikkönen – known to be liked by Sebastian Vettel – or opt for the rapidly-improving rookie Charles Leclerc?

This summer, it’s Mercedes facing a similar dilemma, with team principal Toto Wolff explicitly saying he will use the mid-season break to make a decision between retaining Valtteri Bottas or replacing him with Esteban Ocon.

In many ways, it’s as much a decision regarding Lewis Hamilton’s future as it is either of his two prospective team-mates.

What more can Mercedes achieve than winning both the drivers’ and constructors’ championships? That’s exactly what it has managed with a partnership of Hamilton and Bottas, even in the face of growing competition in the V6-hybrid era.

Bottas has never had the stability of anything other than a one-year contract at Mercedes, which was understandable in his first season as he was a late acquisition following the shock retirement of Nico Rosberg. Wolff had to move quickly and opted for a fast but ultimately safe pair of hands, and a driver with a different temperament to Rosberg.

A 12-month contract allowed a more thorough analysis of what Bottas would bring to the team, and also left the door open in case other drivers became available. To only hand out the same in 2018 was perhaps harsher, but then Daniel Ricciardo was out of contract at the end of that year and so Mercedes could again keep its options open.

If Bottas is replaced by Ocon, there is no guarantee he will deliver the same results despite the high expectations

On both occasions, Bottas ensured the comfortable retention of the constructors’ title, although was never runner-up in the drivers’ standings.

Following two disappointing results before the summer break, it feels like Bottas is under pressure, and perhaps underperforming. But this is a driver who has been able to match Hamilton’s tally of four pole positions so far this year, and while he’s only finished ahead of him three times in a race, that’s added to with five runner-up results to secure a Mercedes one-two.

And while it’s his costly error in Germany that saw him fail to finish – spinning and crashing at the same corner Hamilton had already spun but avoided damage – Bottas had been closing in on yet another podium in a race that Hamilton was set to finish outside the points. Fine margins that would make the drivers’ championship battle much closer, as this time he does sit in second place.

When you just lay out the results, Bottas has done exactly what Mercedes wants and needs the majority of the time. But that crash at Hockenheim takes on added importance because it was the team’s home race – sponsored by Mercedes-Benz – and saw numerous celebrations of the company’s 125-year history in motor sport.

To throw away a podium after not being able to seriously challenge Max Verstappen in the second half of the race will have irked Wolff and raised the question of whether Ocon would have done a better job. 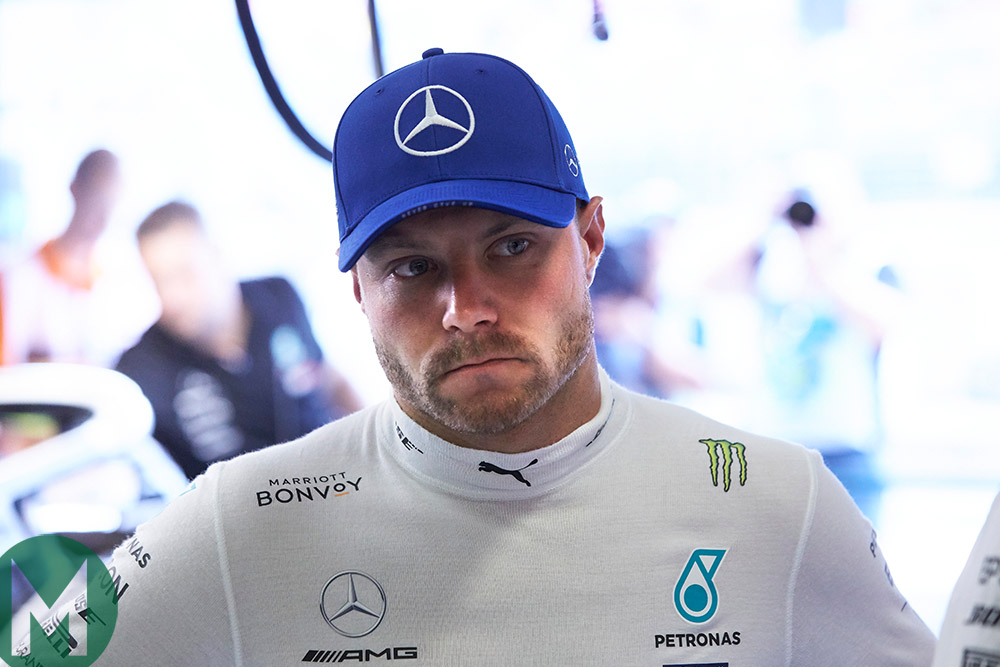 A man under pressure? Valtteri Bottas is still the favourite for a 2020 Mercedes seat Photo: Motorsport Images

There’s no doubting Ocon’s talent, and his two years with Force India provide solid experience that would make a Mercedes seat a far less daunting next step. But Ocon’s history with Sergio Perez during that time and the number of internal flashpoints will also leave a seed of doubt in Wolff’s mind.

Every team would like a young driver to come through their programme and deliver results. But as Red Bull’s high turnover highlights, there is no guarantee that a driver will deliver on their potential once they find themselves in a race-winning seat. Neither will every pairing work as harmoniously as Vettel and Leclerc have appeared to so far this season.

Mercedes’ biggest asset is Hamilton. On top of producing stunning performances, breaking records and winning championships, he transcends the sport. And making it easier for him to do all of those things has been central to the team’s more recent success. The role of Bottas should not be underestimated on that front.

The decision Wolff needs to make is whether it is worth upsetting the applecart with a change in the last year of Hamilton’s current contract.

Hamilton is 34 after all. But he’s rapidly closing in on Michael Schumacher’s record of drivers’ championships. With the way this season has gone, he’s already the favourite for the 2020 title, and surely will be tempted to sign a new deal in order to try and exceed seven titles when new regulations are introduced in 2021.

If Bottas is replaced by Ocon, there is no guarantee he will deliver the same results despite the high expectations. Granted, he could well better them, but then Mercedes doesn’t really need him to. And more importantly it could disrupt the harmony that currently exists between Hamilton and the Finn.

On the other hand, if Hamilton is likely to stay until at least the end of 2021, then taking the decision not to promote Ocon means Mercedes is also unlikely to do so in a year’s time. That then creates the added headache of what to do with the 22-year-old for two full seasons in order to make sure he’s still ready – and available – to step up when Hamilton retires.

In the most basic terms, if Ocon is Mercedes’ future, then Bottas is the team’s here and now. The delicate balancing act that Wolff has to deal with is how much to sacrifice one for the other.

“If we were to have only one of them it would be a no-brainer to have them in the car,” Wolff himself said in Hungary. “And in a way both deserve the seat. Esteban because he has been in tough situations and he certainly has the motivation and the energy and the talent to be in a Mercedes.

“On the other side Valtteri has the experience and has proven again how fast he can go. And he’s tremendously supportive in developing the team together with Lewis.

“There’s lots of pros, some cons…”

When looking to the future, Max Verstappen also comes into the equation. Wolff makes no secret of his admiration for the Dutchman, and as F1’s next superstar he’s the perfect replacement for Hamilton whenever the Briton opts to hang up his helmet. Whether Mercedes could sign the 21-year-old remains to be seen, but either way a Verstappen and Ocon partnership would be explosive at best given their history.

With George Russell impressing at Williams, it is not like Mercedes is short of F1-ready talent. The logical decision would be to allow Ocon to race elsewhere, safe in the knowledge that he would jump at the chance to drive for Mercedes in the future. If the team needed a last-minute replacement for any reason, Russell is available. It’s a scenario Wolff has played out in his head.

“If you can’t provide an opportunity for a young driver then you’ve got to make compromises.” he says. “And certainly I wouldn’t sabotage Esteban’s career by blocking him and not releasing him to drive in Formula 1.

“He is a great personality as he said he would understand if we were to do this and if needed he’d stay in the Mercedes family and do something else with us. But I think he must be given the opportunity in Formula 1, either with us or with another team, and who knows what happens in two, three, four years down the line.

“These guys are all so young. They’re between 20 and 22 years old – when Lewis joined Formula 1 – so all the future is bright for all of these young guys.”

In contrast to the Red Bull situation – where Alexander Albon has been asked to show he’s ready to deliver right now because Pierre Gasly isn’t – Ocon looks less likely to get a shot because Bottas is doing what Mercedes needs him to.

The smart money’s on Bottas staying. But that’s no slight on Ocon’s abilities.