It’s been quite a week. A flying visit to the Nürburgring 24 Hours proved predictably eventful – and the same could be said of the 2016 Motor Sport Hall of Fame on Tuesday. Then to cap it all, the July issue of Motor Sport hits the newsstands, featuring a story I’m particularly proud to present. Largely because you wrote it.

At the start of the year I drew a big circle around this issue as the one in which we should mark the 40th anniversary of the 1976 British Grand Prix. James Hunt vs Niki Lauda and all that – it makes for great copy. But how should we do so? What could we possibly offer that hasn’t been covered in previous articles, books, biographies and documentaries? To revisit such familiar ground requires a fresh approach, and that’s not always easy. 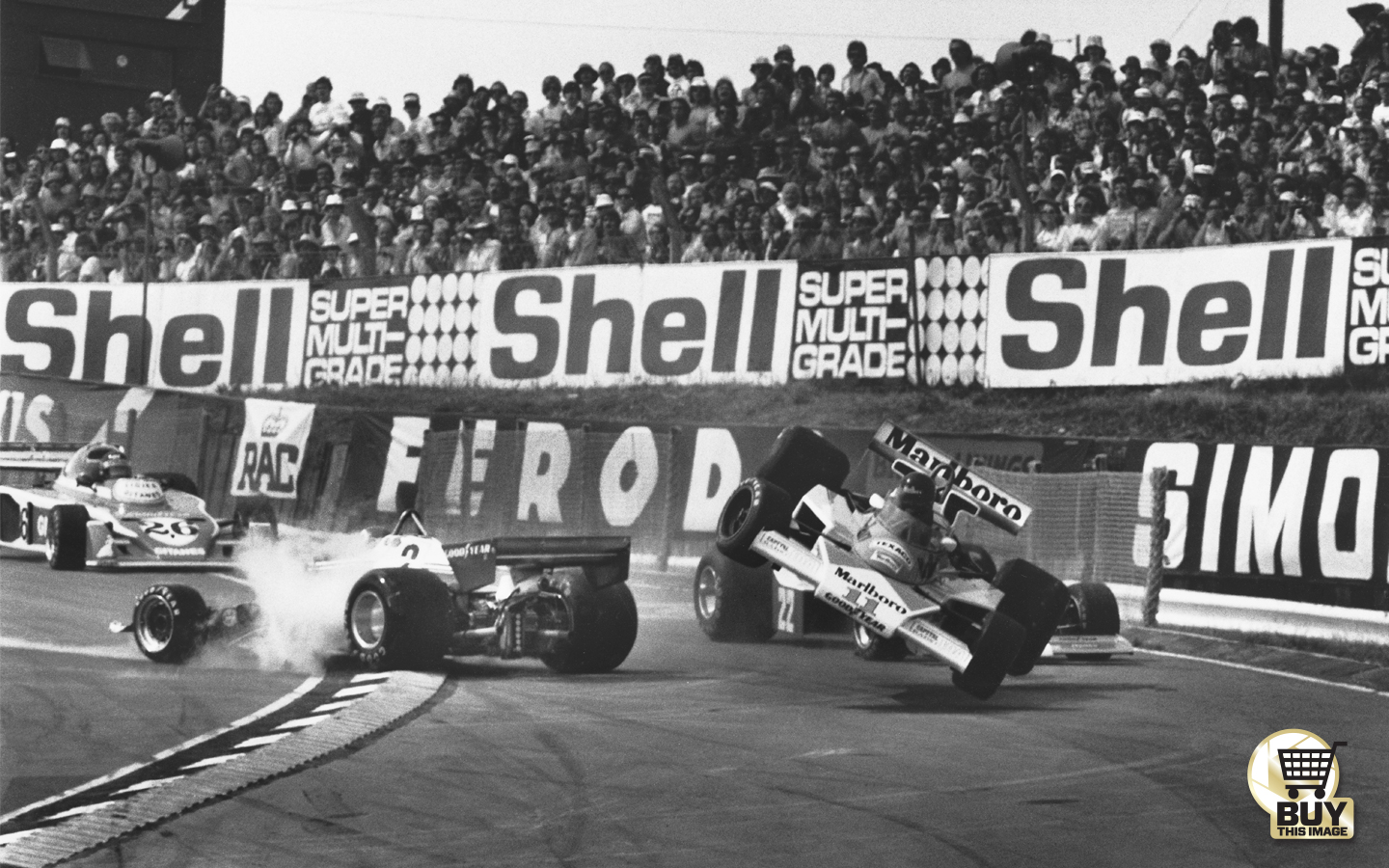 Brands Hatch in the long, hot summer of ’76 has long been tagged as the prelude to the modern mass-market era of Formula 1. The drama of Hunt’s first-lap damage to his McLaren and the subsequent boiling-point reaction of the partisan crowd when it looked as if he wouldn’t be allowed to take the restart offered scenes the like of which hadn’t been seen at a British race track before. An already good season caught the imagination of the world after Brands, and Lauda’s terrible accident at the Nürburgring the following month only escalated the hype. Lauda’s remarkable comeback and the nail-biting title decider at a drenched Fuji completed an epic tale that convinced the likes of the BBC that Grand Prix racing was worthy of regular coverage beyond the once-a-year token effort for the home race.

So how should we mark the anniversary? It wasn’t that long ago we, like just about everyone else, had been lured back to the Hunt vs Lauda story once more when the Rush movie hit cinemas. Then I had a (rare) brainwave.

So many of Motor Sport’s readers were there at Brands that day, and surely they’d all have their own personal memories of this momentous day in history. Instead of asking the usual suspects in the pitlane and on the track how they remember it, why not ask the masses on the outside of the track to share those stories?

Brands Hatch ’76 on the Photo Store

Through our website and social media channels we began asking for contributions and straight away I realised we were on to something. In a matter of days we were inundated with great tales of early-morning pilgrimages and packed spectator banks, of cat-calls and can throwing following the first-corner shunt. By the time it came to produce the issue we had enough material to almost fill the magazine – and we had the lovely but tricky problem of choosing what to run and what to leave out.

We just couldn’t publish it all, but we’ve tried to pack as much into 12 pages as possible – from, among others, a former Radio 1 DJ and the man who would one day end up owning the very McLaren M23 Hunt was racing that day. It’s a real treat and could open up a new avenue of tales from readers’ memories on other key events in motor racing history. If you care to suggest others we should consider, I’m all ears. 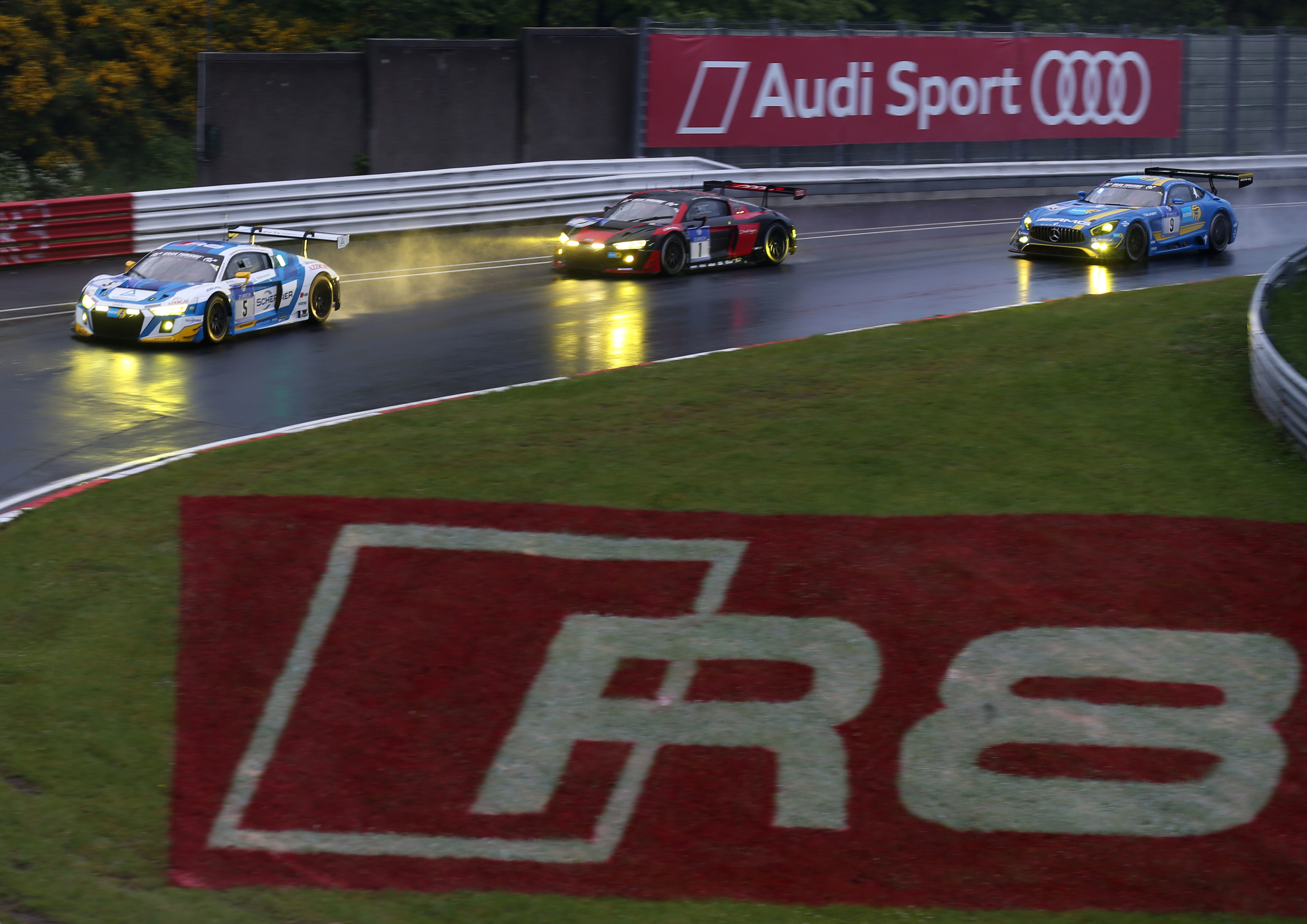 “It’s the most un-German German motor race,” said an old contact at the weekend. And he’s a native.

The Nürburgring 24 Hours is best described as properly nuts. Everything about it flies in the face of what sanitised modern motor racing is supposed to stand for – which is precisely what makes it so appealing.

This year 158 cars took to the monstrous Nordschleife for the twice-round-the-clock showpiece. More than 200 have taken the start in the past, so this was nothing out of the ordinary, but it still made for one hell of a sight when they all took their place on the grid.

Not that you could see the cars. In Monaco, space is tight thanks to wall-to-wall celebrities when the Formula 1 cars line up – but it has nothing on the ’Ring before the start of the 24 Hours. It appears to be a complete free-for-all as a sea of people surround crews, drivers and cars. I saw numerous children, a woman smoking and many near-misses as people narrowly avoided being mown down by either cars being pushed into place or mechanics charging tyre trolleys into the throng. It’s utter mayhem.

The race has long been famed for its dedicated fans (some might describe them as ‘feral’) who camp for days in the woods, gorging themselves on beer, BBQs and terrible music from speakers turned to 11. And of course the weather also tends towards the extreme.

Before the 24 Hours this year, I enjoyed a chance to experience the Nordschleife from the air, in a helicopter courtesy of Volvo. What a perspective on the second of two three-lap World Touring Car Championship races. Jackie Stewart’s ‘Green Hell’ looked heavenly in uncharacteristic sunshine – but the place reverted to type, and then some, once the endurance race was under way.

On the modern Grand Prix circuit and in the pitlane it remained dry, but down at Aremberg, the right hander at the end of the run from Flugplatz, TV pictures showed torrential rain – and a string of drivers skating off into the gravel and the steel barriers. More mayhem – but this was just the start.

Further round, the torrential downpour turned to hail, and a camera shot showed a ribbon of track streaked white. Ice – in May. It was like driving on ball-bearings, and numerous drivers had no choice but to stop where they were, as the race was red flagged. Three-and-a-half hours later it would finally restart.

Once it did get going, a quartet of Mercedes AMG SLS GT3s would grab the race by the neck. They might have been all of one make, but that didn’t make it dull, and certainly not friendly. Far from it. The four cars remained on the same lap and the lead changed regularly through the sequence of pitstops.

The climax capped a crazy weekend quite perfectly. With seconds left on the clock, the two lead cars started the final lap in line astern, Christian Hohenadel’s HTP Motorsport version leading the Black Falcon entry of Maro Engel – who proceeded to steal the race from his rival in the most dramatic fashion, before they’d even left the modern Grand Prix circuit for the forests.

Engel came from a long way back when he made his move, but it was entirely legitimate and clearly caught Hohenadel by surprise. The contact was side-by-side, but nevertheless HTP’s team boss was outraged.

As Engel took the flag by just six seconds to claim the closest ever victory at this race, the man from HTP was seen stomping to the stewards’ office. Quite right his protest was dismissed and Engel was free to celebrate with his team-mates, who included Briton Adam Christodoulou and 51-year-old DTM king Bernd Schneider, whose career Indian Summer stretches ever further on.

Sadly, I have an admission. I missed all this in real time, having been forced to leave early to catch my flight home from Cologne! Once safely checked in, I caught up on what I missed via Twitter – and quietly cursed… 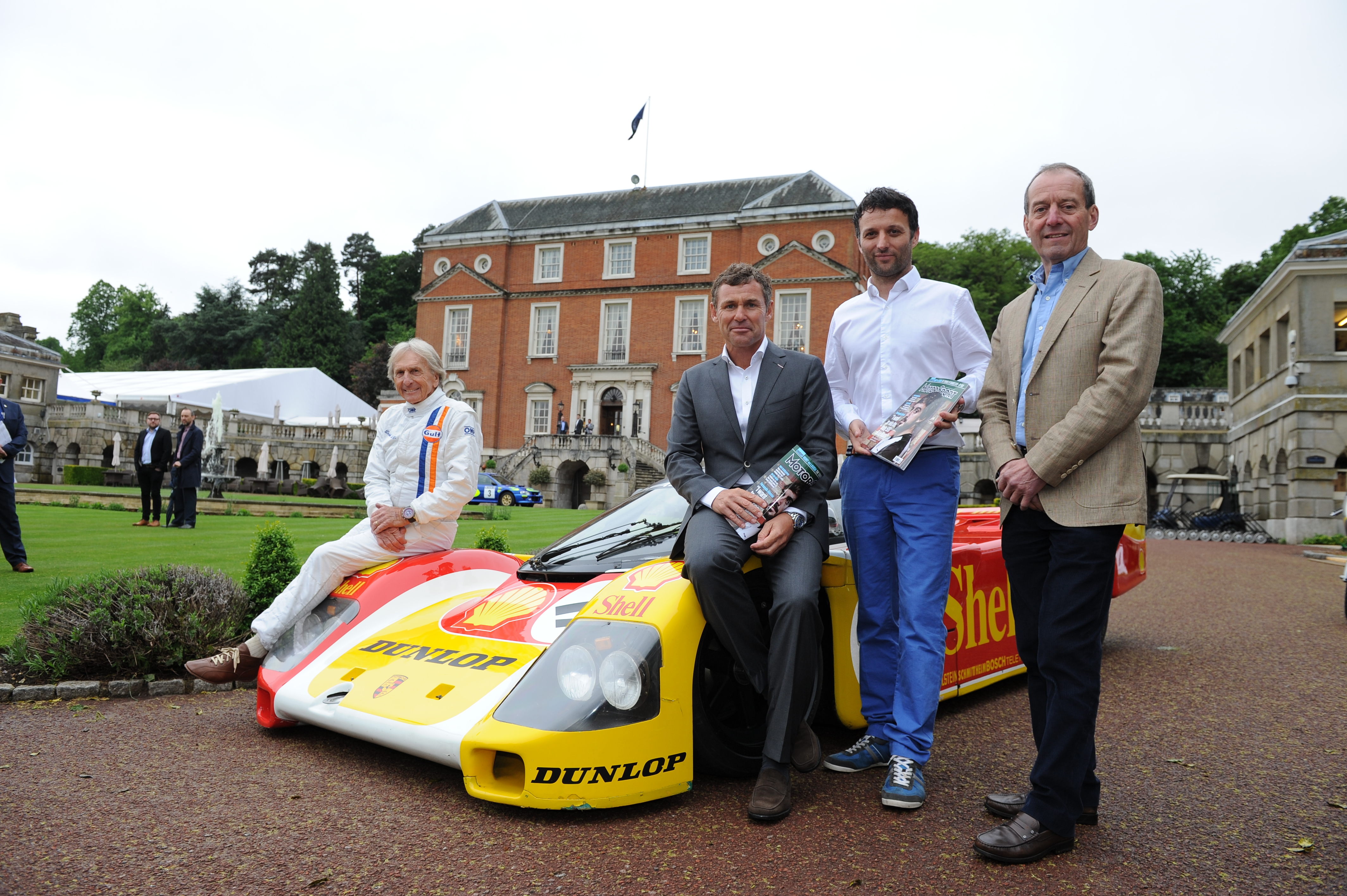 Two days later the tranquility of the Royal Automobile Club’s Woodcote Park estate in leafy Surrey couldn’t have been more stark in its contrast – although we did out best to break the peace as our Motor Sport Hall of Fame landed with a howl of racing engines.

You can read about the Hall of Fame elsewhere on the website and in greater detail in next month’s magazine. But our first Hall of Fame at Woodcote Park featured a welcome addition of demonstration runs on the Captain’s Drive in front of the house. The image of Derek Bell in his 1988 Dunlop-liveried Porsche 962C spooling up the hill will linger long in the memory, thanks partly to the car filling the entire width of the road – but also because of golfers staunchly refusing to be distracted as they lined up approach shots to the 18th green. The five-time Le Mans winner and his striking racing car meant nothing when a par at the last was in sight.

The Live event in the afternoon was great fun (despite the weather), as was the panel discussion I was lucky enough join, beside Tom Kristensen, Derek Bell, Darren Turner, Jackie Oliver, our own Mat Oxley and host Jennie Gow. As for the star-studded evening awards ceremony, emotions ran high as five new members took their place in the Hall of Fame.

Tributes to the late Professor Sid Watkins, who was voted in from the Formula 1 nominees, raised a lump in the throat. His old friend Ron Dennis was on hand to herald Sid’s place in our club, and he almost choked with emotion as he made the announcement. The Prof’s widow Susan and son Alistair joined him on stage to remember one of the great men of Formula 1 history.

Following in the wake of Dan Gurney’s award in the US racing category, and the All American Racer’s touching acceptance speech via video from California, it was another incredible highlight of a remarkable week.