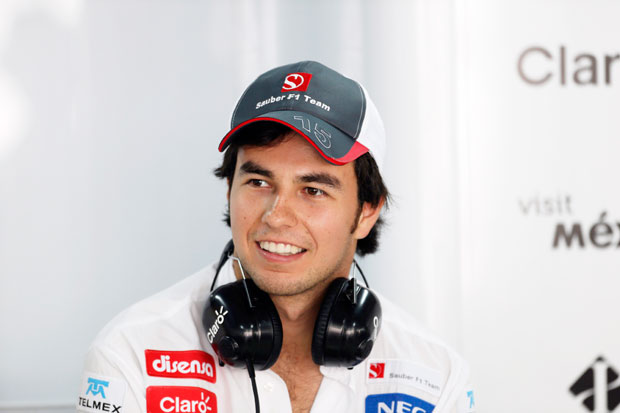 There may be a World Championship to be decided at a hot and humid Interlagos this weekend, but nevertheless attention has inevitably already turned to next year, and who will fill the last few remaining vacancies on the grid.

On Friday morning two questions were answered within minutes of each other when Sauber confirmed that Esteban Gutierrez will move up from his reserve role, and Caterham announced that Charles Pic is to switch across from Marussia. With HRT looking unlikely to survive, there could be just 22 slots in 2013, and an influx of new names means that some familiar ones will be out of a job.

After a period of stability only four teams head into 2013 with unchanged line-ups, and one of those has yet to 100% confirm that both drivers are indeed staying. They include the two title contending teams, Red Bull and Ferrari, who will keep the same pairings for a fifth and fourth season respectively.

There are longer term question marks at both teams. Once again Mark Webber heads into a season on a one-year deal with RBR, and thus speculation will no doubt start early about what his intentions are for 2014. Meanwhile at Ferrari Felipe Massa has been given only a one-year reprieve, so a bad start to the season for the Brazilian will re-ignite the usual rumours about his impending departure.

The only other 100% confirmed line-up is at Toro Rosso, where Jean-Eric Vergne and Daniel Ricciardo have both been given a second season. However Antonio Felix de Costa, the latest Red Bull protégé to make his mark, will be waiting in the wings.

Lotus has announced Kimi Raikkonen, but has yet to confirm that Romain Grosjean will be his partner. The Franco-Swiss driver has enjoyed mixed fortunes this year, but given that he’s managed by the same organisation that owns the team, it seems unlikely that he will be dropped. Having said that there must be a reason why he has not been confirmed, and given its cash crisis, one assumes that the team is at least talking to drivers with funding.

So what of the rest? The biggest changes are of course at McLaren and Mercedes, and both have generated a lot of speculation as to how they will turn out. Sergio Perez has done a great job this year with Sauber, but since the McLaren announcement he’s gone through a barren patch. At times he’s driven like a man desperate to save his career, rather than one celebrating the biggest break he’ll ever have. Will he turn out to be a worthy replacement for Lewis Hamilton? Only time will tell, but it’s a huge ask. What his arrival will do is allow Jenson Button to move easily into a clear team leader role.

Meanwhile there are plenty of folk ready to denounce Hamilton’s move to Mercedes as a mistake. Of course he’ll look like a hero if the 2013 car is competitive, but even if it’s not the best, you can expect him to wring its neck. Don’t forget that Alonso kept his title challenge alive this year with what was for the balance of the year was at best the third fastest car on the grid.

It’s all change at Sauber. As well as promoting Gutierrez the team has headhunted Nico Hulkenberg from Force India. It’s a good decision, given the German’s form this year and the potential he showed on the way up. He hasn’t yet earned a spot in one of the top four teams, but he’s on their shopping lists, and many see Sauber as a sort of holding station prior to a possible move to Ferrari.

Whether it really is a step up from Force India for him remains to be seen, for while Sauber had some great highlights in 2012, the former was more consistent. The Swiss team has also lost its erstwhile technical director James Key to Toro Rosso.

No other team has confirmed its line-up, but it’s a given that Williams reserve driver Valterri Bottas will be promoted to a race seat alongside Pastor Maldonado. The Finn has impressed on his Friday outings this year, but he may be a little race rusty at the start of the season, as he had no other programme in 2012. The Williams has been a super quick car on occasion, and there’s no doubt that – Barcelona aside – Maldonado squandered some good chances. Bottas could give him a hard time.

Meanwhile well-sponsored British GP2 racer Max Chilton looks like a shoe-in at Marussia, where he will join incumbent Timo Glock. The team will finally have KERS in 2013, so it should make a step forward. Chilton has won in GP2, but his ultimate potential remains unknown.

Discounting HRT, that leaves just two other teams with open seats. There’s a long list of candidates who might land the slot alongside Paul Di Resta at Force India, including the team’s former driver Adrian Sutil, who could make a return after a year on the sidelines. The team still has a lot of time for the German.

The second seat alongside Pic at Caterham is also still up for grabs, and it’s likely to go to someone with backing. Vitaly Petrov could yet stay on, but Dutchman Giedo van der Garde has been doing a lot of Friday sessions, and is well funded.

So who loses out in the merry-go-round? At the time of writing Kamui Kobayashi, Heikki Kovalainen and Bruno Senna all appear to have out of options, although Senna does at least have some support.

Also still on the sidelines are 2011 Toro Rosso refugees Sebastian Buemi and Jaime Alguersuari, although the latter insisted some weeks ago that he would find a place on the grid. There are some talented names on that list, and Petrov and Sutil can be added if they don’t get the Caterham and Force India drives.

It’s an indication of the way the sport is going, with teams desperately seeking cash and those with funding invariably having priority – although to be fair if you have won a GP2 race, you are probably good enough to at least have a crack at F1. Both Maldonado and Perez proved this year that drivers attached to sponsorship deals are not necessarily a bad thing.

Money has always talked in this sport of course, but its voice is getting louder…