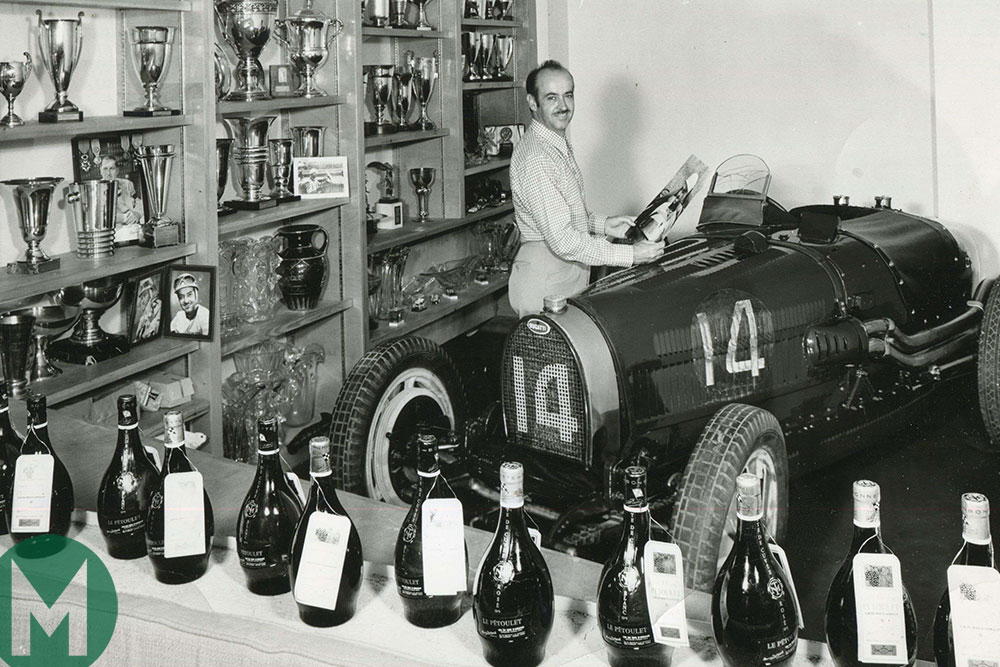 The 1931 Bugatti Type 51 in which two-time Monaco Grand Prix winner and Le Mans 24 Hours victor Maurice Trintignant won his first Grand Prix is going under the hammer at the Artcurial Rétromobile sale, taking place in Paris on February 8.

And this chassis number 51128, which was entered in several Grands Prix and won plenty of races in several different drivers’ hands, is in fine original condition and is expected to bring in a tidy sum of €4-4.5 million.

The Bugatti Type 51 is a noteworthy racing car.

Bugatti clocked up more pre-war victories than any other marque and the Type 51 was introduced to succeed the Type 35. The Type 35 was the car to beat for much of the 1920s but by the early ‘30s it was getting long in the tooth. Around 40 Type 51 cars were produced between 1931 and 1934.

And Bugatti fanatic Trintignant was just 20 when he acquired this Type 51 in 1938, though by that point the chassis had already seen plenty of action including in the hands of Maurice’s late older brother Louis who had won various races in the machine.

Racing driver Marcel Lehoux was this car’s first owner from 1931 and bagged plenty of wins of his own with it. He also took it to a sixth-place finish at the 1932 Monaco Grand Prix.

Louis Trintignant, who already owned several Bugatti, then acquired the car, but sadly died in 1933 when he crashed a Bugatti 35C. Trintignant’s widow then sold the car to motorcycle racer Jules Rolland that same year, though Rolland hardly used the car so sold it to Maurice Trintignant in 1938.

The youthful Maurice needed Louis’s old mechanic Paul Sauret to teach him to drive the machine, and after a session behind the wheel at the Miramas track the initially-reluctant Sauret told Trintignant “you are up there with the fastest”.

Trintignant then used this Type 51 to compete in Grands Prix during 1938 and with it bagged his first victory at Chimay.

During the Second World War the car was literally hidden in bits in hay bales on the family farm in south-eastern France, while Trintignant himself had an even tougher time of it. He was arrested by the Germans and deported, eventually being taken to a work camp in Austria.

Car and driver were reunited post-war and took part in several more races together before Trintignant drifted away from using it as his professional racing career took off in the 1950s, which included the Monaco and Le Mans triumphs mentioned.

Yet the Type 51 clearly meant a lot to Trintignant as it remained on display in his living room until 1974, at which point he sold the car on and its new owner restored it.

“Few Grand Prix Bugatti can claim to be as original as this 51,” said Matthieu Lamoure, managing director of Artcurial Motorcars.

“Coming from a major collection, this rare and sought-after model, with transparent history, will be one of the indisputable stars of Rétromobile 2019.”