The headline’s the big question, isn’t it? Jenson Button’s confirmed move to McLaren for 2010 will make him number one at the team in a physical sense – it’ll be written on his car – but most believe he’ll end up number two in reality. Jenson says he likes a challenge. Well, he’s certainly got one. 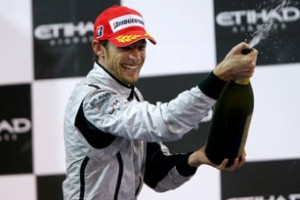 As the World Champion, Button in my mind was the driver of the year despite his struggles over the second half of the season. Actually scratch that. Because of his struggles from Silverstone onward. He is a great racing driver, a worthy World Champion. But is he really a match for Lewis Hamilton in a team where the 2008 World Champion is so at home? 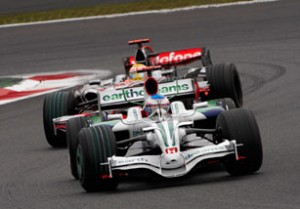 When Martin Whitmarsh says both drivers will be given the same treatment, believe him. It’s always been McLaren’s way to offer equality, sometimes to its detriment (see Alonso vs Hamilton, 2007). But will the team really be able to develop the MP4-25 in different directions for two drivers with starkly contrasting driving styles? And how will Whitmarsh and co deal with the intense focus that will come from having two British World Champions on opposite sides of the same garage?

For what it’s worth, I wouldn’t be quick to write off Button’s chances. There’s clearly nothing wrong with his self-belief, and that’s just as it should be coming off the back of a world title season. If McLaren gives him what he needs, he’ll win races. And as we know, he makes very few mistakes. 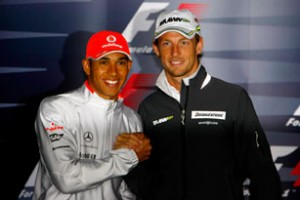 But what do you think? The racing world is chattering away on Button vs Hamilton right now. But what better place than Motor Sport’s website to profess an opinion… (Well, I would say that!)

Perhaps you think the McLaren boys will be second best, anyway – to Fernando Alonso in a Ferrari, or a determined Sebastian Vettel getting into his stride, or Nico Rosberg rising to the occasion in his new Silver Arrow. Let the debate begin.