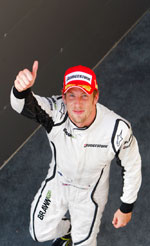 November 26th, 2009: The 2009 Grand Prix season will be remembered for its drama, its controversy and most of all for one incredible story: how Ross Brawn took over a team on the brink of extinction and made Jenson Button a World Champion in 10 short months.

The January issue of Motor Sport includes our Formula 1 season review, featuring at its centre our man of the year: Ross Brawn. Editor-in-chief Nigel Roebuck interviews an engineer and team owner who deserves the status of modern F1 legend. Ross takes Nigel through from the end of his incredible career at Ferrari to his takeover of the Honda team, and on to a remarkable drivers’ and constructors’ championship double.

We reckon he stands in comparison with Colin Chapman as F1’s greatest engineer/team boss. But what do you think?

Other features of our season review include Adam Cooper’s superb explanation of how the biggest technical revolution in F1 for 30 years led to closer racing than ever before – if not more overtaking (which was of course the intention!). Meanwhile, Paul Fearnley visits McLaren to reveal the behind-the-scenes story of how the team took Lewis Hamilton from the back of the grid in Australia to race winner in just six months.

We reckon McLaren’s turnaround from technical disaster to triumph within a single season is the most remarkable in history. Anyone care to argue?

Away from F1 2009, Simon Taylor meets Jochen Mass for lunch and brings us great tales from Capris to Grands Prix and sports cars through the 1970s and ’80s. We knew Mass would be a great target for Simon – and he did not disappoint.

Mass was Germany’s biggest racing star in his era, and towards the end of his frontline career he played a part in the development of his successor: a certain Michael Schumacher.

Mass and the future seven-time F1 champion both raced the stunning Sauber-Mercedes C11 sports car 20 years ago and here we feature this beauty as Bob Berridge prepares to let it loose in the historic Group C series in 2010.

Schuey in a Silver Arrow? Now where have we read that in the last few days? It’s almost as if we knew…

UK readers can enjoy an extra special treat with this issue. Peter Ustinov’s comedy classic, ‘The Grand Prix of Gibraltar’, is a rare case of satire and motor racing colliding – and we’re giving it away free with the magazine. As Nigel explains in his Reflections column this month, humourist and Hollywood star Ustinov was an avid fan of motor racing and recorded this commentary of a fictional motor race in a New York studio in 1957 – without a script. His characterisations, voices and sound affects capture the era perfectly. And it’s very funny.

Unfortunately, it is impossible for us to include the audio CD with overseas issues. But it is available to buy at a very reasonable price here on our website shop.