It’s all unconfirmed, but Lewis Hamilton could well be looking at another PU grid penalty within the remaining six races. On the one hand, the Mercedes’ performance has been terrific of late, but without a fifth power unit that fourth one he took the grid penalty for in Istanbul has to do most of the heavy lifting in his run to the title finale.

From the beginning of the season up until Zandvoort practice he had two of his allocated three units in full play, but PU no1 broke there, having done six of the preceding 10 races. The second was introduced at round six in Baku and is still in the pool but the ICE part of it is at or near its mileage limit and can be considered no more than a Friday engine. The other component parts of that power unit – electronics pack, turbo, ERS-H, ERS-K, battery – were fitted to PU no4 introduced in Turkey.

PU no3, introduced at Spa and raced at Monza and Sochi, is in the pool and in theory is still within its mileage limit to be raced again. But there is a concern about the longevity of all of them, as they have displayed ‘strange noises’ at mileages which are high but still within their allocated lifetime. If there is a question about PU no3, can PU no4 be expected to do seven races (including the one it’s already done) without the same concern arising? 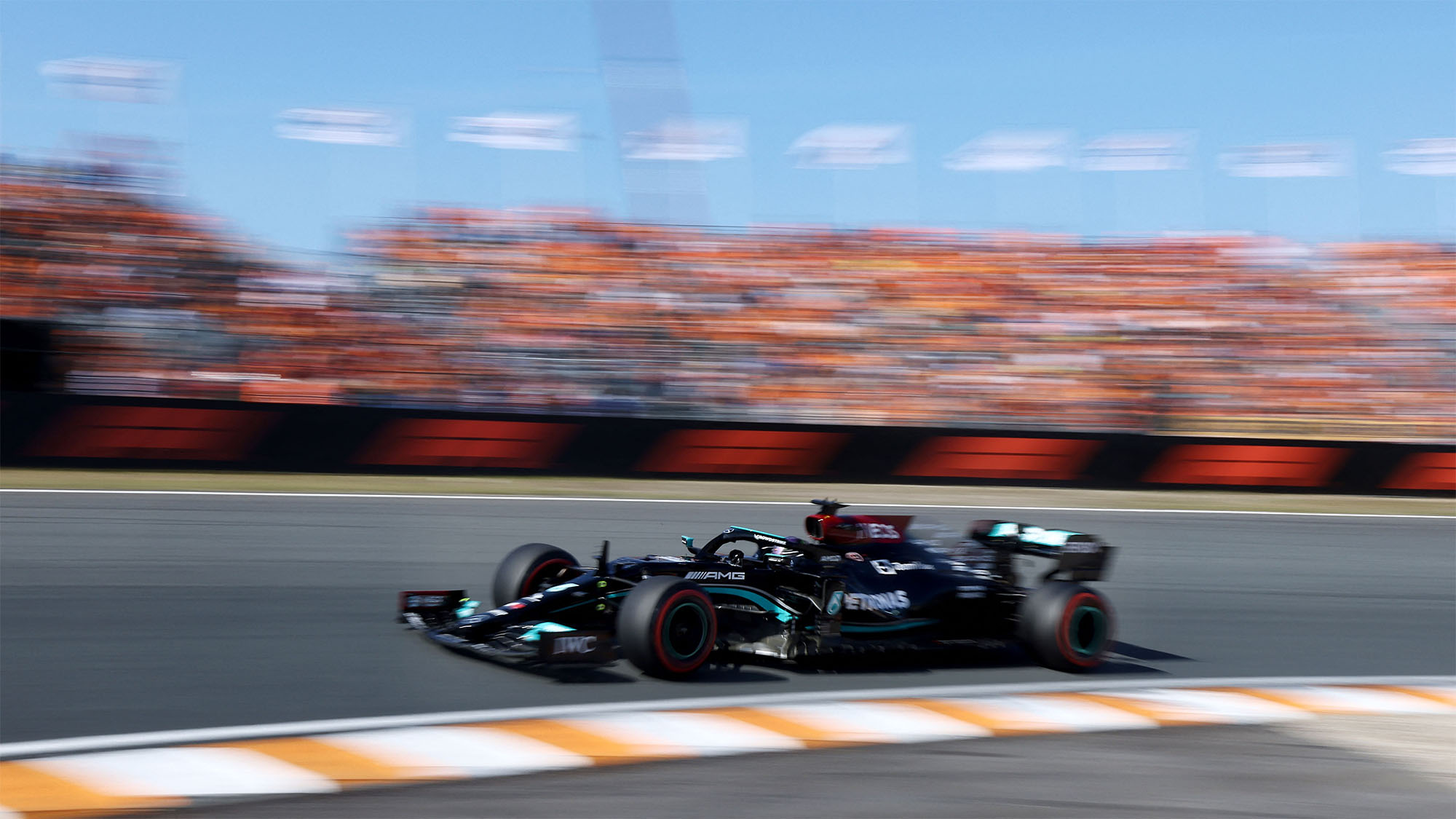 PU no1 gave up the ghost for Hamilton in Zandvoort

“There could be a moment when you say, ‘is it worth taking a fresh one because the other one is still at risk’,” said Toto Wolff in Istanbul, “so this is something that will be really a work in progress. I would very much hope not, but there are seven tough races in front of us. Let’s see how the points pan out and I would never say no. But normally, four engines looks quite sufficient.”

Valtteri Bottas’ fourth ICE, freshly introduced at Monza, was displaying signs worrying enough that it was immediately replaced by a fifth one race later, in Sochi. Nicholas Latifi recently took a grid penalty for his fourth Mercedes PU at Williams as did Daniel Ricciardo at McLaren. So far the Aston Martin drivers plus McLaren’s Lando Norris and Williams’ George Russell are still managing with their original three but maybe for not much longer.

“Because these boundaries are being pushed, we have seen examples of, let’s say, unusual noises within the combustion engine that aren’t completely understood yet,” said Wolff, “and therefore caused some trouble in the past.

“We had engines that basically failed, and now it’s about containing the problem, because in that phase, redesigning parts is not something you would tackle.

“Balancing performance and reliability has always been the key metric in the past couple of years, and it will be also going forward.”

“We have seen over the course of the season that we have some little gremlins that we weren’t completely sure where they came from and how much performance they could potentially cost. We would rather have a new engine in the pool that can possibly go longer.”

This was a reference to the fourth Hamilton engine, rather than a conformation there will be a fifth.

“I think we understand much better now where the root cause lies and it’s something that can happen from time to time if you just have a material issue, a batch problem, and these are the things you need to consider.”

Meanwhile the word from Honda is that it sees no reason why Max Verstappen cannot get through on his remaining pool of three (the fourth, introduced in Sochi, was only a replacement for the one damaged in the Silverstone crash). 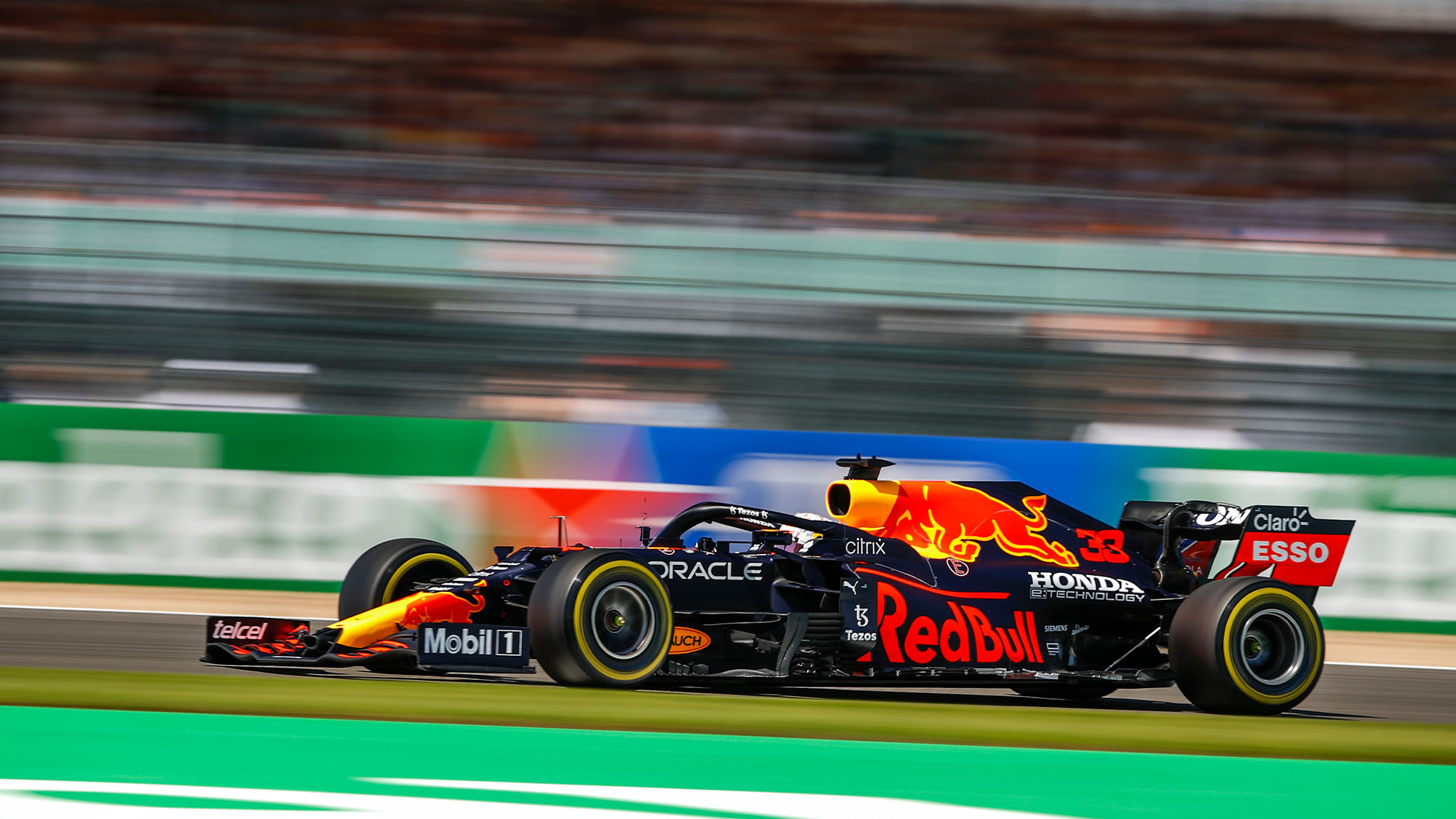 Honda had to introduce engine no4 for Verstappen after Silverstone shunt

So while Red Bull worries about Mercedes’ recent pace, Mercedes is worried about further grid penalties. If a fifth ICE is used, the saving grace is that the other component parts of the PU package all seem to be rock solid so shouldn’t need to be replaced. Furthermore, the penalty for a fifth ICE would only be five places and not the 10 imposed for the fourth.

So if Mercedes can introduce a new Hamilton ICE and take only a five place drop, it could be done at, say, Mexico, where Mercedes does not expect to be competitive because of the limitations its turbo always suffers in the high altitude. Let’s say he qualifies a nominal third there, translating to eighth after a grid penalty. A podium would surely be feasible from there in such a situation, minimising any points loss to his rival.

There are of course an infinite number of ways this could yet play out, but the performance/reliability balance between Mercedes and Red Bull is very much the frame of reference going into the last six events.