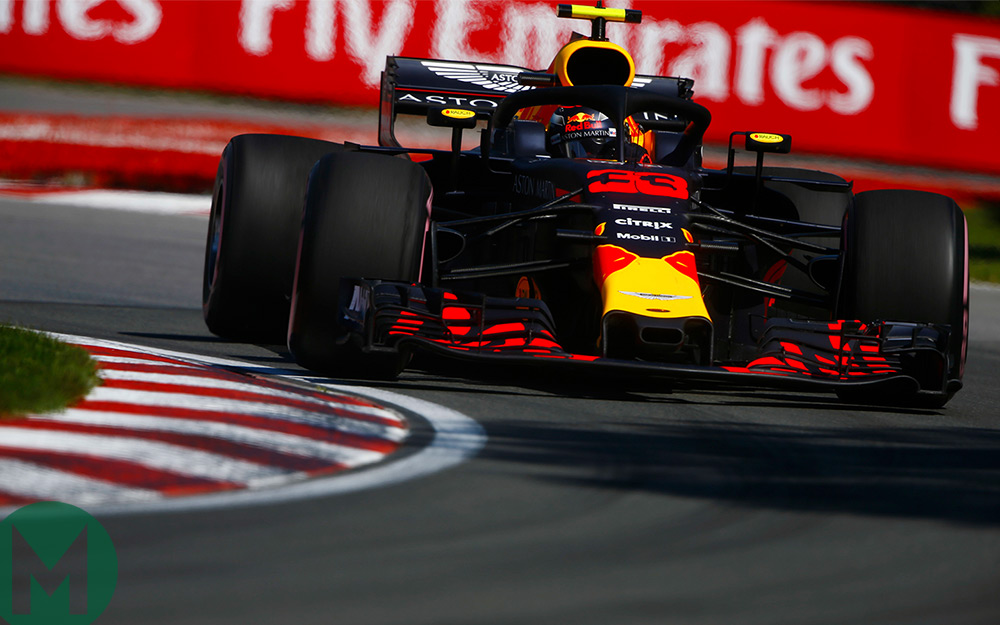 Kimi Räikkönen was the only driver to get close to Verstappen, lapping the Circuit Gilles Villeneuve 0.13sec slower than Verstappen.

Daniel Ricciardo, third-fastest in FP1, spent much of the session in the pits as the team investigated a problem with his Red Bull but ended the session again in third place with a late hypersoft lap.

Neither Mercedes has yet run the hypersoft tyres, instead saving its allocation for FP3 and beyond. Lewis Hamilton managed fourth fastest, with Valtteri Bottas sixth. Ferrari’s Sebastian Vettel split the pair in fifth.

Haas’ Romain Grosjean was best of the rest, in seventh place, ahead of the two Force Indias of Esteban Ocon and Sérgio Perez.

Fernando Alonso capped the top 10, despite not using the hypersoft tyres in the session.

Kevin Magnussen and Nico Hülkenberg, who missed most of FP1 with a gearbox issue, were closely matched in 13th and 14th, two tenths quicker than Sauber’s Marcus Ericsson.

Stoffel Vandoorne broke his McLaren’s suspension with a little more than 30 minutes of the session remaining, ending it 16th ahead of Carlos Sainz, who became the second Renault to draw a red flag in as many session when he lost the rear and hit the barrier at Turn 7.

Both Sainz and Hülkenberg were using non-race gearboxes, and will not incur any grid penalties.

He was able to continue but damaged the back end of his car and scattered debris across the circuit.