“Let us work in peace, please.”

Sorry, Maurizio, but that’s not how it works.

The comings and goings at Scuderia Ferrari has been the soapy operatic backdrop to motor racing since Tazio Nuvolari jumped ship to Maserati in 1933.

Tech chief James Allison’s departure with immediate effect as of yesterday is underscored by tragic personal circumstance – yet as recently as Tuesday direttore sportivo Arrivabene felt compelled to bat back a rumour that Allison was to replace him.

Italy’s team has been, is, and always will be on the front pages as well as the back – and its protestations have been undermined regularly by its obliging with good copy. 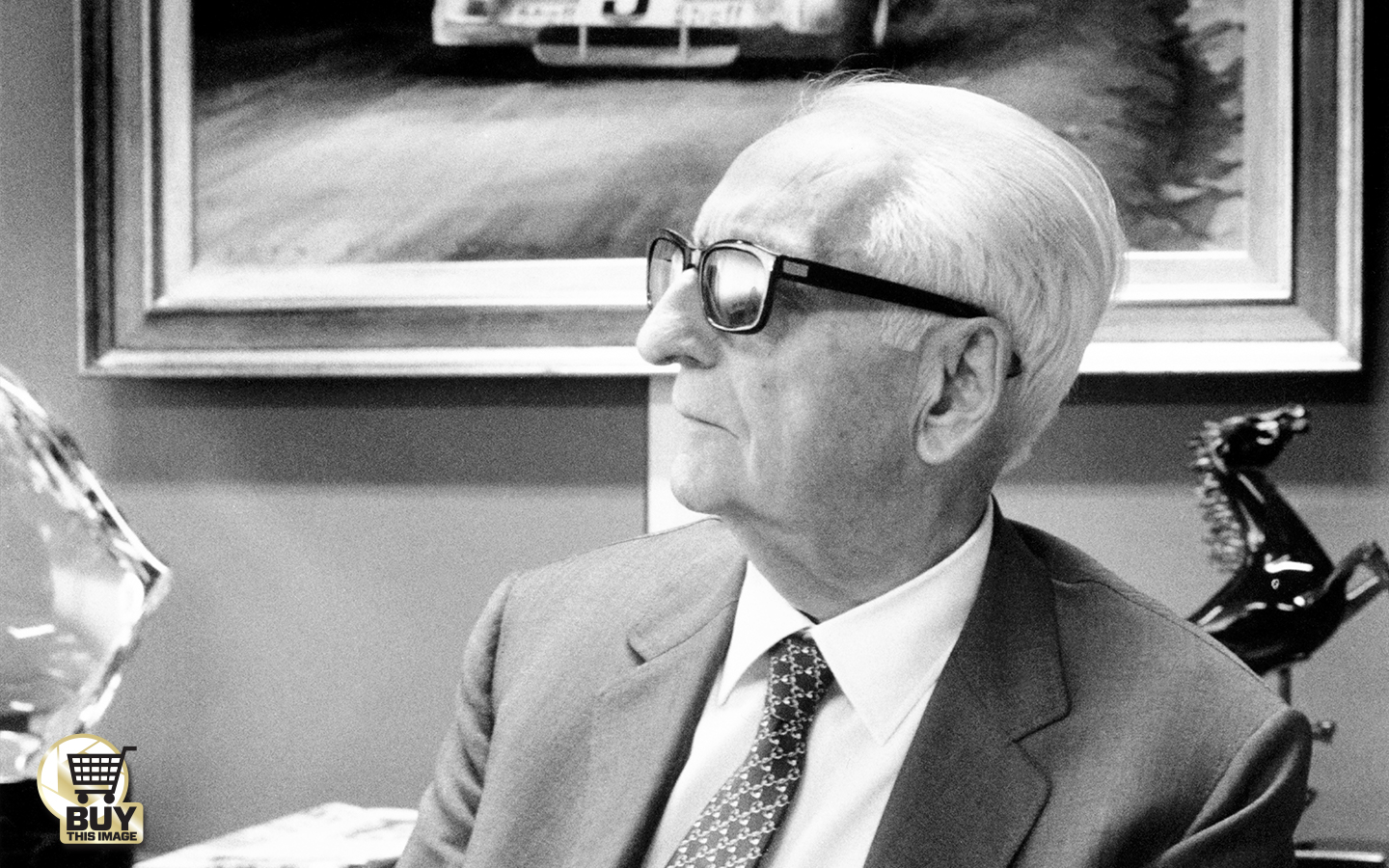 Enzo Ferrari, a journalistic dabbler in his early years – he wrote football reports for La Gazzetta dello Sport and later co-founded a similar publication in Bologna, was a devourer of scandal sheets that infuriated, informed and titillated him in equal measure.

He knew a good story when he read one.

Or when he generated it.

His relationship with Nuvolari, Italy’s pre-WWII racing hero, was tetchy: Enzo’s limited driving ability would be mocked by Tazio; and the limited success of Tazio’s eponymous scuderia was a source of amusement for Enzo.

There was mutual respect, too, of course, and in truth they benefited greatly from one another.

But when Enzo was unable to persuade Alfa Romeo to release its dominant Tipo B monoposti from storage, Nuvolari took umbrage and joined Bologna’s famous racing fraternity to access its 8CM single-seater.

He had used Ferrari-run Alfas to win that year’s Mille Miglia, plus races at Tunis, Alessandria in Piedmont and Nîmes, but that was insufficient for this powder keg of a competitor.

It was through gritted teeth, therefore, that Scuderia Ferrari entered a Maserati for the Belgian Grand Prix at Spa – for a man who had pronounced that he would never again drive for him.

That Nuvolari charged from the back of the grid to win comfortably hardly improved their relationship.

Matters came to a head the following April at the Circuito di Pietro Bordino in Alessandria. Enzo entered no fewer than five Tipo Bs – Tazio’s defection had softened Alfa’s stance.

It was an obvious statement of intent.

Sure enough, Nuvolari tangled on the second lap with the Alfas of Achille Varzi – the ice to his fire – and Felice Trossi. The 8CM slid off the wet track and rolled, coming to rest cocked against a tree.

Nuvolari broke a leg and felt that he had been ganged up on. 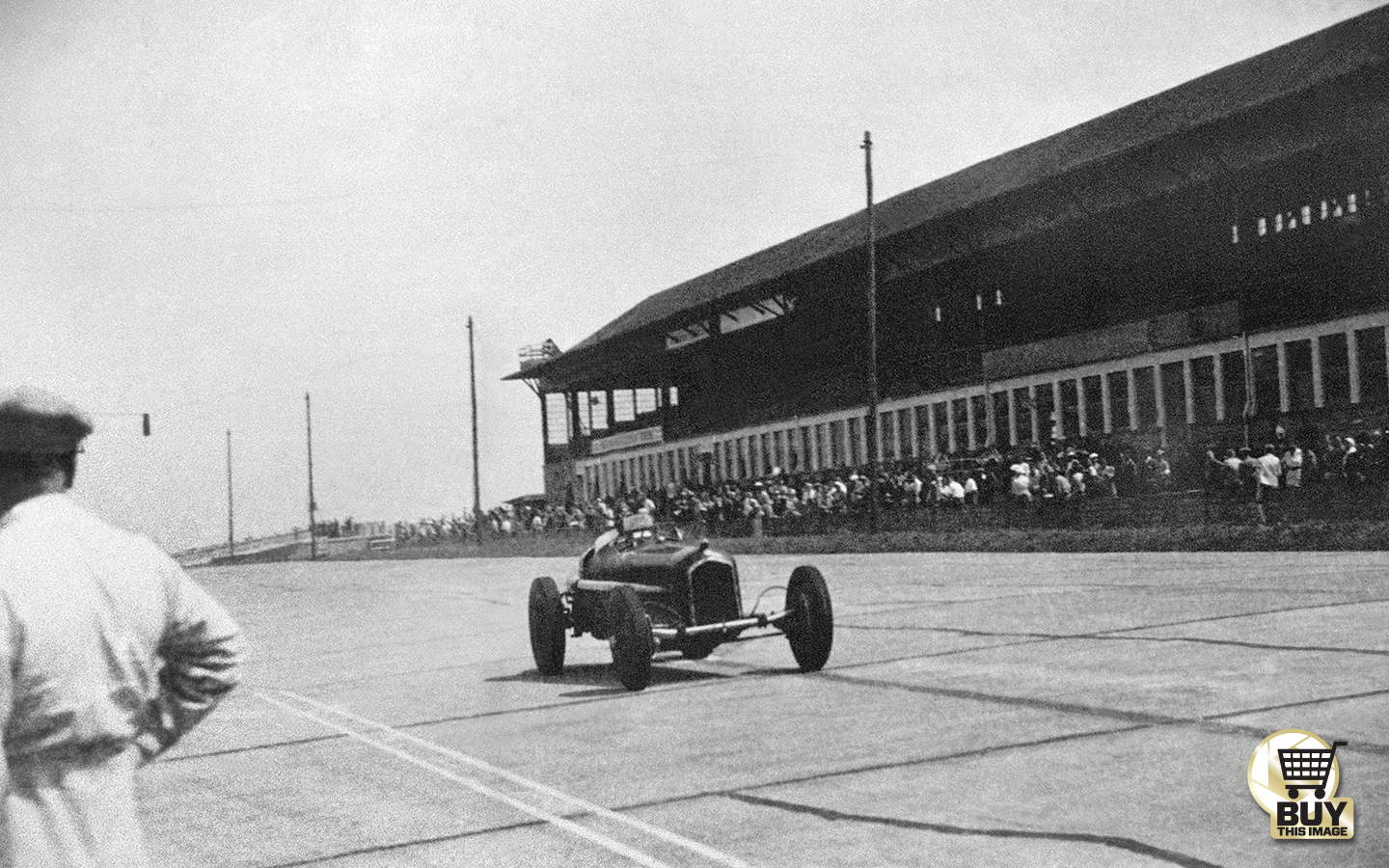 Yet, thanks to much cajoling and counselling by designer Vittorio Jano, the factions would be reunited for 1935.

Nuvolari’s natural Italian successor would be denied by fate any such opportunity.

When Enzo pushed a contract for 1954 under Alberto Ascari’s nose on December 29 – he liked to keep his drivers waiting, in the dark and on their toes – his star driver hesitated; he had been feeling underpaid and underappreciated for some time.

Enzo had no such feeling and didn’t hesitate: he snatched the paperwork away.

Ascari returned to Milan “with a heavy heart” and, coaxed by mentor ‘Gigi Villoresi, signed for Lancia.

In a stroke Ferrari had lost a two-time world champion, a winner of nine consecutive Grands Prix and a man reckoned by many to be faster than Juan Fangio.

Ascari reminded Enzo of what he was missing when he returned briefly – Lancia’s ambitious F1 programme was running very late – to lead the majority of the first 48 laps of September’s Italian GP.

So they, too, might have reached an appeasement had Ascari not decided on a whim to hop into Eugenio Castellotti’s Ferrari sports-racer at a Monza test in May 1955. The details of the ensuing accident are debated still. The bigger picture was that Ascari was dead.

There is a body of opinion that Enzo was an unsentimental businessman for whom racing drivers rather got in the way.

Even the best ones.

Especially the best ones.

He made a powerful enemy of Stirling Moss, then an impressionable 21-year-old, when he jilted him at the 1951 Bari GP – although Stirl was to have driven for the Scuderia, a blue semi-works offshoot at least, in the 1962 season that ended with shocking suddenness against Goodwood’s earthworks.

Fangio, having forced Enzo to assign him a dedicated mechanic that he trusted, so suspicious had the Argentinian become of internal sabotage, was relieved to leave Maranello after his only season there: 1956. 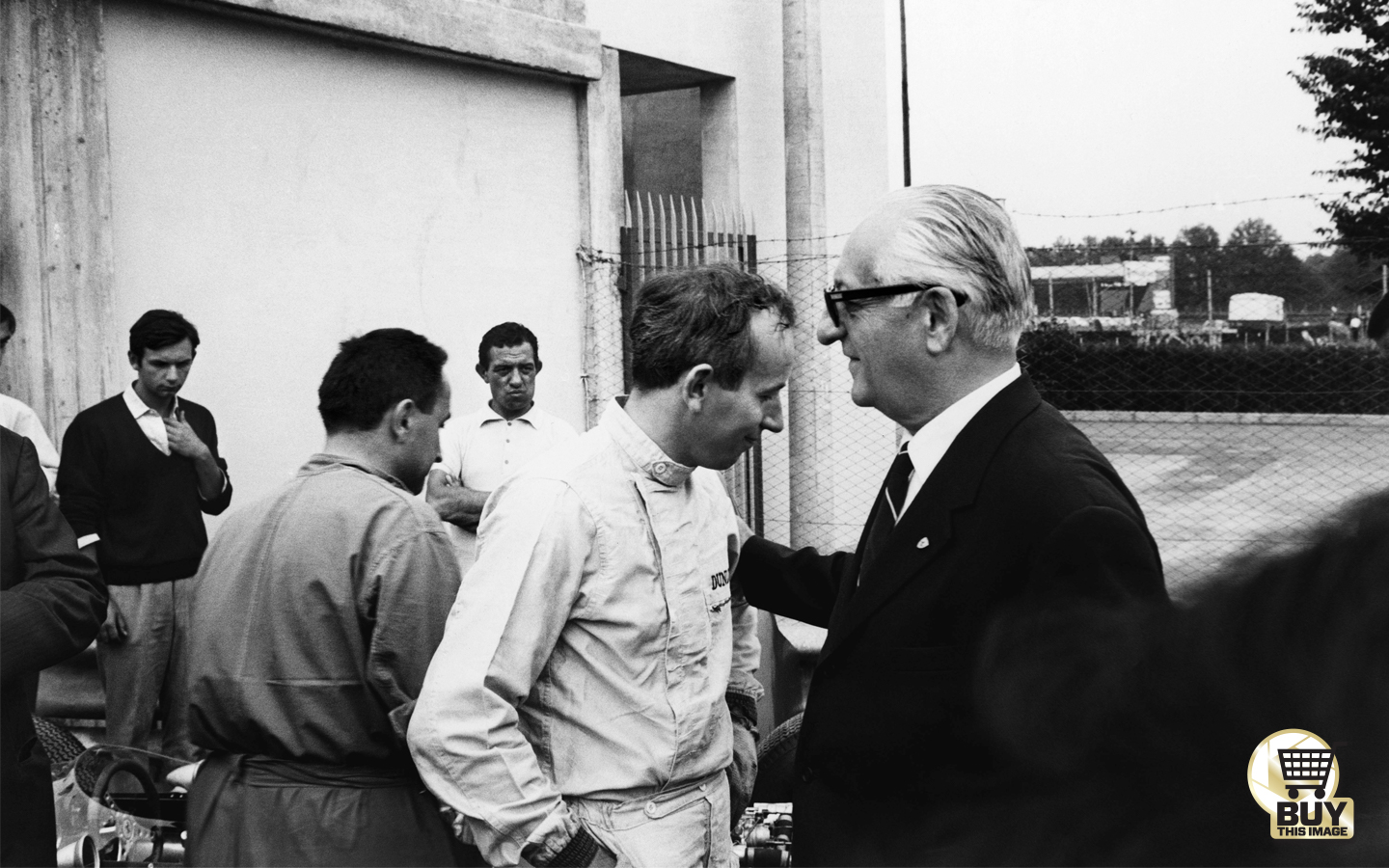 Ten years later John Surtees hoped that ‘The Old Man’ would see it his way rather than manipulative team manager Eugenio Dragoni’s – but the reality of their conversation came up short and yet another world champion walked away.

Chirpy Jackie Stewart, a future three-time world champion, bridled at being called Inglese – and this was the final straw for Enzo during their 1968 negotiation: “What else does he want, the factory?”

Niki Lauda revelled in telling Enzo to ‘stick it!’ immediately after winning the 1977 title, an action that he later regretted.

“It wasn’t really a fair fight,” Lauda wrote in the excellent To Hell and Back. “I was young, I was strong… Ferrari was 78.

“With the passing of time my respect for this great of motor racing and his achievements eclipsed all else.”

But it wasn’t just ace drivers who failed to see the shorter-term ‘benefits’ of working in the “creative tension” lit and stoked by this self-proclaimed “agitator of men”.

At the end of 1961, a successful season by any measure, eight key staff left en masse.

The trigger was said to be a slap administered by Enzo’s wife Laura – “a woman completely devoid of any diplomatic sense” – to commercial manager Gerolamo Gardini. The real reason was simmering corporate resentment: low pay and high dudgeon.

Gardini was joined by tech chief Carlo Chiti – the man who persuaded Luddite Enzo finally to put the ‘ox behind the cart’ and invest in wind tunnel work – and his engineering lieutenants: Giotto Bizzarrini, Fausto Galazzi and Federico Giberti.

Meanwhile, Richie Ginther, bound for BRM, was frisked as he left the building.

To hell with them! 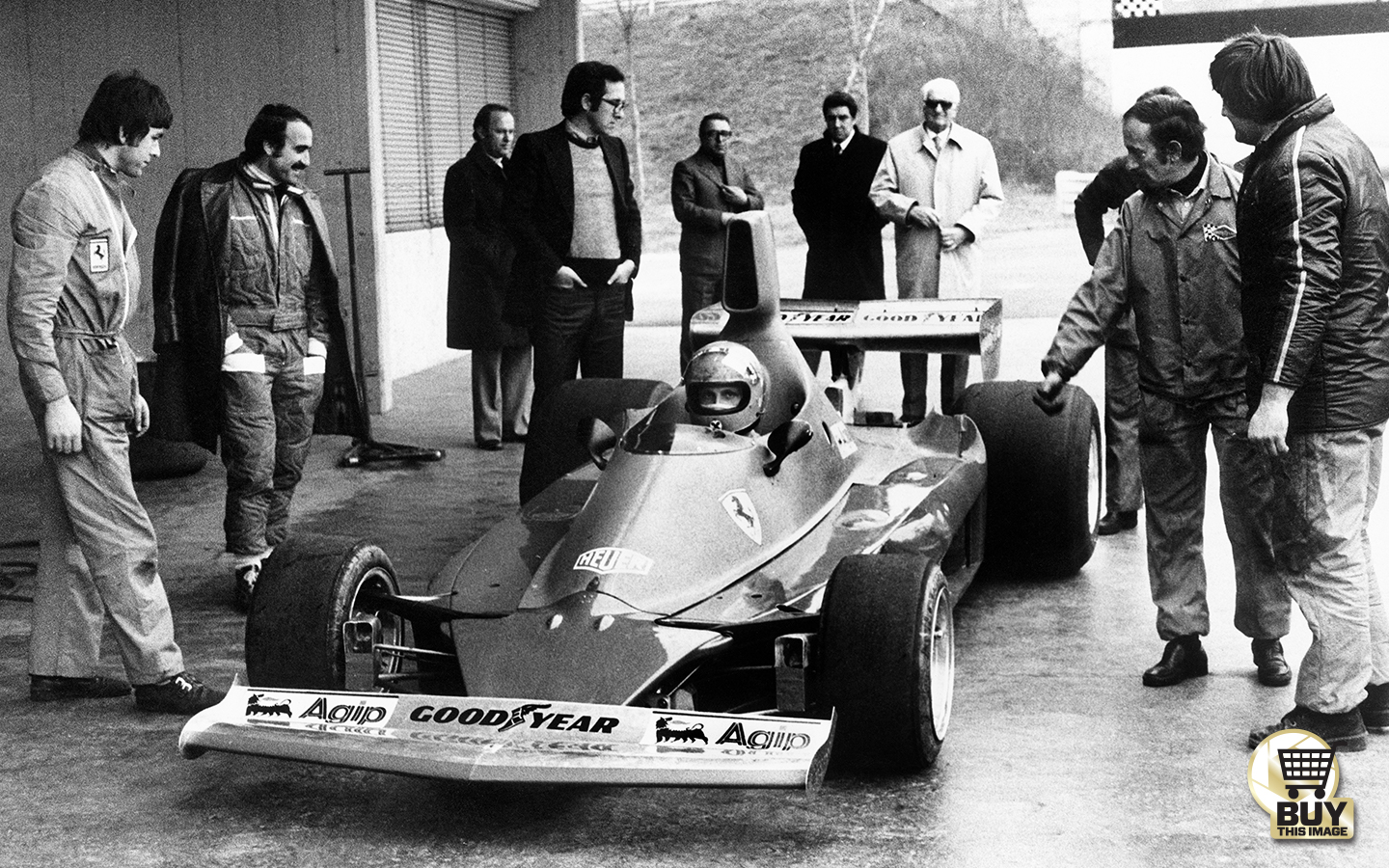 Enzo’s cooler public response was: “[It’s] clearly a matter of the over-inflation of marginal issues which have nothing to do with the normal life of the company.”

As usual, however, he bounced back. Giberti and Della Casa returned within a month and stayed for the remainder of their working lives, and in precocious Mauro Forghieri Enzo found an engineer for all seasons.

Twice the fall guy for failure, twice Forghieri returned swiftly from the wilderness, each time holding a key to extended future Ferrari success: his flat-12 and then his transverse gearbox.

So, nothing is new, Maurizio.

Your modern-day Scuderia in fact has a distinct retro feel, and has done since Luca di Montezemolo – remember him? – burst Michael Schumacher’s bubble 10 years ago.