Chris Craft, who has died at the age of 81, was one of the great characters of British motor sport.

A big player on the domestic scene, notably in Ford Escorts and Capris, he was perhaps best known internationally as a regular at Le Mans, and for winning the European 2-litre title in 1973.

However he also earned himself a little place in the history books as one of the elite group of drivers who have started a single World Championship F1 race.

He was thus known for the rest of his life as a former Grand Prix driver, forever answering requests for autographs from collectors and dealers who had successfully tracked him down.

“I was behind Denny Hulme and had Ronnie Peterson behind me. I thought I’d cracked this!”

That sole outing in the 1971 US GP was never going to lead to change of career path – he was already nearly 32. In reality it was a bit of a Boy’s Own adventure, a chance to try something different both for Craft and his close pal and Ecurie Evergreen team boss Alain de Cadenet.

“Unfortunately Pedro Rodriguez got killed, and I think Alain read in the paper that it was regarded as a minor motor race.

“That was surprising, as there were 110,000 people there, probably more than at most Grands Prix! He took umbrage at that, and said. ‘Let’s go and buy an F1 car.’ He did some deal with Ron Tauranac for a BT33.”

It was actually chassis 2, the car with which Jack Brabham had scored his last win at Kyalami in March 1970 – and in which the veteran Aussie so very nearly won at both Monaco at Brands Hatch, before his retirement at the end of the season.

In late August Ecurie Evergreen set off to the Oulton Park Gold Cup. With Keith Greene on team manager duty Craft qualified 12th in a mixed field of 22 F1 and F5000 cars, although the already outdated BT33 was some way off the pace of the frontrunners.

“It came with the wrong wheels on it – so we could never get it to feel right!” he said.

“I must admit that I wasn’t very happy with it. It was terribly light, and I couldn’t get any feel in the steering.

“Later on we found out it should have had 20in wheels and it had 22in wheels, and the geometry was wrong. It was Jean-Pierre Jarier’s first F1 race as well, and we lapped him.” 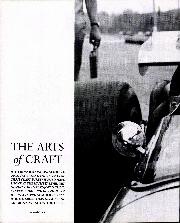 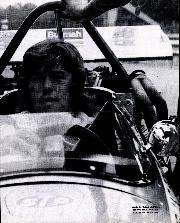 The arts of Craft

With more backing and a couple of lucky breaks, the talents of Chris Craft surely would have shone at the highest level. Yet no-one can have enjoyed their career more.…

In fact he finished fifth overall both in the second heat and also on aggregate, and was third in the F1 class. His lap times had improved significantly over the course of the weekend.

De Cadenet decided not to go to the next World Championship race at Monza, although a curious organisation called Consultarace claimed to have rented the car for Nino Vaccarella to drive.

Instead he made the rather more ambitious decision to travel to the final two events of the season at Mosport and Watkins Glen, as Craft recalled: “In Alain’s wonderful chaotic way we went off to North America, via Page and Moy, with the fans.”

Craft was one of three drivers not to make the field at Mosport. However a soaking wet warm-up session saw Henri Pescarolo and Howden Ganley crash heavily enough to rule both men out of the race.

Craft and fellow non-qualifier Skip Barber were thus invited to join the back of the grid. Unfortunately after an overnight engine change in preparation for the upcoming US GP the Brabham didn’t run cleanly, and thus Chris had to cede his place to Pete Lovely.

“In Canada I was a reserve, but after other people had problems we got onto the grid. We came round to start the race, and the engine went all funny.

“It transpired that it had broken a cam, so we didn’t start. I can remember having a good few drinks afterwards, and riding a scrambles bike back to the hotel. The boys said, ‘How did you get past where the road was washed away?’ I didn’t even notice!”

Craft was guaranteed a start at Watkins Glen, where the Evergreen car was officially entered by Motor Racing Developments as a third works machine alongside Graham Hill and Tim Schenken. He qualified 27th in the 29-car field.

“I finally got used to how bad it was at Watkins Glen, and then you just adapt. I think it cut out and I spun it on the first lap. It stalled, and we got it going. I came in for a new battery and went out again. 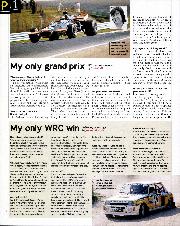 My only grand prix -- Chris Craft

1971 US at Watkins Glen What prompted Alain de Cadenet to take you grand prix racing? We'd just won at the Norisring with an Interserie car. Unfortunately Pedro Rodríguez got…

“I lost a lap and I was stuck in between the pack. I was behind Denny Hulme and I had Ronnie Peterson behind me. I stayed there for about 20 laps, and thought I’d cracked this!

“And I did literally crack it, because the chassis then cracked in half. It started tyre chunking, and that broke the horseshoe on the back of the chassis. I came in and Tauranac gave me a huge telling off.

Craft was now officially a grand prix driver, but neither he nor De Cadenet had any great desire to continue.

“There were the usual offers to go and have tea with Louis Stanley, but I couldn’t be bothered to waste my time.

“It wasn’t any great loss when we decided in the end that we didn’t actually like the people in F1, and that we’d go back to sports car racing.”

In fact the BT33, or at least some of its mechanical parts, morphed into Le Mans contender – courtesy of a moonlighting young Brabham designer.

“That’s what made Gordon Murray to a certain extent – us giving him the opportunity to turn that BT33 into a sportscar, the Duckhams Special.

“And that was a very good car indeed, and I think it brought him to the attention of Bernie Ecclestone. So some good came out of it!”

Indeed De Cadenet and Craft ran as high as fourth in the 1972 Le Mans 24 Hours. They were eventually classified 12th after Chris crashed during a shower in the closing hours of the race.

Craft would be a solid performer in the Rothmans F5000 series in 1973-74, proving that he could handle a powerful single-seater. 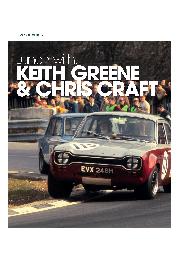 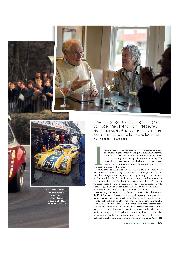 I'm in a village pub, listening to two old friends reminisce about spending their entire working lives in and around motor sport. One raced his own marque of Formula 1…

May 2012 Issue
By Simon Taylor

He never did have another crack at F1, and later he was more than happy to return to his roots as a regular frontrunner on the British saloon scene. No one could take away the fact that he’d started a World Championship race, even if the man himself played down the achievement.

“It seems to have had much more of an effect on other people!” he reflected. “I can’t say I particularly wanted to be a grand prix driver, to be perfectly honest.

“I suppose as a youngster I would have really enjoyed it, but I was getting a bit more cynical by that time. I’d raced against most of those people in sports cars anyway, so you weren’t daunted.

“You were only daunted by the fact that they had really good, professional teams. It was good for Alain to have ago, and I take my hat off to him for trying to get in there as an independent.”