British Grands Prix through the years, from Silverstone to Aintree, Brands Hatch and back 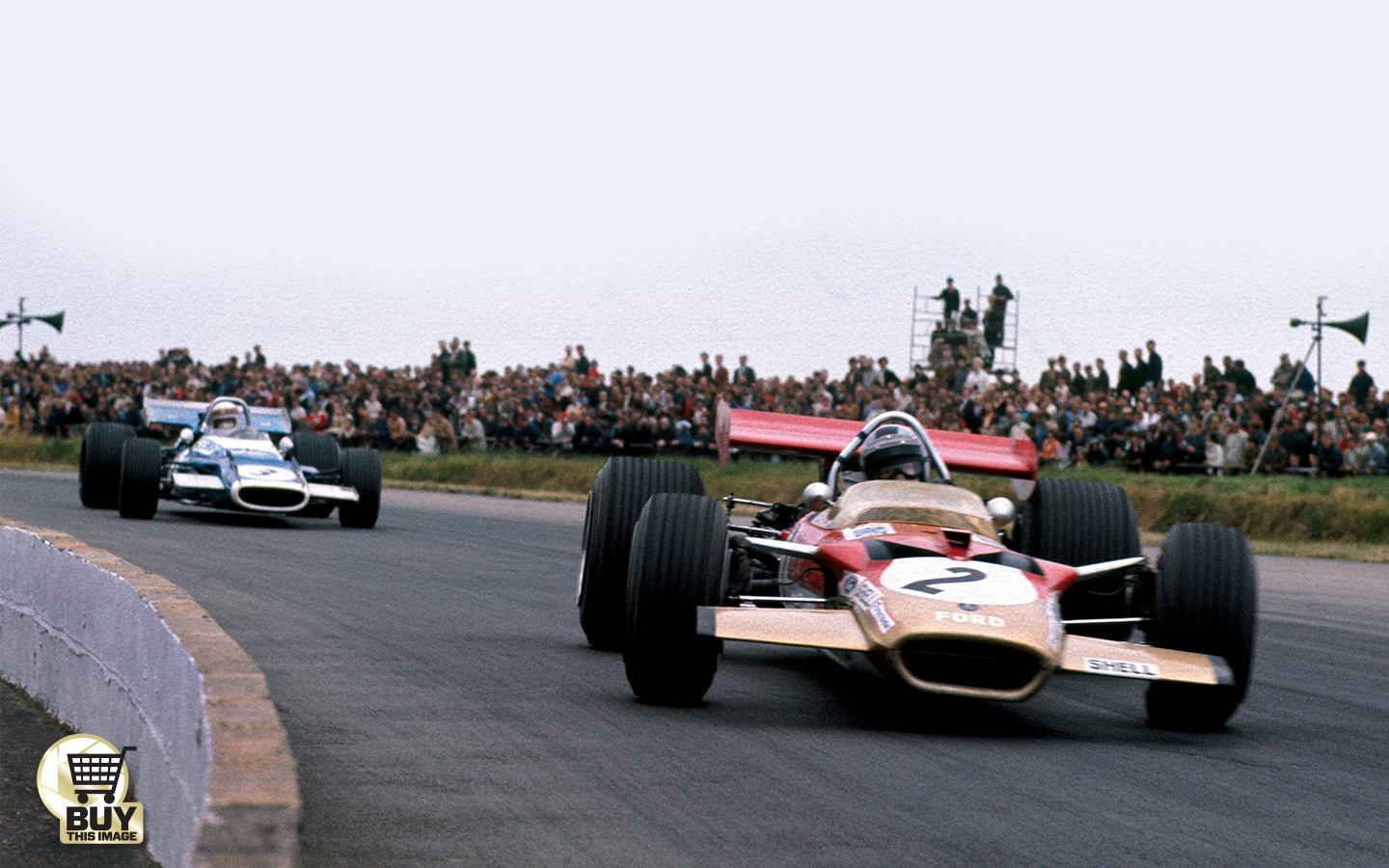 Silverstone hosts the British Grand Prix this weekend for the 53rd time since it was first used in October 1948. It was chosen as the inaugural round of the new World Championship in 1950 and Giuseppe Farina began his title-winning campaign by leading a dominant Alfa Romeo 1-2-3. A year later, José Froilán González converted pole position into Ferrari’s first GP victory.

That was the first of four Ferrari wins in a row before Silverstone began to share the race from 1955, first with Aintree and then Brands Hatch. BRM led the opening laps in 1956 but failed to finish, and Peter Collins scored a popular home win two years later, albeit behind the wheel of a Ferrari Dino 246. Tragically however, Collins was killed during the German GP just two weeks later.

Graham Hill recovered from a poor start in 1960 to storm through the field and lead a GP for the first time. A famous victory was lost when he spun at Copse with six laps to go, defending champion Jack Brabham was on hand to claim the win. Hill’s Lotus 49-Ford led convincingly in 1967 before a bolt worked loose in his rear suspension, which gave team-mate Jim Clark his fifth British GP victory in six years.

Jackie Stewart out-duelled Jochen Rindt in 1969 and repeated that victory two years later. The 1973 race was stopped after two laps when Jody Scheckter’s McLaren spun to trigger a multi-car accident. There was more chaos two years later when Emerson Fittipaldi scored his final Grand Prixnvictory after heavy rain decimated the field and forced the race to be abandoned with 11 laps remaining. Clay Regazzoni scored Williams’s first win in 1979, two years before John Watson – who had battled James Hunt for the lead in 1977 before retiring – won for McLaren.

Silverstone was awarded an exclusive contract to host the British GP from 1987, a race best remembered for Nigel Mansell passing Williams team-mate Nelson Piquet into Stowe Corner. Second in 1988 and 1989, he scored back-to-back victories in 1991 and 1992 to spark Mansell-mania in the grandstands. In 1994, a year after being denied by engine failure, Damon Hill did what his father was unable to and won the British GP. He crashed into Michael Schumacher’s Benetton in 1995 to hand a breakthrough victory to Johnny Herbert. Schumacher won in 1998, despite serving a stop-go penalty on the last lap, but he broke his leg when he crashed a year later at Stowe.

The 2000 race was switched from its traditional mid-summer date to Easter and the meeting was overshadowed by travel chaos and waterlogged car parks. On the track, McLaren’s David Coulthard drove around the outside of former F3 sparring partner Rubens Barrichello to claim his second successive Silverstone victory. 2003 was a crazy affair that included a one-man track invasion on the Hangar Straight, overtaking aplenty and victory for Barrichello’s Ferrari. Lewis Hamilton, who has won the last three British GPs, produced a masterful performance in changeable conditions to win by more than a minute in 2008. Victory in 2010 prompted Mark Webber to quip “not bad for a number two driver” after his new front wing had been given to Sebastian Vettel for qualifying.