First victories and championship wins – the Hungarian Grand Prix, through the years 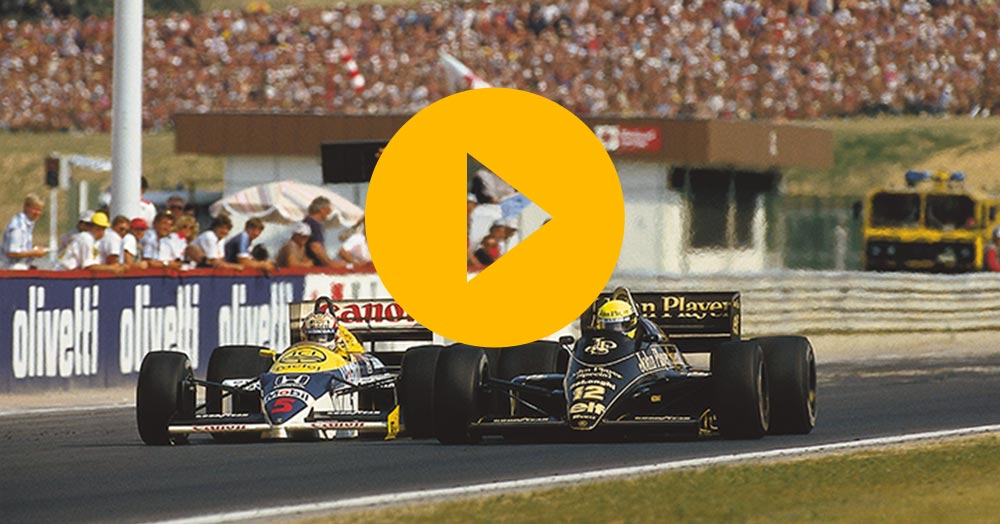 The 1986 Hungarian Grand Prix was a pivotal race in the expansion of the world championship, it was the first such event to be held in the Eastern Bloc. The 200,000 crowd that day was entertained by a two-hour duel between Brazilians Nelson Piquet and Ayrton Senna that was settled by the Williams driver’s decisive pass on lap 57. Piquet repeated that result a year later when team-mate and title rival Nigel Mansell shed a wheel nut in the closing stages.

It proves difficult to overtake at the twisty Hungaroring but Mansell’s Ferrari came from 12th on the grid to win in 1989, a memorable victory sealed when he exploited Senna’s momentary hesitation while lapping a backmarker. Thierry Boutsen qualified his Williams-Renault on pole position a year later and scored the third win of his Formula 1 career after withstanding intense pressure throughout.

Senna won in 1988, 1991 and 1992, Mansell clinched the title by finishing second that latter year. Damon Hill scored his first Grand Prix victory here after leading from start to finish in 1993, the year before Michael Schumacher used a three-stop strategy to beat his English rival. Williams-Renault enjoyed 1-2 finishes in 1995 and 1996 and Hill came within a lap of scoring Arrows’ only GP win in 1997. The reigning champion led convincingly before hydraulics problems within sight of the flag handed victory to Williams’s Jacques Villeneuve.

Mika Häkkinen employed a lightning start to score a second successive victory for McLaren-Mercedes in 2000, while Schumacher matched Alain Prost’s then-record 51 victories when he led a Ferrari 1-2 to clinch the 2001 World Championship. The intra-team roles were reversed on another dominant day for the Scuderia in 2002 with Rubens Barrichello a GP winner for the third time.

It was in Hungary in 2007 where tensions between McLaren team-mates Alonso and Lewis Hamilton boiled over during qualifying. Hamilton responded on race day by leading all the way to the third victory of his career. The Briton’s 2008 team-mate Heikki Kovalainen was on hand to inherit his only F1 win when Felipe Massa’s Ferrari engine expired three laps from victory.

Button won another wet/dry race in 2011 after scrapping with Hamilton at the front of the field. Hamilton narrowly beat Kimi Räikkönen’s Lotus-Renault in 2012, he then followed it up a year later with his first victory for Mercedes-Benz. Red Bull’s Daniel Ricciardo used fresher rubber to snatch victory in 2014 by passing both Hamilton and Alonso during the dramatic last five laps.

Budapest’s Nepliget Park was the centre of racing in the country before the Hungaroring was built to the northeast of the capital. A round of the European Touring Car Championship from 1963 to 1970, this was the venue for the only pre-World Championship Hungarian GP in 1936. Alfa Romeo’s Tazio Nuvolari defeated the Auto Unions of Bernd Rosemeyer and Achille Varzi in a rare victory for the Ferrari-run team.